We had a leisurely start to the day with breakfast being cooked for us, and served by the staff that take care of the house.   Our first stop was Satemwa Tea factory itself which runs 24 hours a day.  We learnt that around 2500 number of people are employed in the peak tea picking season and that around half that number live on the estate with schooling and healthcare being provided for the worker themselves and up to 2 of the workers children. The population of Malawi has exploded in the last few years with better mortality rates for children and adults and so there is an attempt to encourage contraception and smaller families.

The Satemwa Primary School seats +/- 900 pupils. Education is provided in partnership with government who provide the teachers, learning materials and curriculum, whilst Satemwa provides land, buildings and other structural needs such as teachers housing. This year, Satemwa sent 19 pupils to various secondary schools. The school also recently benefited from tea Charity tea Fund which saw construction of a new school  last year.

There is also a Clinic on the Satemwa Tea Estate which provides professional medical services to all employees, and their immediate families and to all students at the Satemwa Primary School. There is a 3 bed antenatal facility and an under 5 clinic on Mondays that is provided in partnership with Government and is accessible to all the communities on and around Satemwa. A 24hour ambulance service funded by the company takes any referrals to hospitals within the district of Thyolo.

I was fascinated to learn about the requirements though that being deemed to be Fair Trade has and the real effect on the workers but that’s perhaps an article for another day.

We were invited into the tea factory and shown a video that had been made about all the different types of tea, how it is picked, with what, and how it is processed too. My eldest was so interested about it all that she actually made notes to take into school.  After the video we were led into a small room to try lots of different tea. 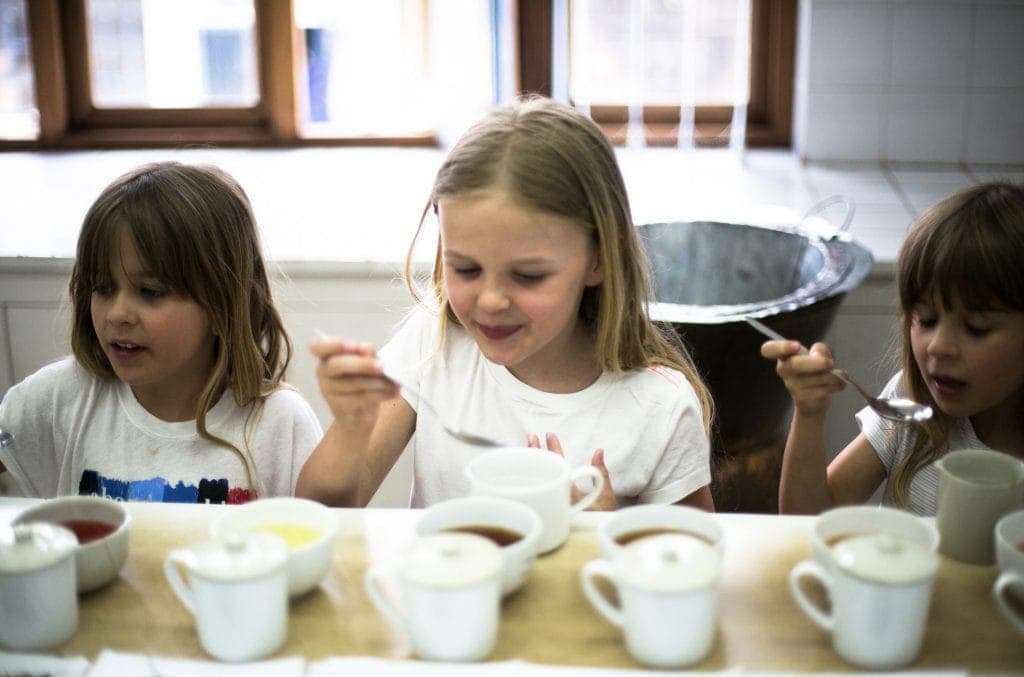 Not being tea drinkers the girls were actually really good sports at trying all the different types of tea. I think it helped that they could spit it out like you do when you are wine tasting (well like some people do when they are wine tasting) and they thought that was funny. It was also interesting to find out that all teas come from the same plant, It’s just about how and whether it is oxidised and blended. I simply had no idea that green tea came from the same plant as black tea.

After the tea tasting we continued on our tour around the Satemwa Tea Estate. The initial plan had been for us to take a picnic up to the picnic spot at the top of the Satemwa Tea Estate and eat up there, but the prospect of rain (which never actually came) meant we were going to eat lunch at Huntingdon House.  The picnic spot has an incredible view over the valley and out to Mount Mulanje – you can literally see for miles and you start to get a bit of an understanding about how large the estate is when you can see it all laid out in front of you. The kids tried their hand at tea picking and were horrified to learn that workers will pick all day to earn around £1 a day (Malawi National Average wage) even more horrified that they had often to walk 2 hours a day to get to work and 2 hours back again, all for £1. This certainly put a few things into perspective for them and they’ve remembered the amount when asking for an ice cream in a shop the other day and we told them it was £1. 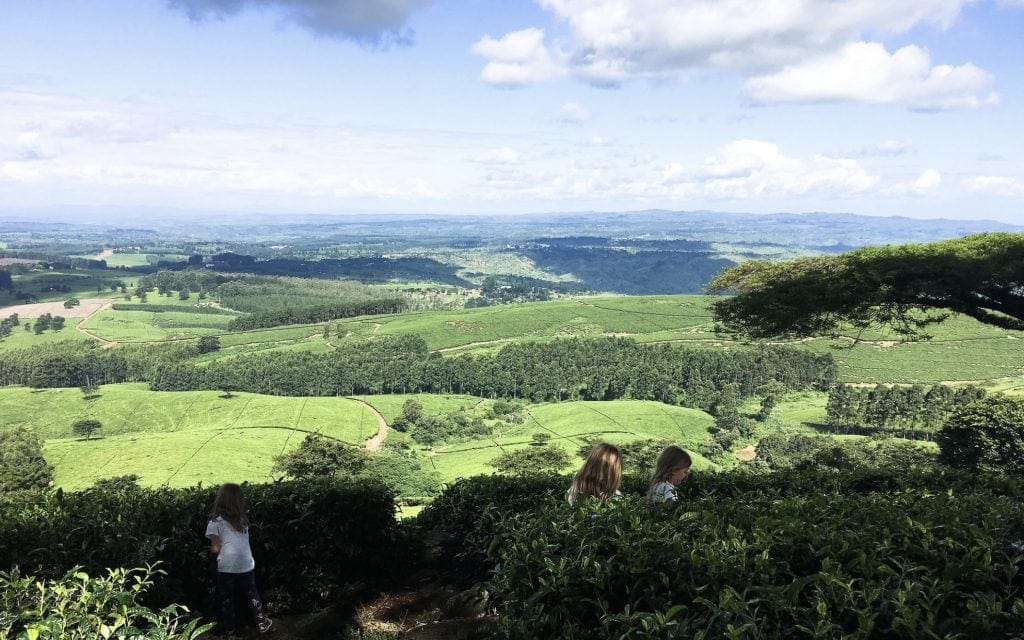 After the trip up to the picnic spot we had a lovely lunch at Huntingdon House. Huntingdon House was built in 1936 in a very English Colonial style and I felt quite the English lady while I sipped iced tea on the verandah and the kids played croquet and badminton with Matt just like they might have done at home (well if we owned a Country pile in Sussex that is!). 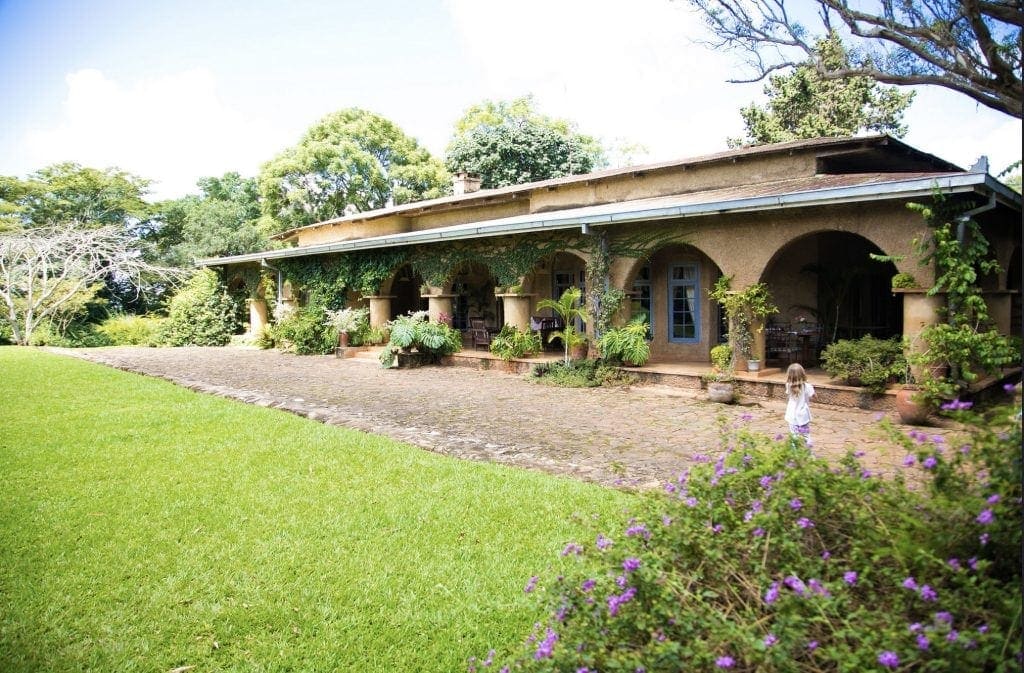 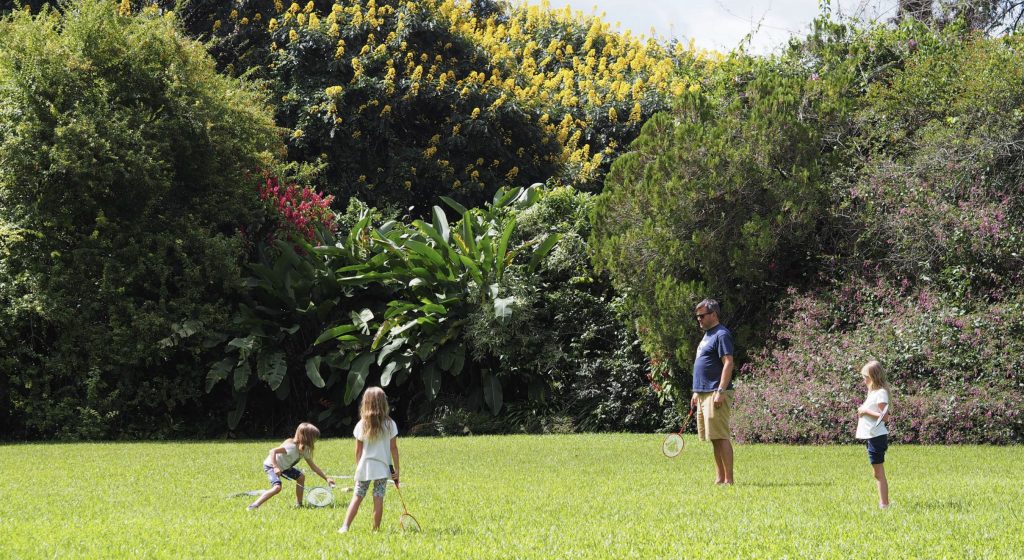 After lunch it was time for a walk through the tea and coffee plantations of Satemwa Tea estate with our guide, we were also given five trees to plant which all visitors to the estate are encouraged to do. Deforestation has occurred on a grand scale in Malawi and whilst obviously planting one tree each isn’t going to make a change on its own, every new tree makes a difference. Other than regular tree planting,  Satemwa Tea Estate also has a program aimed at training workers and members of the community on the use of stoves that use less firewood. 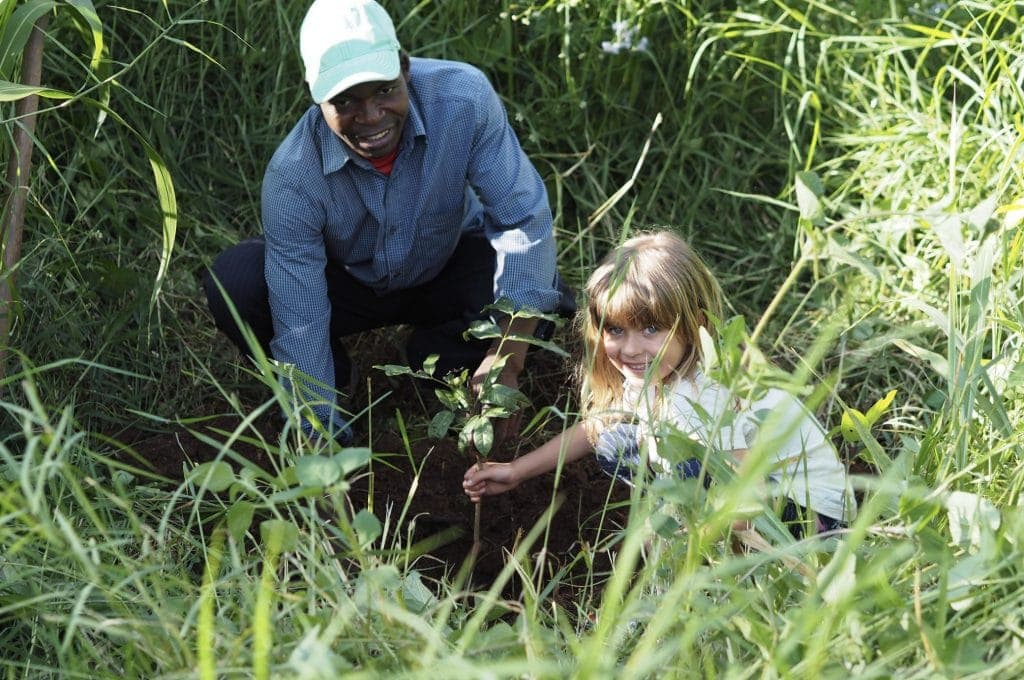 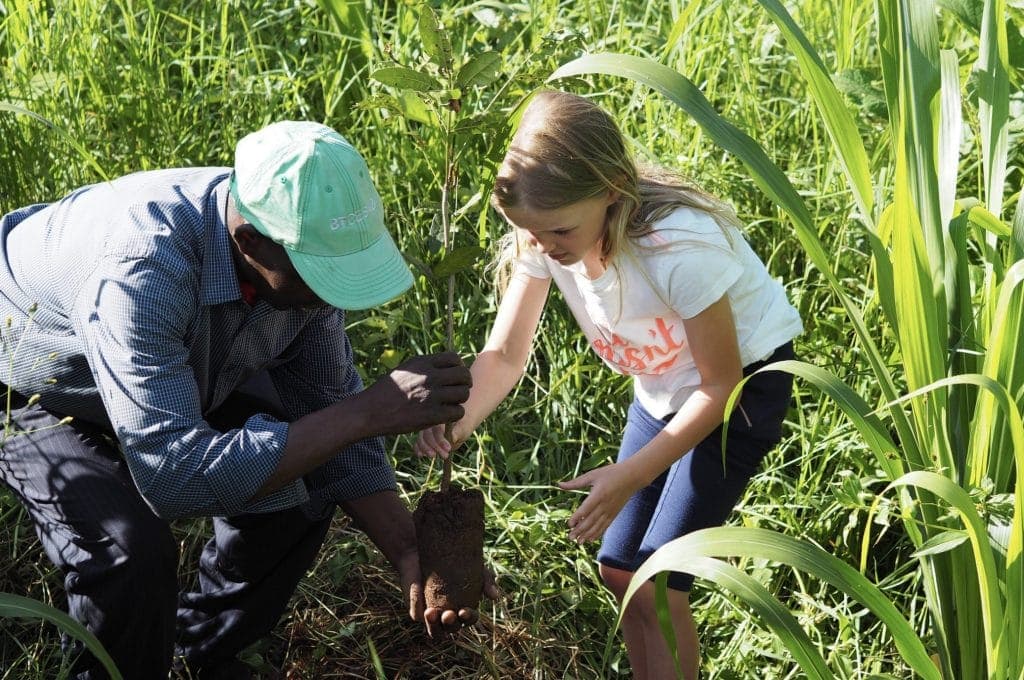 It was fascinating to walk through the plantations and chat to the girls about what working on the estate might be like. I don’t think they could genuinely understand why anyone would do so much work for so little money, but such is the privilege of a western middle class upbringing. 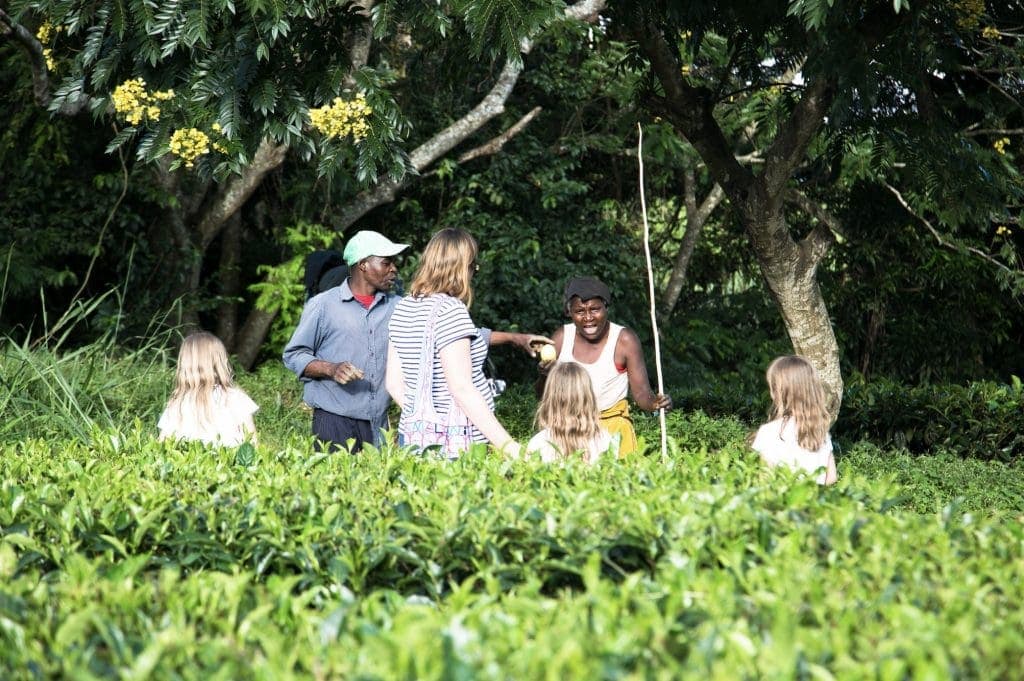 After the wander through the plantations all that was left was for us to return to Chawani Bungalow for a quick shower and change for dinner back at Huntingdon House. Dinner was served at the formal dining table in the house and the girls apparently felt like characters from a fairytale.  The main course of Beef Fillet and mashed potato was exceptionally good, finished off with a chocolate pudding that I could have eaten again and again.

The kids had a fascinating day at the Satemwa Tea Estate and I wouldn’t hesitate to take them again.  It’s an easy day trip from Blantyre but also a lovely place to stay (particularly Huntingdon House!) if you’re travelling around Malawi.

NB: We were hosted at Chawani Bungalow on the Satemwa Tea Estate but all views and opinions are my own.