So we are always looking for new snacks to eat on the go and so when Britmum got in touch and asked us if we wanted to try out some of the Munch Bunch Organic range and see if the girls wanted to #FeedTheirPlayfulNature we thought we should give it a go.

My three are forever telling jokes wherever we are, and since we have introduced the Alexa Echo into our house, joke telling has become even more of a favourite past time than it was before. Now alongside the jokes/mini stories they make up themselves, they can also get Alexa to tell them jokes based on certain topics, whether those be animals, toiletry habits or even yoghurts.

What do cows eat for breakfast?

which isn’t quite yoghurt related but we will have to give them dairy, and Alexa came up with

Why do cows have hooves instead of feet? 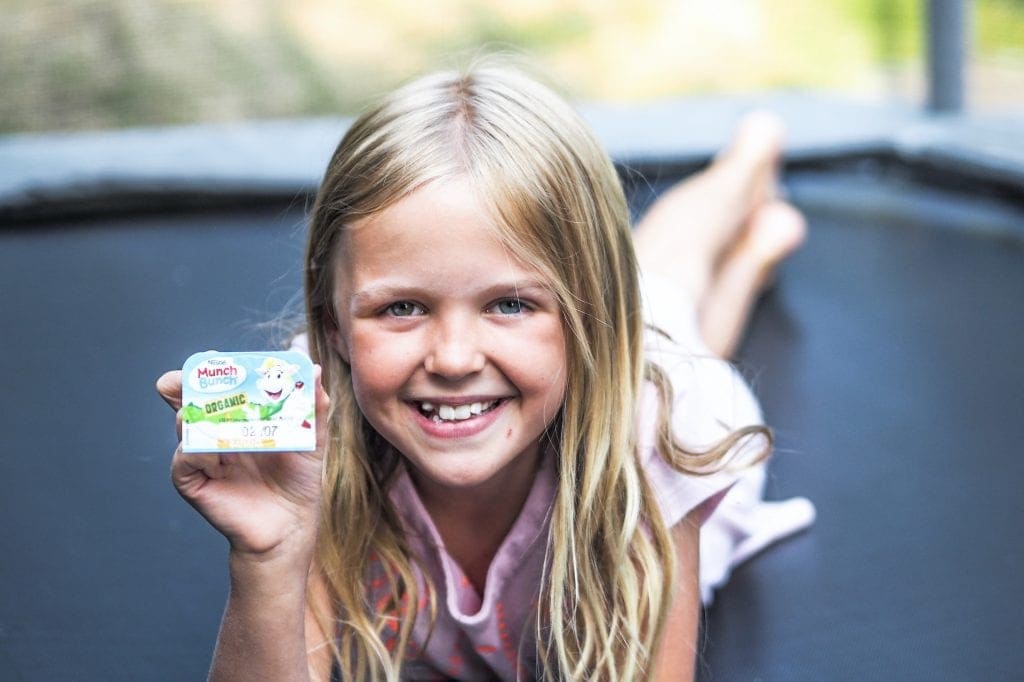 So this Sunday with the weather being still pretty incredible, we decided to spend the morning in the garden trampolining and then cycle to our friends house around 5 miles away, have a bbq and then cycle home.  It was also the perfect day to test out the kids joke telling ability en route and also try the yoghurts on the go too.

We’ve recently bought the kids this really quite enormous trampoline so that they can all use it at the same time. It’s been the perfect addition to the garden and means there is always something for them to play on, even in the rain!  I love how they will choose to head out there before school for a bounce on the trampoline rather than watching endless episodes of things like Millie In-Between!

The best jokes they came up with about their trampolining was:

Thoughts??? It amused them anyway! 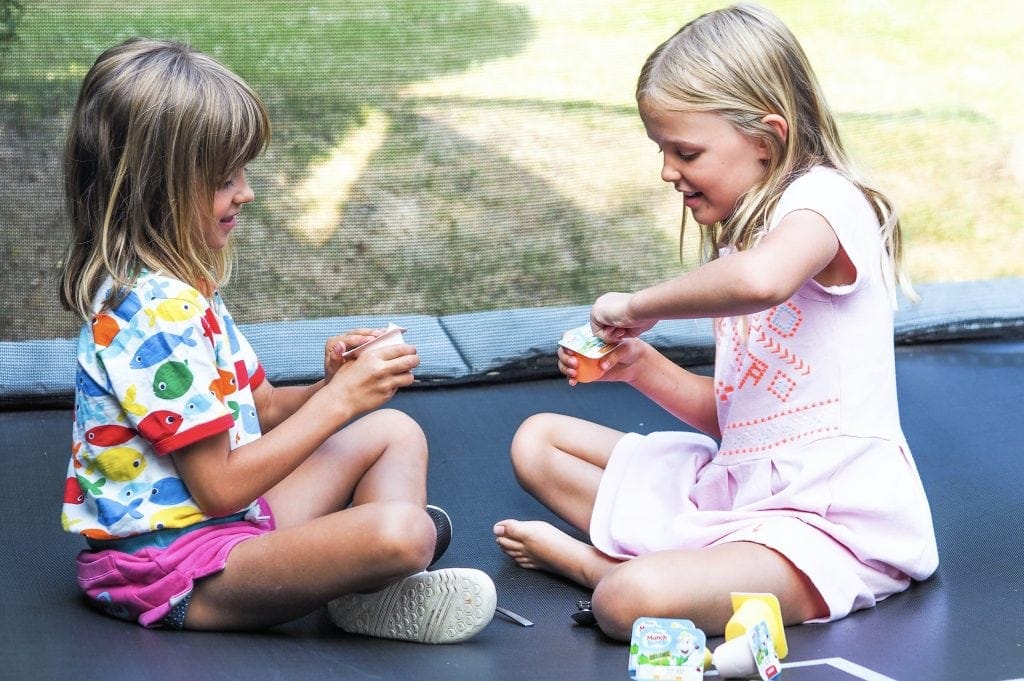 After the trampolining it was time to cycle the 5 miles to our friends house. We are really lucky that near us is a path on the track of an old railway that goes through mid-Wirral offering superb views over the Dee Estuary to Wales. It’s the perfect place for a family cycle and we use it a lot to burn off some energy as its flat, safe and picturesque too.  There is also no traffic noise so it’s great to actually chat on too as you can hear each other easily. 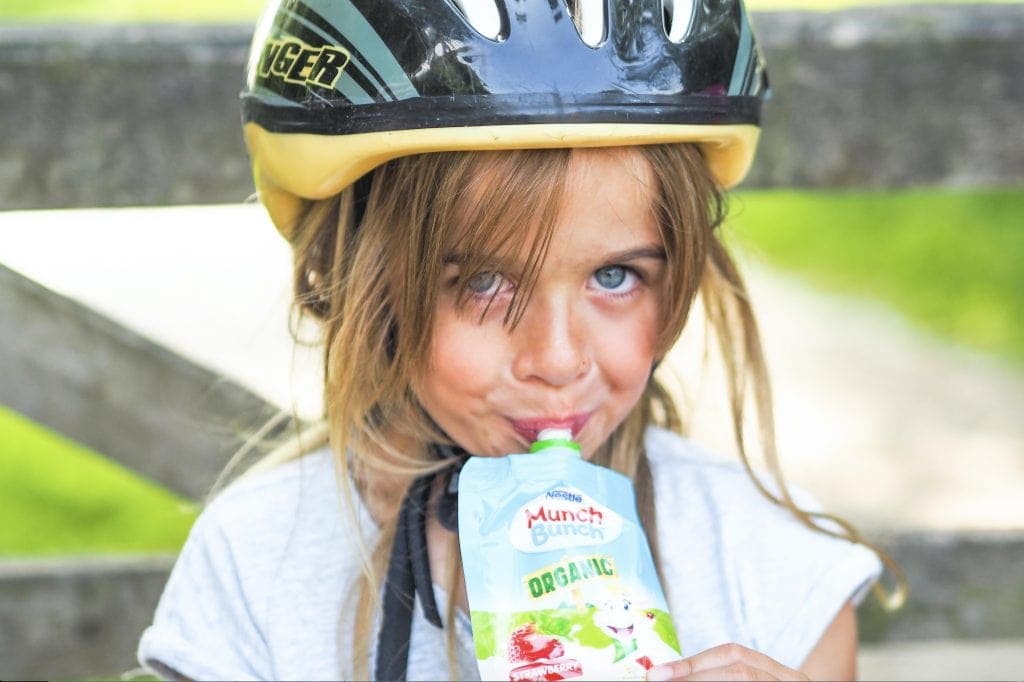 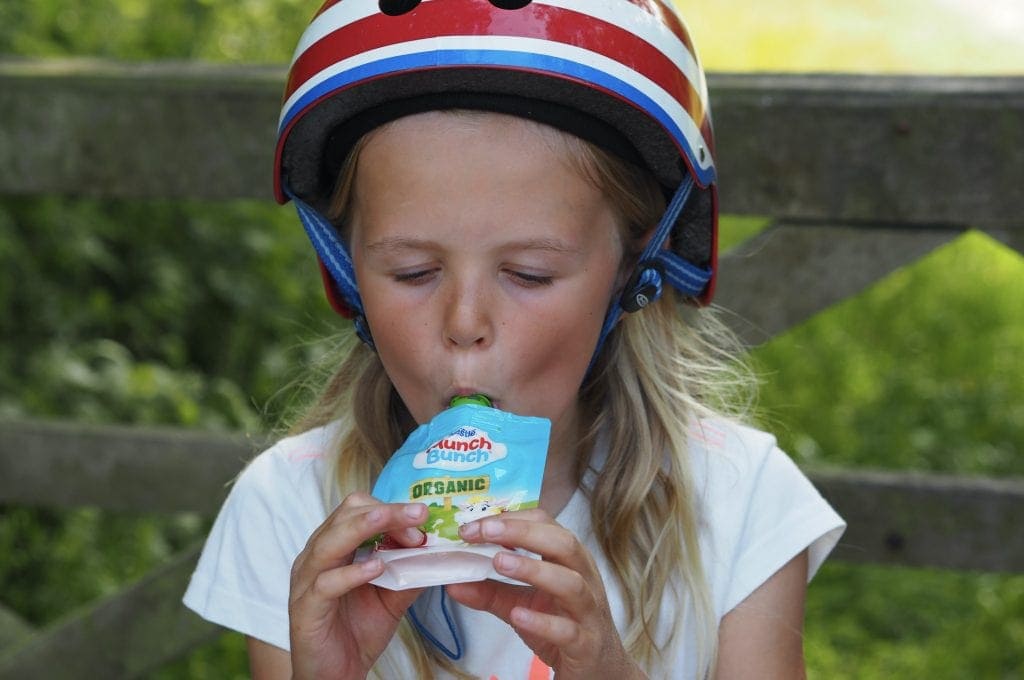 We didn’t get too far though when they decided they wanted to try out the Munch Bunch Strawberry organic ouches. Having got the thumbs up from the girls I’ve decided these will be an addition to the picnic basket over the Summer too. They are really tasty and un-messy. You get 4 in a packet for around £2 and if you head on over to the Munch Bunch Facebook page you’ll find lots of ways to re-use the pouches when you’ve finished too.

The best jokes on the bike ride didn’t top the lactose cow joke – but I still like their favourite joke of all time which they tell me every time we start telling jokes.

Why don’t you give Elsa a balloon? 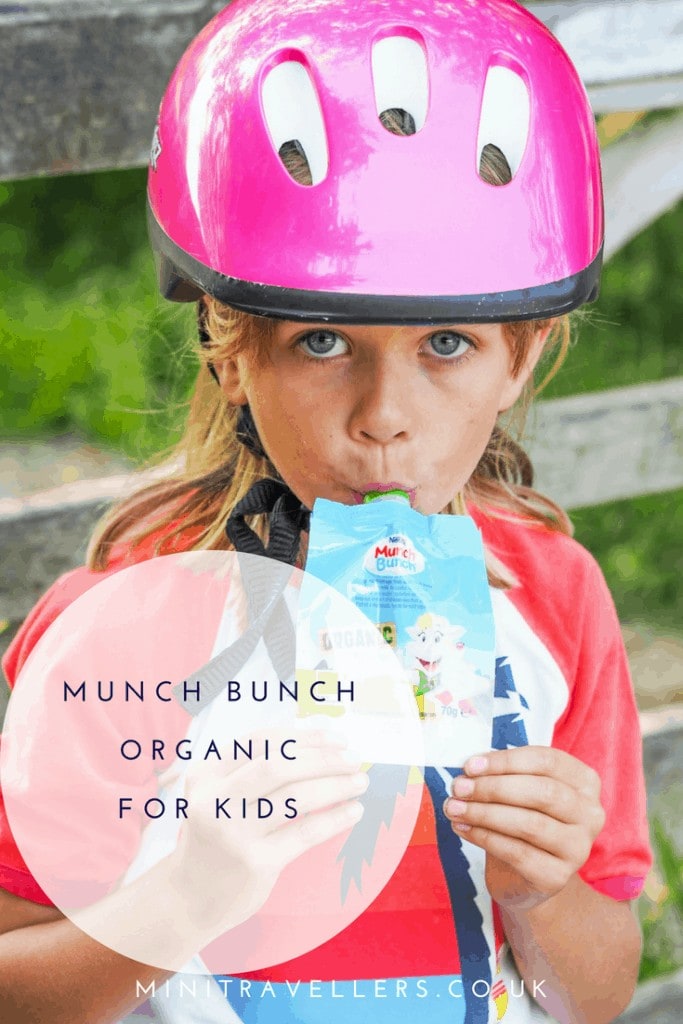 We love Munch Bunch here too especially since the pouches are so easy to carry around. Commenting on behalf of myself and BritMums.

Love the jokes your girls have come up with. We are also huge Munch Bunch lovers, especially the pouches are fab for out and about.

Ha ha, I love the Frozen joke!! We really enjoyed our Munch Bunch samples too.

I love the jokes! We really loved the pouches too and they are such a good after-school snack.

Love that second joke! My girls are almost always asking for snacks when we are out too so these look great for portability.