Tripadvisor reviews on Ripleys Believe It or Not in New York are mixed to say the least. So when we were asked if we wanted to head along whilst we were on our 7 day family holiday in New York we decided that we should go along and give it ago, as it’s unfair not to try things just because someone else doesn’t like it.

To be honest having visited I think I remain slightly underwhelmed.  It’s the sort of place that back here in the UK I’d be happy to while away some time whilst on a wet weekend in Blackpool or London, but I think on a family holiday to New York when you have so much else on your wish list then I’d probably wouldn’t visit again.  They do however apparently change the exhibits a lot so if you’ve been here before and enjoyed it then there’s always something new.

My eight year old did really enjoy reading the strange facts around the museum, and took particular time to read the information about the tallest man and the strange civilisations; and all the kids really enjoyed the optical illusions scattered about the place and spent some time getting photos of themselves in different poses, but we did make our way through it quite quickly. 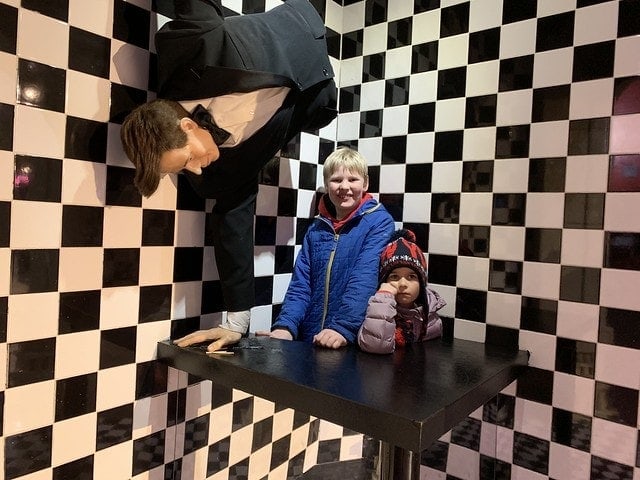 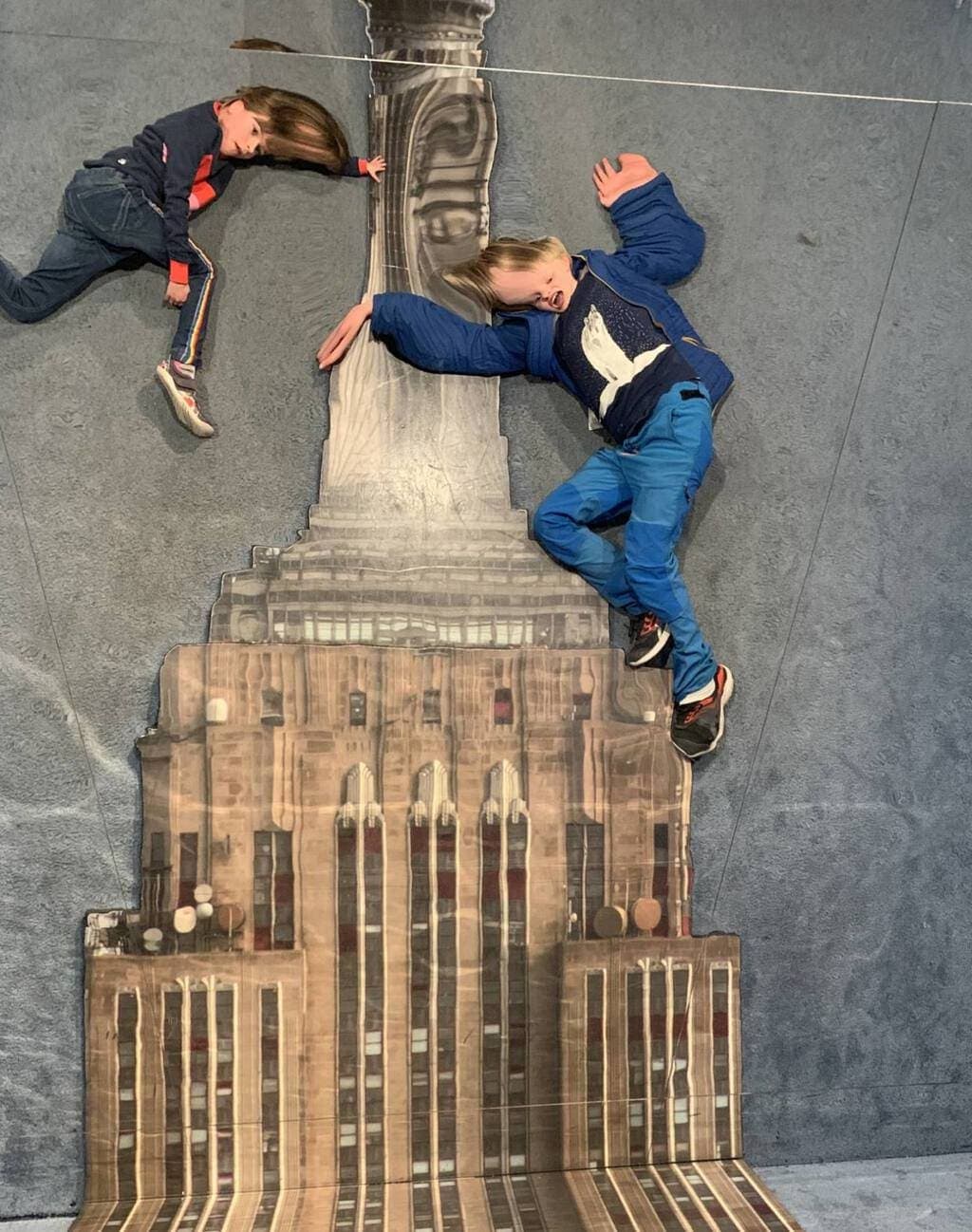 What we did really like at Ripleys Believe It or Not in New York was the new Ripley’s Relic.  Ripley’s Relic is a new interactive ESCAPE adventure where you all head ‘down’ to a cave and have to navigate a series of intricate puzzles to get out. We had a really good guide with us who was gentle with the kids and responded really well to two of them who were more nervous and a little teary with some of the noises. The activity says it’s suitable for ages 5 and up but I think it depends on your kids.  They can always get out easily though and the guide offered this on more than one occasion to mine, who we persuaded to stay.  It was a fun way to spend 15 minutes and to do work something out together as a family.

You can’t take any photos in the escape experience. It’s too dark anyway, so here’s a video

To do Ripley’s Relic on the day will cost you $15 each but you can buy an online ticket for both Ripleys Believe It or Not in New York and Ripley’s Relic for the prices below. (Current as at May 2019)

How long does a visit to Ripleys Believe It or Not in New York take?

We were in there for an hour max, and although the kids enjoyed themselves I’m not sure we three adults did. Ripleys website suggests that “most guests spend between an hour and a half to two hours exploring the strange and unique artifacts, exhibits and interactive experiences at Ripley’s Times Square. As with any attraction or museum, your personal tastes will determine how long it takes.”

as everything in New York costs a lot of money, I’m not sure the gate prices are over the top. You can pay $24.99 for pancakes for breakfast (and we did ).

There are however often really good prices for Ripleys Believe It or Not on Groupon.

Where is Ripleys Believe It or Not in New York?

For me it’s an add on activity. If you find yourself with time in Times Square and are not sure what to do, then it’s one to head for, particularly in the winter months when sitting in the park and watching the world go by isn’t an option.

However if you have a short time in New York City then in my view it’s not one to prioritise. 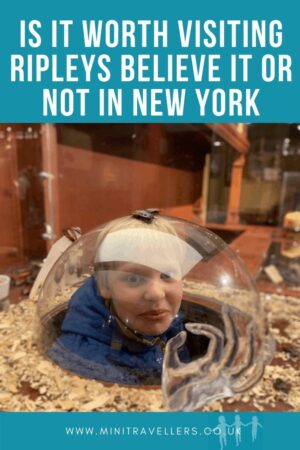