Yana and the Yeti is the first in a series of performances, exploring big issues for little people, being shown at The Met Theatre in Bury over the next couple of months.

Having lived locally all my life I’m ashamed to say I’ve never been to the Met and was pleasantly surprised by the warm and welcoming interior, colouring for children to occupy themselves with before the performance, fresh clean facilities and bar!

The story is set in the snow and ice of Norway with a magnificent backdrop, designed to demonstrate the majesty of the mountains and changing light, where a little girl arrives, alone and with no understanding of the language. The beautiful puppetry, created by www.pickledimage.co.uk, introduces Yana, who is greeted by snow and ice she can’t walk on and a community of people who make little effort to even correctly pronounce her name. Things go from bad to worse when the local children who bully Yana, involve her in a game of hide and seek, then leave her to the elements, returning to the stormy village.

The story is told through large and small puppets with the small aerial view set showing us the chase and calls of anguish from Yana’s carer whilst the large characters are operated by the three incredibly talented puppeteers who move with amazing precision to demonstrate the emotion, humour and fear of each of the characters. Music and sound effects create an atmosphere which add to the story, illustrating danger and fun which enabled my children to become emotionally involved…both found a knee to sit on at times! 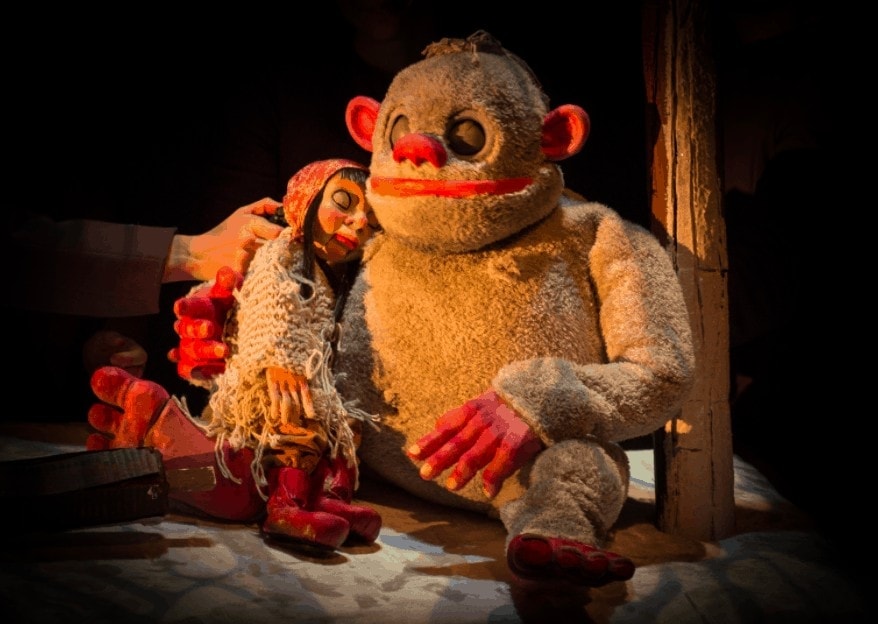 Lost and alone Yana meets a baby Yeti, also an outsider and makes friends despite their lack of common language (the fart joke went down well with my 7-year-old!) The play features a made-up language which can be understood by all through the expert use of gesture produced using the puppets. All very clever in addressing issues of making new friends and living in social isolation and prompted lots of discussion afterwards about children who arrive in school and nursery with little English, how they might feel and how my youngest intends to help!  A hunt ensues with the actors taking on the roles of the characters and audience interaction, with the happy ending involving fortunes turned for both Yana and her newest friend.

Yana and the Yeti is a magical and moving piece of puppetry which will be enjoyed by young and old. The icing on the cake was the opportunity to meet the puppets, the comment before we left of “I don’t like Yetis” quickly turned around, really getting the heart of the moral of the tale that friends come in all shapes and sizes.

Yana and the Yeti is the first in a series of performances, exploring big issues for little people, being shown at The Met Theatre in Bury over the next couple of months, so why not check out the next couple! You won’t regret it. 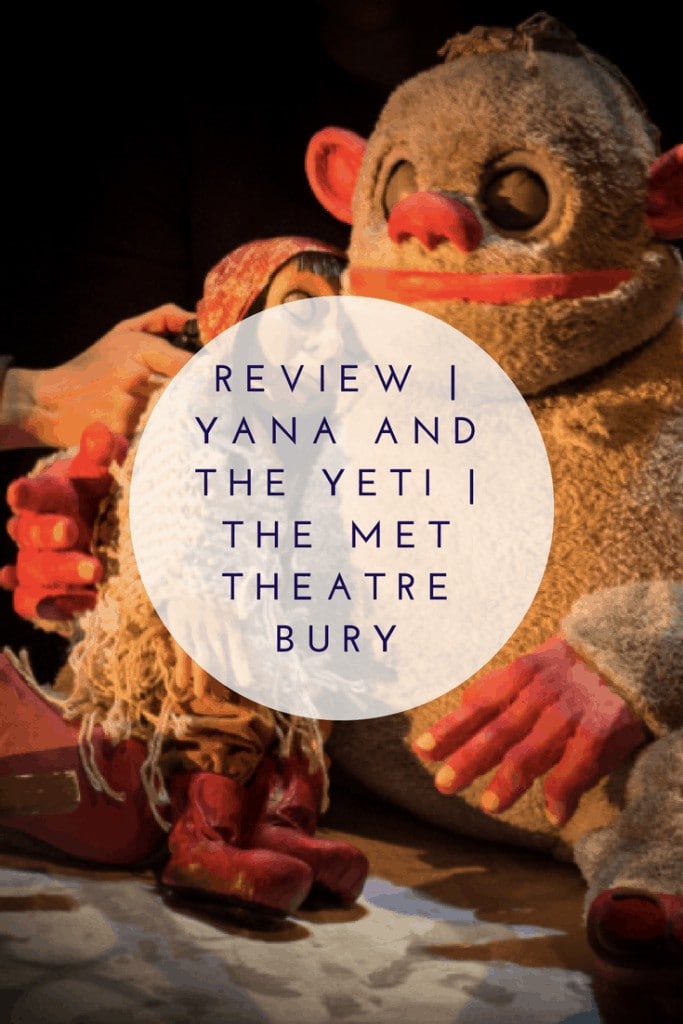