Tiddler and friends in Tiddler and Other Terrific Tales by Julia Donaldson & Axel Scheffler are on tour – try to catch them if you can!

I was delighted to be taking all three daughters to see Tiddler and Other Terrific tales on stage at Richmond Theatre at half term February 2018. This day out was really all about the two-year old, Nancy. Her big sisters had been to see Matilda in the West-End the day before, which was always going to be a tough act to follow. But Amelia and Florence (now 8 & 6) were delighted to be sharing the experience with their little sister, and could vaguely remember the time that they first went to see Tiddler on stage four years ago. Nancy was in her element. All her favourite stories brought to life on the stage in one performance. Her face beamed with delight throughout, and her big sisters and I found her smile quite infectious.

As with most theatre performances for this age group, we spent a bit of time to faffing around with the crowded buggy park, and negotiating lines of jiggling toddlers queuing for the toilet. The performance is only 50 minutes so is over in flash, and is fast paced enough for even the most fidgety of preschoolers. I was a bit concerned my eldest would loose interest, but she loved taking her little sister to the theatre. Nearly as much as she loved the tub of ice cream she devoured whilst watching!

Two-year old Nancy was chuckling away from the beginning, as the cast of three mimed using simple props taken from their respective bags; finding childlike humour in everyday objects such as a bit of old rope. There were squeals of delight from the young audience when a rope monkey appeared on stage and caused a level of destruction any parent of a toddler will be familiar with. The performance moved to the jungle for the first of the stories, Monkey Puzzle, brought to life with creative puppetry, lively jazz vocals, and dancing. Nancy was transfixed as the performers dress up as the monkey’s missing mum; unsuccessfully at first, as we well-know from the story book. 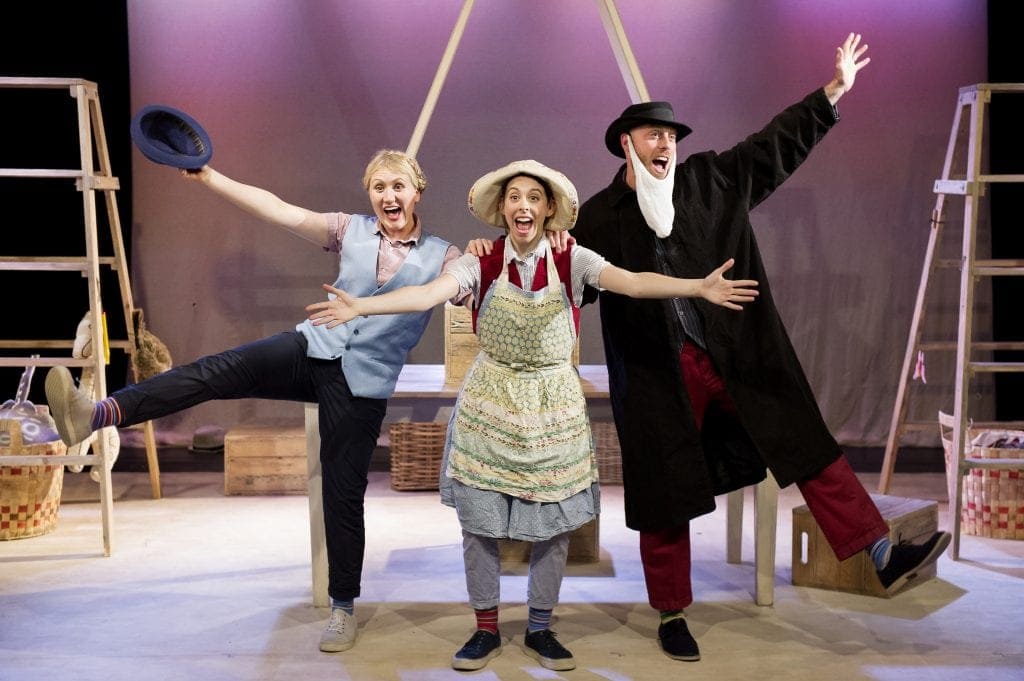 As the rope-monkey puppet took a rest, sounds from the farmyard suggested Squash and a Squeeze was about to begin. From jungle-jazz, to hoedown and line dancing. The little old ladies’ animals cleverly depicted by large squashy cushions. When the performers donned their sou’westers  and we knew the star of the show, Tiddler, was on his way. Beautiful puppets portrayed the colourful underwater characters. The theatre fell dark when Tiddler became lost in the ocean, which could have been alarming for such a young audience but they seemed so enthralled in the story they did not mind at all. The show returned once more to the napping monkey, and some audience participation to help find his missing mum.

The search was interrupted by George the Giant’s booming footsteps. To Nancy’s delight, her favourite story began with an amusing visit to ‘Perkins & Perkins’ department store, where George is transformed into the smartest giant in town. As George goes on his journey, I discovered just how well the ‘smartest giant song’ could be sung. A far cry from my bedtime story interpretation. Finally we return to the jungle to see the monkey reunited with his mum. The audience applauded and Nancy shouted for more!

Tiddler and Other Stories is a heart-warming celebration of the much-loved Julia Donaldson stories, and colourful illustrations of Axel Scheffler. The show is performed with energy and enthusiasm, intermingled with beautifully performed saxophone and accordion solos. We would all highly recommend trying catch Tiddler and friends on their UK Tour.

Lucy, Amelia, Florence & Nancy received complimentary tickets to see Tiddler and other tales, but all their opinions are their own. 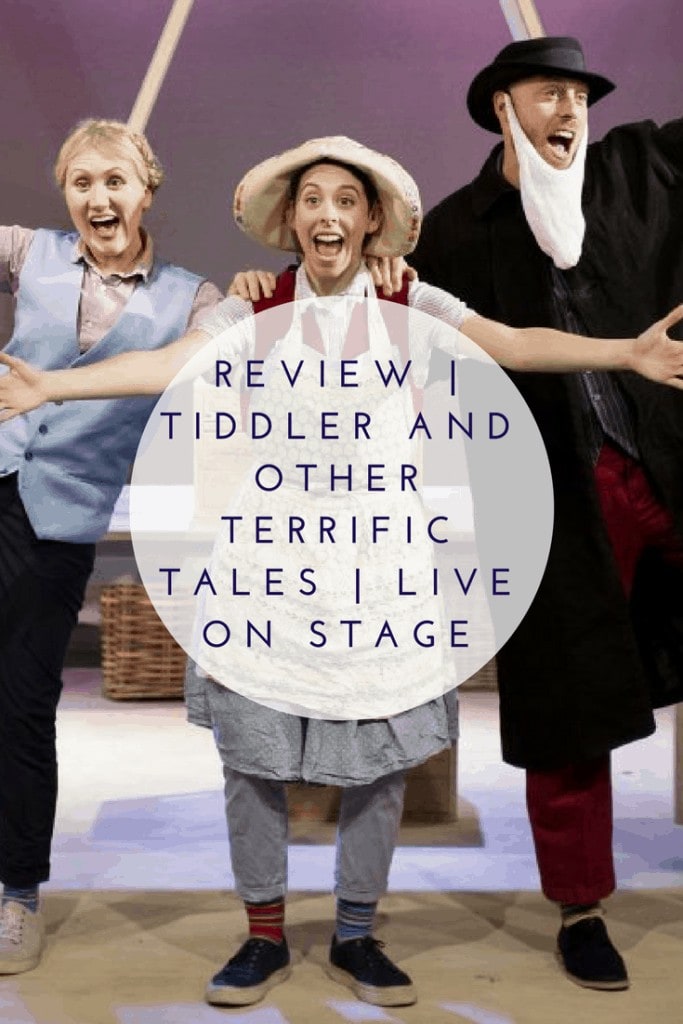