We’ve been going to this panto religiously for the last 5 years. Our neighbours introduced it to us when we first moved to Liverpool 12 years ago, and save for a break when the kids were tiny we’ve been going every year. The Everyman Rock ‘n’ Roll panto is a Liverpool institution and once bitten by the bug you’ll become a regular too.

It’s panto yes, but not really how you know it. There are panto dames yes, and terrible storylines yes, and also songs that don’t really fit the tale BUT it’s just a lot better. It’s a Rock ‘n’ Roll panto.

There are also amazing costumes and this year was no different, except perhaps they were better. They are ladened with sequins, made from crazy extravagant designs and the dames costumes, always our favourites, were particularly spectacular. With seats on the second row in this intimate venue you almost felt like the golden boobs might actually reach out and touch you if she got any closer!

The cast felt newer this year, lots of faces we didn’t recognise, and perhaps this was what gave it a revitalised boost. It was definitely the best one we’ve seen in a few years.

Matthew Quinn replaced Everyman pantomine stalwart Francis Tucker this year with his role as Gladys and I loved his chemistry with Roger played by Keast. It was like they had always been together,

My girls loved the update to Sleeping Beauty, with Rosa played by Stephanie Hockley, demonstrating how kick ass girls can be and saving her daft Prince Casper on a number of occasions.

There was lot of in-jokes, a rebuke at the audience when they didn’t automatically follow Keat’s queue to repeat Fazakerley – Exactly (a joke he told us we’ve been hearing for 20 years) and the usual jokes amongst the cast when lines don’t come out quite right or they interrupt the flow, for jokes they’ve just thought of. At times even the cast members had tears running down their faces waiting for scenes to play out a little differently to how they expected.

What sets the Everyman panto apart from all other pantos I’ve seen is the music. The actors not only make you laugh out loud (hilarious double entendres that made my kids ask ‘what’s so funny about him shooting his load’) but they can also sing and play instruments too. When it isn’t time for the actors to be on stage, they are playing the music for those that are. It’s an incredible achievement and it’s amazing to watch.

Highlights for me – the interaction with audience member Simon. Always a treat to see one male member of the audience be ribbed mercilessly by the Dame – it has been my husband in the past.

The water pistols scene – yes it happens every year and the girls would be lost without it.

Gladys and Roger’s five-minute turn as a female sumo wrestler, spinning round in an inflatable suit. It’s genius.

Watching Danny Burns make countless changes into costume for practically every character in the show, but my personal favourites – Pan and Dora who live in Pandora’s box!

Not far from the end is the audience participation section which sees everyone on their feet.

The show ended to a standing ovation and it felt like Christmas had started! 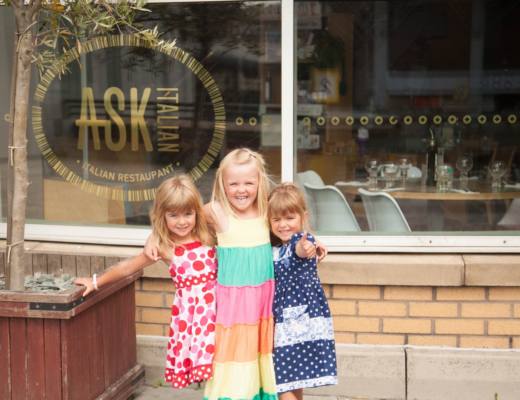 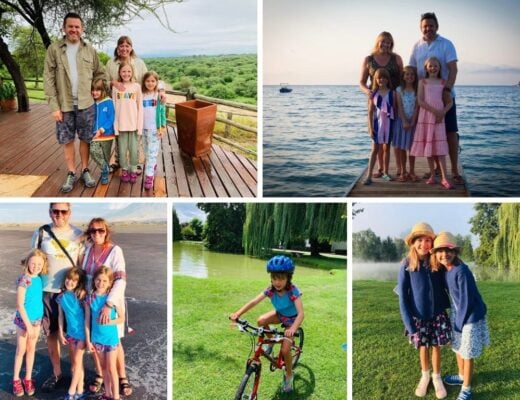