Last night we were fortunate enough to be invited to a sneak preview of the new Gringotts Wizarding Bank attraction in the Making of Harry Potter at Warner Bros Studio Tour London.

We have not visited The Making of Harry Potter before so this was our first time experiencing the existing attractions like the Great Hall, the Forbidden Forest, Platform 9 3/4 and the Hogwart’s Express, and Diagon Ally.

Previous Mini Travellers have been though and you can read their review of the Warner Bros Studio Tour here.

My sons age 6 and 8 are huge Harry Potter fans. They have both watched the films numerous times and the eldest one has read every book from cover to cover. He also spends ages watching You Tube videos of people discussing the characters and events in an effort to learn more about his heroes.

It was for this reason my husband and I felt a huge sense of nervous excitement as we took the boys to experience their dreams of seeing Harry Potter’s world becoming a reality. With the investment of time and money involved in arranging an adventure like this, what every parent wants to know is that the experience is going to live up to everything you hope it will be.

For us our expectations were far surpassed! It’s hard to describe the feelings we experienced when we saw the sheer joy on the boys faces as everywhere they turned they saw something they recognised from the films. They chatted away to each other about what they could see from the Philosopher’s Stone to the actual text book used in the filming of the Half Blood Prince. Their excitement attracted the attention of members of staff throughout the tour who chipped in with further snippets of information about how these props were made to look so authentic. The staff we all incredibly knowledgable about the films and really friendly. 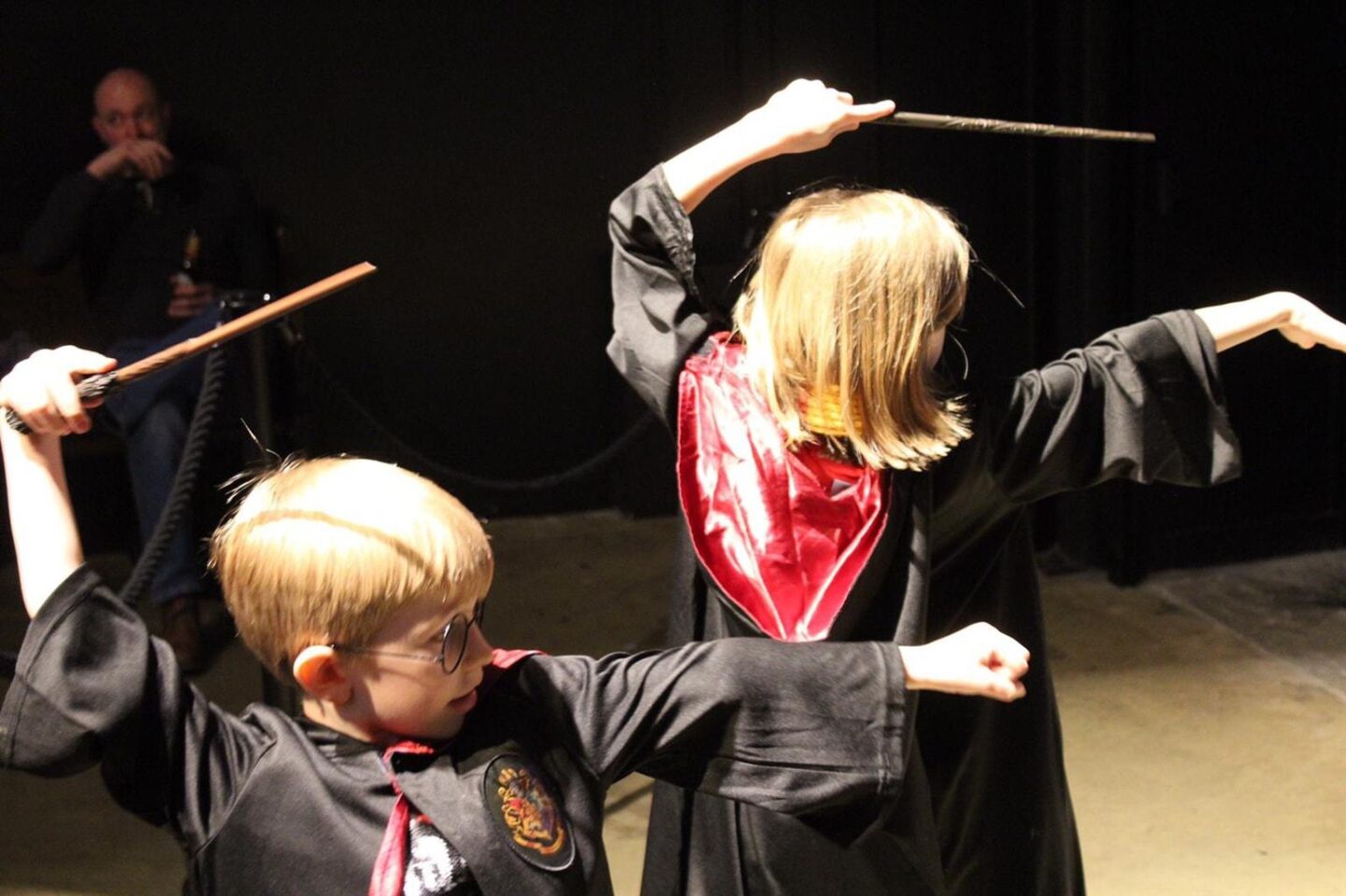 The highlight of the tour for us was the moment the boys turned the corner and entered new Gringotts Wizarding Bank. Their looks of awe were enough to bring a tear to my eye. We stood at the front desk looking up at the character of Griphook, under the enormous chandeliers, just as Harry, Ron and Hermione did in the Deathly Hallows part 1 and our eldest recited the lines from the film. They were truly living their dreams! 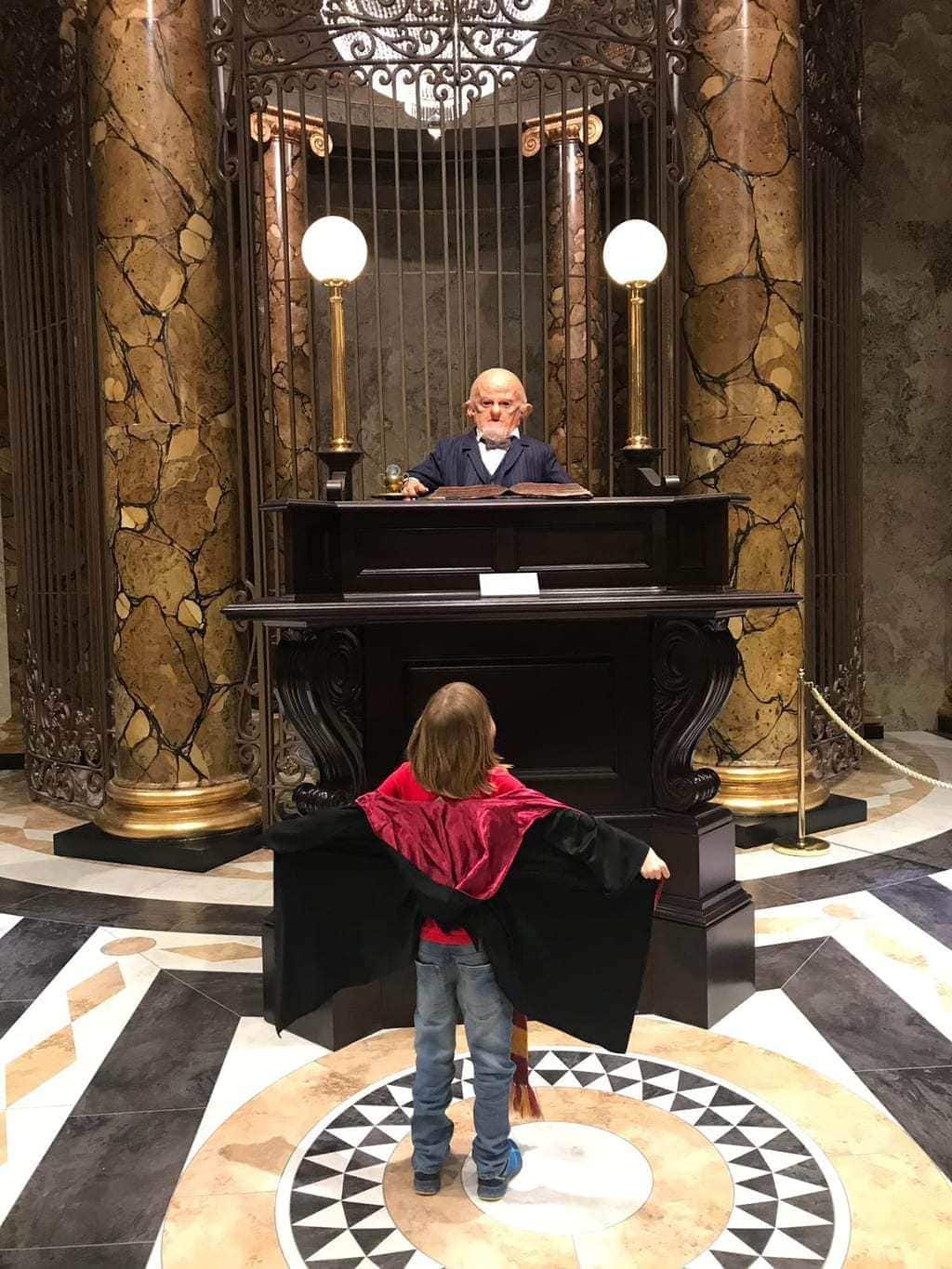 For my husband and I we agree our lasting memory of the tour will be the huge respect we have found for the props makers and set designers for their attention to detail. From the working pocket watches in the Goblin Prosthetics area, to the furniture in the upstairs room of shops in Diagon Ally, handwritten labels on the jars in the Potions Classroom to the moving parts on the door to Vault 713.

For the boys the Dragon in Gringotts, the huge model of Hogwarts and Aragog in his lair were some the other highlights. As were taking part in a wand choreography lesson and flying a broomstick against a green screen.

Ad / Some of our #minitravellers had an amazing time @WarnerBrosUK last night! They loved the broomstick green screen #HarryPotter pic.twitter.com/wM7SJ1L5m9

We spent 4 hours on the tour but could easily have spent longer. We took in as much as we could but I’m sure if we did another trip we’d find a hundred things we missed first time! 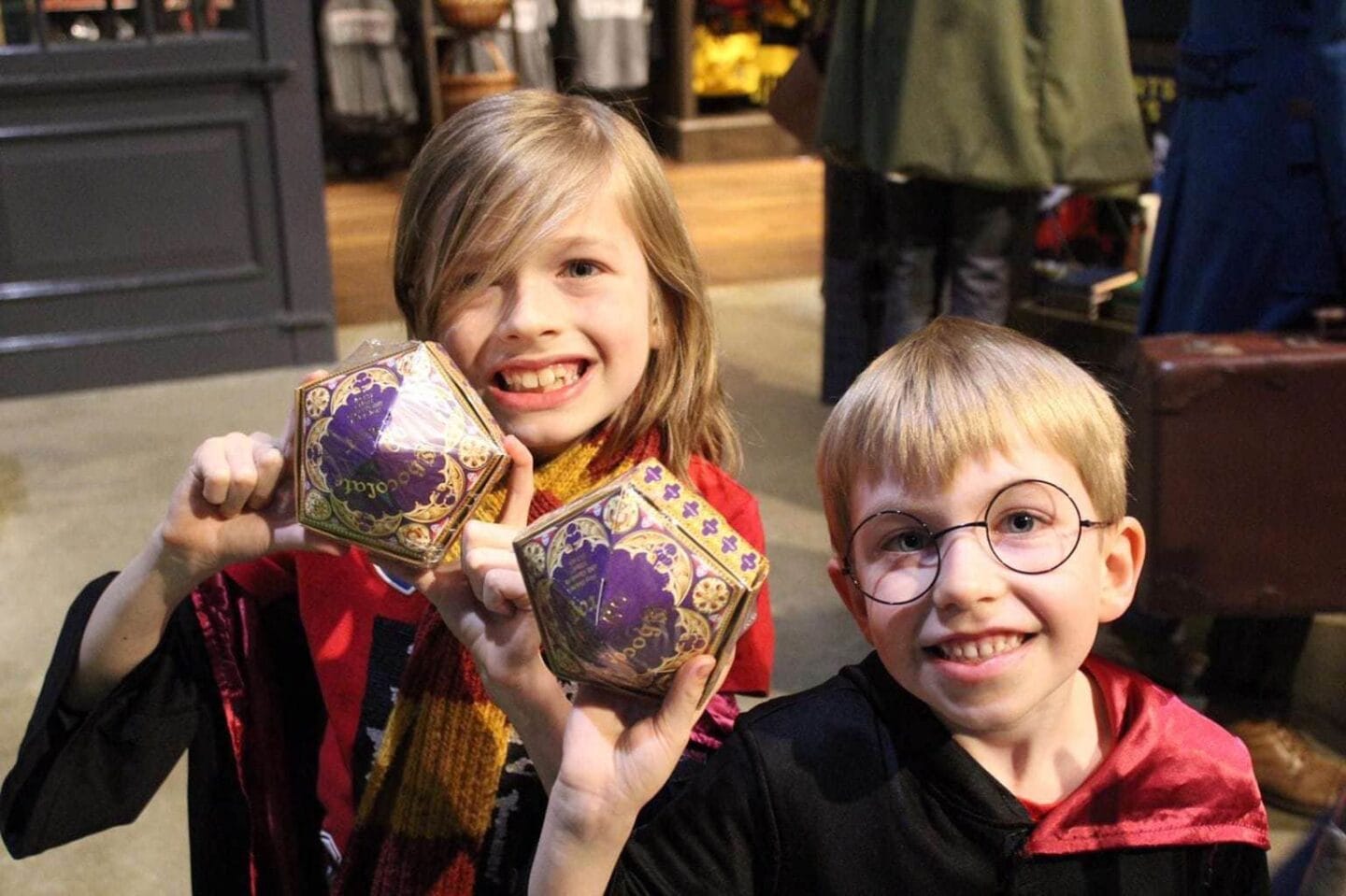 To sum up, Gringotts Wizarding Bank in the Making of Harry Potter at Warner Bros Studio Tour, London is a fabulous addition to an already amazing tour. It’s well worth a visit and is an unforgettable experience for any Harry Potter fan.

Oh my word that all looks sooooo...... exciting. What an awesome trip.

This looks great, I have never been Warner Bros before but really want to take my eldest later in the year as she is a huge HP fan x