Here’s our review of Fame The Musical at the Empire.

Fame the Musical should have been epic but for some reason sadly wasn’t. It’s difficult if I’m honest to explain why it didn’t quite work as throughout the show I don’t think I heard the actors sing a dud note, the dancers were incredible and there were some fabulous set pieces but overall Fame the Musical just felt flat. The audience simply wasn’t engaged with the story or any of the set pieces until the fantastic finale with ‘that’ song – Fame! I want to live forever, I want to learn how to fly – high!

We are told in the all the press releases about the show that is ‘based on the 1980 phenomenal pop culture film, Fame – The Musical’ but I think you’d have had to be a die hard fan to have loved the stage performance I saw on Monday night. If you hadn’t known the plot at all I think you’d have struggled to keep up. Too many stories all being handled all at once where often things happen off stage (with a quick catch up) that doesn’t allow you to engage with the stories or find any compassion for the tragedy or romances that are being played out.

Whilst the 1980’s film explored the issues that confronted many young people in the 1980’s: prejudice, identity, pride, literacy, sexuality, substance abuse and perseverance; and whilst these issues are still all relevant today, the fact that the show hasn’t been updated at all makes the way some of these issues are handled feel old fashioned and a little jaded. 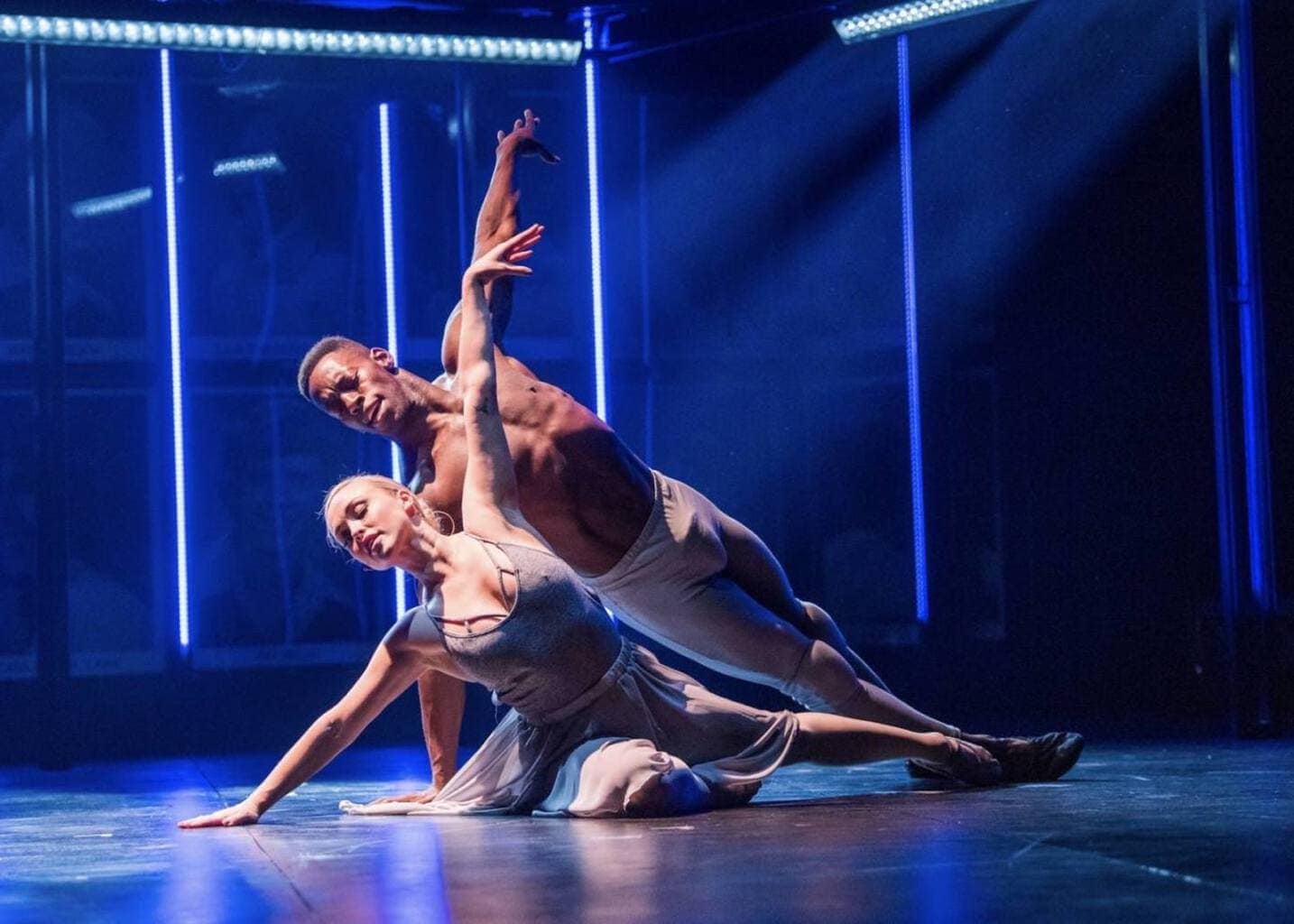 There are however some stand-out performances; Mica Paris’ solo singing These Are My Children as Miss Sherman is simply outstanding, her voice is incredible, powerful and in contrast to her acting completely and utterly believable, Jamal Kane Crawford as Tyrone sets the stage alight when he dances, and Stephanie Rojas as Carmen belts out two incredible versions of ‘Fame’.

For local fans Jorgie Porter of Hollyoaks fame plays Iris, the student who catches the eye of previously mentioned Tyrone and theirs is one of the romance stories that you can follow through regardless of whether you’ve seen the show or not.

The fantastic set is well used and gives you a real sense of the American university that it should, although I did spend far too much time looking at the pictures on the wall and trying to work out who they all were. Although I guess this means that times I wasn’t finding the on stage performance engaging enough.

At the end, the whole cast version of Fame song, which helped make the films so popular and is still sung in clubs now , had all the audience on their feet and singing t the top of their voices – we left wondering why the whole show hadn’t been just like that.