Last night we took the kids to watch Madagascar the Musical at Liverpool Empire. With a show running time of just 1 hour and 40 minutes including the interval it was certainly child friendly in length but what did we think of the actual show?

Overall I think it is fair to say Madagascar the Musical was fairly disappointing.

Featuring the favourites from the well known Dreamworks animation, the stage show pretty much stays true to the story – following the journey of Alex (X Factor winner Matt Terry), Gloria and Melman as they follow Marty on his dream trip to the wild side.

Credit where credit is due the vocals and the enthusiastic dancing from the four main cast members was excellent. They danced and flossed and sang heartily they just weren’t really given anything to work with.  It felt like all the constituent parts were there but they just didn’t come together in the way they could have done.

It was fairly difficult at times to understand what was being said, this may have been down to the American accents or the way the songs were sung but I was asked quite a lot by the kids ‘what has just bee said?’. Thankfully we knew the story so that mattered less than it might have done, but it was still fairly frustrating.  The audience was restless throughout and even the kids of 3+ for whom it was designed seemed not to be overly bothered.  The couple behind me left at the interval, although in fairness to Madagascar the Musical, they weren’t its target audience. 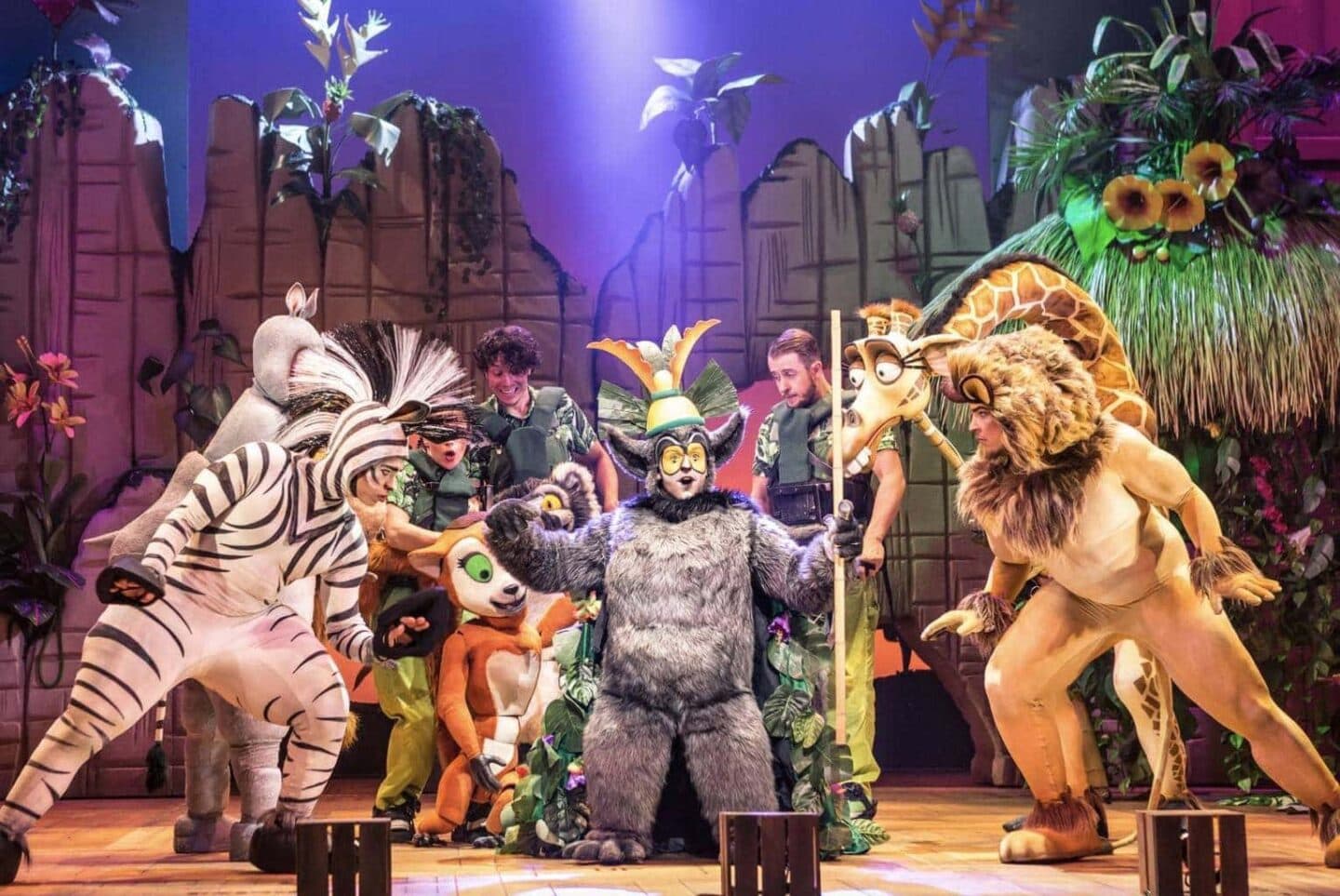 There was however a stand out scene for me and the kids. When the animals first arrive In Madagascar and the lemurs learn of their existence. This scene involves a very funny fart scene which the kids loved and the catchy ‘I like to move it move it’ song. Lemur King Julien, played by Jo Parsons, also resident director, is hilarious and brought out genuine belly laughs from the kids. How he managed to ‘move it move it’ in his costume is beyond me! Impressive.

The saving grace for me was the running time – at only 1hr and 40 minutes (including the interval) it meant we left the empire at 9.10pm and we weren’t overly late home on a school night. Not the best indictment for something that is based on a popular film from Dreamworks but sadly for us it just didn’t have any heart.

Madagascar the Musical is on at the Liverpool Empire until Saturday 9th February 2019.

lol maybe it's like marmite? We really enjoyed it when we went but my son is a MAHOOOSIVE fan of I like to move it move it and practically anything that is a show. We did struggle to understand some of the talking as well though