Last night I finally went to Jersey Boys at the Liverpool Empire. I say finally as it first opened in London in 2008 and 25 million people worldwide have been raving about it ever since.

Jersey Boys has won Broadway’s Tony, London’s Olivier and Australia’s Helpmann Awards for Best New Musical, and has been the winner of 57 major awards worldwide, so what’s it all about!

Jersey Boys is the remarkable true story of Frankie Valli and the Four Seasons and their rise to stardom from the wrong side of the tracks. These four boys from New Jersey became one of the most successful bands in pop history, were inducted into the Rock & Roll Hall of Fame and sold 175 million records worldwide, all before they turned 30.

The show is packed to the rafters with hits (including two from dirty dancing!)  including Beggin’, Sherry, Walk Like A Man, December, 1963 (Oh What a Night), Big Girls Don’t Cry, My Eyes Adored You, Let’s Hang On (To What We’ve Got), Bye Bye Baby, Can’t Take My Eyes Off You, Working My Way Back to You, Fallen Angel, Rag Doll and Who Loves You.  I had absolutely no idea the Four Seasons had sung all those hits that have stood the test of time – it makes me feel like saying they don’t make them like they used to ( but I am going to see The Band next week based on Take That so I know they actually do!). 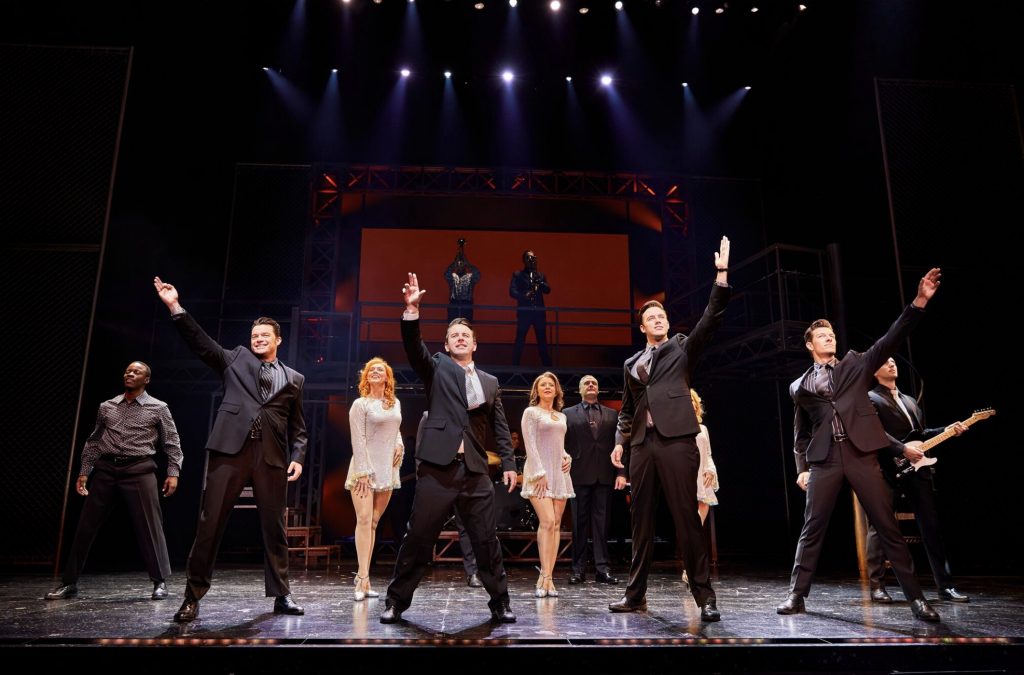 Jersey Boys first appeared in Liverpool in 2005 but it came back with panache last night.   The story starts in 1950s New Jersey where chancer Tommy DeVito (Stephen Webb) splits his time between his band, with its ever-changing names, and spells in a correction facility for various misdemeanours.  To be honest I found the first quarter a little frenetic at time and hard to keep up with; the accents don’t always help, however the show really came together as the 4 band members find each other and start to perform together and you understand how the 4 created such a unique sound.

The first half of the show is fairly lengthy, but at all times you are engaged, the show literally never stops.  The set is simple yet perfectly formed and used really well throughout. I loved the use of the old footage above the band singing and at times wished there had been a little more.

The audience was head bobbing throughout and I can imagine that by Thursday with a couple of glasses of wine at the interval the Liverpool audience will be on its feet as soon as the second act starts.

Jersey Boys is a thoroughly good show and a must see whilst it’s in town!

You can get tickets here.

NB: I received tickets to see the show but all views and opinions are my own. 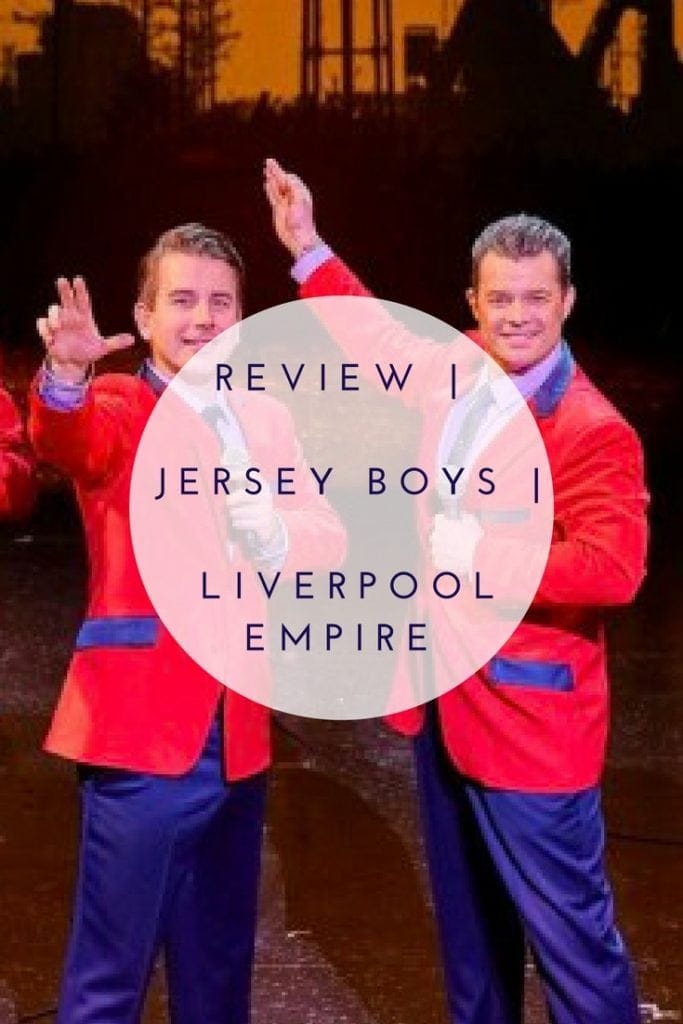 Saw it tonight it was amazing - fantastic show thoroughly recommend it! *****

Really glad you enjoyed it too

Sounds like a fabulous show, I must try and get to see it!!