I had mixed feelings about going to watch Ghost the Musical at the Liverpool Empire last night. As a die hard fan of the film Ghost (mainly because of a deep love for Patrick Swayzee which began with Dirty Dancing like most of us over 40’s) I wondered how a musical version without him would stand up to scrutiny. I felt like I expected quite a lot and wondered if I’d be disappointed?

Ghost (with Demi Moore, Patrick Swayzee and Whoopi Goldberg) was released in 1990, became almost instantly an Oscar-winning love story and one of cinema’s biggest all-time hits as the highest grossing film of the year. You laughed, you cried, and it made you believe in true love. It kick started a new generation of romance films which I lapped up.  It’s iconic use of the song unchained melody as Demi and Patrick sat at the potters wheel is ingrained on my memory, and has been played over and over again over the last 30 years! Everyone cries when they watch it, even those that tell you they don’t.

The basic story of Ghost (if you are younger than me and haven’t seen it) is based on a young couple who are walking back to their apartment late one night when a tragic encounter sees Sam murdered and his beloved girlfriend Molly alone, in despair and utterly lost. But with the help of Oda Mae Brown, a phony storefront psychic, Sam, trapped between this world and the next tries to communicate with Molly in the hope of saving her from grave danger…

What I loved about Ghost the Musical was the way the incredible set, and brilliant lighting brought this story to life. The lighting somehow makes Sam feel ghost like when he’s on the stage and the brilliant way the actors talk through him, around him, even straight at him sometimes without acknowledging his presence on stage is just superb.

Niall Sheehy plays a truly nice Sam (although without the true sex appeal of Swayzee). His vocals are however strong and blends well with that of Rebekah Lowings, who plays Molly.  I enjoyed their interactions although at times the longer musical numbers left me feeling a little underwhelmed.  Whilst I know the clue is in the title ‘Ghost the Musical’ we felt that at times there could have been a little more dialogue and less song.  I may well be in the minority with this though and I know a good friend of mine totally disagreed when she saw it at the Palace earlier this month. (Review, Ghost The Musical UK Tour 2019 – Manchester Palace Theatre) 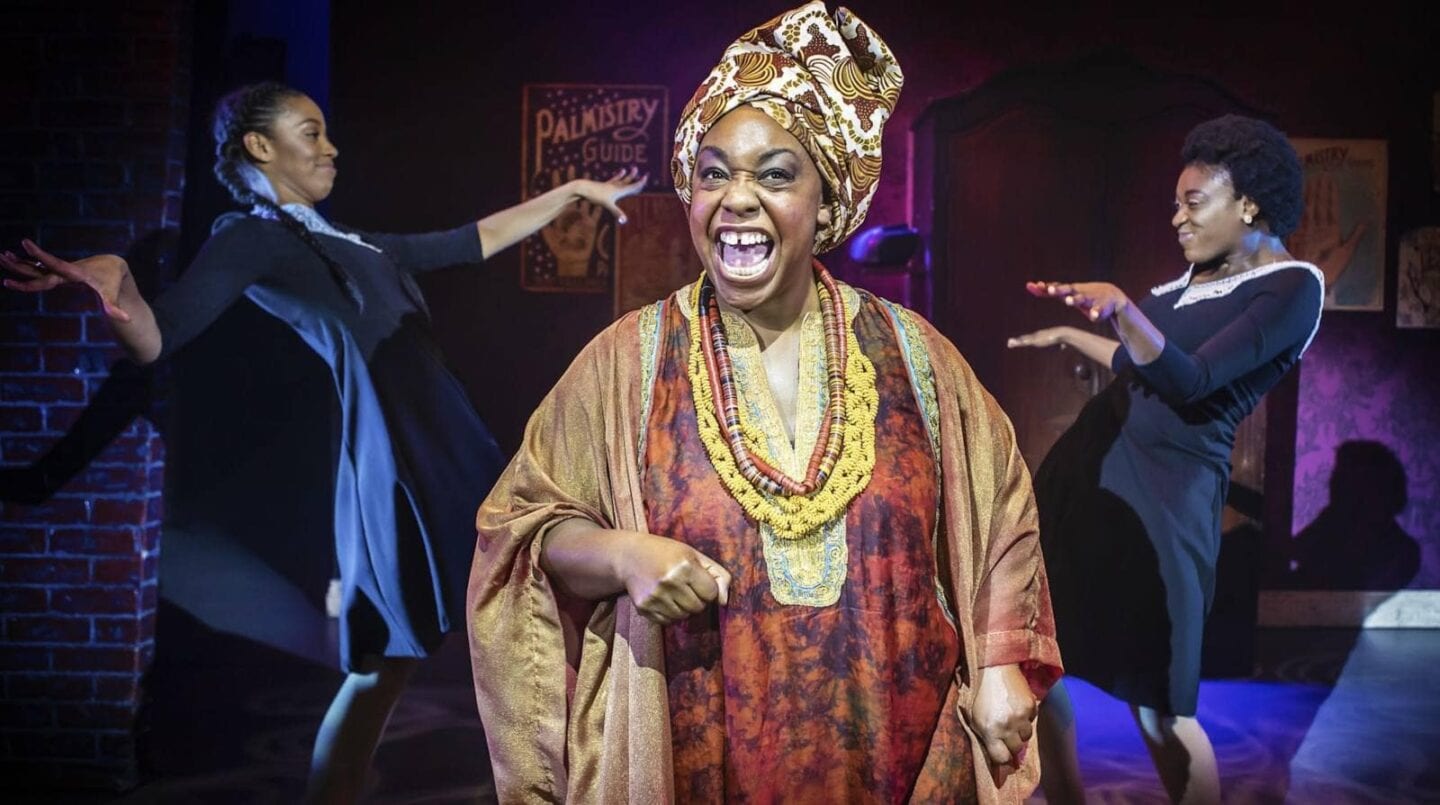 For me Jacqui Dubois stole the show. In her role as Oda Mae Brown (Whoopi Goldberg in the film) she had amazing comic timing, a brilliant voice and a part that was clearly very fun to play. I loved watching the scene where she first realises she can hear Sam’s voice and the interaction between the two.  Every time she was on stage the pace of the show picked up and I enjoyed the show that little bit more.

The show has an incredibly emotional finale which is beautifully lit.  There was definitely tears all around me, and actually a few sobs.

It’s always hard watching a musical of a film you know really well. Sometimes it works sometimes it doesn’t. It sounds as though this ticked most of the boxes for you, so would be well worth going to watch.