I took my daughter (age 10) to The Lowry theatre to see Elf: The Musical. Like many, we are big fans of the film and watch it every Christmas.  The theatre, as always, was easy to access and very welcoming.

Based on the beloved hit film starring Will Ferrell, Elf is the hilarious tale of Buddy, a young orphan child who mistakenly crawls into Santa’s bag of gifts and is transported back to the North Pole. Unaware that he is actually human, Buddy’s enormous size and poor toy-making abilities cause him to face the truth. With Santa’s permission, Buddy embarks on a journey to New York City to find his birth father, discover his true identity, and help New York remember the true meaning of Christmas.

The show differs from the film and at first we were a little confused, knowing the film so well, but this just gives the show a heart of its very own.

At the heart of it all is Ben Forster as the candy loving, good hearted man-child Buddy, with Louis Emerick as Santa. 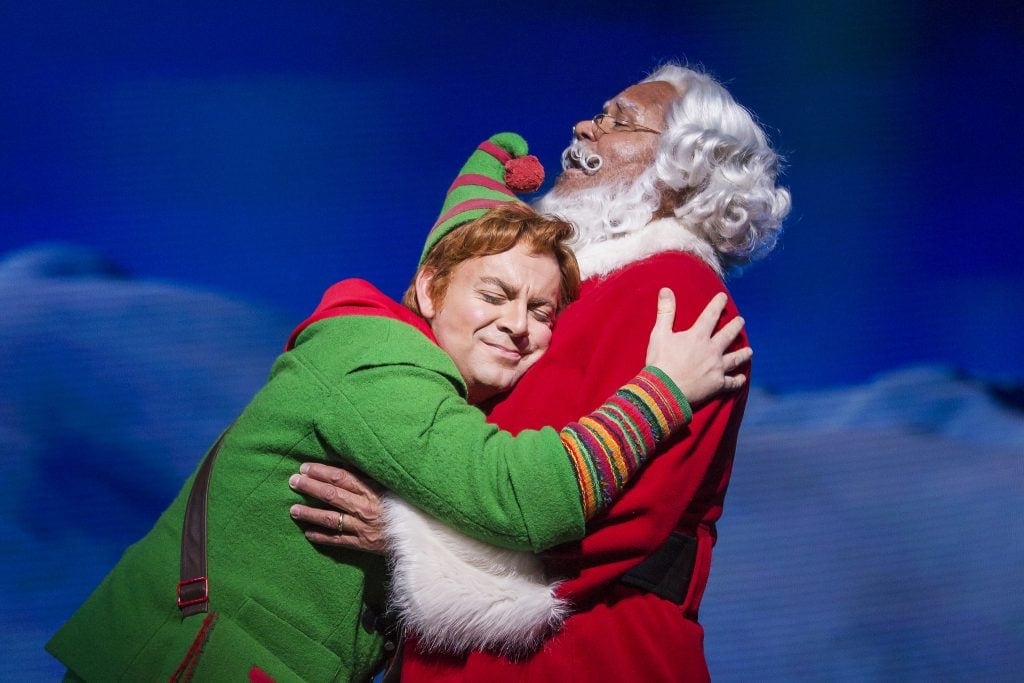 The sets are impressive,  bringing New York to life and everyone was thrilled when Santa’s sleigh took off and snow fell in the auditorium.

For those familiar with the film some favourite moments are kept in the show –  the giant burp, couldn’t be left out, and made everyone, not just the kids giggle.

The songs were very catchy and my daughter, in particular, enjoyed the dancing. The acoustics are very good in the theatre so it was easy to hear the words and follow the plot. Ben Forster (Buddy) is on stage for a large part of the performance and his singing was superb.

We both really enjoyed the show – my daughter gave it 5 stars! A real treat that can’t fail to get any family in the festive spirit. 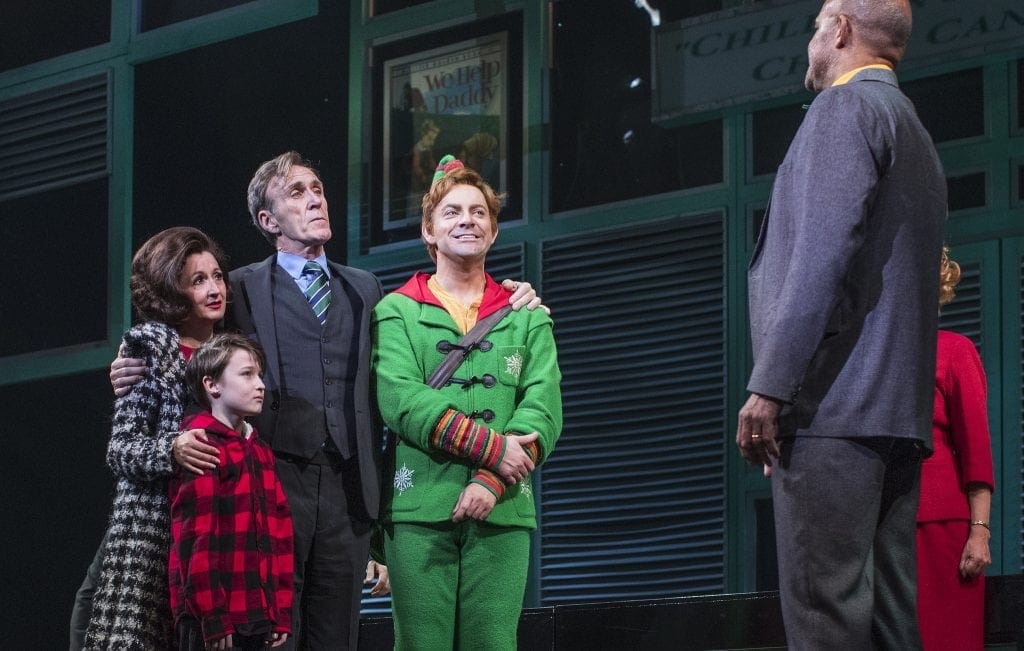