With Craig complaining about not driving far away from home, North Norfolk seemed the ideal solution for May half term. Looking at various properties on Norfolk Cottages, my eye was drawn to Primrose Farm Barns in Roughton.

With three cottages sharing an open space, play area and most importantly, a swimming pool, Rainbow Cottage was perfect for us and the boys were drawn to a hideaway twin room that you could access from the kitchen by a ladder. Booking through Norfolk Cottages was simple after a couple of enquiries about prices as we booked far ahead. They were also efficient and helpful at communicating when I mislaid all email documentation of our stay.

The accommodation was beautifully presented with a tasteful cosy modern and shabby chic mix, with a quirky touch, with duck egg blue and cream furnishings. The kids were overjoyed with their rooms, especially the secret hideout above the kitchen. I was a little anxious about the ladder and the kids but they had no issues and it presented a perfect lighting and music platform for show performances in the evenings, with the kitchen as the stage. Craig was the only ladder associated injury when he fell from top to bottom when on water bottle duty. Apparently it was hit and miss as to whether he would have to attend A/E for life saving treatment… 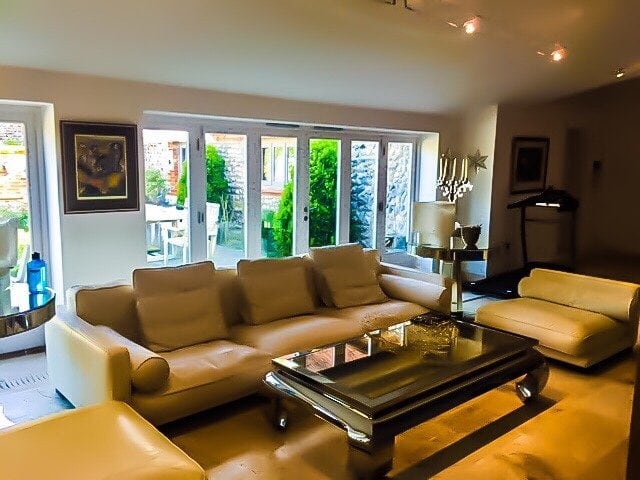 The pool was one of the most fancy and luxurious pools I have ever been to in this type of accommodation and open from 8-3 pm every day. Gorgeous white leather sofas, warm water, lovely changing facilities and decorated with some eye catching art. For the first 5 days the kids swam for at least 3 hours a day. However, it may have been slightly too chlorinated for that amount of time in the water as Lara’s pretty blue swimming suit turned pink and her hair is a couple of shades lighter. We also had some rash issues but I feel self inflicted from too much swimming rather than a criticism. There was even a treadmill to use whilst supervising the kids to work off the wine required to survive a family holiday.

The surrounding countryside is stunning and of course Craig planned several expeditions. We managed a 6 km walk from the cottages, with no bog incidents but came across a slightly cross farmer when we deviated from the path who was less than pleased we ended up in his garden. Luckily he had a limp and no gun so we were safe to run away.

Sheringham Park had some beautiful paths and walks and we timed it perfectly for the rhododendrons were in full bloom. Kids liked this one as were able to take control of the map, hence we didn’t get lost as no Apps or iPhones were involved. Toby had a minor strop involving him doing a runner and hiding in a bush but thankfully he was discovered before we had to call the police. Tends to be a fairly regular holiday event and he can run pretty fast. He is also highly skilled at hiding which is very stressful. 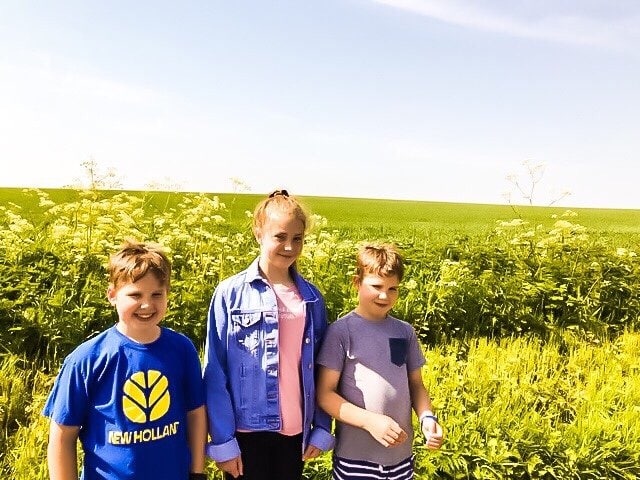 Roughton village has a pub called The New Inn, a Fish and Chip shop and a garage with a McColl’s. The New Inn had a lovely little beer garden and themed food nights. But it was a little shabby and the barman looked very cross so we didn’t eat there. The fish shop in Roughton was lovely and you could eat in or take away but the kids were outraged that you had to pay extra for sachets of ketchup. But not as outraged as Craig, when he was sent to McColls to purchase snacks and a bottle of white wine and they refused to serve him alcohol because he was with a minor. I wasn’t impressed either as had to make do with wotsits for my evening treat. We are awaiting feedback from the extensive complaint he has made. 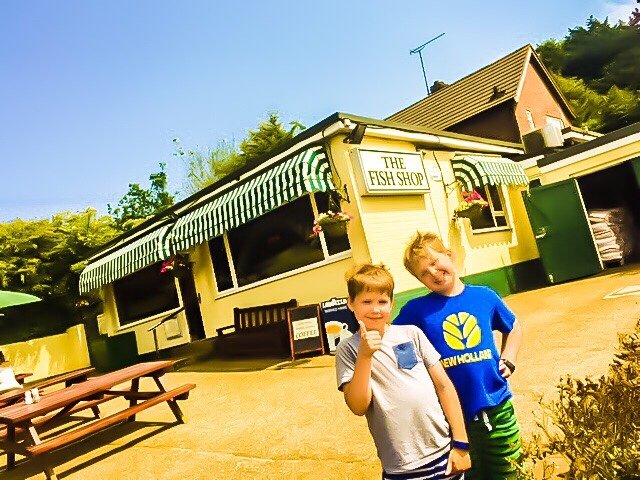 As a treat for the kids, and after the success of quad biking in Dorset, they tried out go-karting at this little place http://www.karttrak.co.uk/prices.html. Lovely staff and a huge hit with the kids. They got 2 session of 15 minutes after their safety session and all three of them loved it. This made Felbrigg Hall less painful for them when we popped in for a wander. Beautiful gardens and able to get there from our cottage on foot, rather than taking the car. 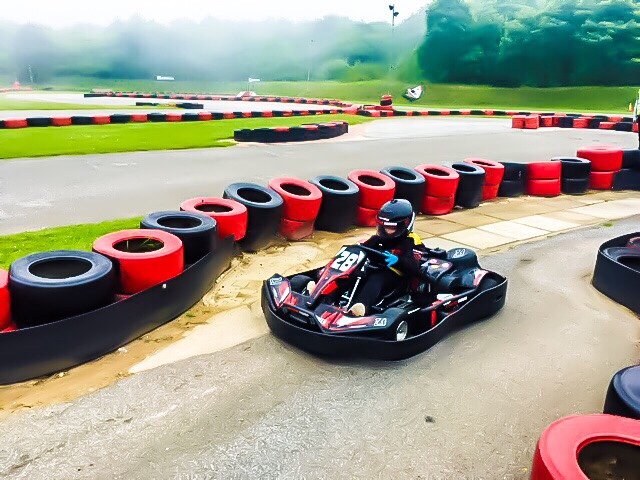 Our biggest expedition was to see the seals at Blakeney Point. This ended up being a 16 km trek after parking in the wrong place and getting lost while we were sent on a short cut by a well meaning national trust guide. After reaching the half way mark we were told the seals were off having a party and wouldn’t be back for 4 hours. Thankfully, I was the only one bothered as the kids were content having found two carcasses en route. 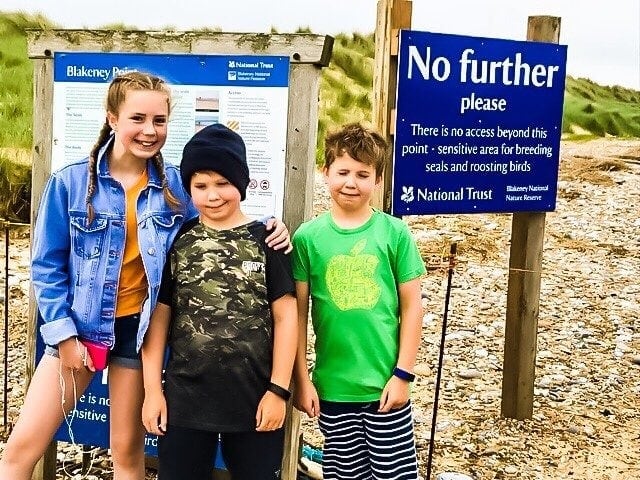 After this we went to a little cafe in Salthouse called the Cookies Crab House. Craig had romantic and fond memories of this little place for, a previous visit over 8 years ago and were excited to go back and share this with the kids. What a massive error. Please see this link for some very amusing tripadvisor reviews. I was not allowed a starter of potted shrimp (as you can only take it away) we were not allowed tap water ( they don’t have to provide it) You can bring your own wine but not necessarily drink it. We were not allowed ice cream with sticky toffee pudding, only custard. You were not allowed to eat an ice cream in the actual cafe, only take one away. The owner was exceptionally rude both to us and other customers and the food was below average. Also, they only take cash. Who said romance is dead. 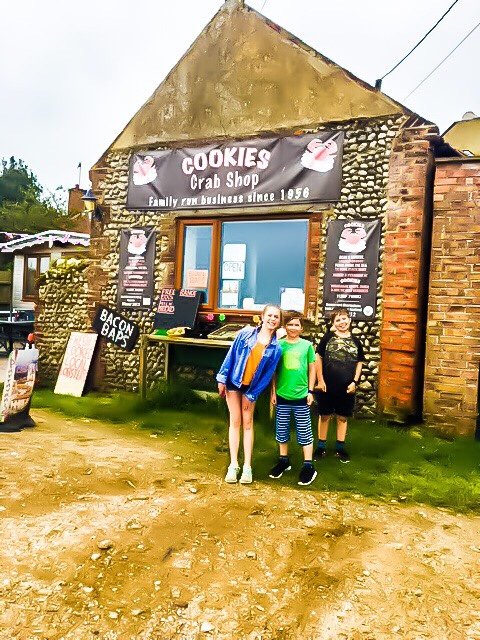 All in all, apart from the Cookie Crab fiasco and the lack of seals, we had a great break. There was something for everyone and we filled our boots with fish and chips and ice cream. Would highly recommend this cottage and I would love to have a rematch.

What a beautiful place for families to stay!

It was really beautiful and the pool was a huge bonus