Yesterday the Premier League launched a poetry competition for children aged 5 to 11. Premier League Writing Stars is backed by names from the worlds of football and literature. The campaign is open to all primary schools in England and Wales and aims to get young people writing poetry in different creative forms.

NB: This is a collaborative post with The Premier League.

On Wednesday I attended an event at Holy Trinity Catholic Primary School in Liverpool I was there to watch Everton’s Yannick Bolasie help deliver a classroom session alongside the club’s Primary Stars coordinator. The Premier League Writing Stars campaign aims to inspire children to write poems based on the theme of resilience.  Yannick is a member of the competition’s judging panel (alongside the likes of Frank Lampard and Children’s Laureate, Lauren Child) and has a keen interest in rap/hip-hop, so he is perfect to bring the notion of poetry/rhyming to a youth audience.

The classroom session had just started when Yannick entered the room and made his way to the front of the class.  The kids were answering questions posed by the Primary Stars coordinator but as they saw him they faltered, there was a buzz in the air and then silence – you could almost hear the unasked question – was it him? Was it really Yannick Bolasie in their classroom?? 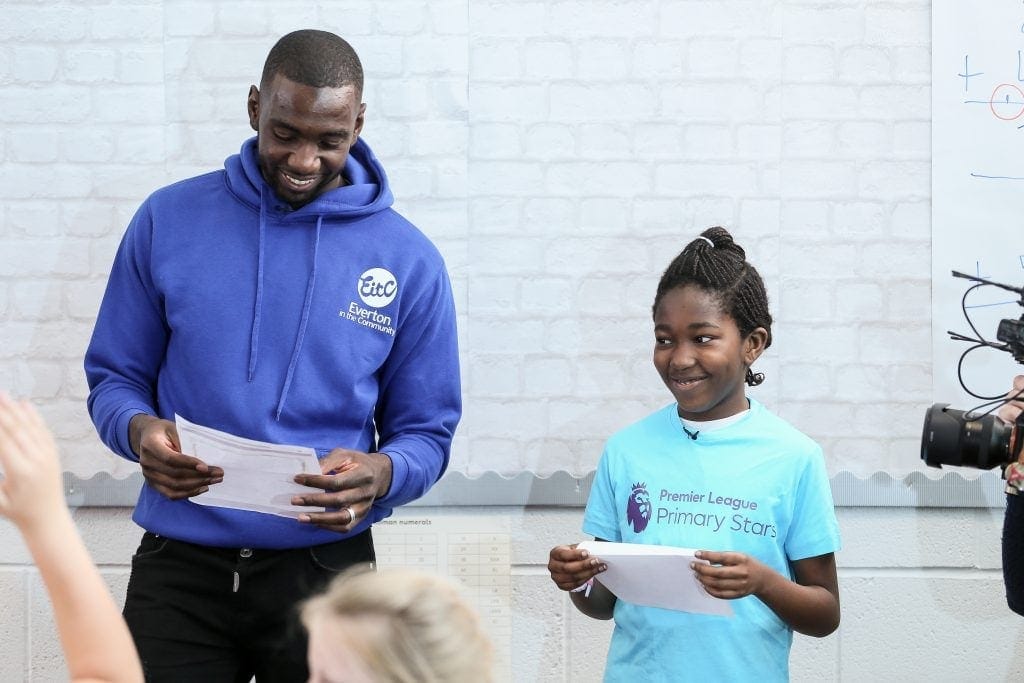 The kids had been talking about resilience before Yannick arrived and as resilience is the theme of the poetry competition, Yannick asked the kids to ask him some questions.  The kids asked loads of questions; some about what Yannick would have done if he hadn’t been a footballer (a carpenter by the way) would he ever play for Liverpool (no he didn’t think so) but others were interestingly framed around his resilience and Yannick answered these in such a fun but brilliant way.

Q: What would your teacher have said about you?  A: That I was hardworking and put 100% into everything I did.

Q: When do you show resilience? A: When I’ve been injured and I need to throw everything into getting back on my feet.

Q: Did you always think you would be famous? A: No I didn’t. I always wanted to play football and just hoped that my hard work would pay off. You always need a back up plan though. Always!

After the Q&A session it was time for the kids to show Yannick the Rap Rhyme Battle game they have been playing. 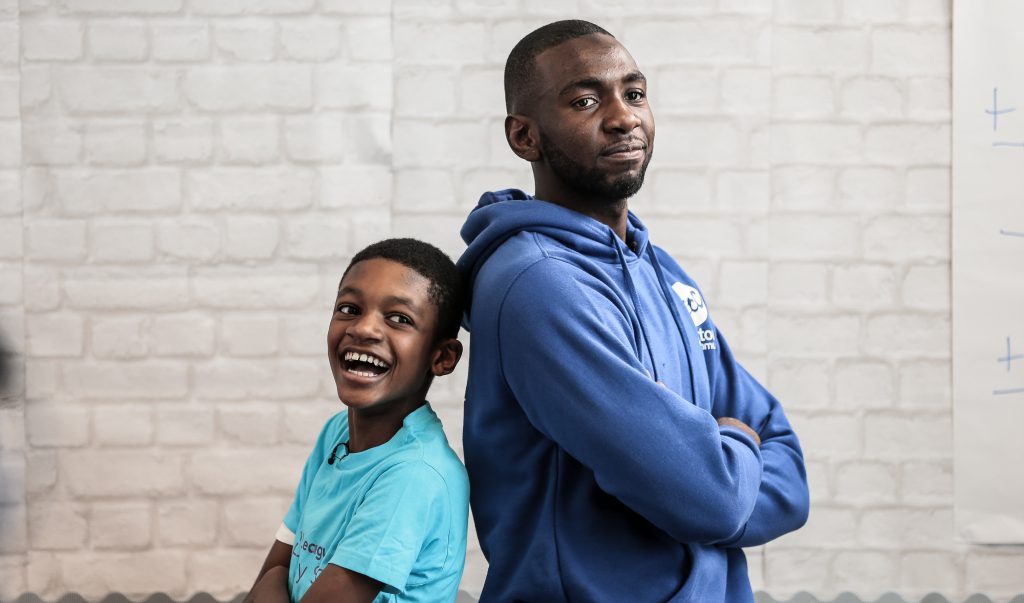 The kids loved to see Yannick battle for the win against one of their own.  The premise of the game. Each player needs to shout out a word that rhymes with the starting word, but being careful not to hesitate or repeat!

It was fun and Yannick demonstrated true competitive spirit to the kids. 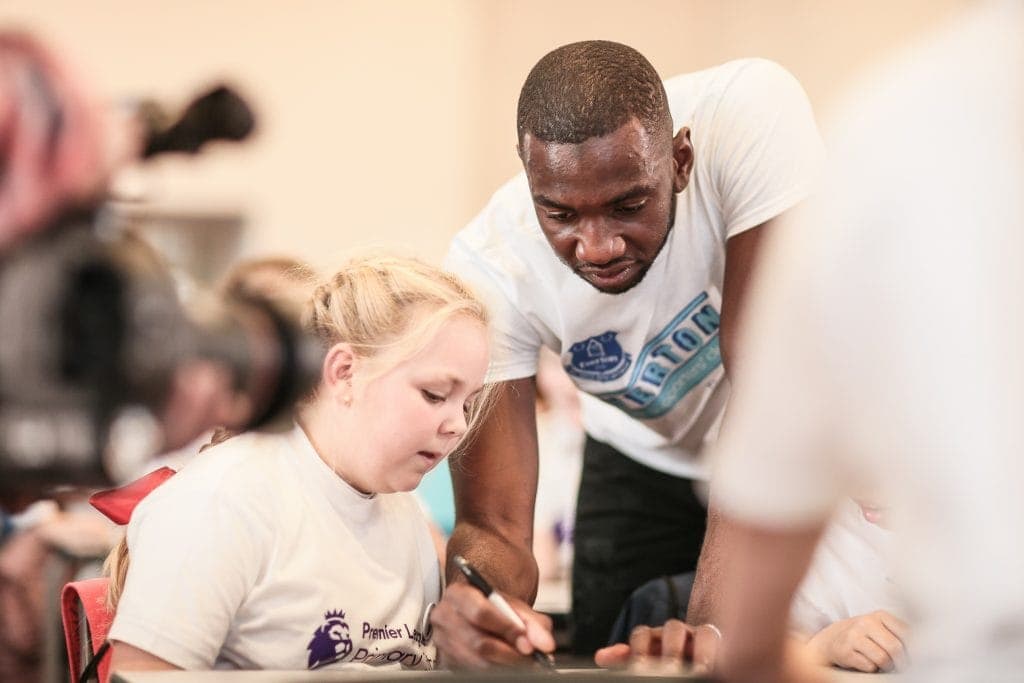 So inspired by the William Hickson poem ‘Try, Try Again’, which is recited by footballers in the recent Premier League Primary Star advertising campaign (you can see the full video here) the competition asks school children to write around the theme of resilience; what does it mean to you to try and try again? Entries can be any form of poetic writing including a rap or lyrics. Teachers and parents can register or nominate their child’s school to take part at PLPrimaryStars.com.

It’s a fantastic campaign so try and persuade your children’s school to register. I’ve registered mine!  The competition opened on Thursday 28 September 2017 – National Poetry Day – until the end of the autumn term – Friday 22 December 2017.

There will be a top national prize and 10 regional prizes for each category (Key stage 1 and Key stage 2).

Prizes for national winners:
– A visit to your school by a children’s author or poet to lead a poetry workshop, plus the Premier League Trophy!
– The winning poems read aloud by a Premier League star and captured on film

There will also be some brilliant bags full to the brim with poetry books up for grabs for the first 1,000 schools who submit entries! 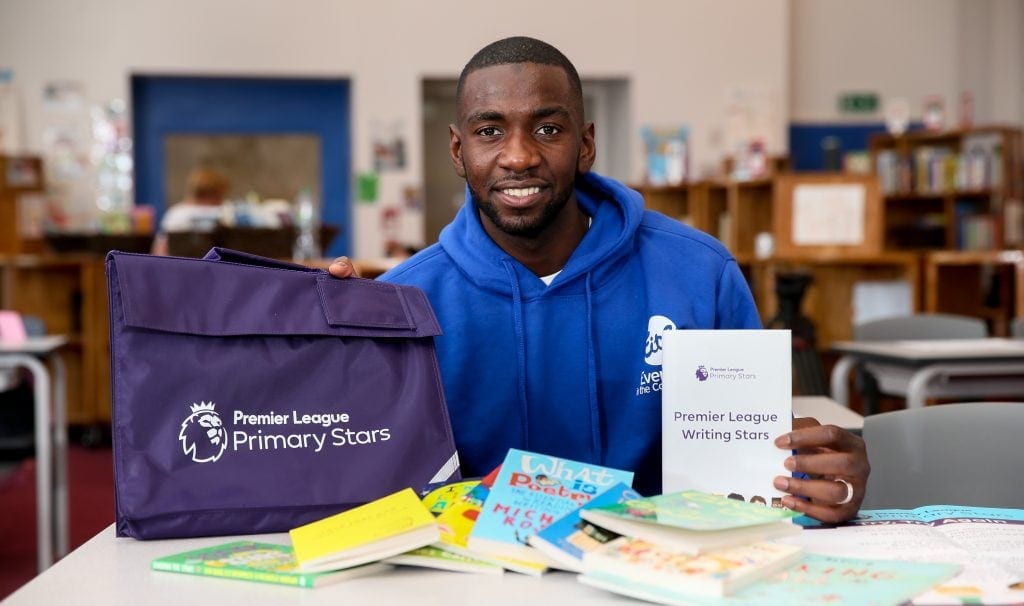 The above article is amazing! I am wondering if Scottish Schools may take part as well.

If not, are there any plans to provide these fabulous opportunities for Scotland in the future please?

I know that this approach would heighten interest and excitement for literacy learning among my pupils.

Many thanks and fingers crossed

Oh good question not sure about Scottish schoools though as it is the English Premier League.

Thank you for posting and it is amazing. Great job keep it up

Amazing very much helpful and informative