Skip to Content
7 shares
When Lara was invited camping by my very kind friend Leeanne, it became quickly apparent that I was not going to escape with a quiet weekend at home with my boys. Craig began to moan that I had been holding him back for years with from his dream to camp in the wilderness. This started the boys off, and after 24 hours of nagging I had agreed to go camping. Of course we had no tent and only a couple of sleeping bags from pre children adventures up mountains in India and Africa – ahhhh, a life long gone. So we were going to have to spend a fair bit of cash for this new hobby. 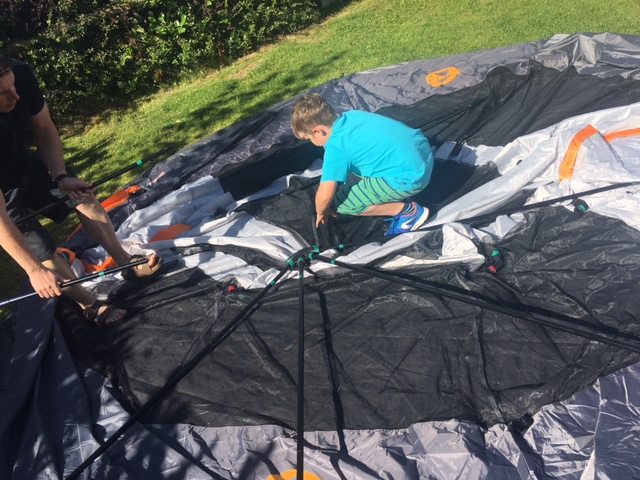 A lot of deliberation went into tent choice. My only request was that is wasn’t too small.  There was extensive research done. The criteria were; a sewn in ground sheet, a large tent, easy to assemble and  orange.
This was the answer https://www.amazon.co.uk/gp/product/B00R1FJ7WO/ref=oh_aui_search_detailpage?ie=UTF8&psc=1
Thankfully the boys studied the video a lot. So when we came to set up the tent in the garden as a trial and Craig asked me what the metal things were in the bag ( that would be the tent pegs and the reason why I have not been enthusiastic about camping with my husband ), they were able to set it up very well and give their not so practical parents instructions. 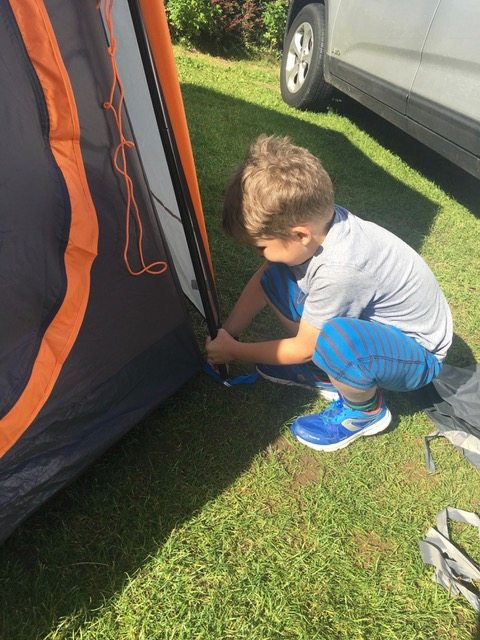 We made some additional purchases of sleeping bags and mattresses, camp chairs and a table  fromhttps://www.decathlon.co.uk which a really reasonable site for sports and camping equipment and bought a basic camping stove form Halfords.
Craig booked a pitch near Thetford Forest at Puddledock Farm.
https://www.pitchup.com/campsites/England/East_Anglia/Norfolk/Thetford/puddledock_farm_caravan_and_camping_site/?review_posted=123565
At a cost of less than £80 for 2 night this camping melarky is going to be like one of those fancy pizza ovens you get built in your garden. The first pizza costs £400 but thereafter each one becomes less expensive.
The toilet and shower block was lovely and really clean, as was the campsite. Certainly a perfect choice for amateurs. The reception staff were more than helpful when we realised you need some special adapter cable to get power and an iPhone charger won’t cut it and gave us one on loan free of charge. I never knew people had whirley gigs with their caravans or that they brought their own garden plants with them or used squeegees to wipe away condensation from the tent windows in the morning. 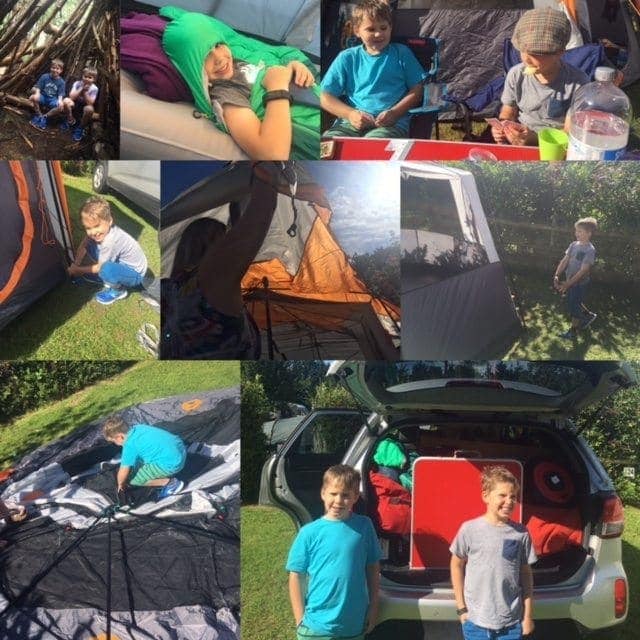 I also never thought I would be both apprehensive about sleeping in a tent but worried enough about going to the loo to restrict my alcohol consumption. It was after all 250 steps to the loo and 250 back. Which is a long way despite the stars and the fairy lights at 1 am.
The boys were in their element with their nest making skills and cooking their beans and sausages. Catering may  have been better if I had brought plates and enough cutlery for everyone but hey ho. They were happy enough to eat out the pan. 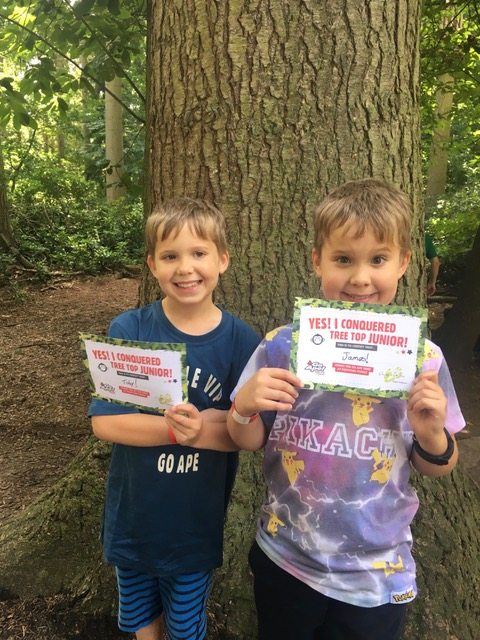 The first night I slept not a wink and Craig was smug about the great camping experience but my revenge was had on the second night when insomnia struck and the tables were turned. Ultimately, my days of enjoying camping were gone with my pelvic floor. I didn’t have much fun but the boys were in their element and since we have now bought a tent we will have to go again to make it worth our while. On the plus side, the boys are camping in the garden for their birthday with their friends. Bargain. 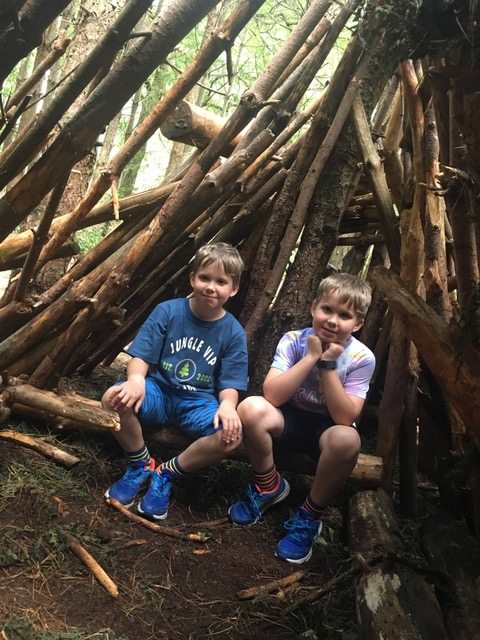 Ps Please see our video about GoApe and High Lodge. We would Highly recommend a day trip there.
https://youtu.be/Zk2f4tRC_tc 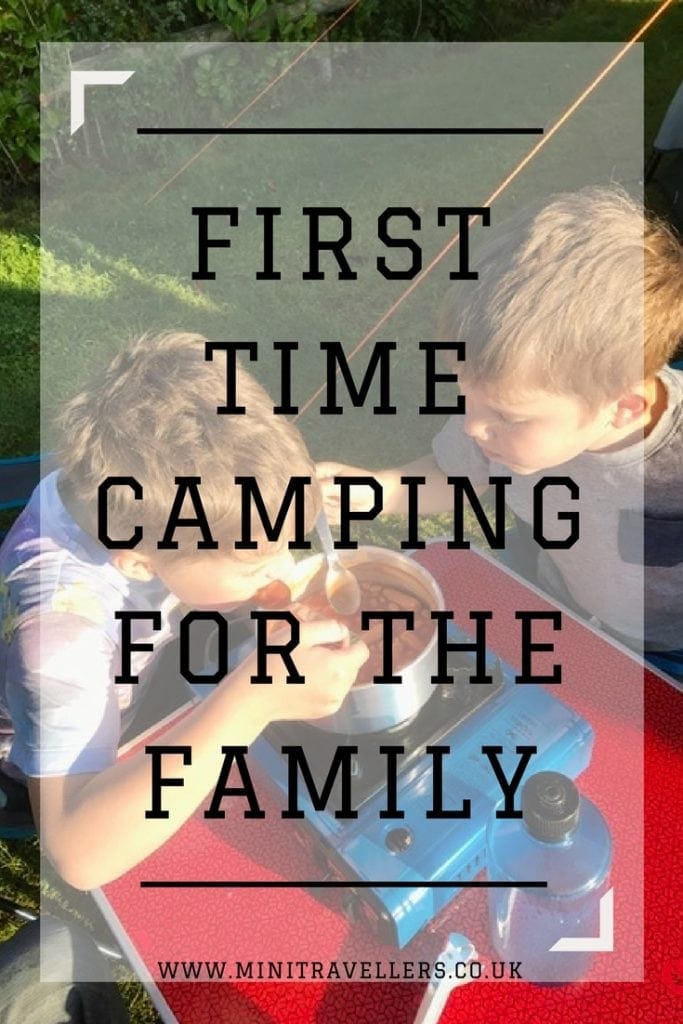