Mini Travellers on Safari… in Bedfordshire with an October half term trip to Woburn Safari Park.

A day at Woburn Safari Park starts with a Road Safari drive in your own car. The drive usually takes around an hour, but could be stretched out for longer, as long as your children make use of the toilets at the park entrance beforehand!

The Road Safari winds round open fields and it is not long before you begin to spot Woburn’s amazing collection of endangered animals wandering freely, seemingly unconcerned by the steady stream of cars rolling past. Seat belts were un-clicked and little noses be pressed against the car windows as a family of Dwarf Forest Buffalo sauntered across the road, Southern White Rhino grazed peacefully, and Sable Antelope peered through the car window. 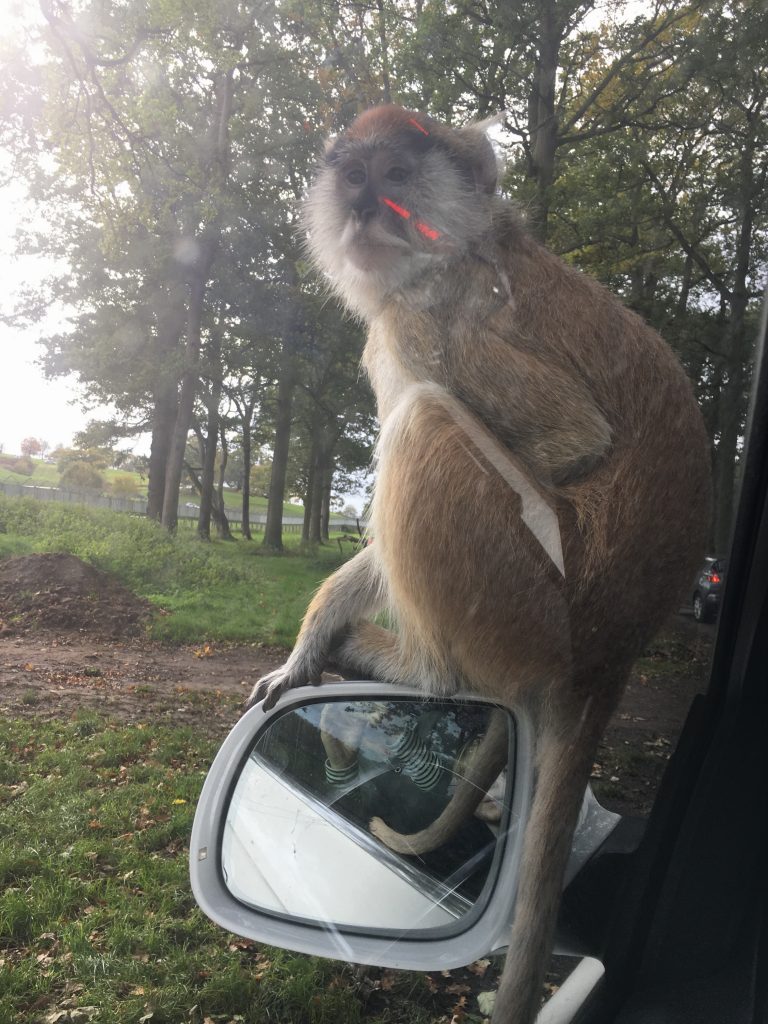 Through the gates of the Kingdom of Carnivores, we waited patiently as an Amur Tiger approached the watering hole next to our car and paused for a drink. We nearly missed the Black Bear sat in his sandy cave just meters from our car, as we were too busy watching a Canadian Timber Wolf devour his lunch. Back outside we paused by the Giraffe House, then onward into the monkey enclosure. We watched the monkeys jump from roof to roof of the cars ahead, wondering if they had an aversion to our big bright white car, until a Barbary monkey suddenly appeared on our wing mirror. Shortly followed by several Patas monkeys who played happily on the
roof window as the girls watched in delight. 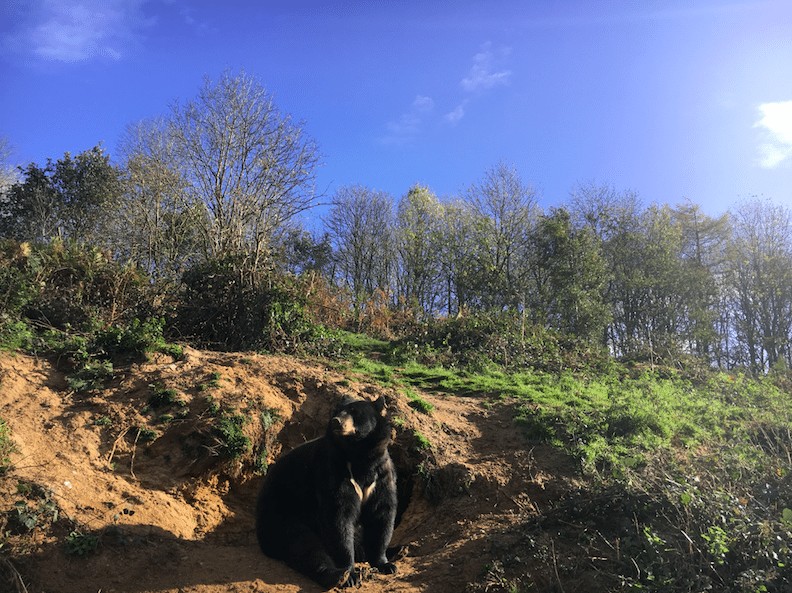 You can repeat the Road Safari as many times as you like, but the girls were keen to explore the Foot Safari and meet zookeeper Roxanne who was going to introduce us to Woburn’s latest arrivals, two playful Red Pandas; Mali & Mambo, who love to scamper back and forth across a overhead walkway between their new home and playground. Amelia & Florence learnt all about what the Red Pandas like to eat, when they sleep, and whether they might breed in the park. Roxanne answered all the girls questions with enthusiasm, and helped them compile their very own Woburn Animal Top Trumps (answers below). Florence wants to become a Zoo Keeper so took the opportunity to seek career advice; she now knows she needs to work hard at school (thank you Roxy!) but also that Woburn offer a ‘zookeeper for the day’ experience, which is now right at the top of her Christmas wish list. All the Woburn zoo keepers seemed friendly and approachable, so I would encourage you to stop and ask questions if you get the chance, its amazing what you might learn!

Other highlights on the Foot Safari were the goats that tolerate affectionate two year olds, curious spider monkeys who scamper around your feet, and sea lions who we spotted behind ‘Sea Lion Beach’ rehearsing their act with the keepers. Older children will also enjoy the rope bridges at Giraffe Trail High Ropes. We had hotdogs for lunch in the Mammoth Play Ark, which meant they could take full advantage of the large indoor soft play and slides. There is also a restaurant on site, and a gift shop where soft-toy-animals are far from endangered! 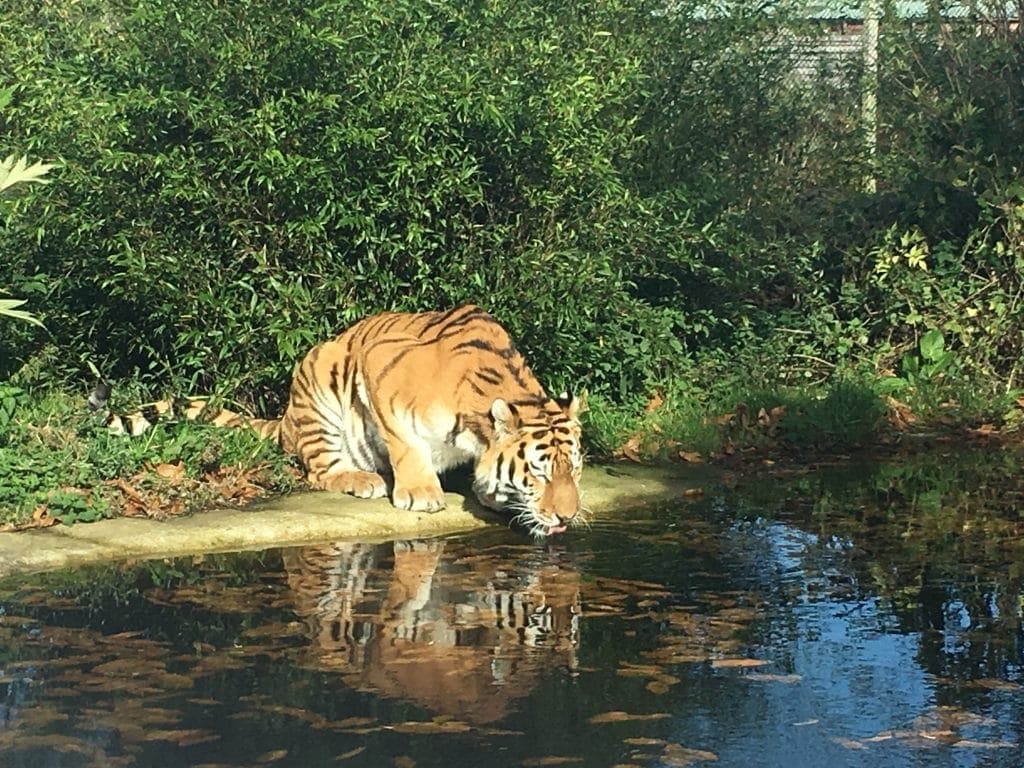 We would highly recommend a visit to Woburn Safari Park. Don’t be deterred by autumnal weather as the animals were still active and there is plenty of opportunity to warm up in the indoor areas, or on another trip around the Road Safari. Woburn’s website, includes a ‘meet the animals’ section which is lovely to look at before you go. Next time I might also try and find a moment to decide what we wanted to see in the foot safari before we arrive as there is a lot on offer, including keeper talks and demonstrations.

We are now halfway through half-term, and little Nancy is still talking about the “monkey on our car”. Thank you Woburn for helping us make memories this half-term.

NB: Lucy and her family were guests of Woburn Safari Park but all views and opinions are my own.

What a wonderful place to visit. I can’t believe we’ve never been before. It’s now on my list of places to see.