Last night we were lucky enough to be invited to the Empire Theatre in Liverpool to watch Matthew Bourne’s Cinderella.  This wasn’t your usual Cinderella, although you would all recognise the basis of the story, this one was set in 1940’s London during the Blitz.

The show was first created back in 1997 and hasn’t lost any of its magic.  For those of you unaware of Matthew Bourne, or should I say Sir Matthew Bourne OBE, he is widely hailed as the UK’s most popular and successful choreographer and director. For 30 years he has been creating and directing dance for musicals, opera, theatre, film as well as his own highly successful, award-winning companies.  So we knew from the off-set that we wouldn’t be getting a standard experience.

The show opens with film projected scenes to perfectly position the feel of London at the time and sets the tone for an over-worked and dejected Cinderella continuously running around after her family.  It then loosely follows the traditional story, although a traumatised RAF pilot takes the place of the Prince and the formal Ball is replaced with a glamorous scene at the Café De Paris .  Interject the development of the characters and the interruptions from bomb blasts – with some unexpected outcomes – and you have a great production. Throughout, as you would expect, there are some beautiful dance scenes, many being with the full family of step-mother, two step-sisters and three step-brothers joining in.  There is a clever balance of dance and drama which certainly holds your attention, enhanced by the Prokofiev score; played by a magnificent 60 piece orchestra.

I have seen a few productions at the Empire recently and have marvelled at their ability to create a great production around a simple stage set.  I had forgotten the potential of the Empire’s stage and it was great to see it back in all its glory – Lez Brotherston (who won an Olivier Award for his original designs) used it to its full capacity.  The scene sets were superb and changed the atmosphere from a bombed out London street to the glamorous Café De Paris in moments.  Add in the special effects and lighting and it was spectacular.  The costumes were cleverly planned, with the majority of the cast being in typical war times colours of greys, browns, greens, which allowed the Angel (played by Liam Mower) to shine out in his white suit and once Cinderella (played by Ashley Shaw) was transformed I literally couldn’t take my eyes off her … her dress was out of a fairy tale (funny that!) and combined with her movements, I apologise that I wasn’t really looking at anyone else on stage.

Matthew Bourne’s Cinderella is currently touring the UK and is on at the Liverpool Empire until Saturday 14th April – tickets are still available.  Although this show isn’t necessarily suitable for younger mini travellers, the Empire have plenty of brilliant family shows.

We were invited along to watch Cinderella courtesy of the Liverpool Empire, but all view are my own.

Free Christmas Travel Game Printable for all Mini Travellers Readers – No Sign Up! 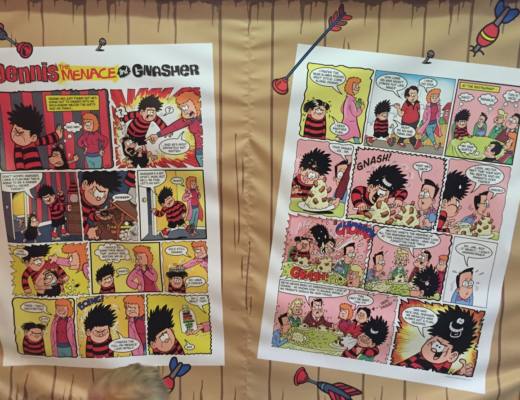 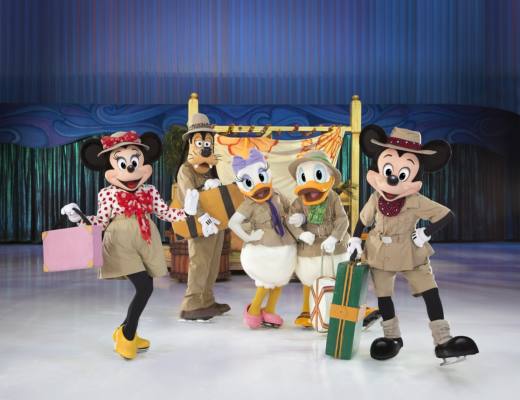 Disney on Ice – Creative Crafts for the Kids