Right at the end of the Summer I stayed at Surf Snowdonia with my friend and her children too and we spent a little bit of time trying out some of the other adventurous activities down in that area of Snowdonia.

One of the activities that had been arranged for us was a tour of the Llechwedd Slate Caverns. Now I wasn’t actually sure when we set off that a tour of the slate mines was an activity that the girls would really enjoy, but I decided that we would give it a try, it is after all what this area of Wales is particularly famous for!

Initially they were quite frightened when we went into the slate mine.  It was dark and it was cold (Top Tip: Dress warmly whatever the weather outside) however due to the kindness of the gentleman who was leading the tour – Rich – who took hold of Lily’s hand and helped her feel calm, making her into a tour guide and leaving me to hold hands with the twins – all was well.   I’m really thankful to him for taking the time to do that as it made the tour too much more enjoyable for all concerned and Lily actually loved being ‘in charge’! 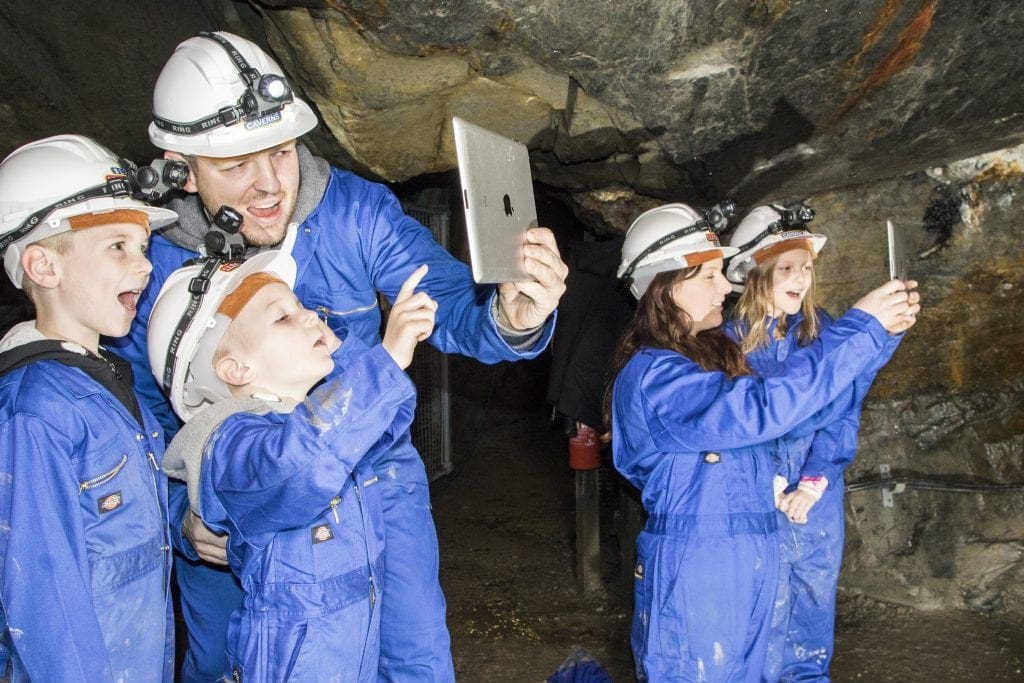 The tour begins by taking a lift into the depths of the slate mines.  You get a boiler suit to put on, together with a hat and you get a slight feel for the actual fear that the men must have experienced, save for the fact that you have electric lights and they had barely anything!

We wandered down a well trodden path, knowing that we could get out if we needed to, nonetheless there was that little bit of fear in the back of my mind that I was taking my three children into this mine and vaguely concerned about the safety of that!

The tour takes you on a journey through the mines and talks you through the way the miners would have lived and how young they could have been.  They set the scene, in a way the children could understand too, about a Victorian gentleman buying the land above the mines to make some money from the slate mines, and the conditions and pay the miners would have received to earn money for him.  The children were aghast at finding out that the rich man at the top (who didn’t actually do any of the work) ended up with all the money from the slates! It was an interesting lesson in politics and how the world works!

As we moved through different chambers different stories are projected onto the walls, and the girls loved listening to the family chattering down there discussing daily life.   It was fascinating to them that an eight-year-old boy could have been working down there all day, and they wondered which of their cousins that might have been. 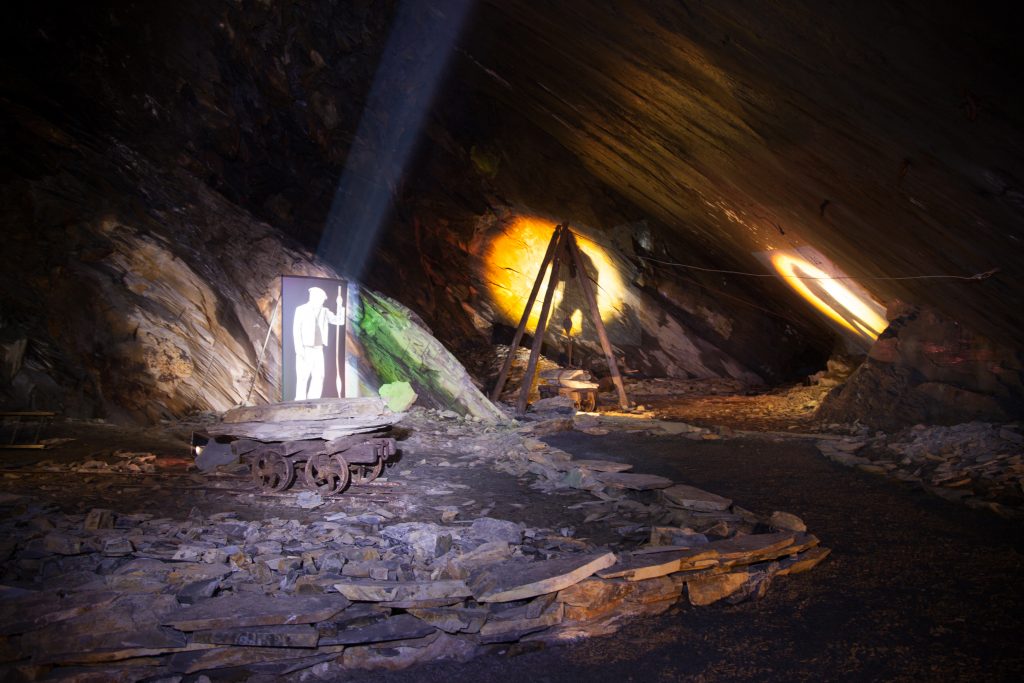 There was also an opportunity to spend a little bit of time reflecting on how many lives were lost down the mine and it was a very poignant moment when there was a beautiful show projected onto the wall of some beautiful images but the lights represented the lives that had been lost. 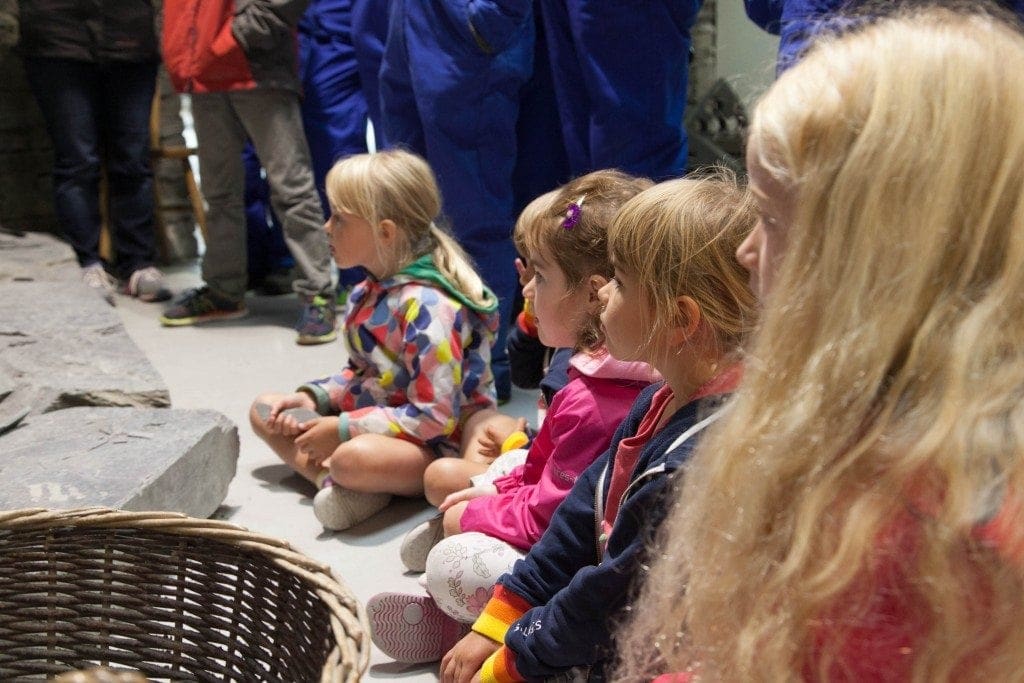 Once you have finished the tour which took around about an hour you travel back up to the surface (which I think actually a lot of people were quite relieved to do) and then you watch a brief demonstration of how you turn the slate (that has been recovered from the mine) into something useful.  Once again it was really kind of Rich to explain things so well to the children in a way that they could understand.   He also very kindly gave them a slate heart to take home as a souvenir.

Overall it was a fun hour and a half tour.  Remember the  coats and sensible shoes and if you do visit be sure to say hello to Rich. 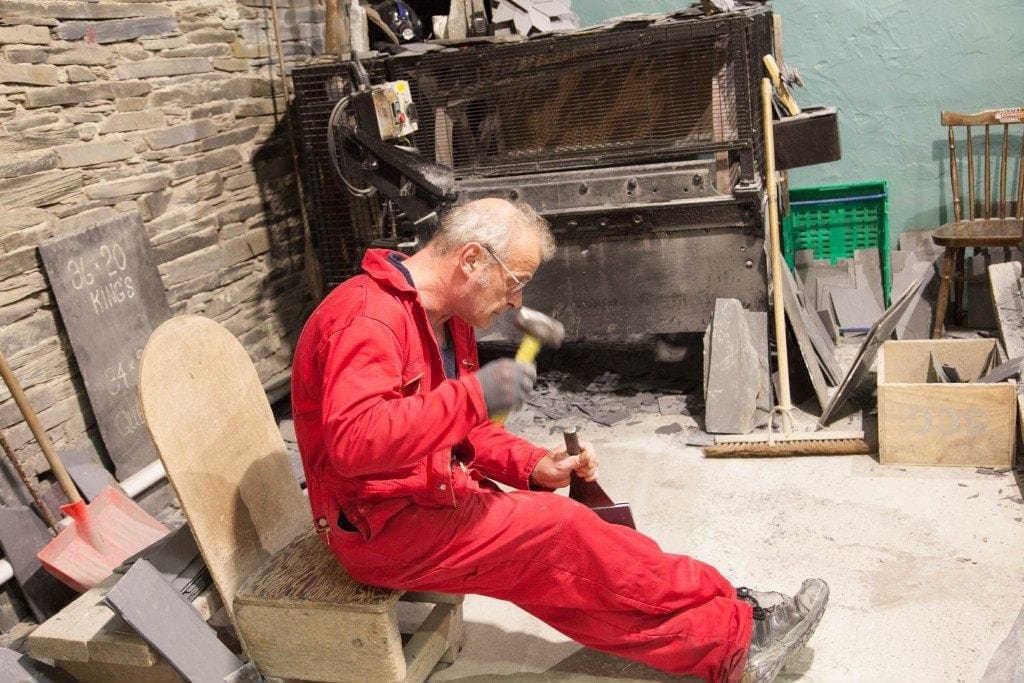 You would struggle to do this tour with a pushchair, take a baby carrier if needs be.

When you first enter the cavern it is very dark and younger children may find this scary.

If at any time you feel the need to leave the cavern during the tour your guide will need to arrange for you to be escorted out. You cannot leave the tour on your own.

Wear warm clothes and sensible shoes whatever the time of year.

Why not PIN this for future reference 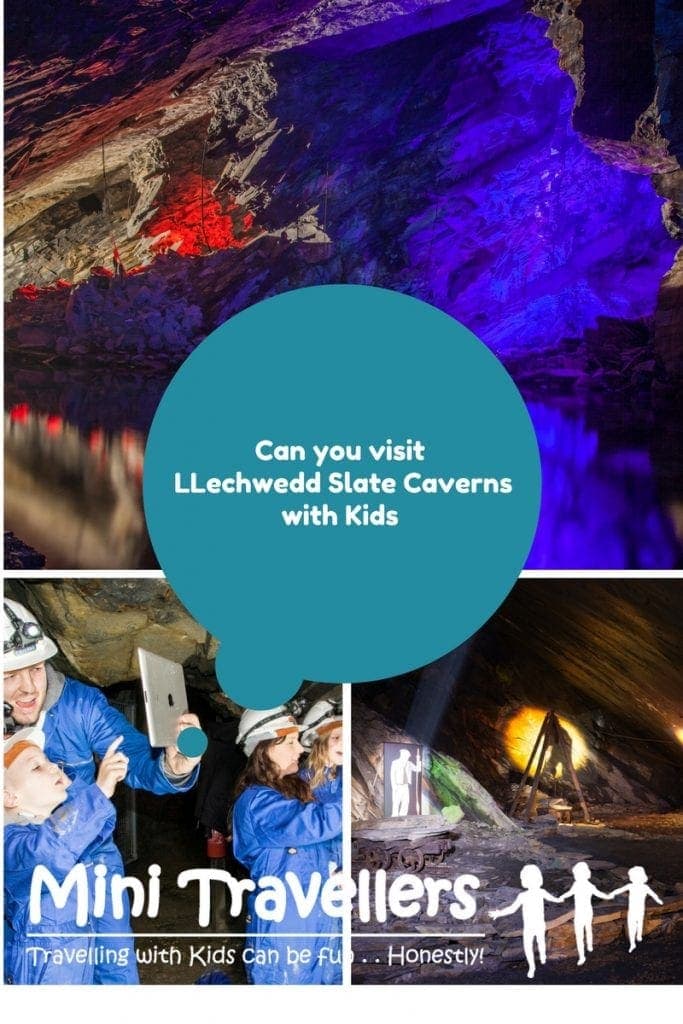 NB: We received complimentary access to Llechwedd Slate Caverns but all views and opinions are my own.

Ahh we've been here, it's fabulous! We bought our door sign from there too :) #Cultuerdkids

I am so happy to hear Rich made it a wonderful experience for you - :-D I work with him and he really is a legend!

Sounds like a really interesting experience. Really important for children to get a perspective on what life would have been like in days gone by. #culturedkids

Nell (the Pigeon Pair and Me)

Gosh, it really must have been hard down there before electricity! This looks like such a thought-provoking tour, raising so many issues about society and how we used to live. Kids are so lucky these days! Thanks for linking up with #CulturedKids

In all the years we have visited North Wales, we've never done this. It sounds a really good if scary thing to do.