For anyone over the age of 30 the KSC oozes history from every space suit, rocket booster and landing vehicle.    The momentous events that took place in the buildings and launch pads of the Cape over the past 50 years have filled countless books, films and TV dramas.  Events that have captured the world are few and far between and Nasa has contributed more than its fair share.

As you can tell, like many 40-year-old men (Or should I say boy) I am a massive space geek and have always wanted to go to Cape Canaveral.  When the idea of going to Disney was suggested by Mrs Mini Travellers my one and only condition was that we go to NASA!! 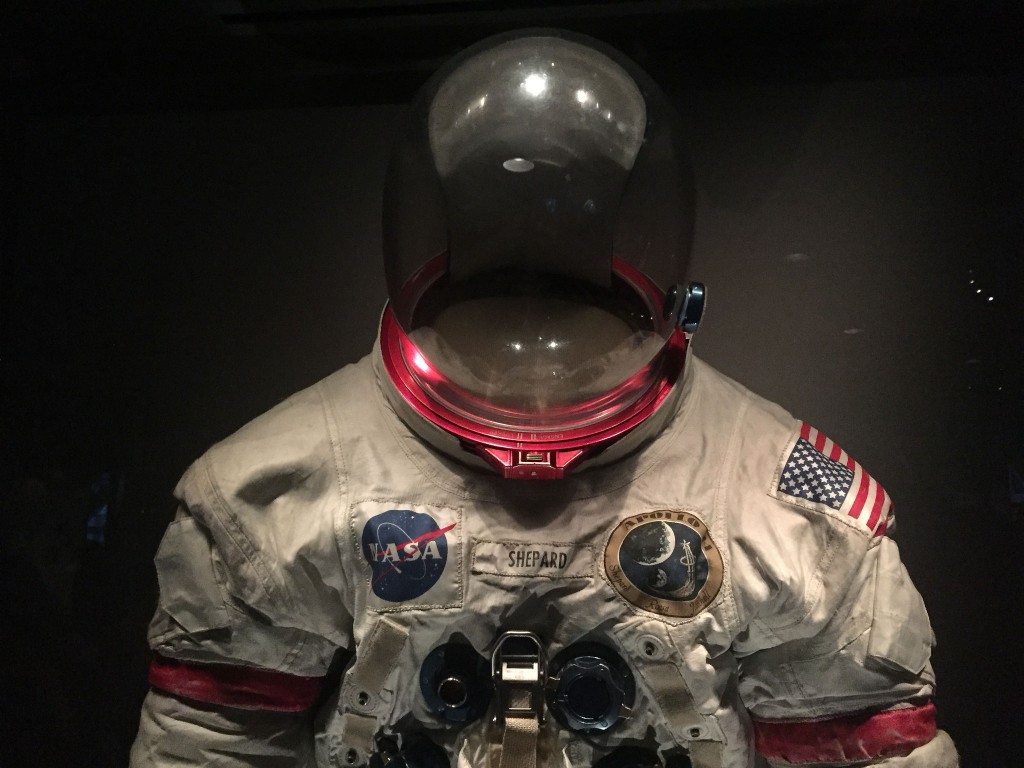 What is interesting is that in this period of hiatus between the final space shuttle mission in 2011 and the launch of the next generation of space rockets with the SLS and Orion MPVC, Nasa is working very hard to entertain and engage with the next generation of “massive space geeks”.  Without the drama’s playing out on our TV screens the Kennedy Space Centre is now the place where Nasa has a chance to grab the visitors’ attention and tell their story as well as show their vision for the future.

This is done brilliantly in the Space Shuttle Atlantis building that was opened in 2013.  The building dominates the KSC complex at 10 storeys high and is the first thing you see when you arrive.  I would plan to arrive early and head straight there.  We set off from Kissimmee just after 8am and were there by 9am during a very busy week at Disney and had the place virtually to ourselves for an hour.

No plot spoilers but the video presentations that you watch before entering the main Space Shuttle hall are excellent hairs on the back of your neck stuff and the reveal…… well as I say no plot spoilers!  Other than the huge space shuttle taking pride of place suspended from the ceiling with its doors wide open there are touch screens throughout the building with displaying games, videos, photos and information. 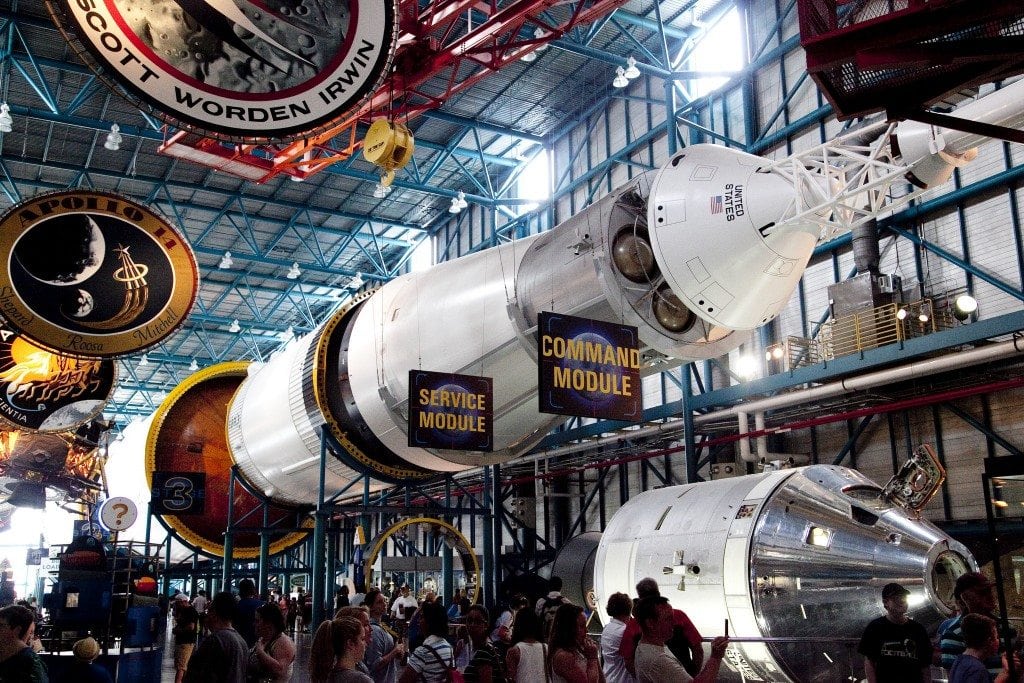 There is a simple mock-up of the confines of a space station together with a “training camp area” with a number of exercises, games and tests on the ground floor.  Added to this is a poignant memorial to those who have lost their lives in the two shuttle accidents during its 30-year history.

The other extraordinary exhibition hall at the KSC is the Saturn 5/ Apollo building.  If you don’t know what a “Saturn 5” is it is the rocket that propelled all of the Apollo missions to the moon.  You enter the building through a mock-up of a launch sequence played out in front of many of the actual consoles that you see on those grainy images from the 60’s and 70’s.  You can almost sense the presence of Gene Kranz with his white waistcoat and cigar!

At 110 meters tall it stood the height of a 30 storey building and moved very very fast.   Seeing the scale of the rocket is breath taking as you walk your way down its 110m length to the tiny capsule that sat on top which housed the three astronauts.  The nearest analogy I can think of is sitting on top of a highly combustible fuel tank the size of a ship that’s actually on fire.  You appreciate the bravery of these astronauts so much more when you get a chance to see the scale of these projectiles.   The is also a short film and presentation on the first moon landing that is worth a watch as well.  The show is every 30 minutes.

There are exhibits though out the building and an opportunity to speak to an engineers who actually worked on Nasa projects.   There is a restaurant at the Saturn 5 building that was much quieter than at the main centre if you want to escape the crowds a little with a decent selection of hot and cold food and drinks.

The bus tour of the assembly buildings and launch pads was also a highlight of the trip.  History around every corner as well as chance to see works being done to the launch pads for the next generation of rockets.   We got a chance to get up close to one of the transport vehicles that I remember at school we were allowed to watch carry the first space shuttle all the way to the launch pad on.  As a spectacle it was hardly exhilarating as it moved a 2 miles an hour but I still remember being captivated by the whole thing.  The tour took about 40 minutes and of course I loved every minute!

Back at the KSC there is a rocket park to amble around as well as a selection of films in the IMAX 3D theatre.  If you have spent any time at Disney, you will be more than familiar with the drill by the time you put on the glasses again.  All hugely positive and inspiring stuff!

NB: We received tickets to visit Kennedy Space Centre (KSC) at Cape Canaveral but all views and opinions are our own.