Our review of The Jungle Book at The Playhouse, Liverpool

I started planning this February half term by seeing The Jungle Book advertised as being shown at the Playhouse Theatre in Liverpool.  I thought my two boys (age 5 and 7) would love it so asked Grandma if she fancied joining us and booked tickets for the Thursday performance at 5.30pm as a treat to start half term (we had an inset day on Friday).

What a start it was!  The Playhouse is fast becoming one of my favourite theatres in Merseyside, I feel the productions they put on feel personal and being in the audience you feel drawn into the show and can see the effort that everyone (usually a small cast) has put in.  This unforgettable adventure is adapted by the Olivier Award-winning Jessica Swale (Nell Gwynn), features live music on stage created by Joe Stilgoe and is directed by Max Webster (The Lorax, The Old Vic).  It followed the familiar story as Mowgli the man cub battles for survival in this heart-warming coming-of-age story about a child raised by wolves in the jungle. With the help of his animal friends, including Bagheera the panther, Baloo the bear and Kaa the python, Mowgli outwits the cruel and powerful tiger, Shere Khan, and learns the law of the jungle. 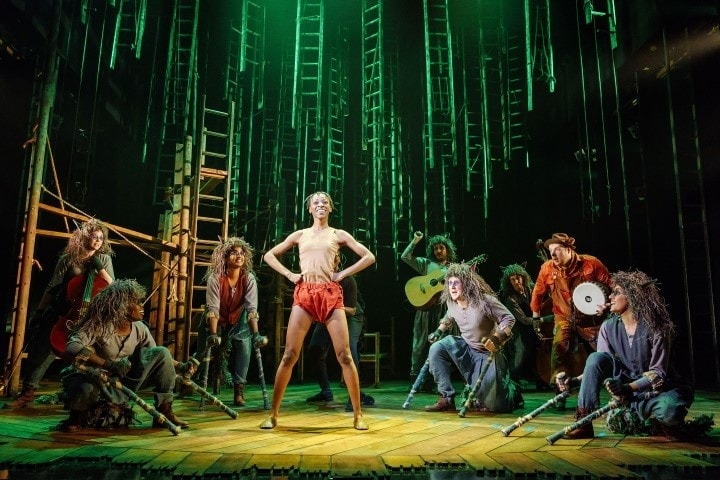 The story was great and the performances, just superb.  Keziah Joseph, who played Mowgli, was the stand out act for me (and the boys) – the passion she, and all the cast, put into the performance (their second of the day) was incredible.  The boys were intrigued by Shere Khan and thought that Baloo was hilarious!  The songs were new and I personally thought were brilliant – a lady behind me felt it missed the ‘popularised’ song of “King of the Jungle”, but I thought it brought freshness to the tale and they definitely got your feet tapping!  When I take the boys to a show like this, I probably spend a quarter of my time watching their faces – the look of complete engagement, delight and intrigue absolutely made this show for me.

Finally, at the end of the show the cast and production team stayed behind to answer questions from the children in the audience – which I thought was a brilliant touch.  Mine were delighted to ask about the visual effects and whether the cast enjoyed themselves; and there were some other great questions.  We even got high fives from Mowgli – and what better way to end a great night out!

The show is currently touring the UK, find out more about it here http://www.junglebooklive.co.uk/

The Playhouse has some other great family shows coming up: 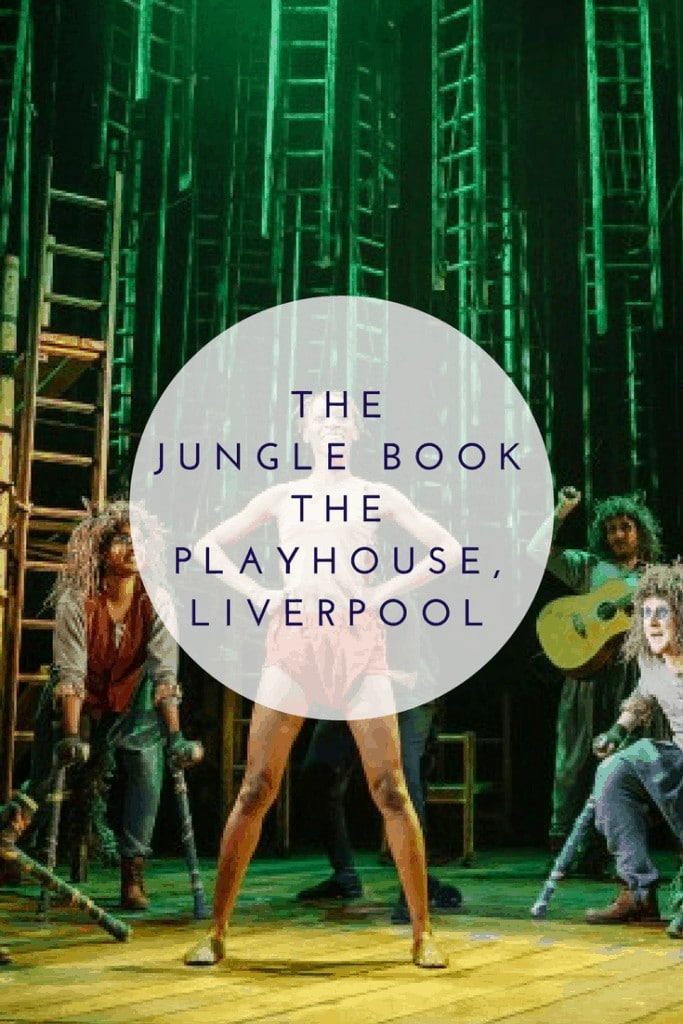