During our stay in Cyprus we spent a morning at Apesia Hills Donkey Sanctuary which is in the hills just outside Limassol.  I love having a hire car when I’m visiting somewhere so that we can just decide to head out for the morning and explore the area not feel stuck in the hotel, no matter how amazing they are (Four Seasons Limassol and Amathus Beach Hotel were pretty amazing incidentally!).  We used Manos Hire Car for our trip and I can highly recommend them, best contacted via phone or whats app!

Anyway back to Apesia Hills Donkey Sanctuary.  As we were travelling in October Half Term and Cyprus is definitely quieter in October than in the Summer months, we happened to be the only people at the sanctuary that day, however having listened to the number of people they usually get through their doors (most on coach trips I think) I’d say it was pretty unusual that we had the place to ourselves.

On arrival we were greeted warmly and taken out to meet the donkeys. There was a rather confusing discussion on the way up there about donkey milk (I got the impression it was very good for all sorts of ailments and that they wanted us to buy some) but it wasn’t long before we met our donkeys who would take us on our mini donkey safari. 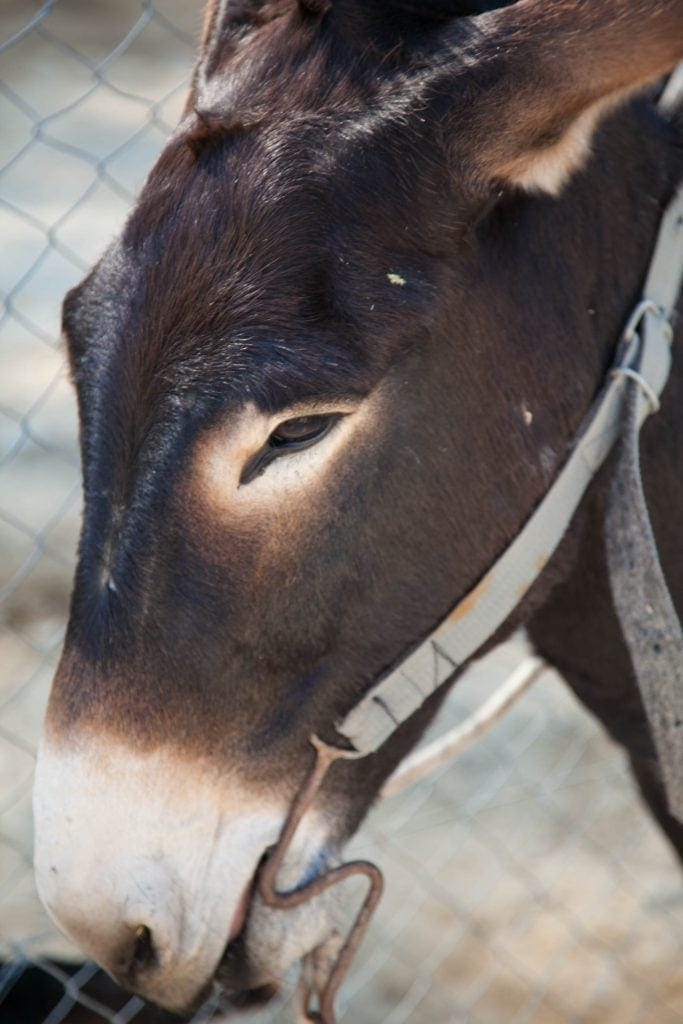 First impressions were that the donkeys were very well cared for and the people working at the sanctuary seemed to respect the animals a lot.  Donkeys were chosen for the three girls and I was persuaded to have a go too. 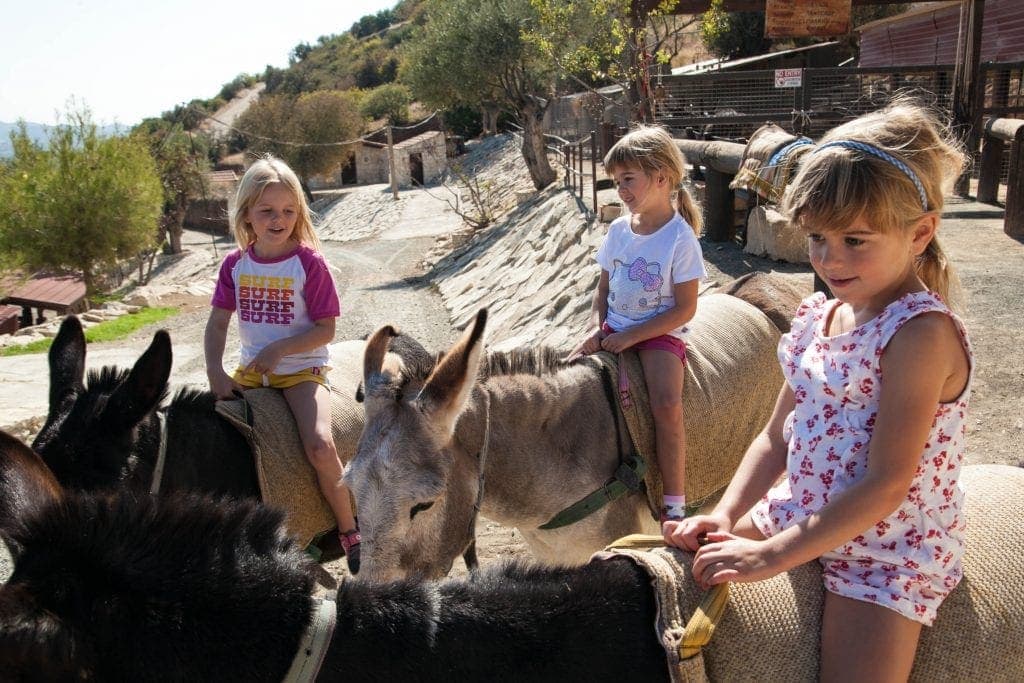 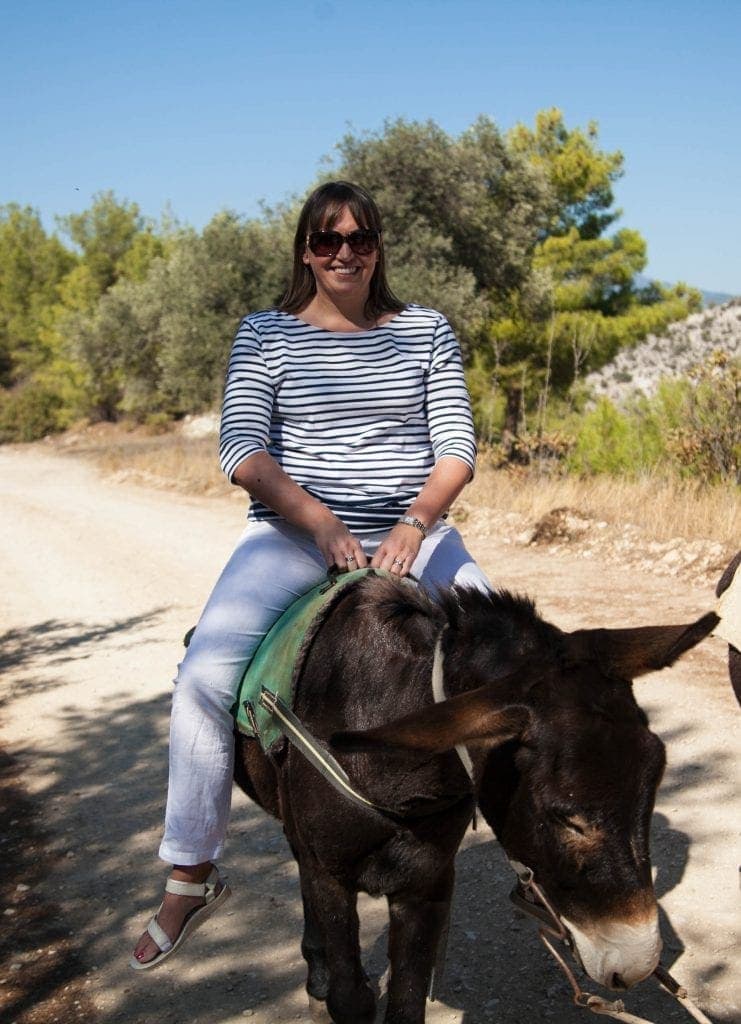 We were led by a couple of guides, both who were students at the local university, helping out at the sanctuary for the Summer.  They gently walked us up towards an area where more donkeys were being kept and looked after. Some just being rehabilitated, others pregnant and others had just had babies.  They chatted to us all throughout the little trip and asked the girls questions about the donkeys and told them some interesting facts. 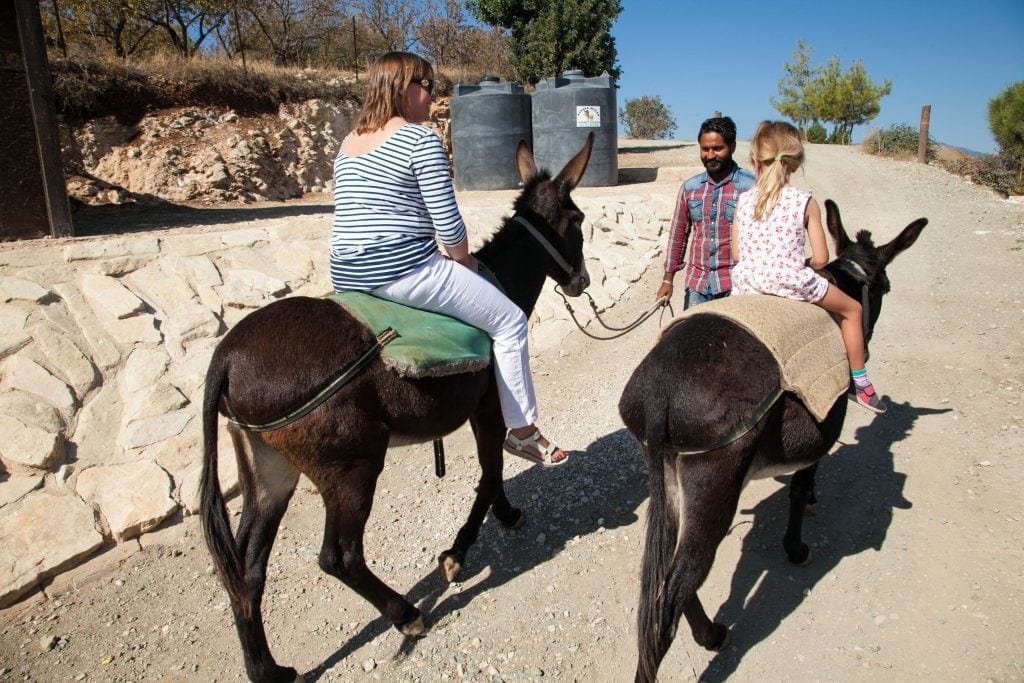 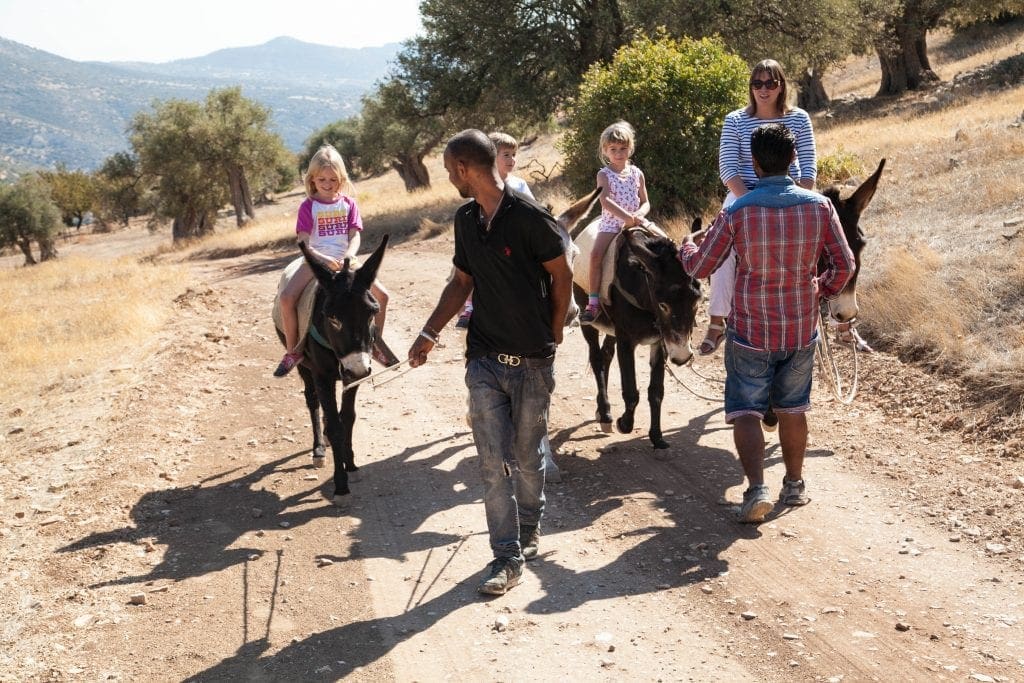 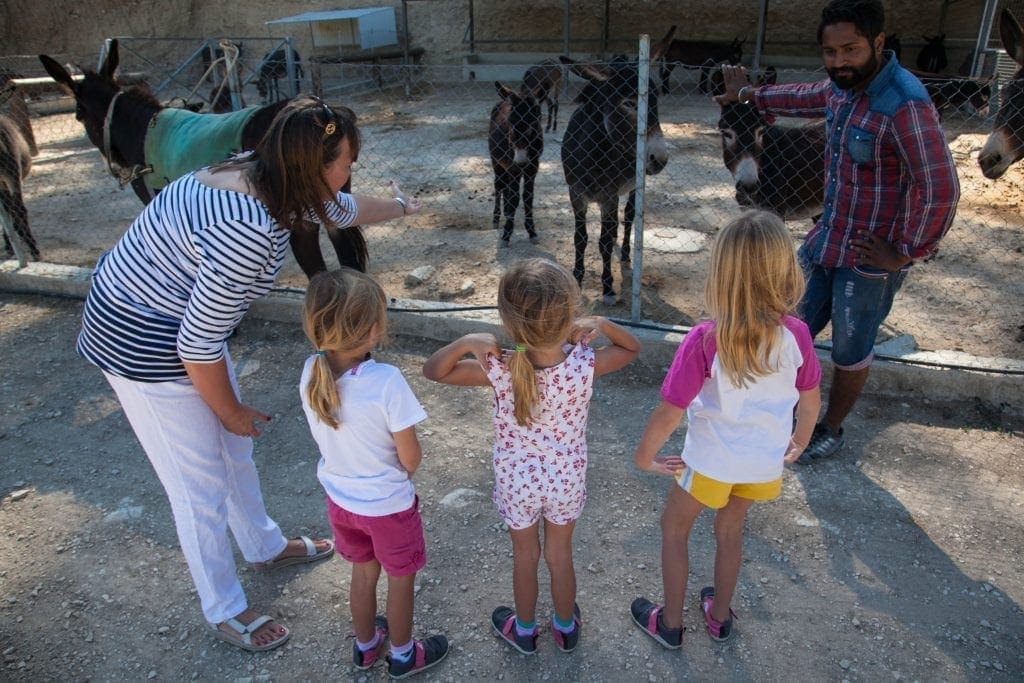 The whole experience probably last just about an hour including the stop at the top of the hill and the drink at the end.  The views however were pretty spectacular and had you wanted to you could have spent a little more time in the restaurant, the pool or the playground. 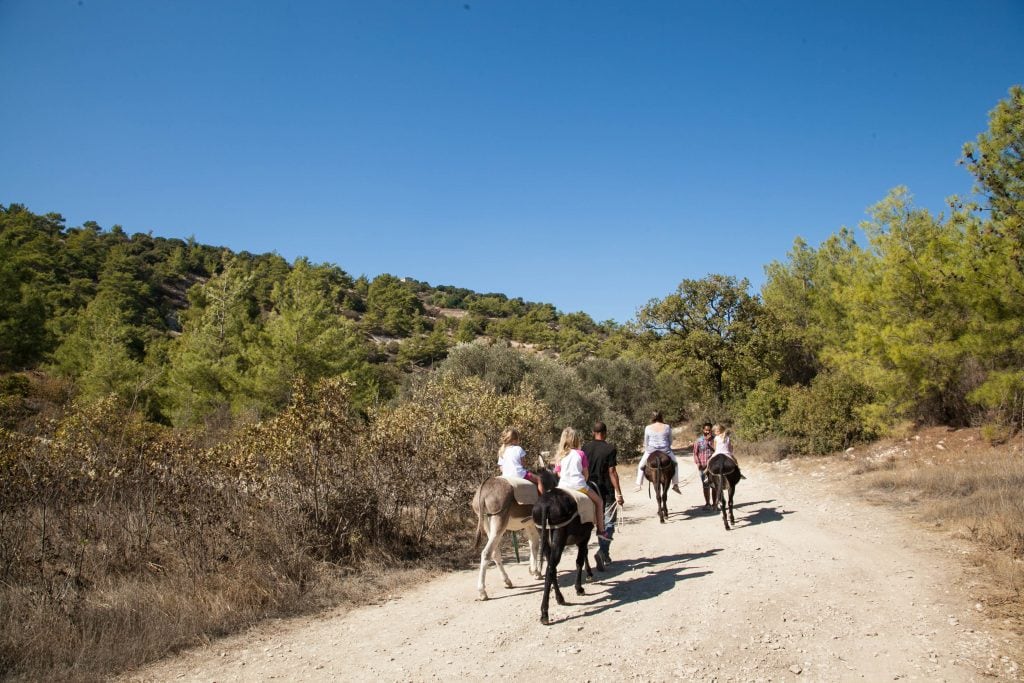 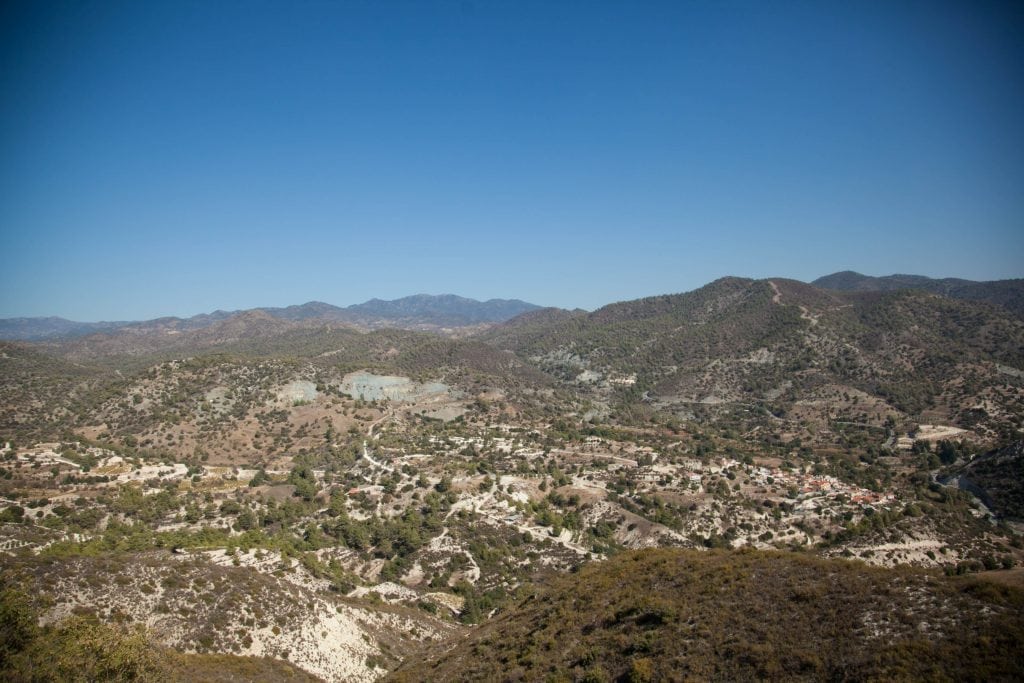 Thanks to Visit Cyprus for arranging the trip for us, however if you would like to book yourselves just contact the sanctuary on facebook, or ask your hotel to do it for you when you arrive.  The donkey safari we enjoyed would have been 10 Euros per person.