For a couple of years the kids have been nagging about their need to stay in a caravan. It would clearly be the best thing ever and this year I gave in. I was about enthusiastic about the prospect of staying in a caravan, as I was about first time camping last year.

But after a drunken girls night out with Karen and Jeanette, I was convinced the way to do this was clearly thru The Sun newspaper deal. We could stay local, rent out the house and it wouldn’t cost so much that I would resent it. The codes are easily available on line or on Facebook which was lucky as Craig refused to buy the paper. The cheaper deals are in term time but I found one during the Easter holidays that was reasonable at Parkdean.

The initial outlay was just over £100 but it seemed you needed passes to use the pool.   I also panicked and paid for an upgrade and bedlinen. So the total was £199 for 3 nights for 5 of us. 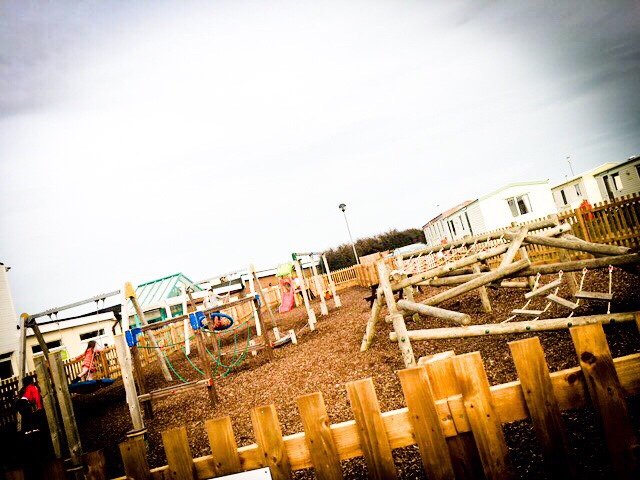 Craig was unenthusiastic about the whole ordeal , not helped by me being on call on the Friday so he was in charge of putting the finishing touches to our house for the Airbnb renters and controlling and transporting three super excited kids 20 minutes down the road. He did a sterling job although I was less impressed when I had to detour to a petrol station en route to the place for toilet paper and tonic water after a 12 hour day at work, as he hadn’t had ‘time’ to make these important purchases.

Before I arrived there were 2 moaning texts from the kids. The pool was so nasty they refused to even contemplate a swim ( I paid extra for that you know.) Lara claimed it was dirty, too hot and filled to the brim with babies in nappies and arm bands. My children don’t have high standards but it was deemed too horrific for me even to be allowed to look at the following day. Second issue was that due to “safety checks”there was a 30 minute delay to our 4 pm check in.

BUT, once they were in their precious caravan they were overjoyed. It was beyond all expectations.” Like being in a first class aeroplane, but better”, apparently. The best place they could ever contemplate staying in. So much better than a hotel. Remember this is a child’s outlook. 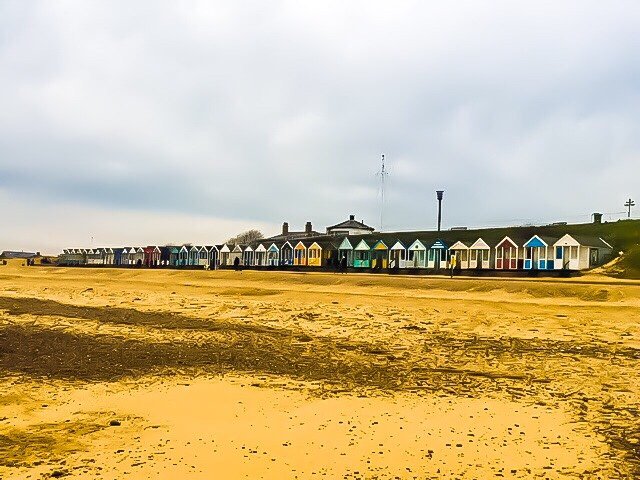 When I finally arrived after having got lost in various other caravan parks I was relieved at their happiness , but also how clean and modern it was. Some of the reviews had been less than positive so I had been a little anxious about what we were getting into.

There was a large kitchen/Living area and 3 bedrooms, bathroom and toilet. The bedrooms were very squished if you were a grownup but perfectly child proportioned. Lara did say her bed was too narrow so she took up residence in the living room, slept on the sofa, declaring it the most comfortable place to sleep, EVER.

Within the Park was a small play area, a standard arcade and a very lovely restaurant. There was a sad neglected outside pool but it wasn’t expected to be in action this early in the year.

But we hadn’t planned to spend much time in the Park and wanted to go out for adventures anyway. We spent our first day in Southwold having breakfast at Cafe 51. A little bit of a wait and a very tired loo, but a lovely breakfast from local produce that gave us enough energy for a 5 km beach walk collecting rocks and a brick that Toby found and insisted on carrying all the way back. We fitted in a visit to the Squiers of Southwold, a lovely cafe and old fashioned sweet shop where I bought and ate too much liquorish. 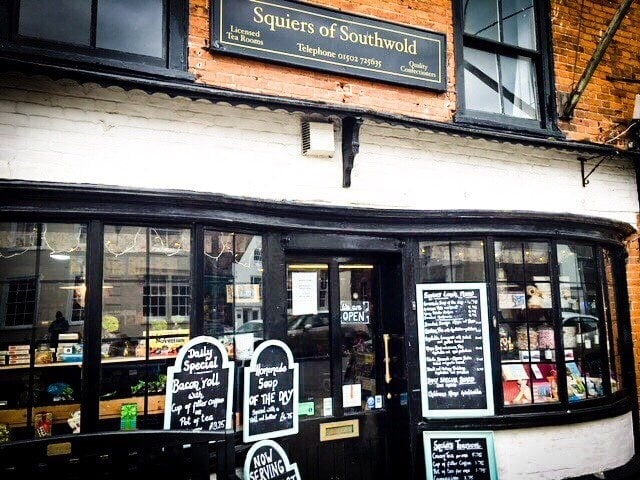 Having often seen signs but always been too busy we popped to the Beccles Farmers market on the way back to our caravan. We arrived a little late as it is open 9-1pm but it was clear to see that this was a must for another trip in the future with amazingly huge geese eggs, beautiful meat and fish and other exciting foodie treasures.

We hoped to go to a local pub for tea but alas, our eating schedule is always an issue as we want to eat 2 hours before normal people do so everywhere was shut. We had a quick drink in the Sailors Home, a little shabby and I missed a trick going to the loo, only to return to 4 plastic straws that had been handed out at the bar. Epic fail. They clearly did not know about the turtle.

So instead we had a lovely meal back at the park with paper straws and curry night!  Sunday brought a wet and dreary day so we ventured into Lowestoft for pizza and cinema. I had low expectations of this break but we all really enjoyed ourselves. Everyone was happy, everyone was relaxed. Job done. We will most definitely be staying in a caravan again.

Especially if it gets me out of camping……

I’d far rather have a caravan break than a tent any day!