We love audio books here at Mini Travellers but sometimes it is really hard to find audio books that all the family will love and enjoy listening to in the car all together.

I’ve tried to include in here links for you to buy these audio books on Amazon and Apple but if you’re a big audio book family (or want to be) then I really suggest signing up to Audible like we do, as it makes listening to new books so much more cost effective.

Harry Potter and the Philosopher’s Stone

Harry Potter is an ordinary boy, or so he thinks, living a rather miserable life with his aunt, uncle and cousin. Until one night , when a rather hairy and clumsy giant turns up to tell Harry he is in fact a wizard, and not only that he is one of the most famous wizards in the whole of the wizarding world! Harry is whisked off to Hogwarts School of Witchcraft and Wizardry where he learns to cast spells, mix potions, play quidditch, and where he inevitably meets people from his past, though not all of them pleased to see him.

The Curious Incident of the Dog in the Night-Time

The Curious Incident of the Dog in the Night-Time is a 2003 mystery story. Its title sounds similar to a Sherlock Holmes title and indeed the author took the name from an observation by Holmes in the short story, “The Adventure of Silver Blaze”.

The novel is narrated in the first-person perspective by Christopher John Francis Boone, a 15-year-old boy who describes himself as “a mathematician with some behavioural difficulties”. Christopher is an intelligent youth who lives in the functional hinterland of autism–every day is an investigation for him because of all the aspects of human life that he does not quite get. When the dog next door is killed with a garden fork, Christopher becomes quietly persistent in his desire to find out what has happened and tugs away at the world around him until a lot of secrets unravel messily.

Matilda was first published in 1988 and has since never been out of print. It is the story of a little girl, Matilda, age 5 and a half who’s parents her with such disdain that she decides to start playing tricks on them to get her revenge! Matilda taught herself to read age 3 but it’s only when she starts school that someone, her lovely teacher Miss Honey, finally recognises Matilda’s intelligence and powers. However, with the dismissive attitude of her parents and the frightening headteacher, Miss Trunchbull, will life ever get better for poor Matilda?

Other books from the Roald Dahl collection are also available on audio and they make fantastic stories for long journeys.

Set during World War One, War Horse recounts the experiences of Joey, a horse purchased by the Army for service in France during World War I and the attempts of young Albert, his previous owner, to bring him safely home. War Horse uses simple language to tell a poignant story with a strong anti-war message. There are sad moments, though.

The Secret Garden was first published in 1911 and is considered a classic in children’s literature. The story is about Mary, a sickly, neglected and unloved 10-year-old girl, born in India to wealthy British parents. She is cared for primarily by servants, who allow her to become spoiled and selfish. After a cholera epidemic kills her parents and the servants, Mary is sent to Yorkshire, in England, to live with her wealthy uncle, Mr. Archibald Craven, at his isolated house, Misselthwaite Manor. She hates it. But when she finds the entrance to a secret garden a change overcomes her. With a local boy and her cousin the three children work magic in themselves and those around them. The story is is a charming look at how nature can transform children.

Peter and the Star Catchers

by Dave Berry and Ridley Pearson

Whenever someone tells me they just finished listening to Harry Potter, I always recommend this audiobook. The story isn’t very similar (it’s a Peter Pan story, brilliantly and hilariously reimagined), but it’s full of magic AND it’s narrated by Jim Dale, who reads the Harry Potter audiobooks. This is a do not miss. Also there are also five books in the series, so you won’t be running out of listening material anytime soon.

Thousands of years ago, the land is one dark forest and the people are hunter-gatherers. They know every tree and herb and they know how to survive in a world steeped in powerful magic. Until an ambitious and malignant force conjures up a demon; a demon so evil that it can be contained only in the body of a ferocious bear. The demon is so hungry for death that it slays everything it sees. Only one boy can stop it – 12-year-old Torak, who has seen his father murdered by the bear. With his dying breath, Torak’s father tells his son of his task. He must lead the bear to the mountain of the World Spirit and beg that spirit’s help to overcome it.

How to Train Your Dragon

Hiccup Horrendous Haddock the Third is a smallish, fairly ordinary viking that lives with his family on the Isle of Berk. However, Hiccup’s father is chief of the Hairy Hooligan tribe and that makes Hiccup heir to the throne with the expectation that he will be a hero.

In this first How to Train Your Dragon book Hiccup must lead ten novices in their initiation into the Hairy Hooligan Tribe. They have to train their dragons or be BANISHED from the tribe FOR EVER!

Meanwhile, the Seadragonus Giganticus Maximus is stirring and wants to devour every Viking on the Isle of Berk …Can Hiccup save the tribe – and become a Hero?

The World’s Worst Children introduces a delightfully dreadful cast of characters! The book comprises of 10 short stories which each feature one of five beastly boys and five gruesome girls including Sofia Sofa, a girl who loves TV and is so stuck to the sofa she’s turning into one, and Dribbling Drew, a boy whose drool gets him into trouble on a school trip and not forgetting Blubbering Bertha – a girl who bawls and tells terrible tales! As ever, there’s a special appearance from Raj – a character who has appeared in all of David Walliams’ bestselling novels.

Where the Red Fern Grows

Where the Red Fern Grows is a 1961 children’s novel about a ten year old boy, Billy, who buys and trains two Redbone Coonhound hunting dogs, Old Dan and Little Ann. Together they roam the hills of the Ozarks and soon they become known as the finest hunting team in the valley. Glory and victory in were coming to them, but tragedy awaits these determined raccoon hunters. A sad story that introduces children to the power of literature.

The Lion, The Witch and The Wardrobe

Another children’s classic set in World War Two. This fantasy story follows the adventure of Peter, Susan, Edmund, and Lucy who have been evacuated from London to a large, old country house. One day Lucy, the youngest of the four children, discovers that there is a land accessible through the back of the wardrobe in the spare room! Narnia, a land of talking animals and mythical creatures, is ruled by the evil White Witch. In Narnia, the siblings seem fit to fulfill an old prophecy and find themselves adventuring to save Narnia and their own lives. 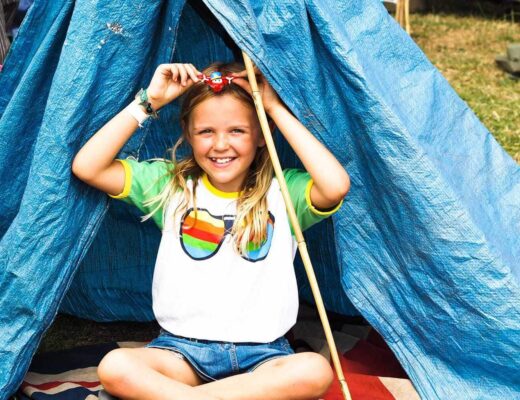 Are your children Superwings Fans? Join us on our #SuperSummerMissions plus a GIVEAWAY too! 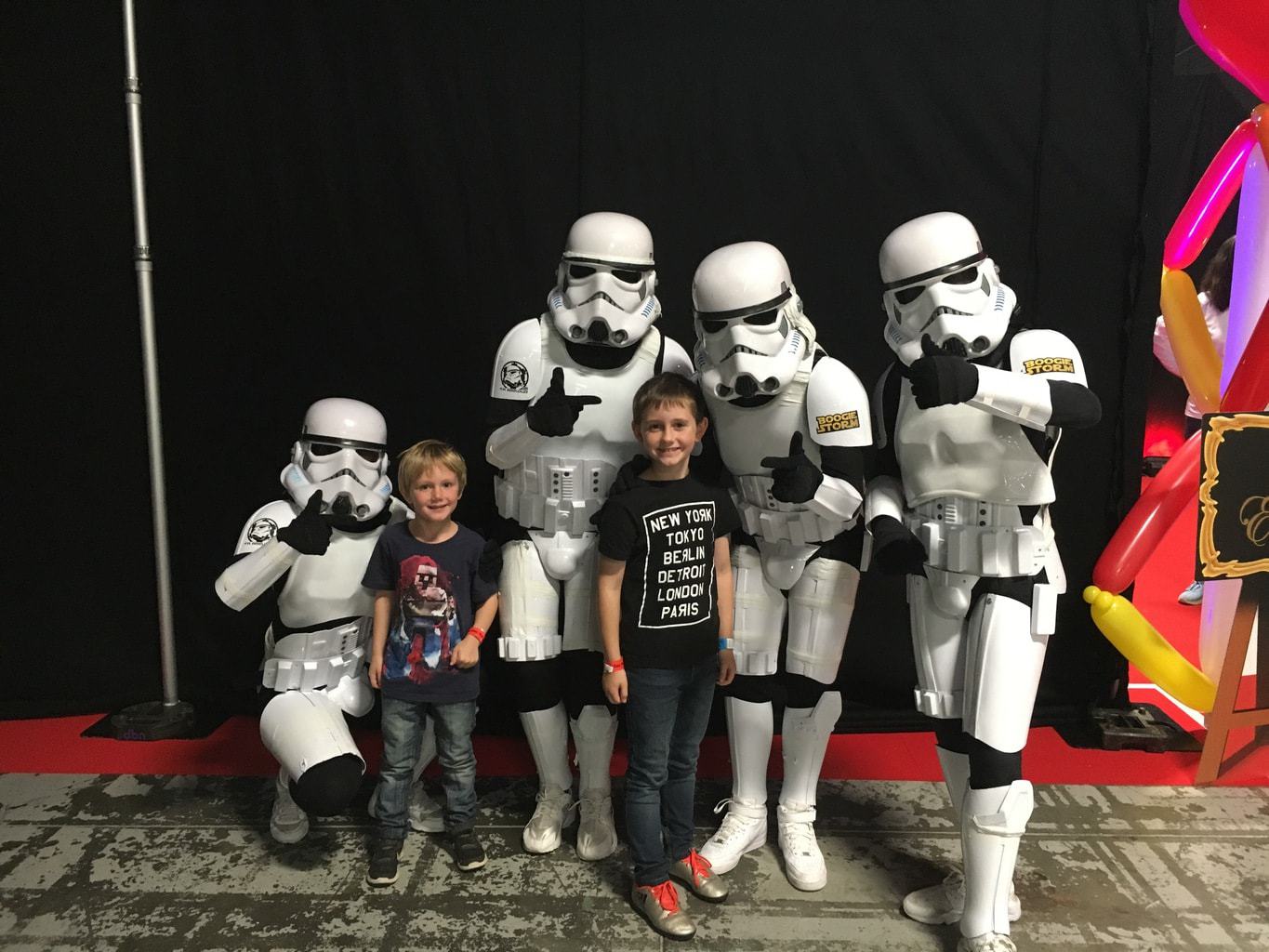 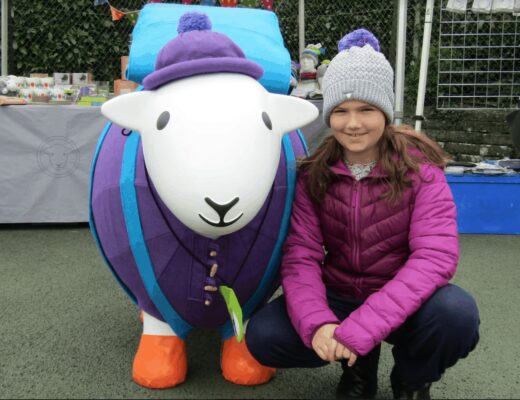