I’m not going to lie, when my husband said we were going to see War Horse at The Lowry, I wasn’t thrilled.  I love the theatre but I’m not a huge fan of war films (I haven’t seen the film or read the book).

I find war films difficult to follow, the scenes always look grey and somewhere amid the death and destruction, I struggle to make an emotional connection to the characters.

I didn’t say anything, because we haven’t had a date night in so long and I was desperate for an occasion to actually carry a handbag as opposed to a rucksack shaped liked a bumble bee.

So off we went to the opening night of War Horse at The Lowry. I really like The Lowry. There’s something almost organic about the sloping floors and curved walls – it’s unlike anywhere else I’ve ever visited. After a glass of wine in one of their slick bars, we found our seats. They were decent seats too. So often theatre chairs are uncomfortable but these were modern and had a decent amount of leg room – crucial when your husband’s 6″4! 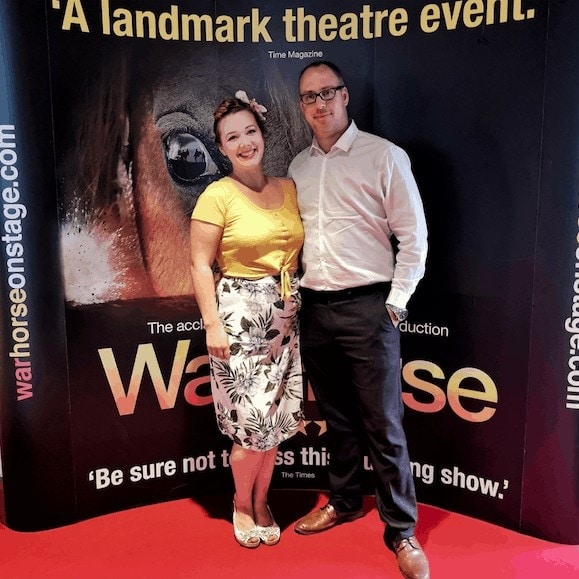 Just incase you’re like me and you don’t know the story, I’ll try not to give too much away! The show starts with music and light and a soft, pensive scene. It reminded me of poetry from Wilfred Owen and Siegfried Sassoon. We’re introduced to a young horse and the exquisite work of the puppeteers begins.

The puppeteers aren’t hidden away, they’re completely visible. You watch them as you watch the ‘horse’ and both the puppet and puppeteers seem to embody the character. Whether you’re watching the puppet or the people, you just see the horse – it’s bizarre and magical.

The horse comes to be owned by Albert who names him Joey and they grow up together. Grown up Joey is even more impressive as is the fact that Albert actual rides him! So impressive in fact that aswell as becoming attached to the human characters in the show, I found myself invested in the fate of the animals!

As the story plays out, the dates and locations are projected across the stage. It’s a reminder that World War 1 isn’t just a story and makes every scene all the more poignant. 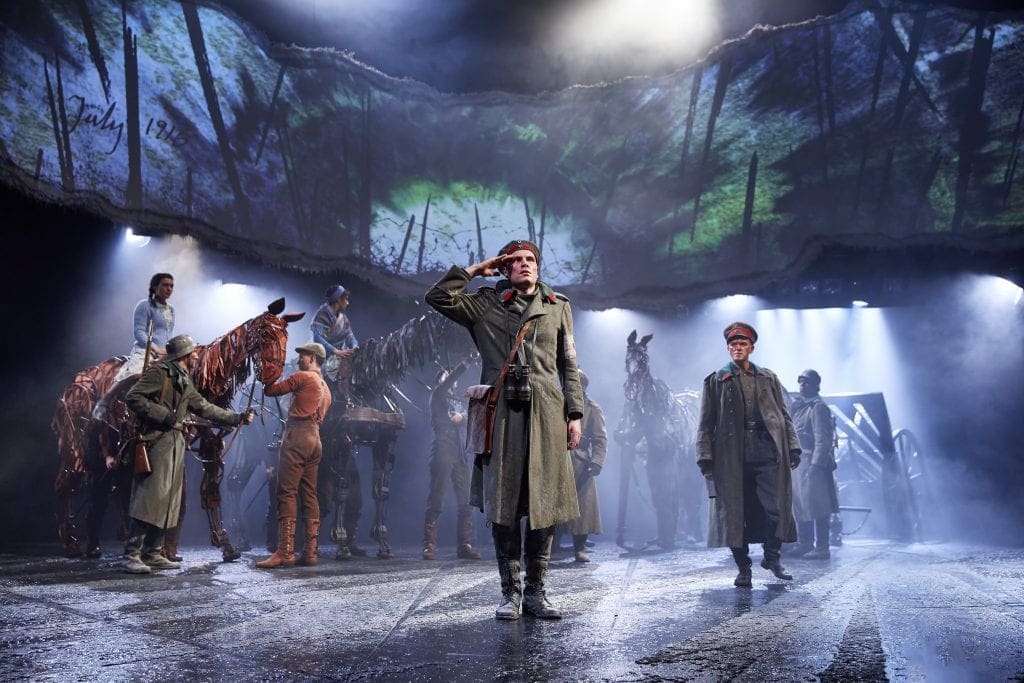 *SPOILER ALERT*
There are signs around the theatre advising that pyrotechnics will be used but nothing prepared me for the first gunshot! My heart was still racing 10 minutes later! Warhorse pulls no punches when it comes to the horror of war. There’s death and pain and sorrow that’s movingly realistic, despite the lack of blood and gore.

Yes there are animal puppets and yes there’s some humour to lighten the mood but this isn’t a children’s show. It’s a beautiful, haunting masterpiece that will make the hairs on the back of your neck stand up.

I’m so glad we went to see War Horse at The Lowry. I’d recommend it to everyone, but take your tissues, you’ll need them!

NB: Phil & Rachel received tickets to see War Horse at The Lowry in exchange for a review but all views and opinions are their own.