A day trip post by the lovely Laura who blogs at mummytoboyz.blogspot.co.uk and can be found on twitter@mummytoboyz.

Whilst we were up north for the Ideal Home Show we stopped off for a visit at Trentham Monkey Forest. The Monkey Forest is a unique attraction near Stoke which opened in 2005 following the success and experience they had learnt from the parks in France & Germany- the first one opened in 1969 in Kintzheim. 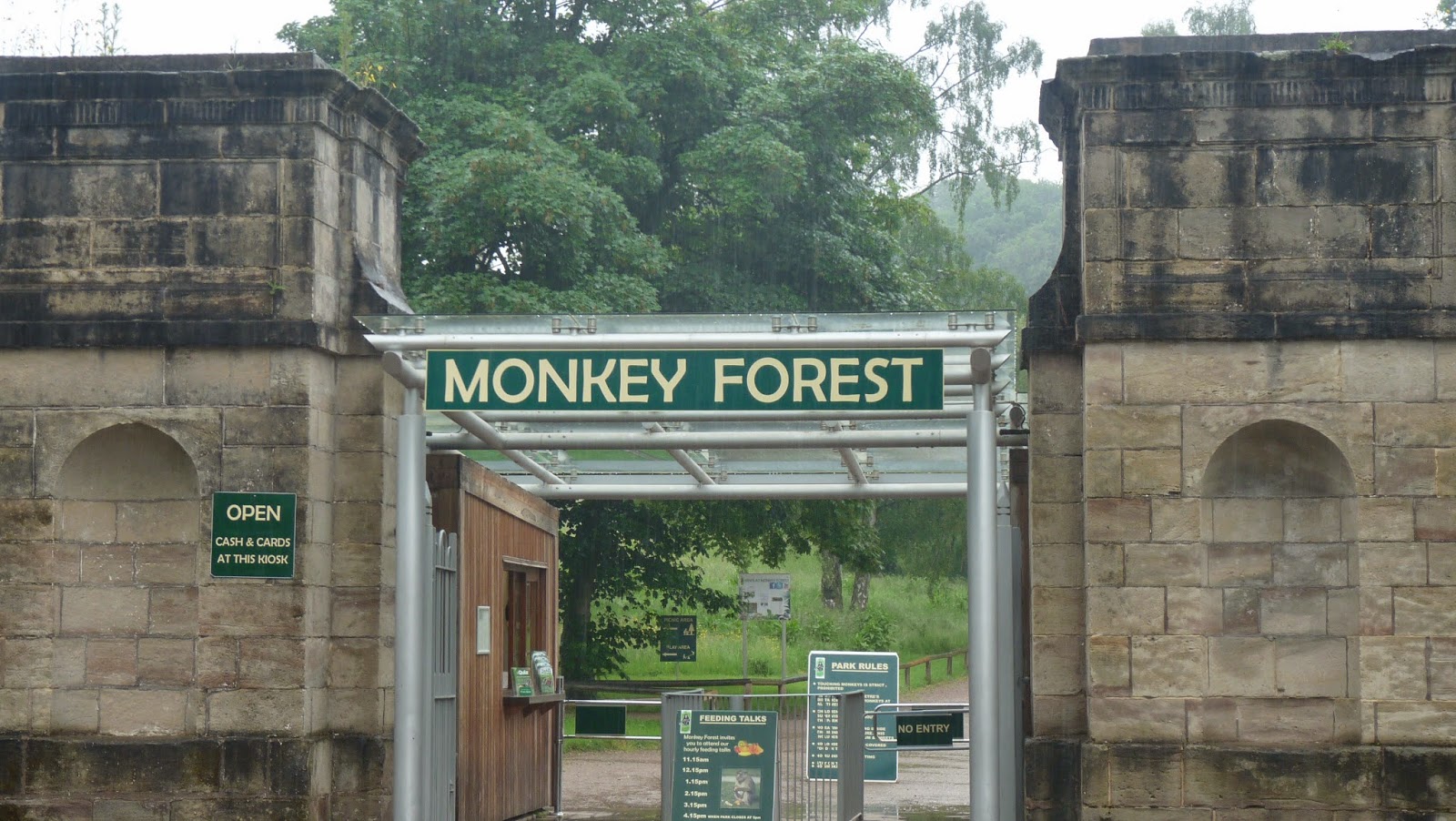 The park is host to 140 Barbary macaque monkeys, which originate from North Africa, matching the British climate so they can remain outside all year. The day decided to visit it was raining so we were wondering whether we would see any monkey’s.

We were with my sister and the boys cousins from Mummy M’s memories and the first stop was the park so they could burn off some of the excitement after the reasonably priced lunch. 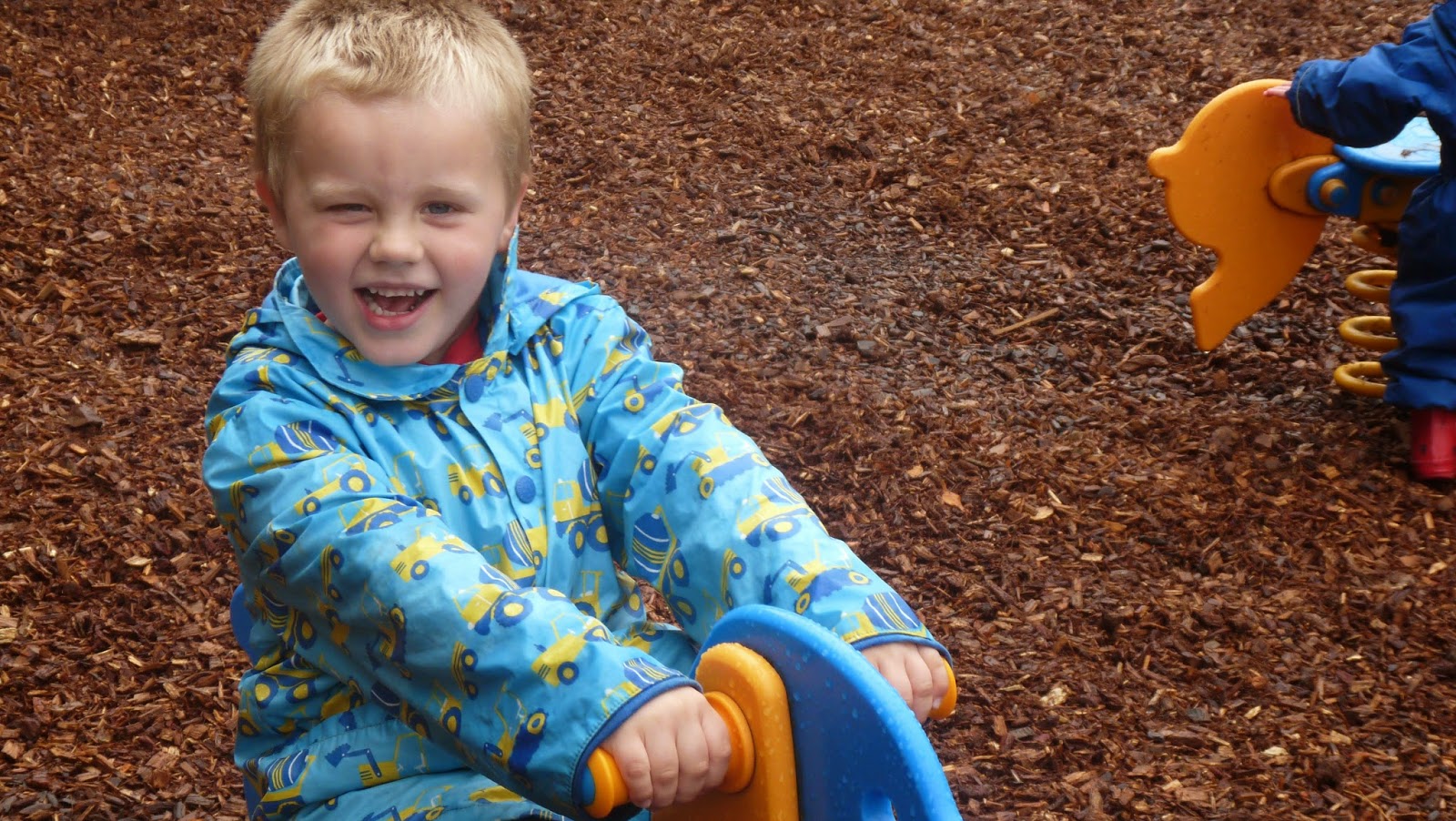 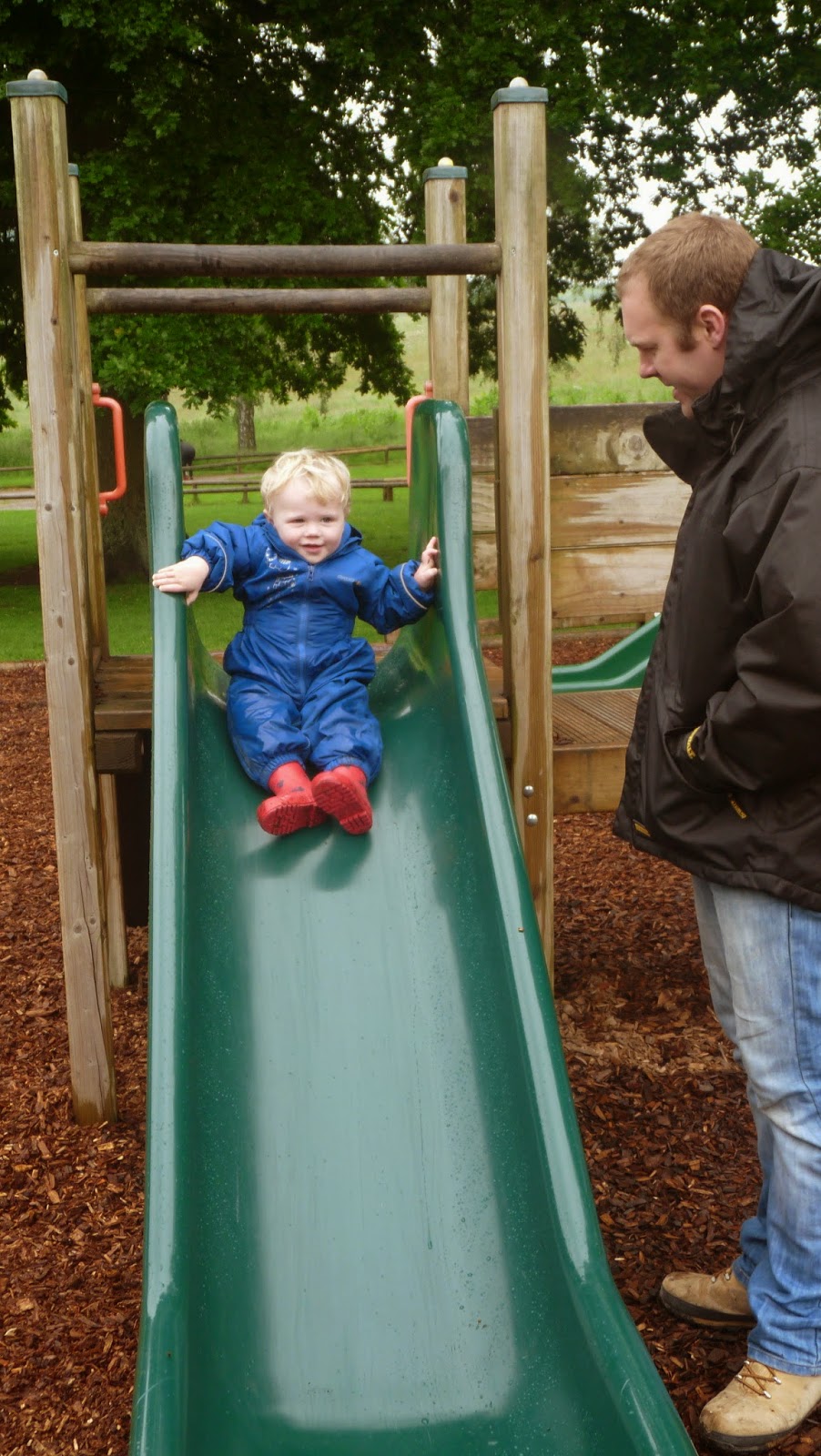 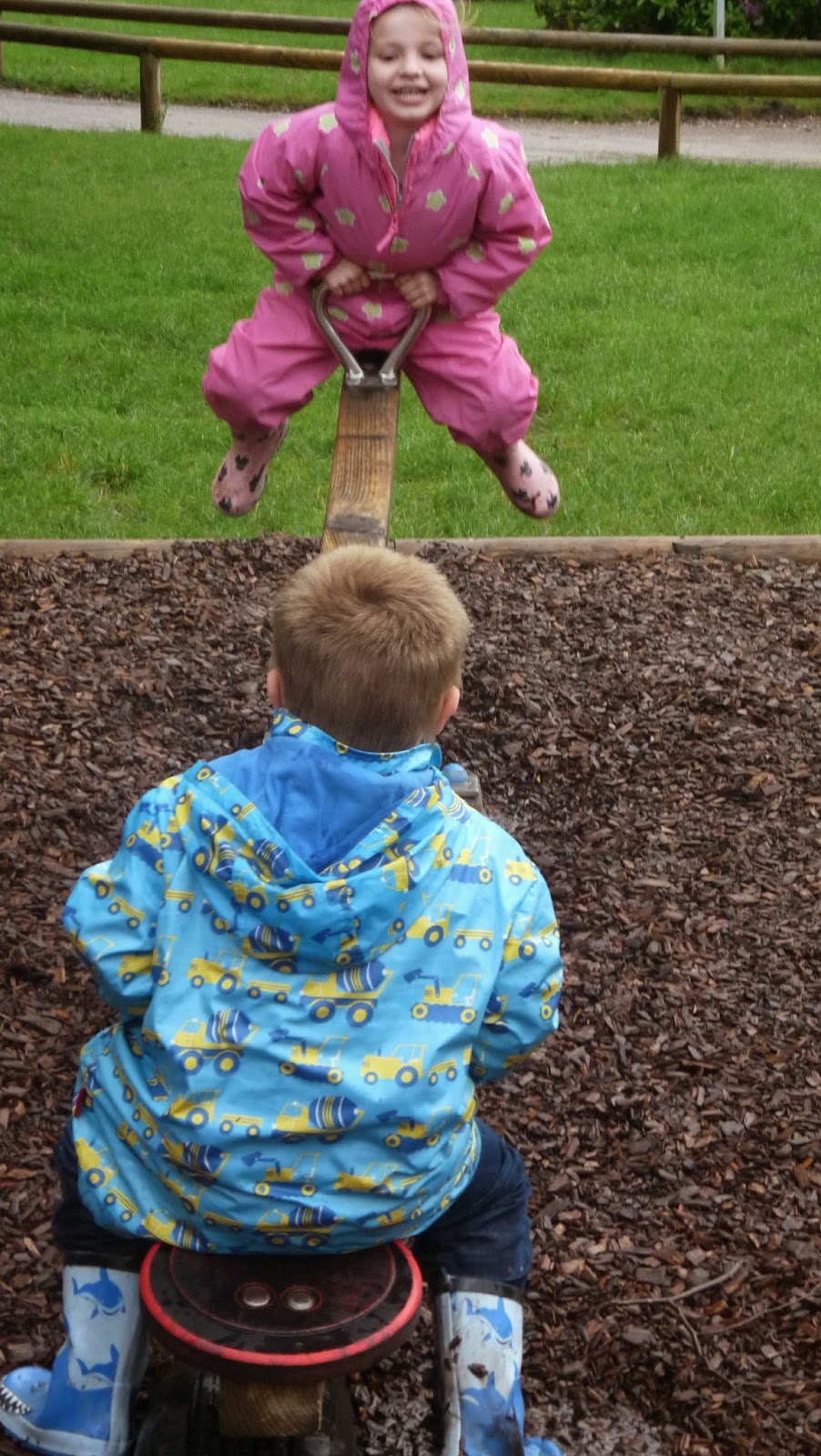 Learning about tipping points and balance. 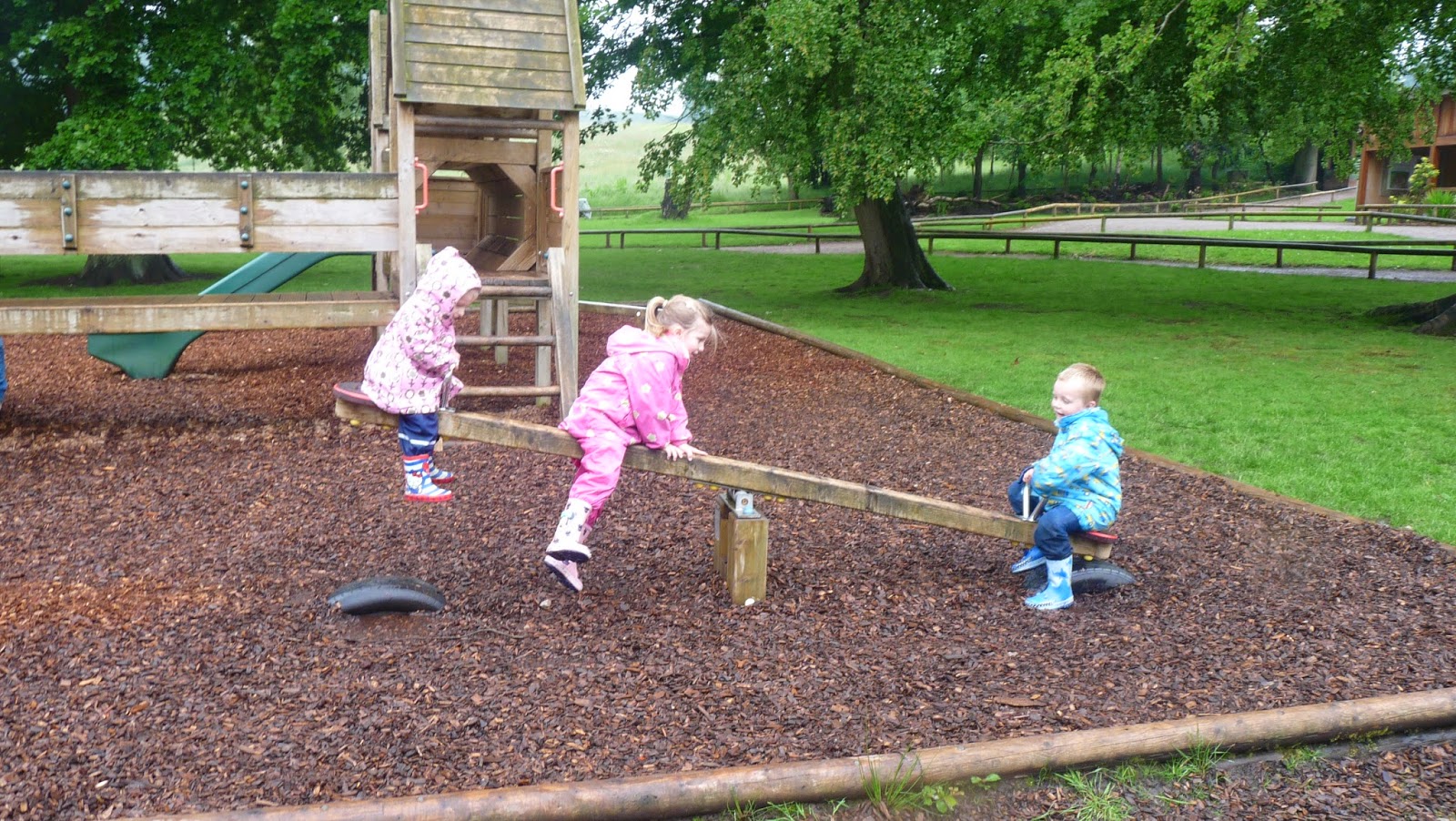 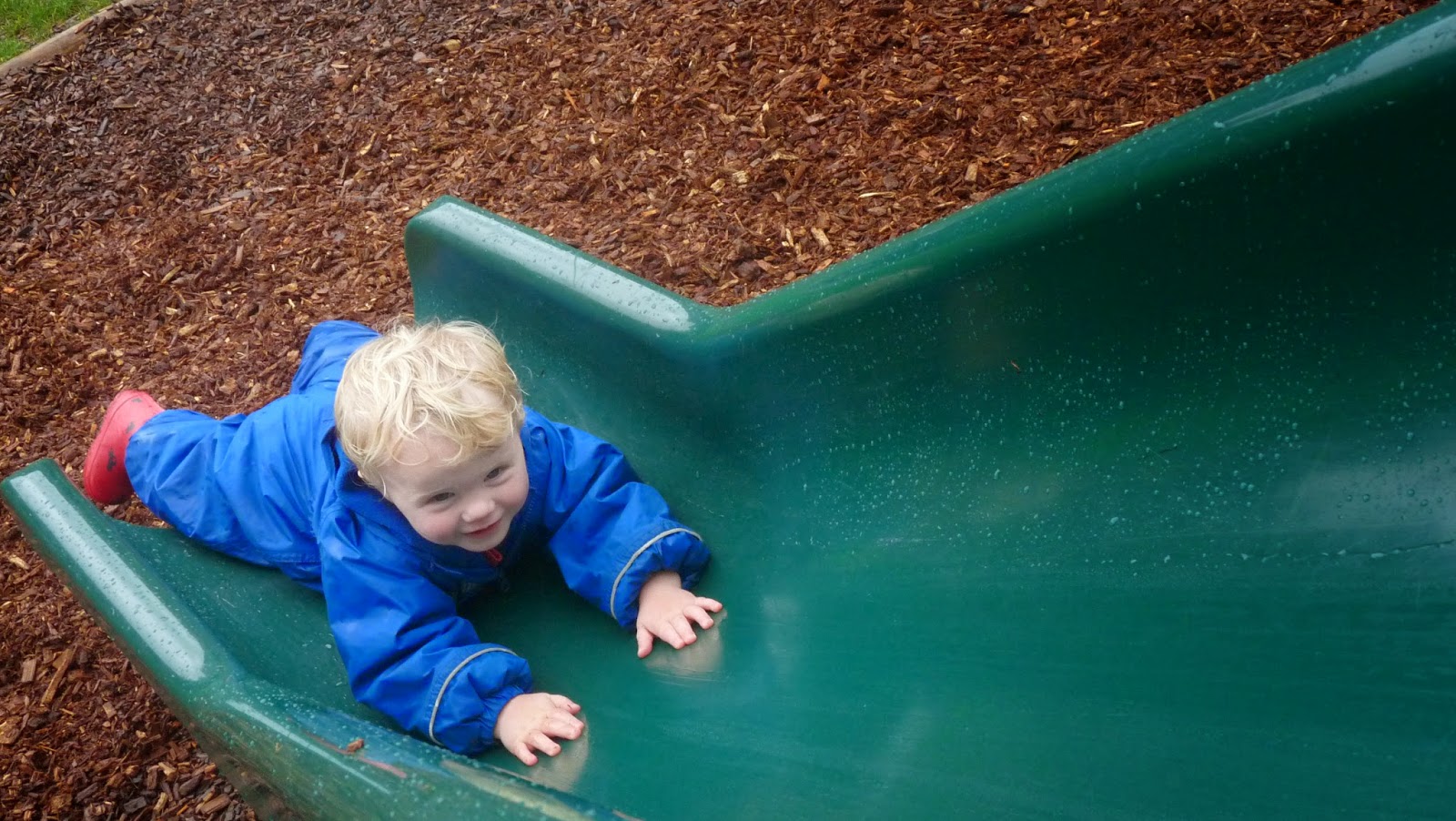 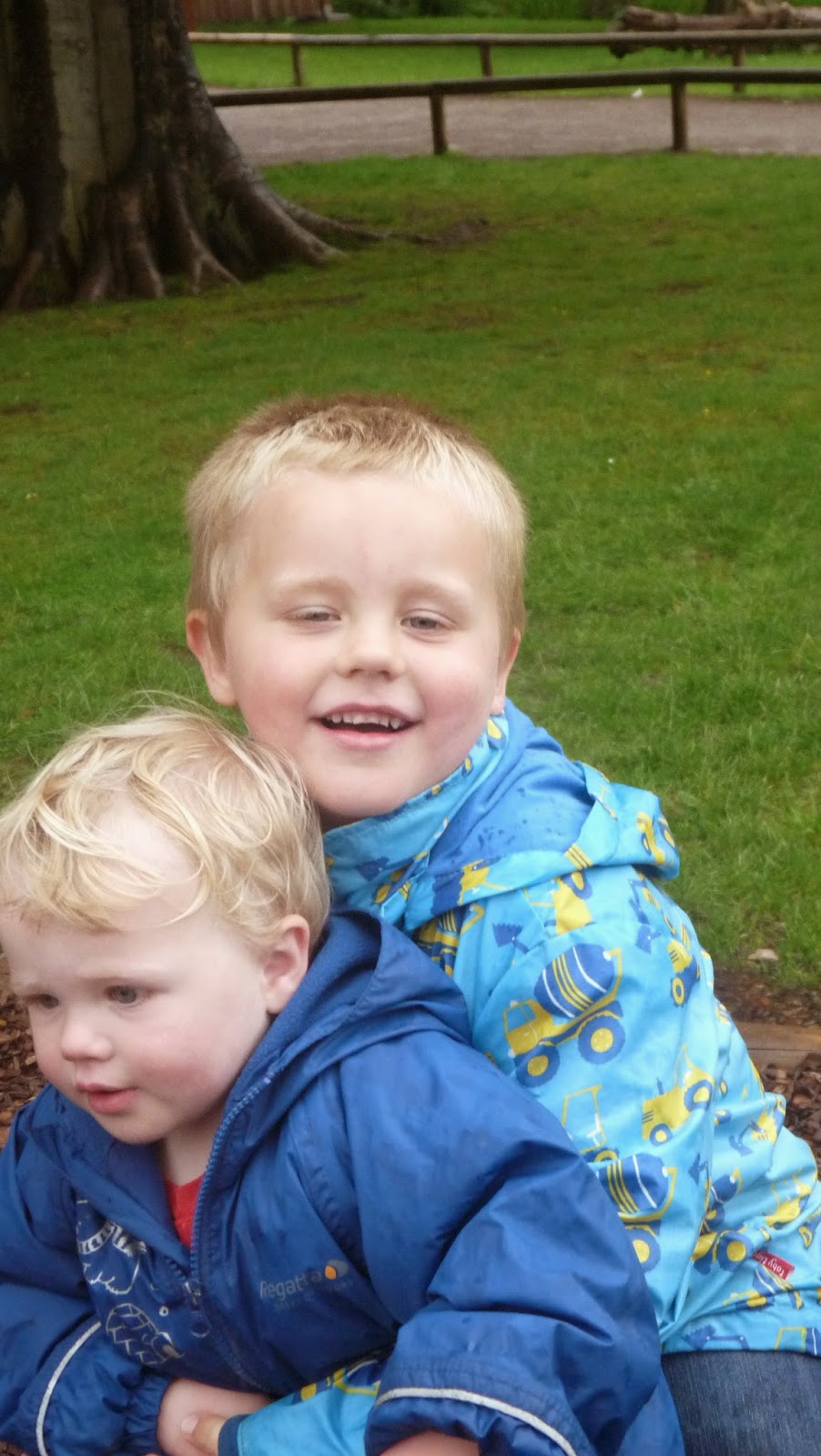 Now then kids there are only a few rules – no running & no shouting would be the hardest for them to obey. 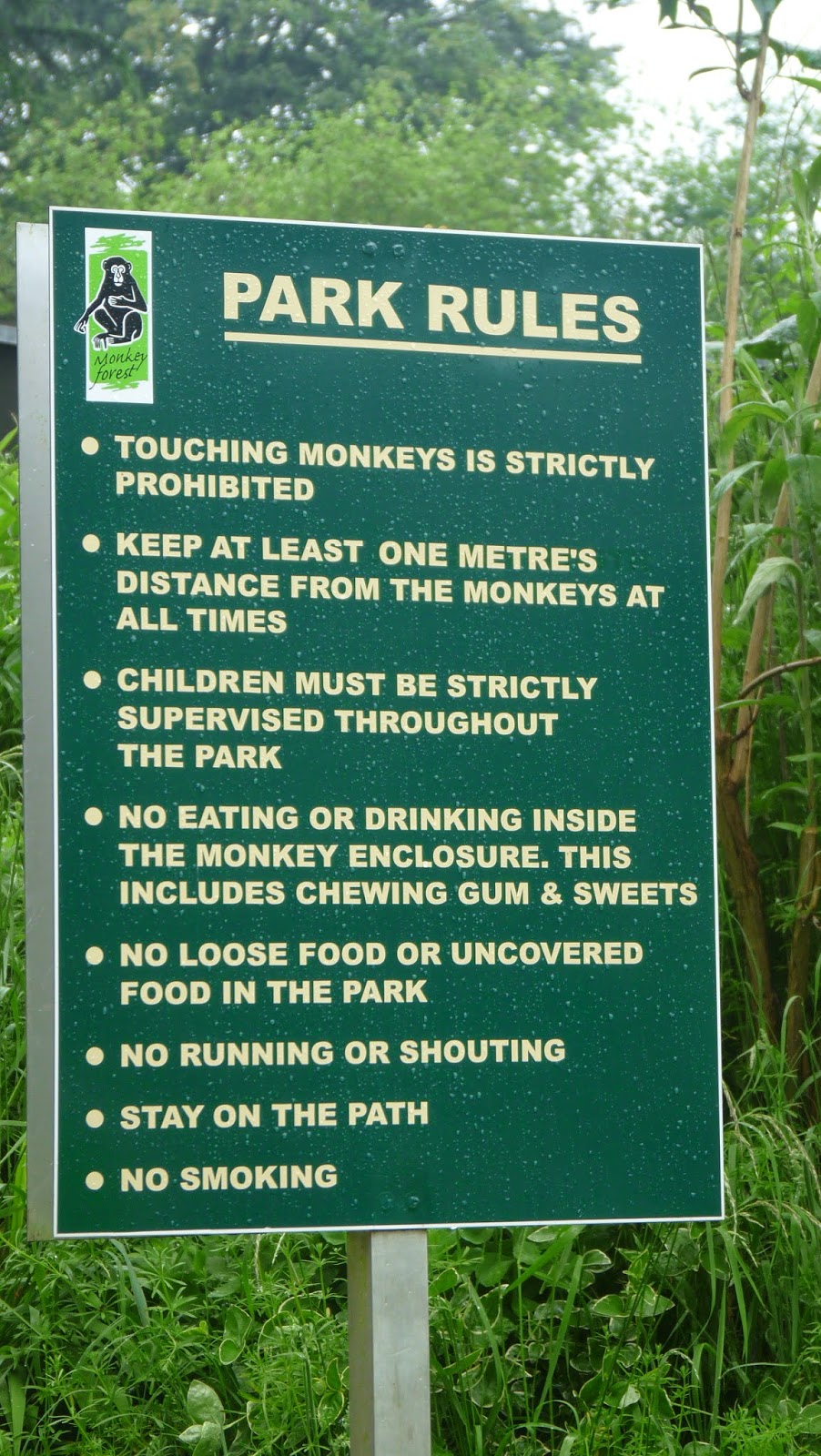 Despite the rain there were still a few people visiting the park which was great to see. The monkey’s didn’t disappoint and you didn’t have to look far to spot them. 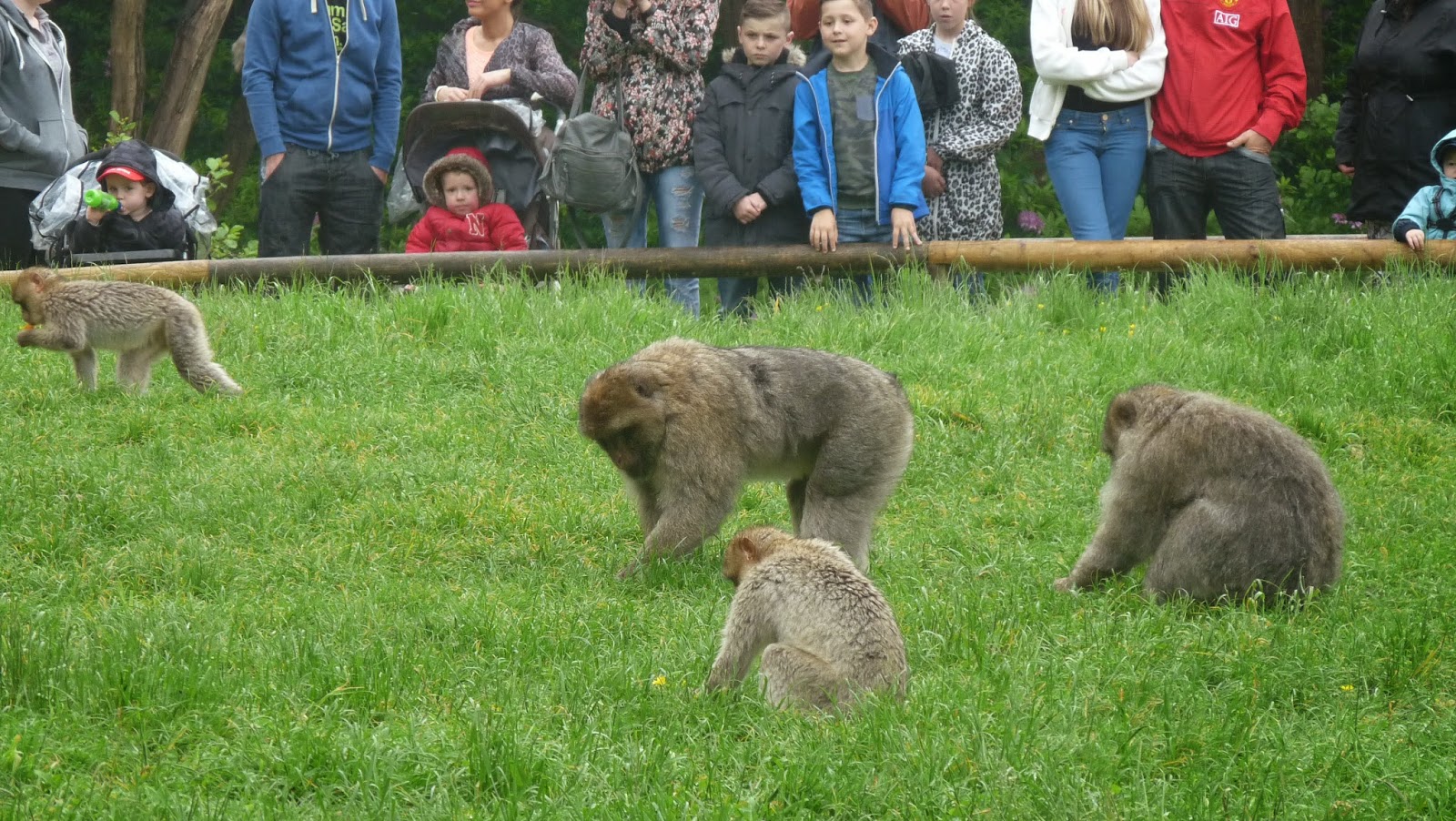 It’s always fun to try and splash your auntie when she’s not expecting it! 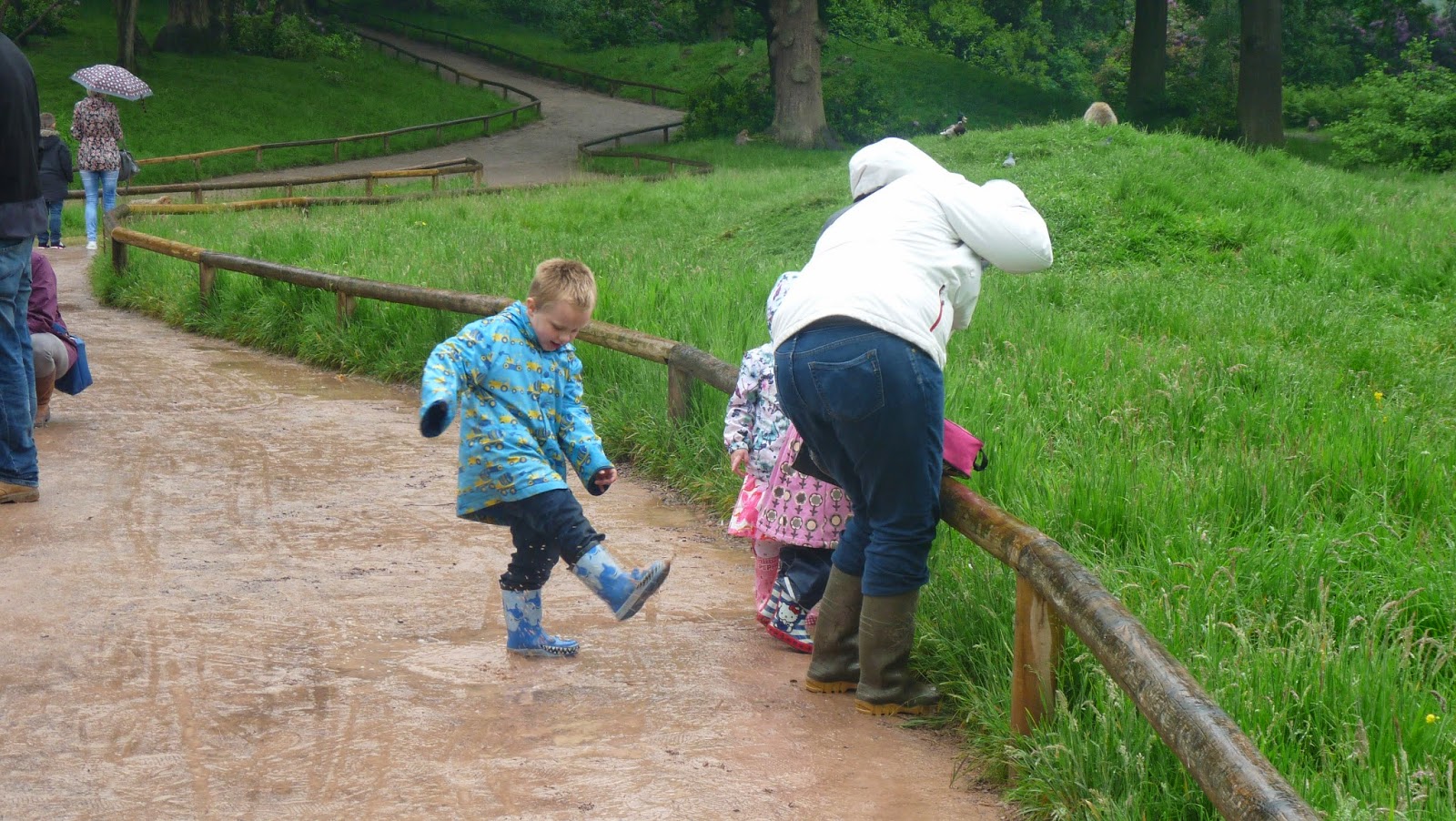 I know we have evolved from apes but was surprised at how their eyes, hands, feet, ears & teeth were so similar to ours – they are also beautiful. 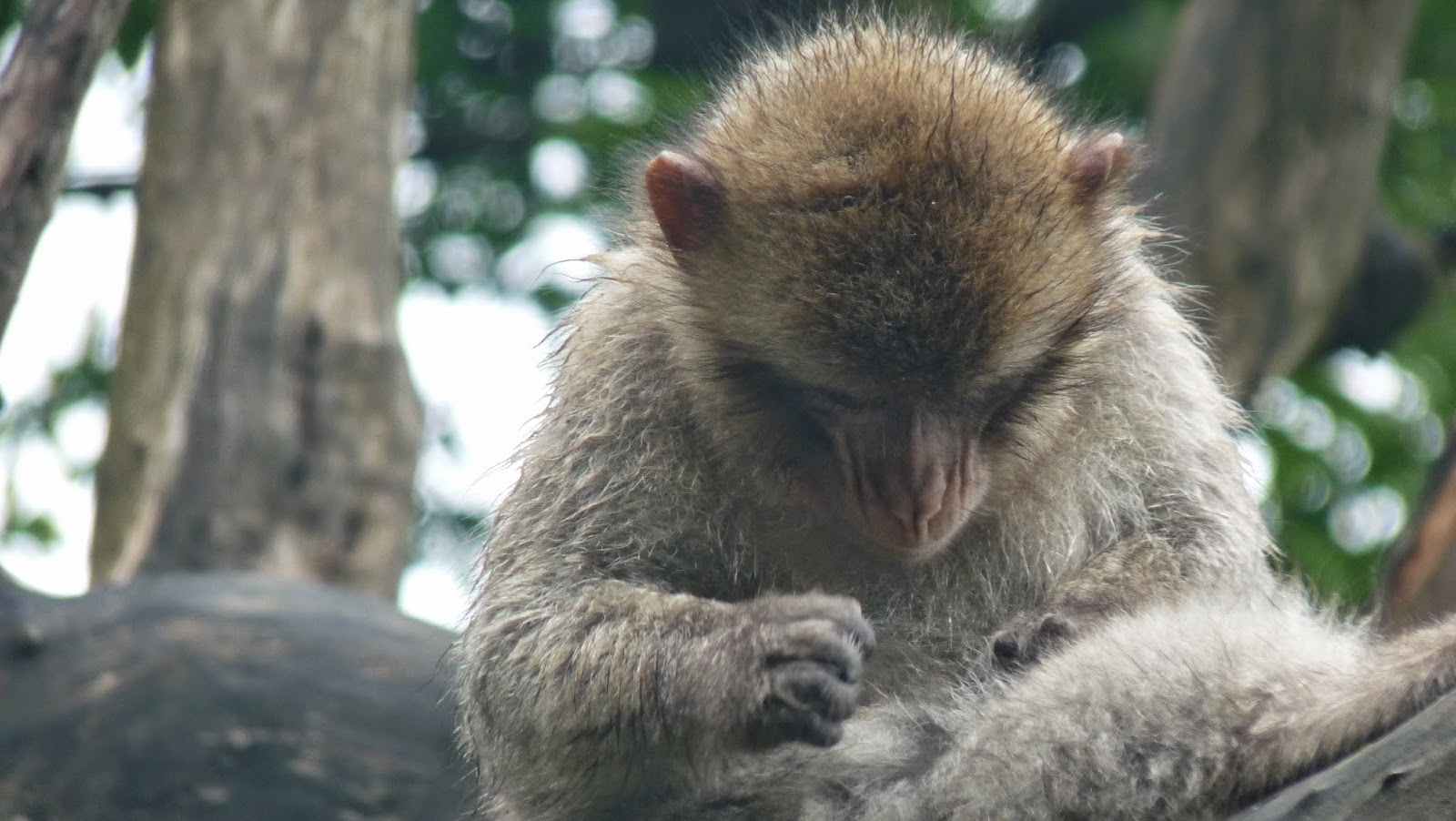 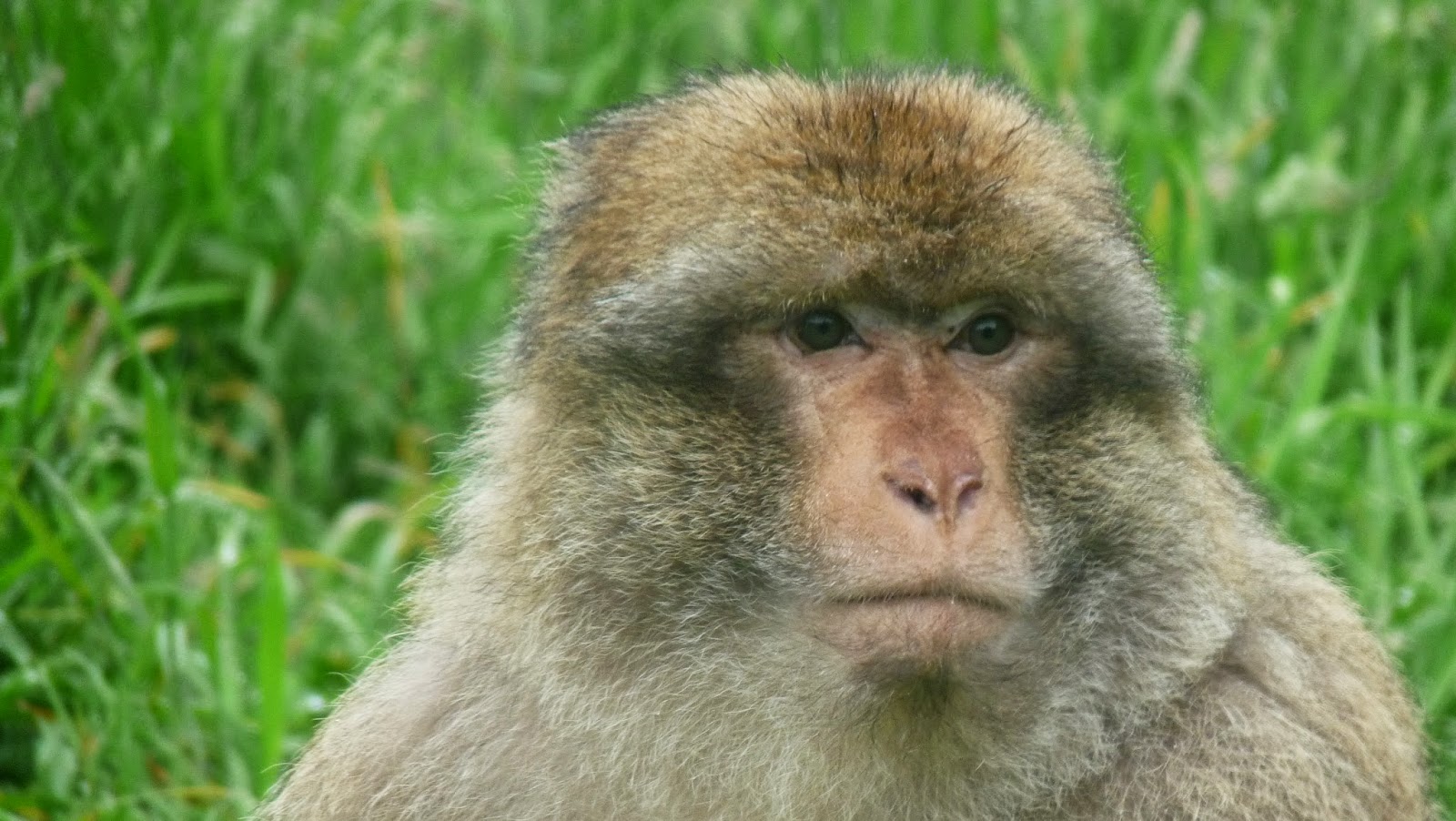 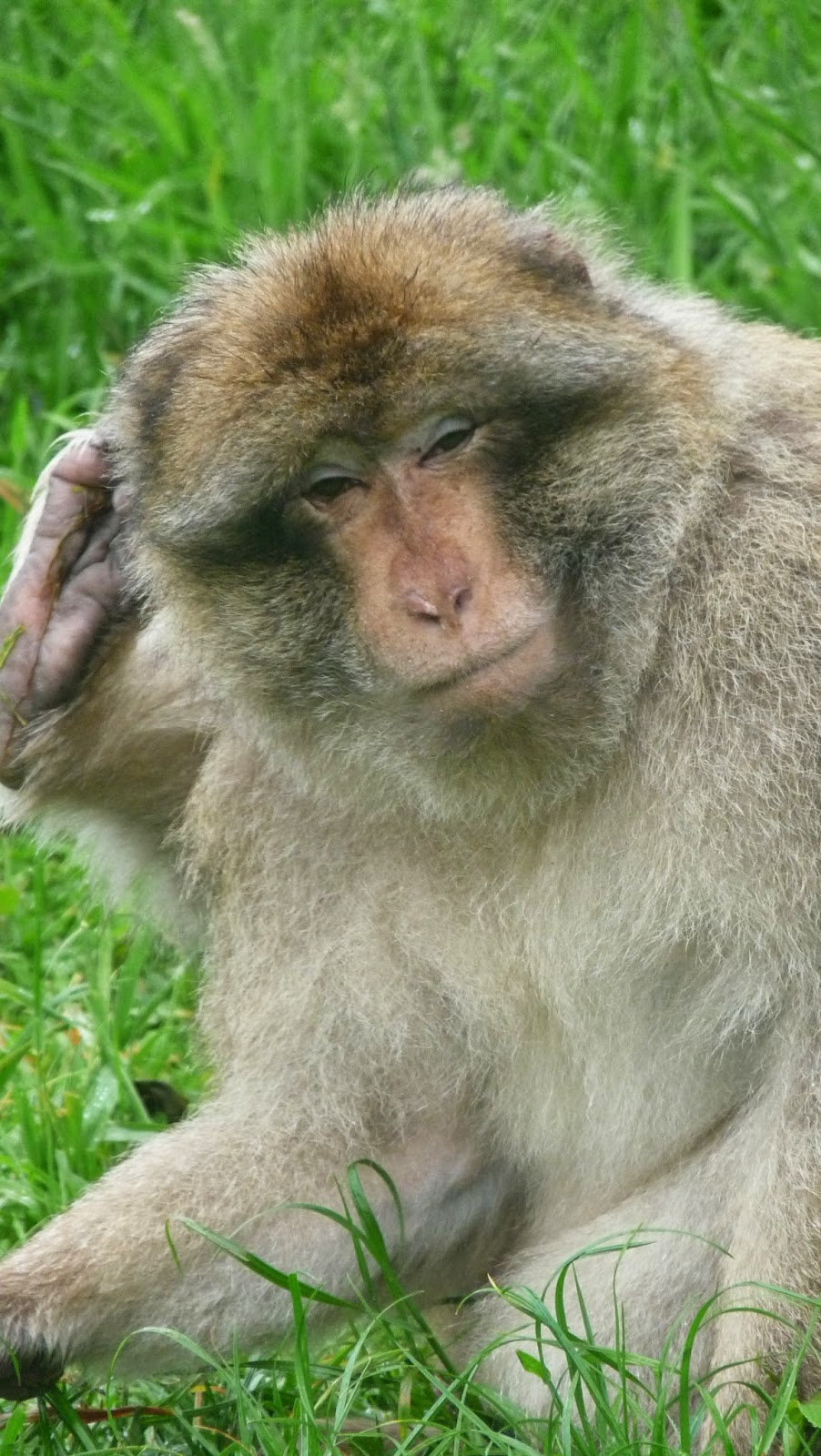 Minding his own business not phased by the visitors. 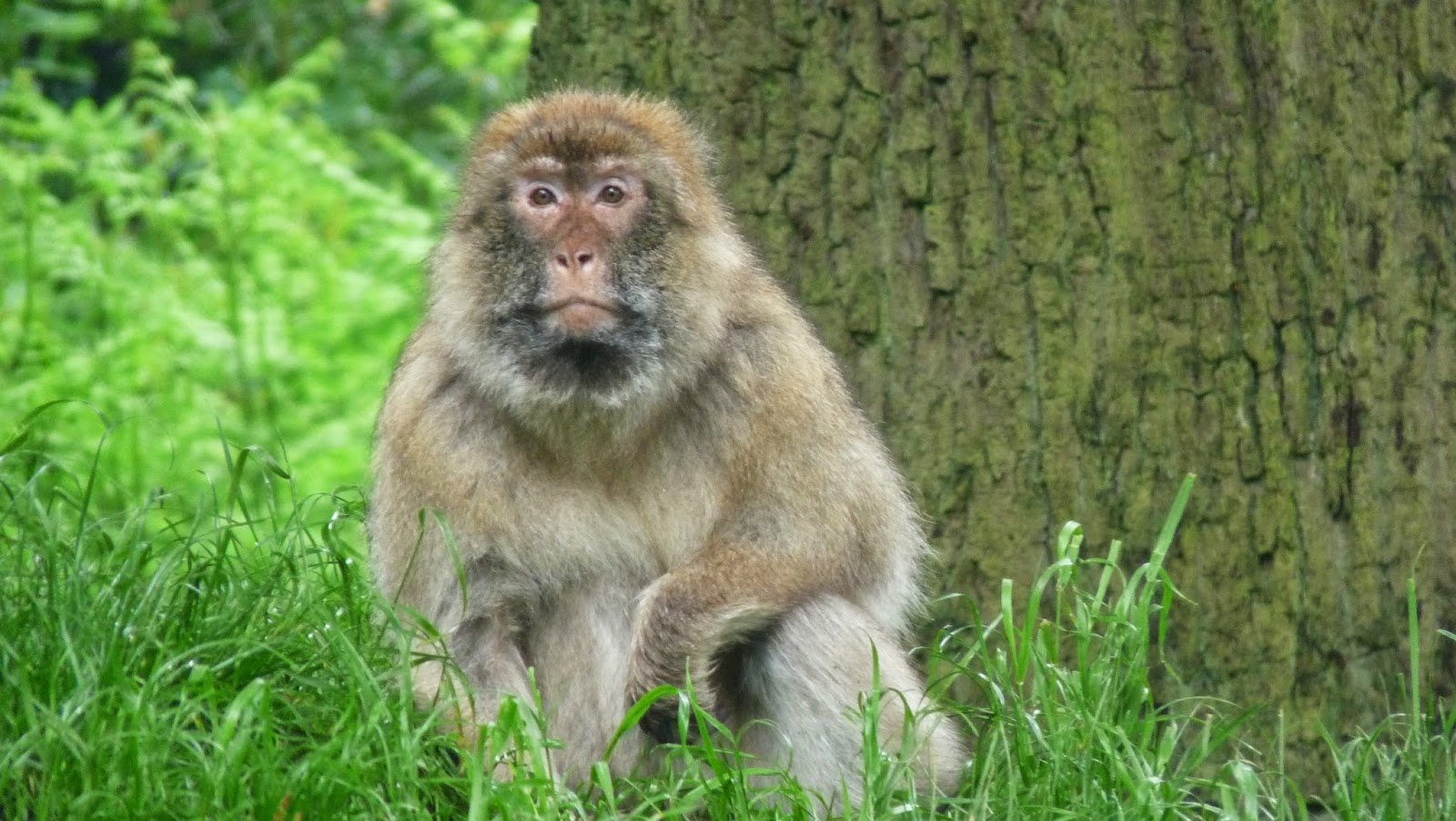 We stopped and watched the monkey’s playing in the trees which the boy found hilarious!
There were lots of information boards scattered around which you could also use to complete a quiz to be entered into a prize draw to win goodies. 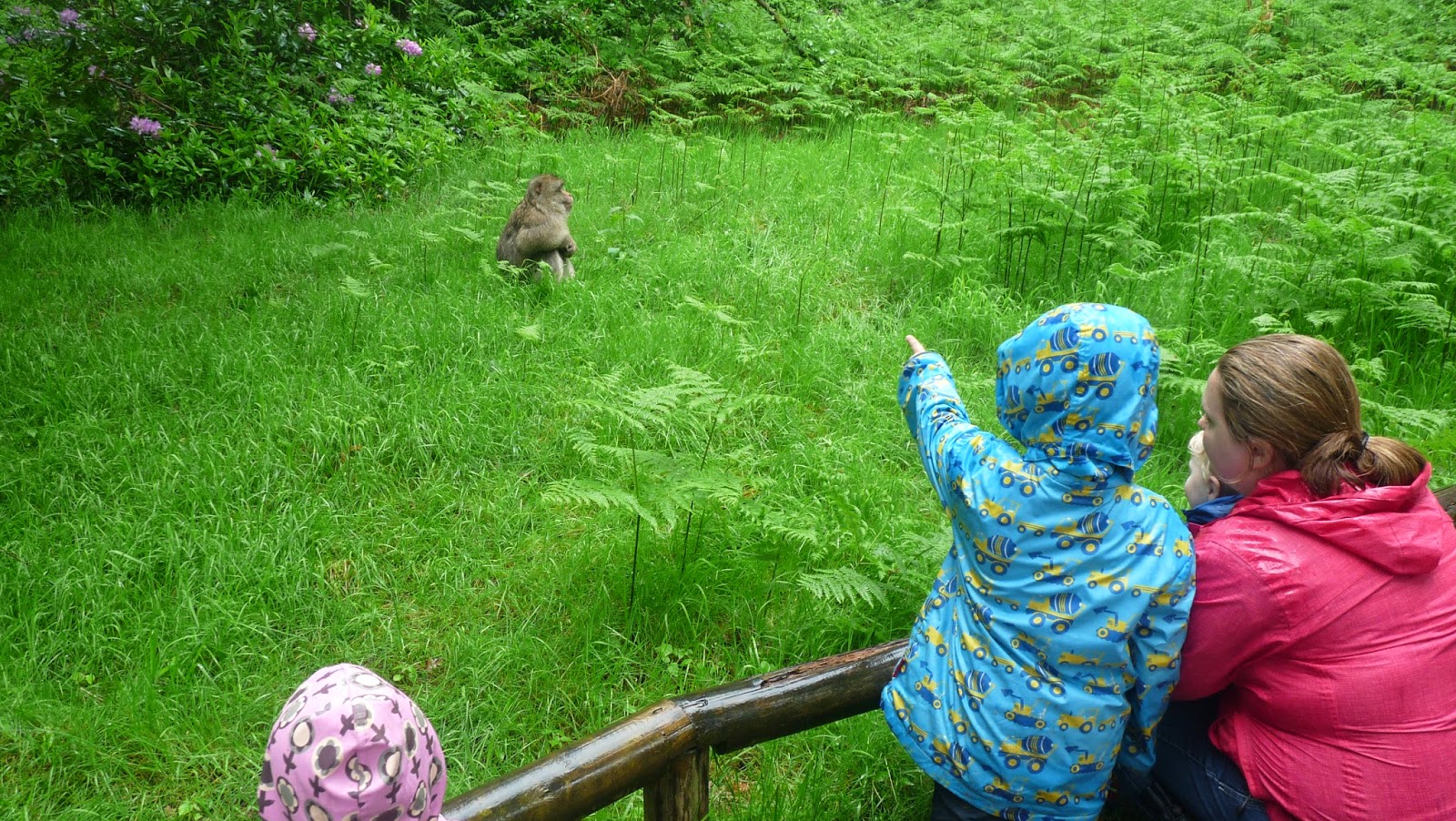 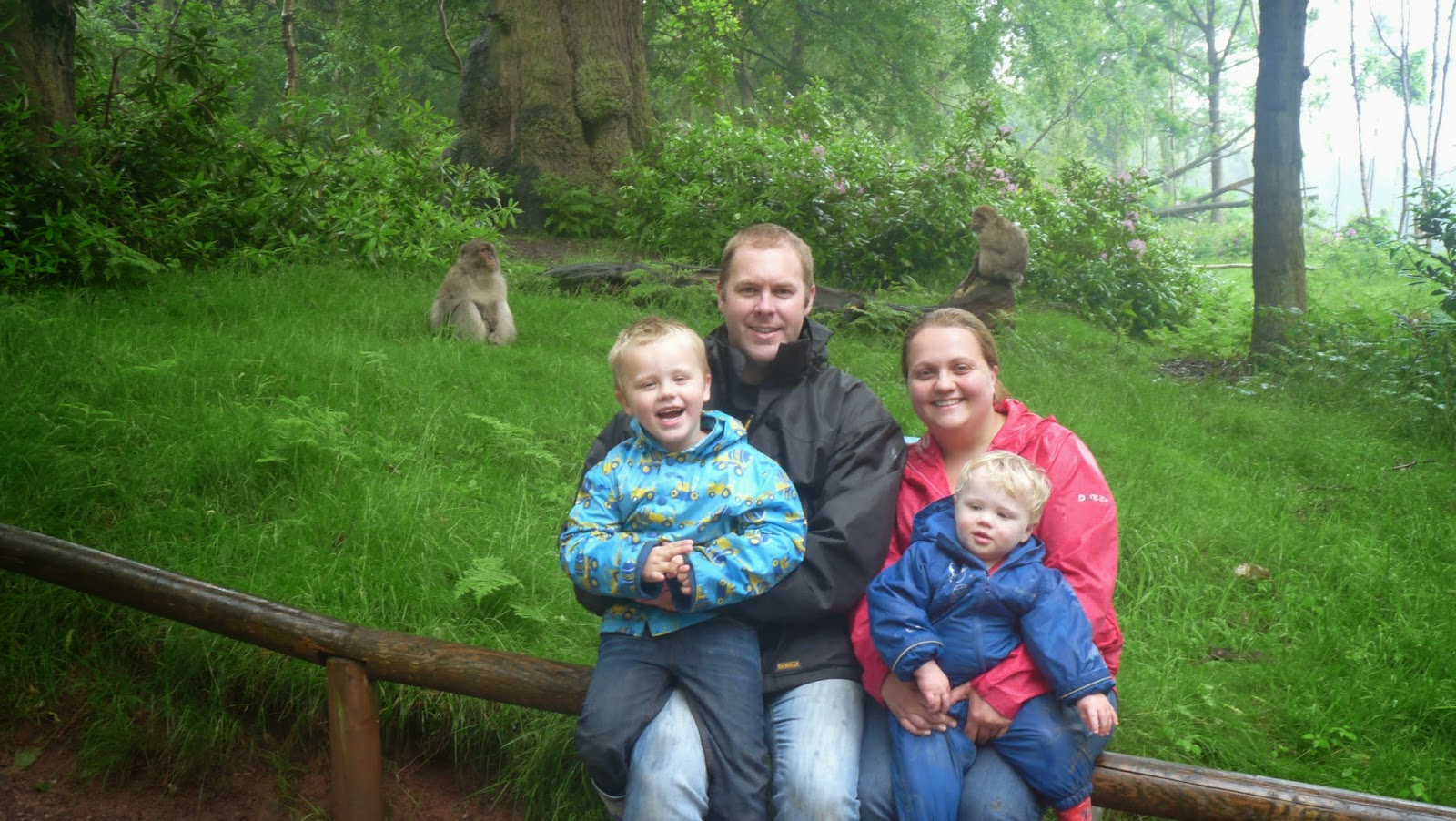 Don’t forget to look up! 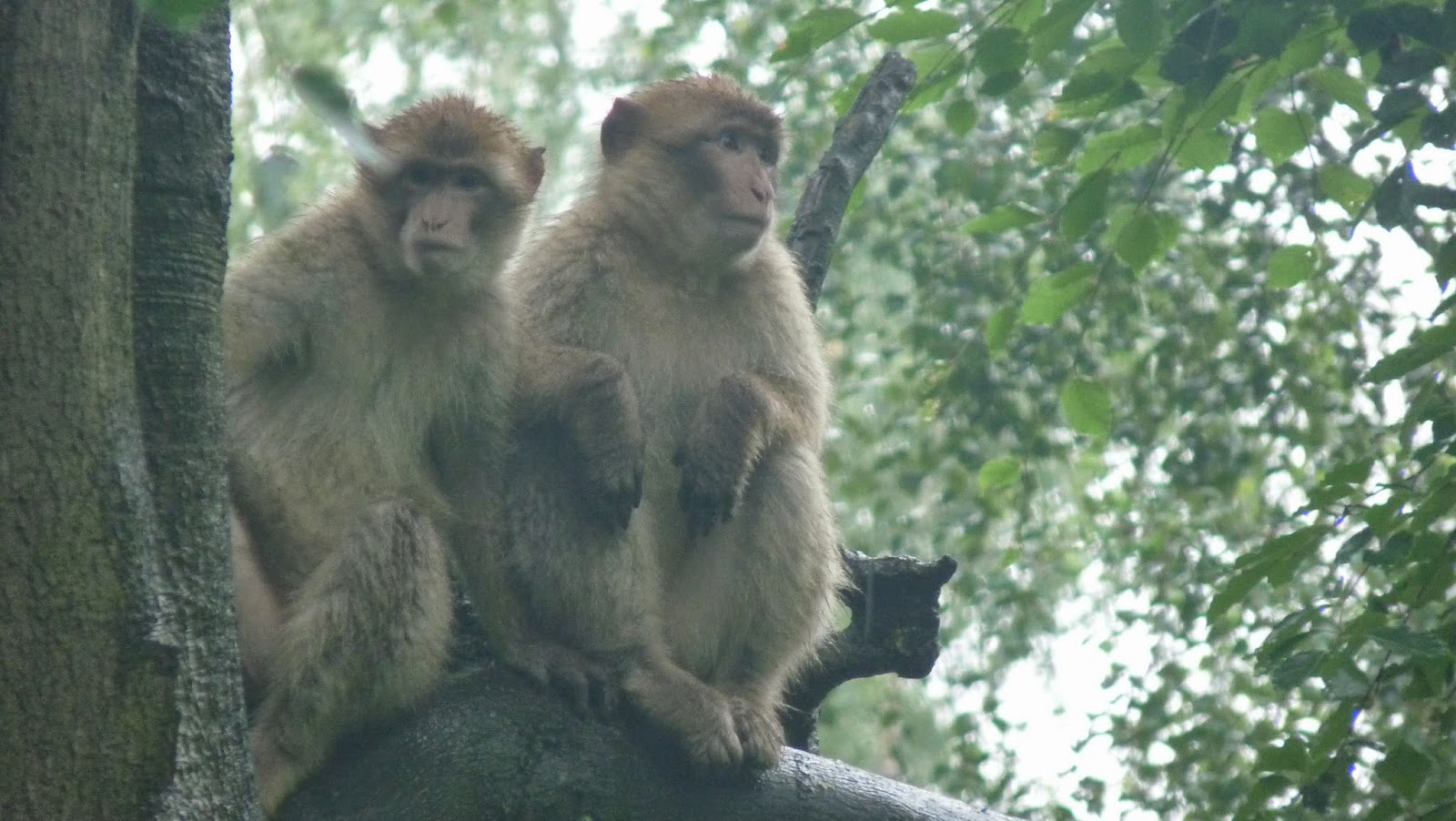 The young one was excited every time he saw one. 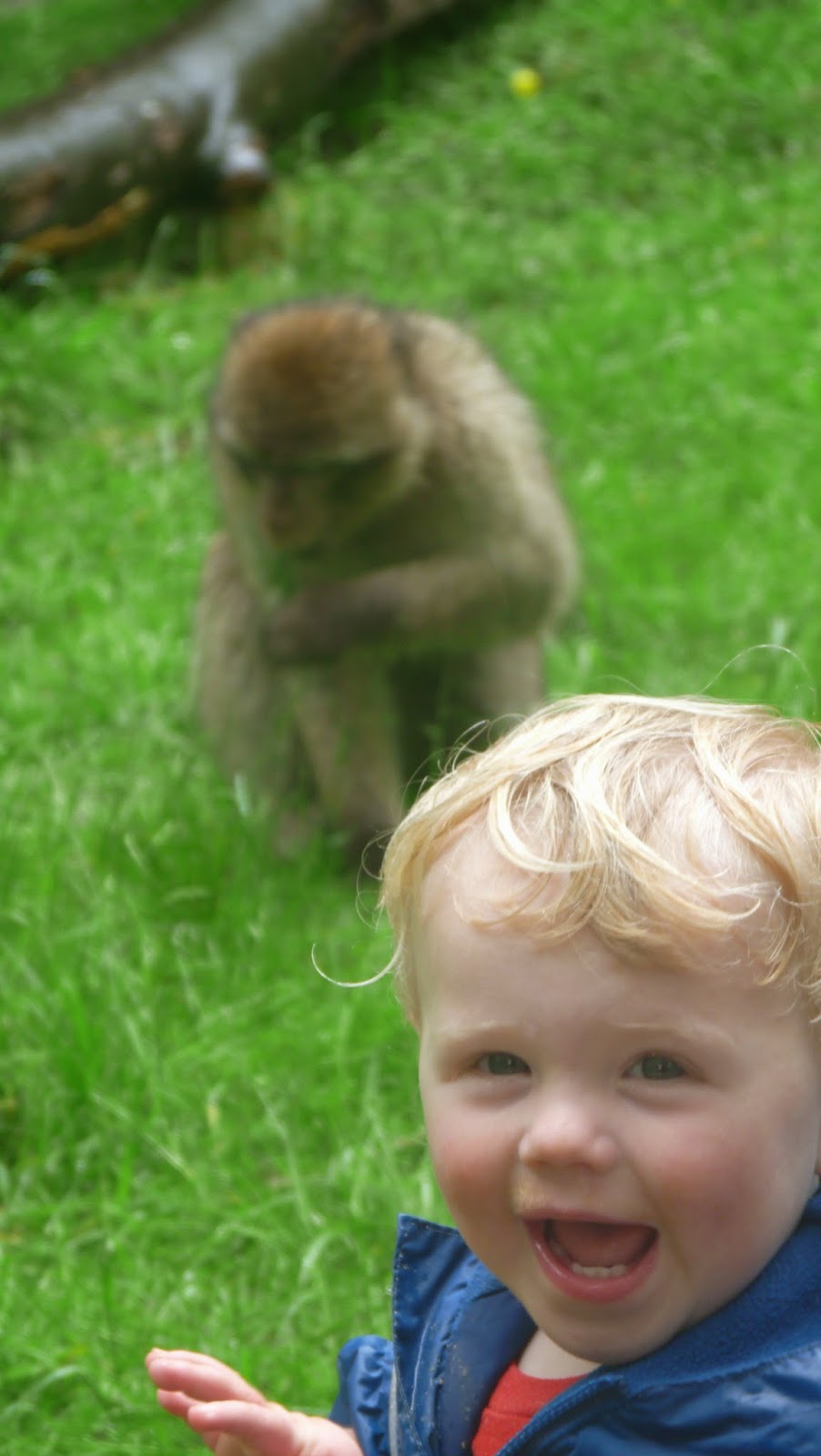 I’m coming to get you! 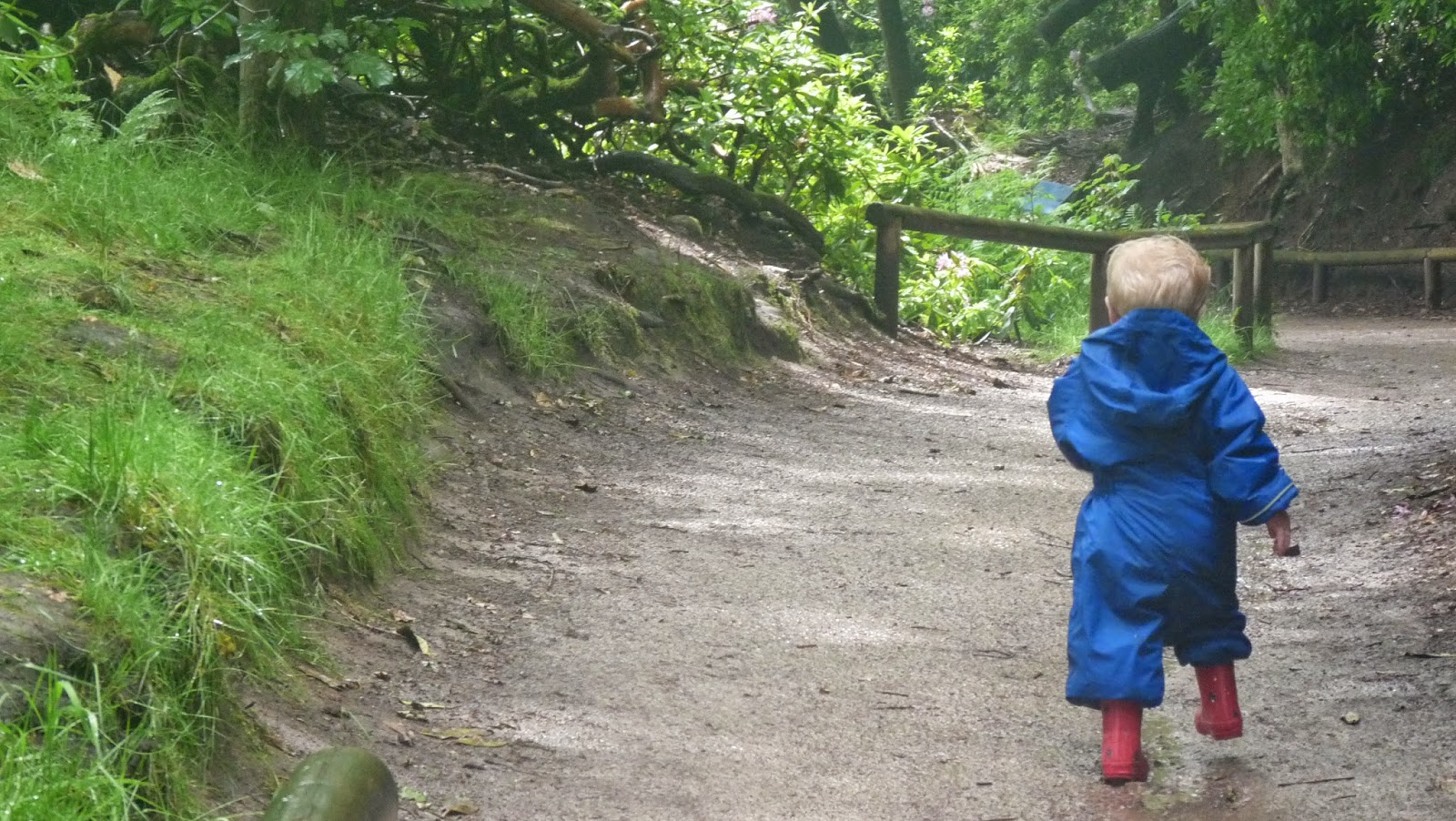 We were lucky to see the five week old baby monkey just as the sun came out – this meant my lens decided to mist over so apologies for the bad shot! 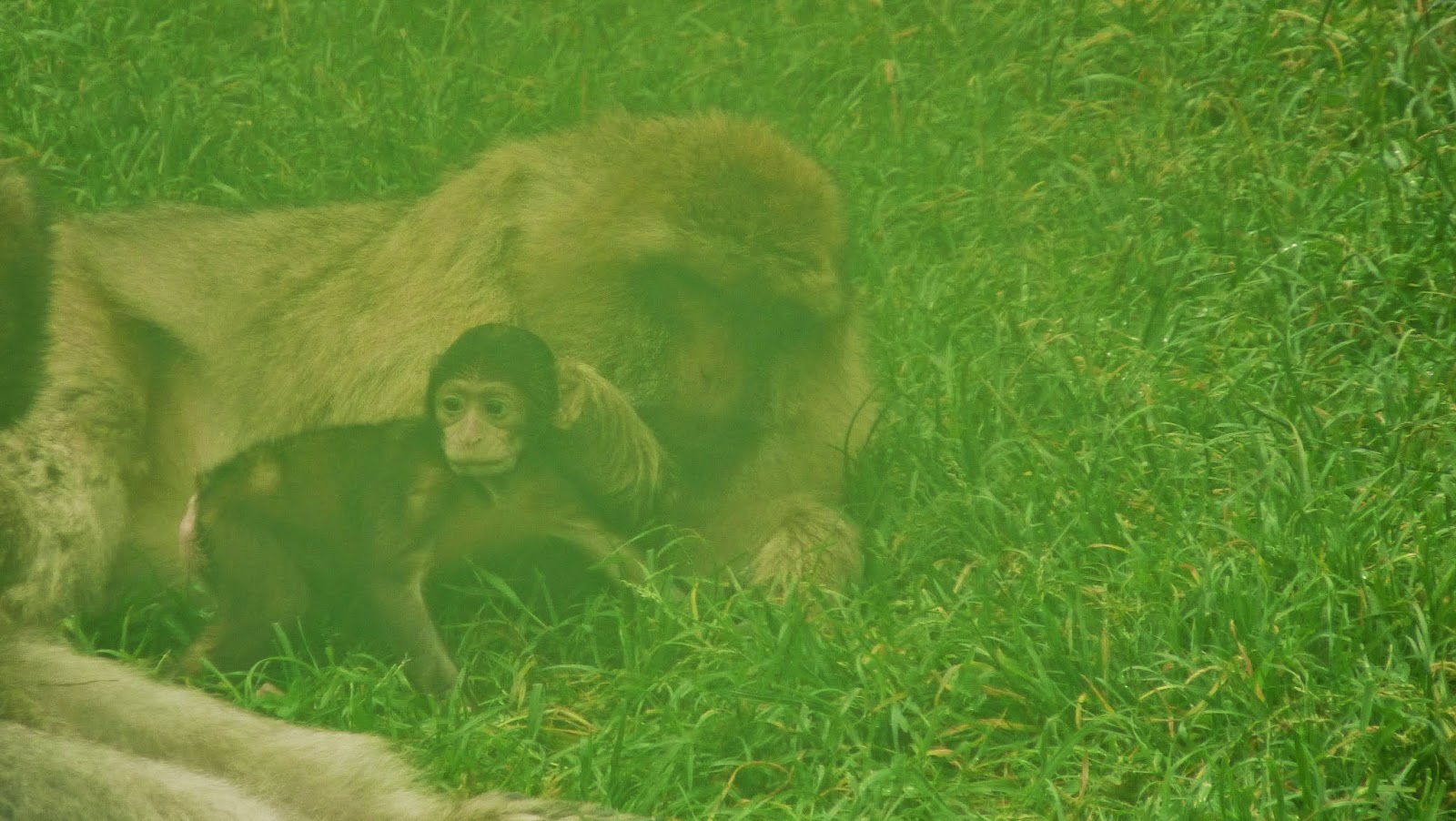 I was able to capture him on my phone though

L got brave on the rocker 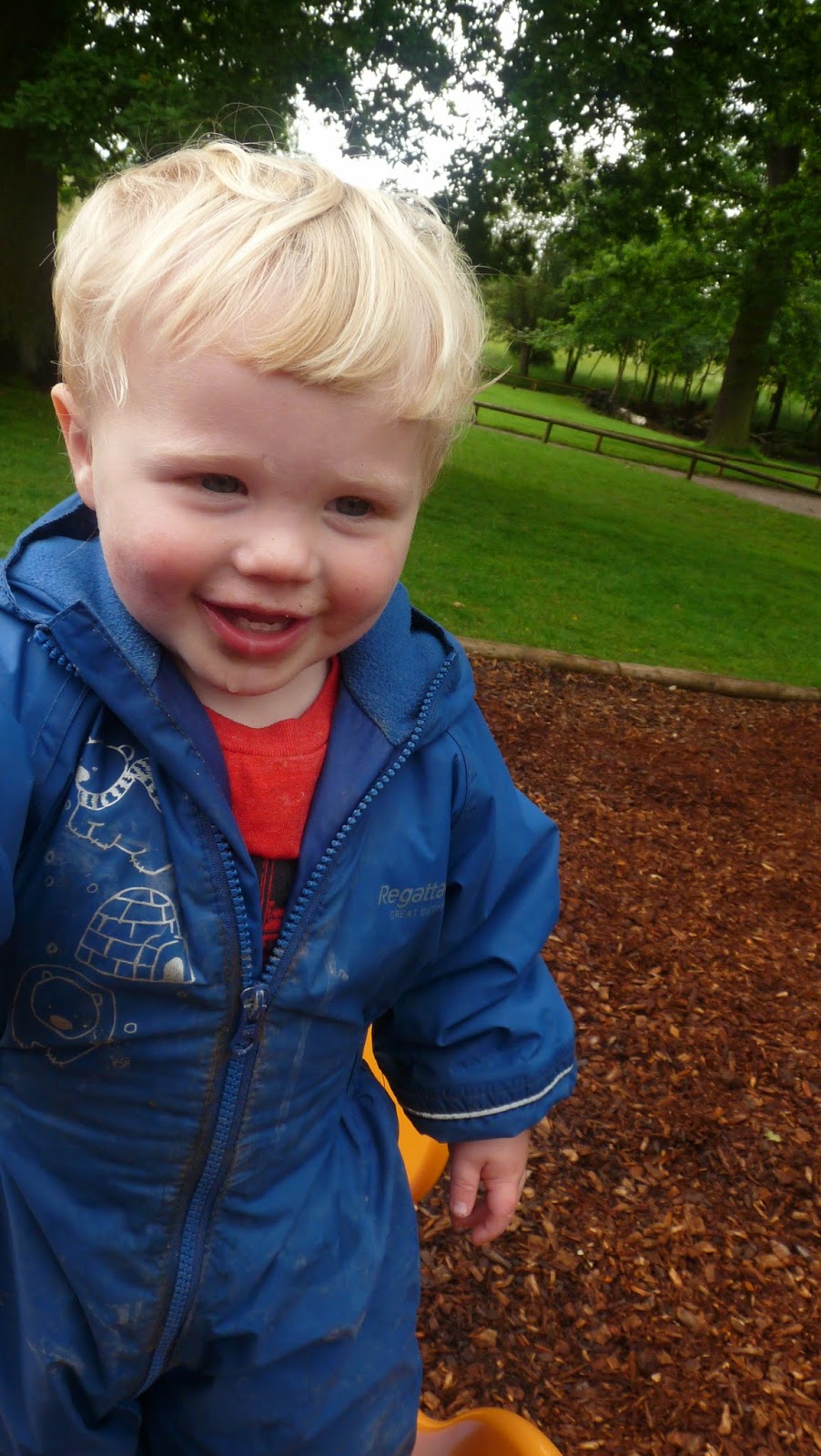 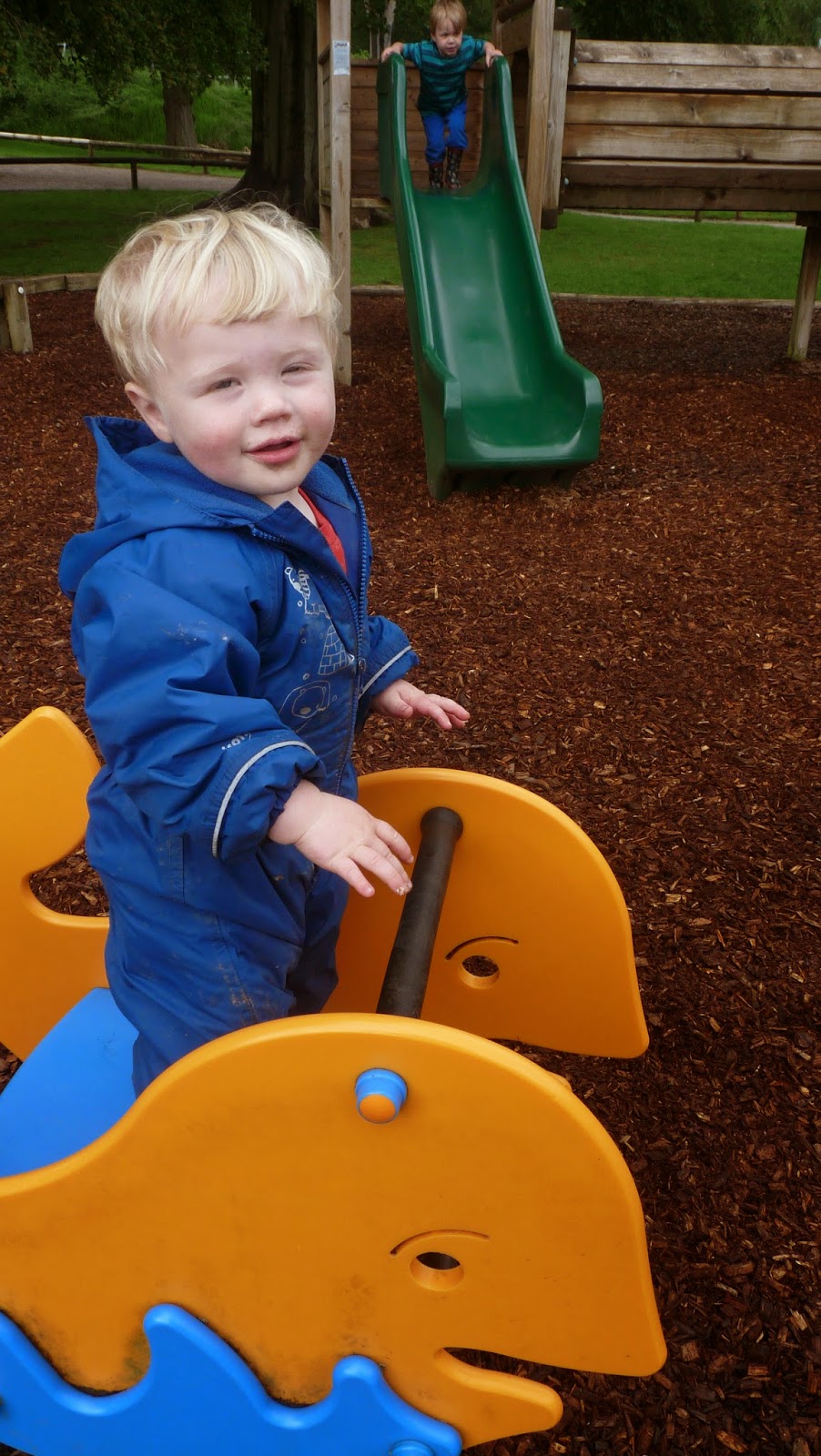 You might even find an unexpected surprise if you look up

The Monkey Forest is set in the Trentham Estate which also looks stunning so if you wanted to see it all you can buy a combination ticket.

We had a great afternoon and could have stayed longer if we weren’t just about to embark on the journey back down south.