For a regular commuter to London, the prospect of taking your 3 year old son all the way to London on a blustery winters day to watch a play which he may or may not appreciate, was a decision I didn’t take lightly. I knew this could be one of those things you realise in hindsight he was too young to appreciate – but it was a book I have fond memories of when I was growing up and one we had yet read to our son. This was the first time we were going to see a play, a risk but we thought we would give it a go! 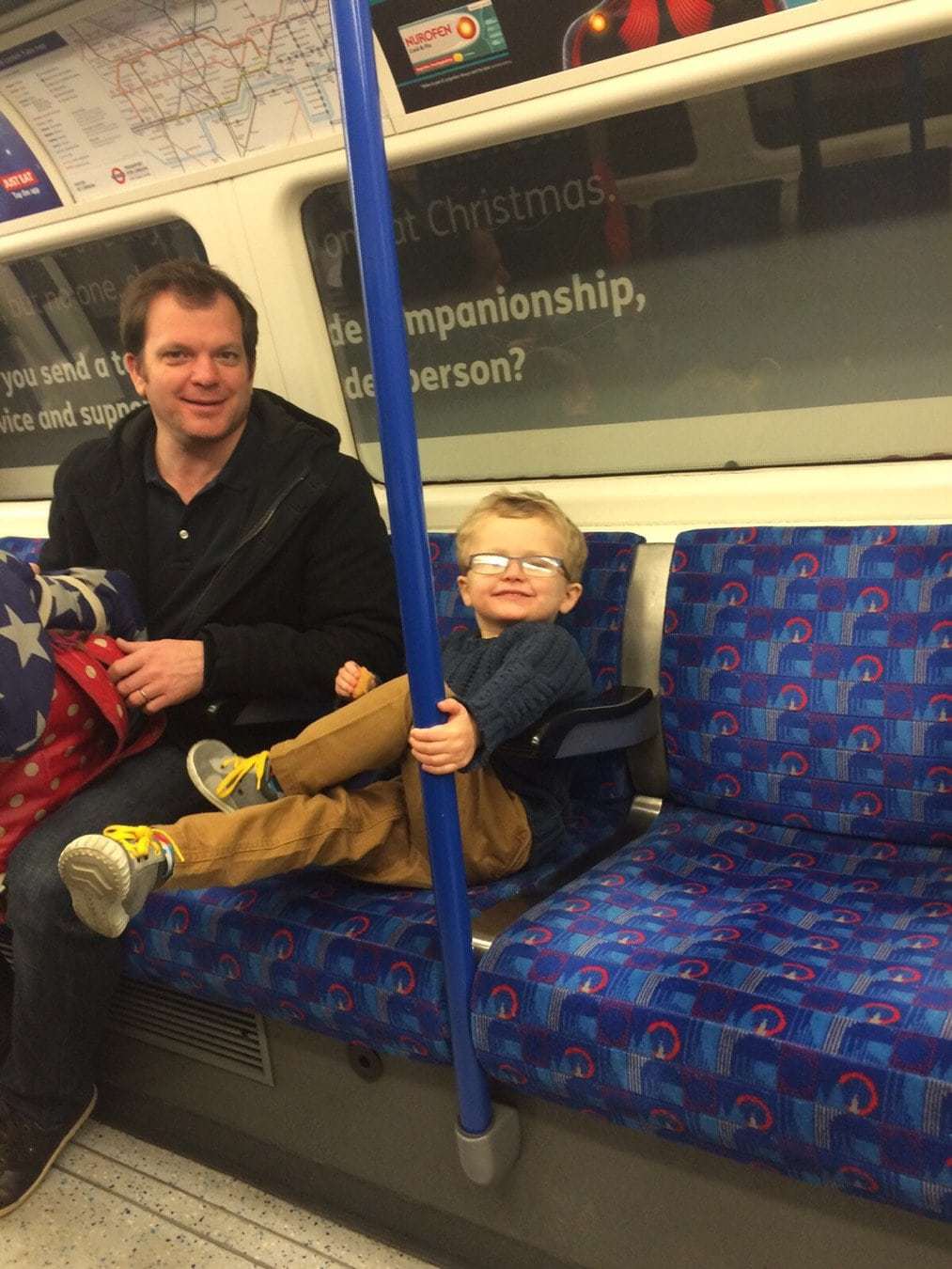 After a trip on a ‘choo choo’ and even better one that went underground, we arrived at the Lyric Theatre to a bustle of parents and children. Though there was a real mix of ages Hugh was probably one of the youngest, was this a sign we’d made a rooky error?!! As we were constructing a game plan my husband was ushered towards the ‘buggy park’, a well organised system made the drop off of the buggy a smooth and easy for all, just what you needed after negotiating the tube. As you would expect there was a foyer full of merchandise, but what I appreciated was that fact it was subtly displayed. It is often an easy sell, a 3 year old boy and a fluffy Tiger! 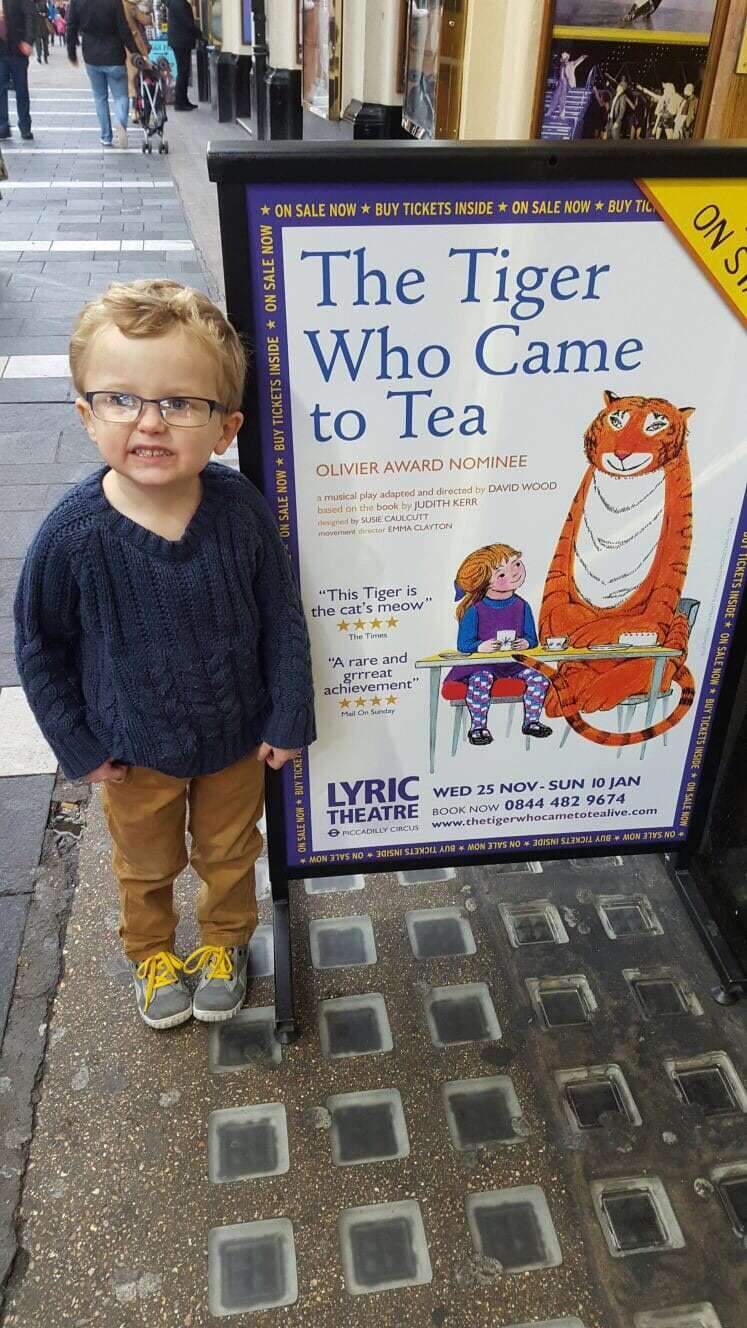 Alas we didn’t make it past but mainly due to my love to shop – a nicely made material ‘Tiger’ flag for £4 was received by Hugh with a big smile. So it was time to take our seats and we made our way into the auditorium. The excitement of the audience could be heard, a relief that it certainly wasn’t quiet and that this was likely to continue throughout the show. Our first challenge came when we realised  the Lyric Theatre does not provide booster seats for their younger theatre goers, a real shame. Between us we folded our coats and piled them onto Hugh’s chair and made him tall enough to see. Luckily it wasn’t a full  theatre and we benefitted from an empty seat in front of him, I am not sure that he would have seen much otherwise. 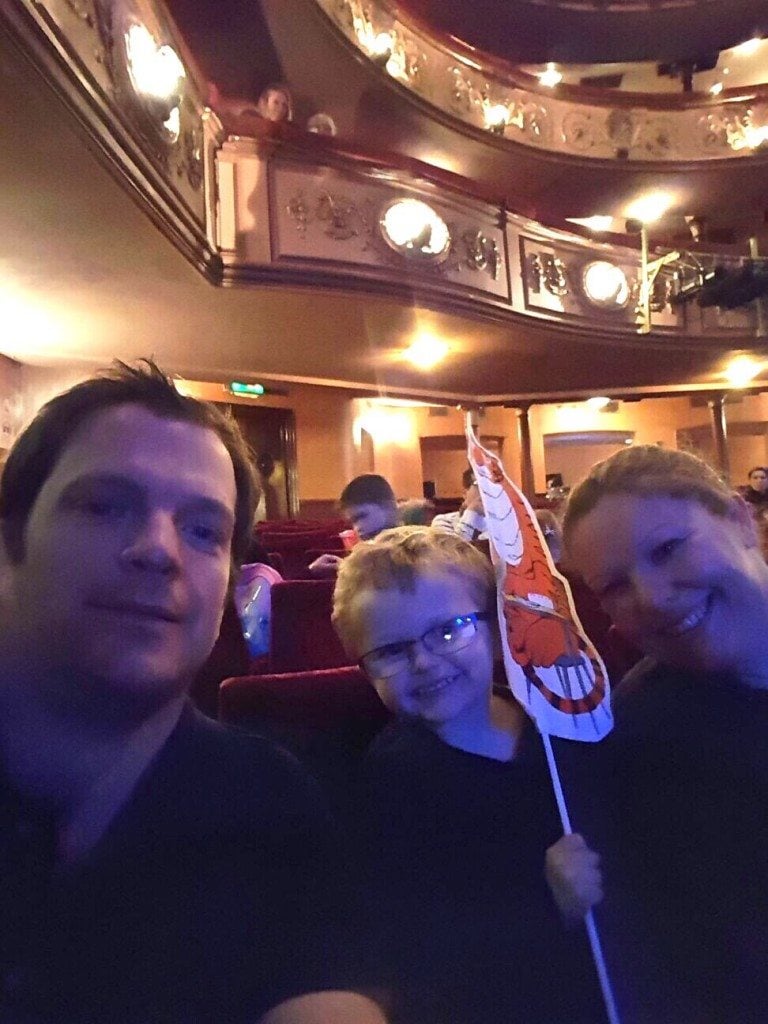 The show itself was perfect as it was under an hour long with a mix of storytelling, music and audience participation – Hugh was enthralled. The characters opened with a song about what a play was and it allowed the children to get used to the concept  before the play started, a lovely touch. As the story continued you became drawn in by the warm and friendly cast and you could see the children become more involved. When the Tiger appeared my heart raced, he was a 6ft plus and bright orange. His paw appeared from behind the door – I knew for Hugh it was make or break! Luckily he loved him and in fact when he was encouraged to roar like a Tiger I think Hugh may have scared more people than the Tiger on stage. It was a great adaptation and was a delight to watch, the songs were catchy and the actors were great at encouraging the children to join in. I wish I could have bottled the laughter coming from Hugh, it was infectious.

It is definitely worth a trip to the theatre to see, if not for the children but for us to remember what a classic story it is. I am sure that it will become one of Hugh’s favourites, especially as it means he can master that roar!  To book tickets, click here.

NB: Emily are her family were invited to review the show but all views and opinions are her own

So pleased you enjoyed this! We're taking our daughter who's nearly two on Sunday this week. I too have fond memories of the book, I can't wait to take her!