We attended on the opening night where the 200 year old play was brought to the stage by Theatre6 and Catherine Schreiber.

Persuasion, Jane Austen’s final novel (and in many peoples mind arguably one of her best) is mid way through its UK tour in Liverpool. Persuasion was published in 1817 – six months after Austen’s death but its story and the trials and tribulations of love and family relationships feels as relevant today as it did then.

If you haven’t read it then Persuasion follows Anne Elliot – a young woman in love. Swept off her feet by the dashing but poor naval officer, Captain Wentworth, she devastatingly rejects his marriage proposal because she is ‘persuaded to’ by her selfish society-obsessed family.

Several years later (where the play begins) Wentworth has returned from sea and the play follows the story of whether Anne will be led back to her true love, or to a life forever alone?

In the first act the character led story, that was fast paced by the need to fit a great deal into the 2 hours they had, felt a tad rushed and confusing. Four actors playing eighteen characters, had a difficult job trying to distinguish the different roles they all played. At times I didn’t keep up and I had a vague understanding of the story, my companion who did not, didn’t really have a chance. 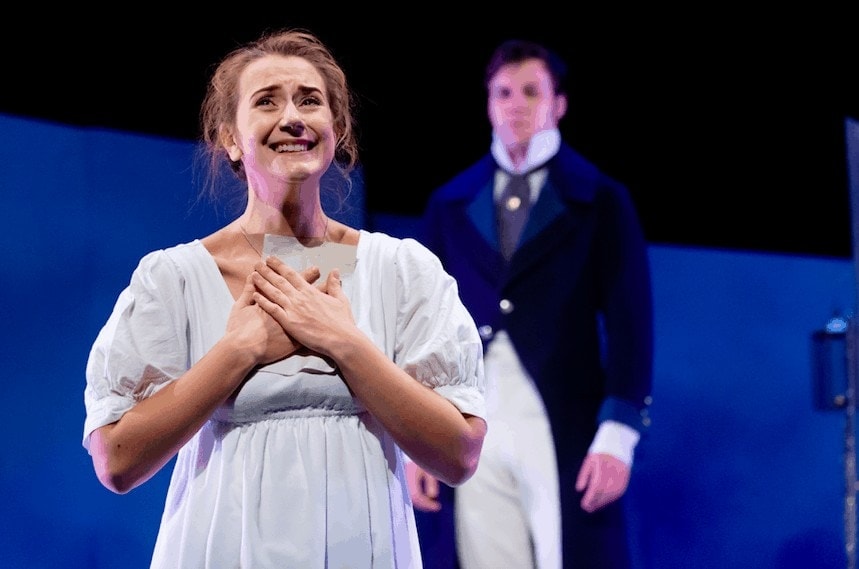 Jason Ryall’s portrayal of both Wentworth and Mr Elliot; rivals for Anne’s affections was at times frustrating. A change of jacket alone was difficult enough to pick out a few rows back and I did wonder how those in the gods were coping with the speed of change.

Ceri-Lyn Cissone played Anne alone and it was with her character that we as an audience were able to bond. She had an inherent likeability and the honesty of her heartfelt pleas touched all those around me.

Despite the confusion of the first act the slightly slower pace of the second act did allow the characterisation to develop. By the end of the play I felt more of an affinity with the remaining characters and you were rooting for the good to be rewarded and the bad to get their just deserves.

For me Persuasion was a nice evening out but it left me a tad underwhelmed. Perhaps an explanation to me as to why this Austen novel doesn’t often make the stage.

NB We received tickets to see Persuasion at Liverpool Playhouse but all views are my own.

You can buy tickets for the UK tour here.