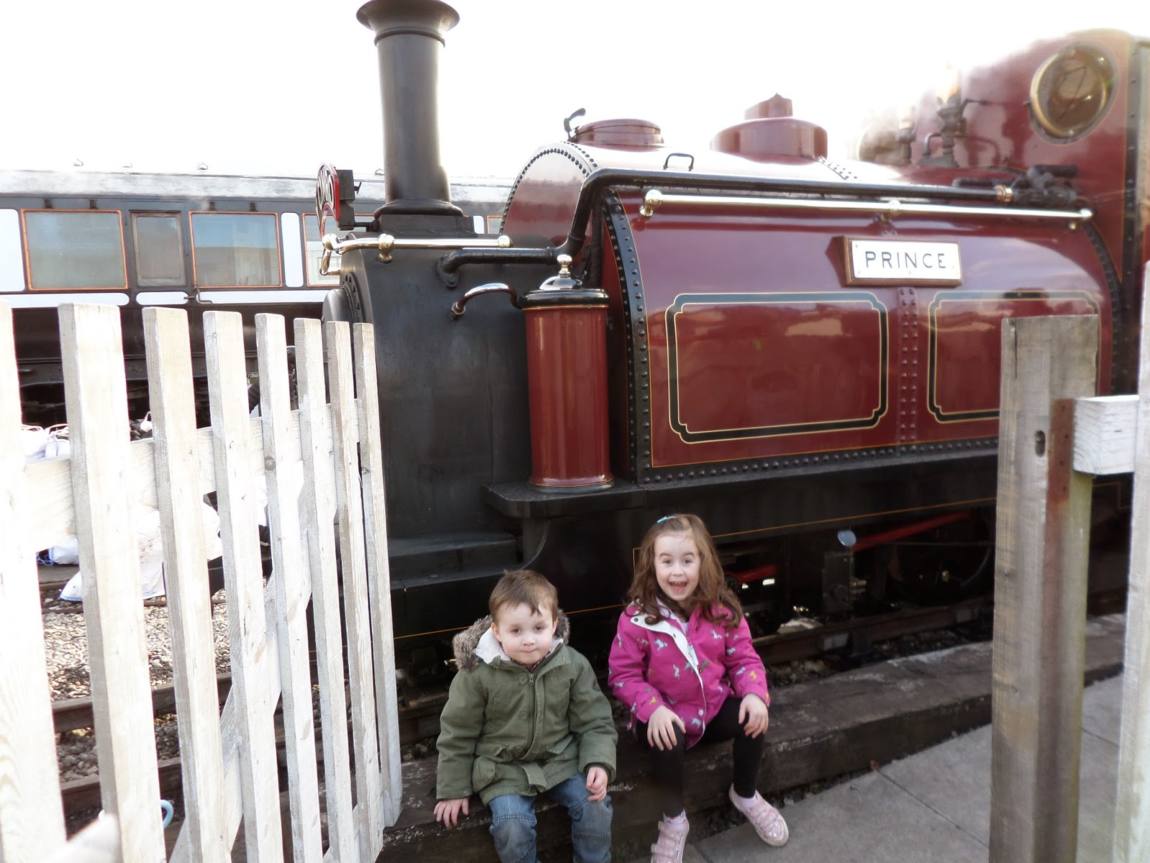 The last time I visited the The National Railway Museum I was probably about Eva’s age so I don’t remember that much about it.  Our friends visited last year with their kids and told us it was a great day out so when I spotted that a hero of mine, Paddington Bear was going to be there, we made a date for half term.

We had left it too late to get bargain train tickets so decided just to drive.  It is approximately 80 miles to York from our house and it took roughly an hour and a half with traffic. Having been to York many, many times over the years, I know it is an absolute nightmare to drive in and also to park.  You can park at the museum, it costs £9 per day but we decided against this with it being half term and also the special events that they had on, I had a feeling it would be chocka block!  Instead we opted for the brilliant Park and Ride scheme.  We found this by accident 2 years ago and it is really good.  There are six car parks to choose from, we chose the Rawcliffe Bar car park as this bus dropped us literally outside the museum.  It was a bargain also as and adult return ticket is £2.80 and that includes 2 children under 16.  Much cheaper and less stressful than trying to find a space in the centre.  The bus takes approximately 10 – 15 minutes to get into York and we found on arrival we made the right choice as the car park was indeed full.
The first thing that amazed us is that this wonderful museum is completely free to enter.  Upon arrival they do ask for donations but of course you are not obligated to do this.  We bought a couple of guide books for the children and were given a museum trail to do free of charge.  Armed with our map we set off to explore.
The first hall you come to is the Great Hall and it is just that! Full of the most amazing trains including a replica of our very own George Stephenson’s Rocket. 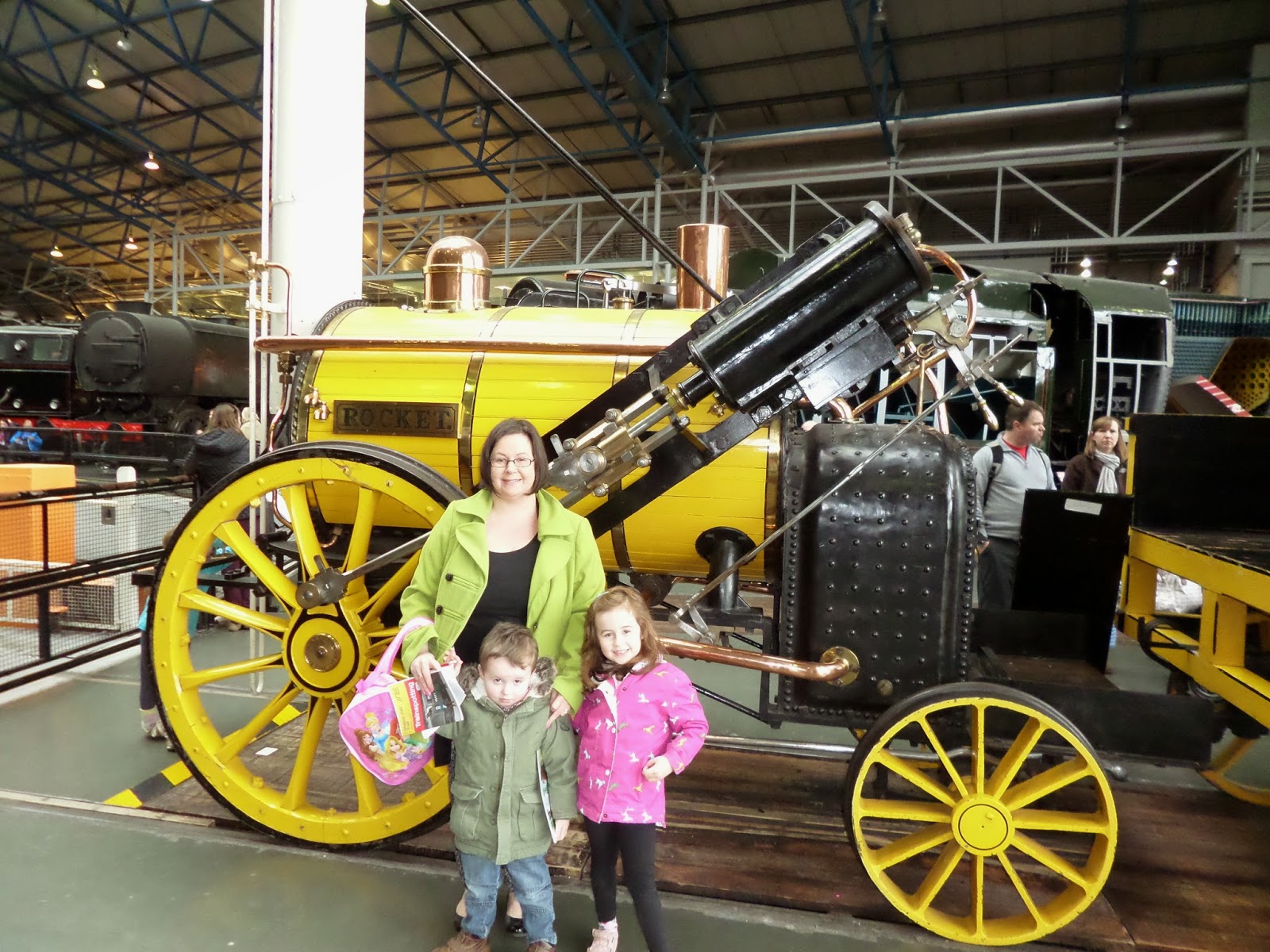 The children had great fun running around and exploring all of the engines.  The whole place is very child friendly, although a lot of the older trains you are not allowed to touch, there are plenty that you can climb aboard, including a Japanese Bullet train and also a few engines to check out. 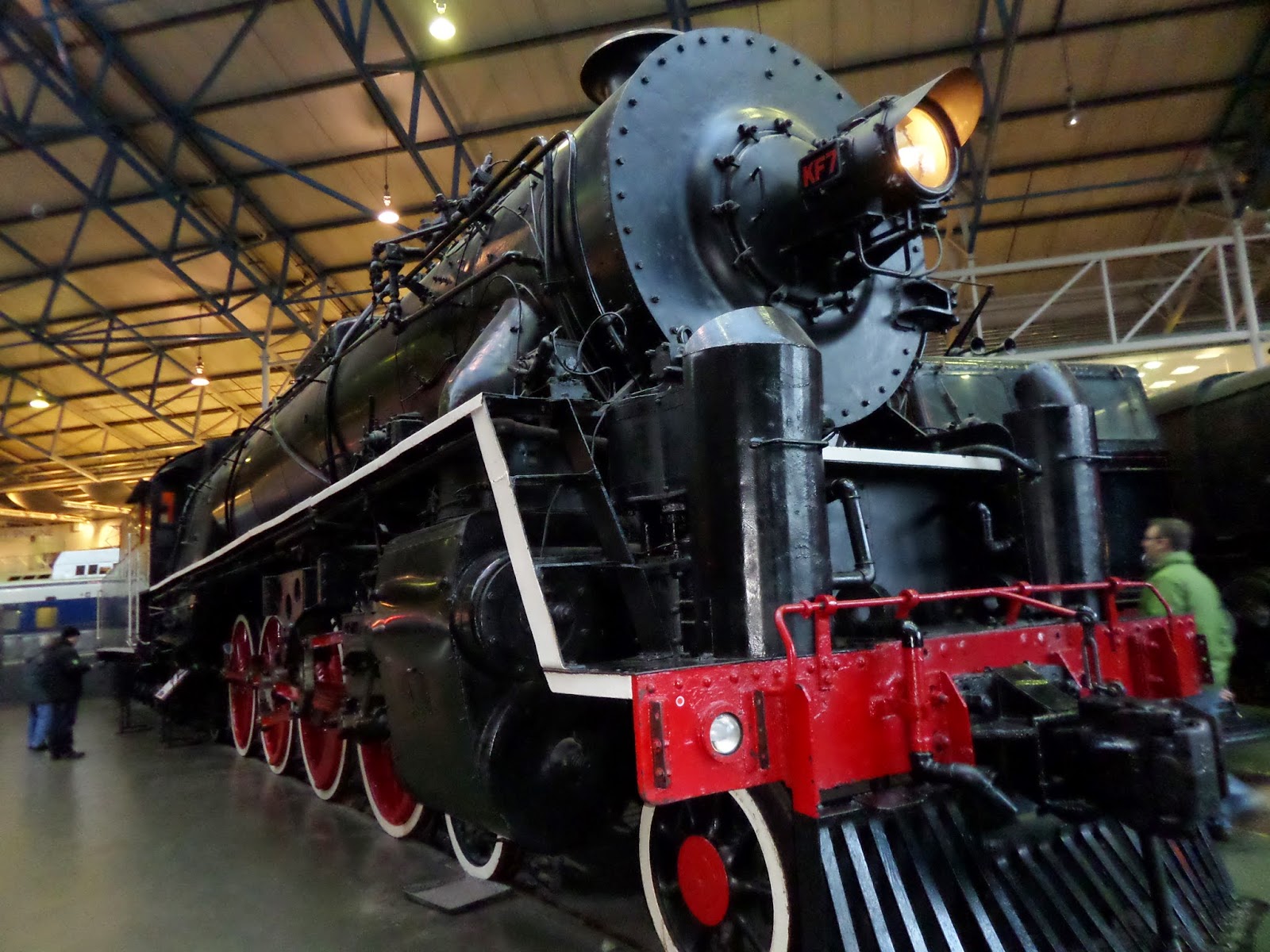 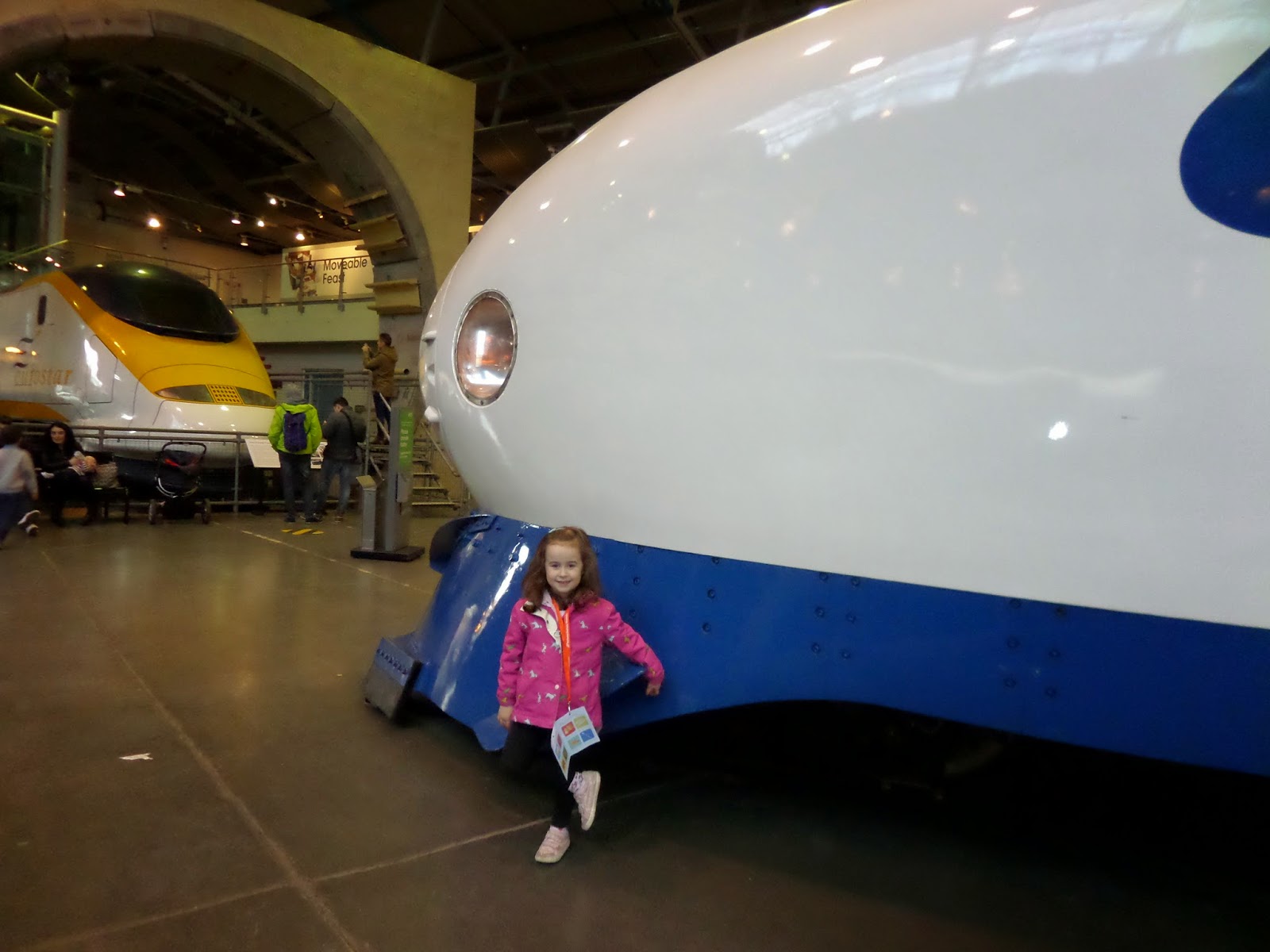 An added bonus on until May is Churchill’s Final Journey a wonderful exhibition showcasing the train that took Sir Winston Churchill on his last journey from London to Handborough where he was buried with his mother and father.  The train is spectacular and there is a display and also video footage of the sad event. 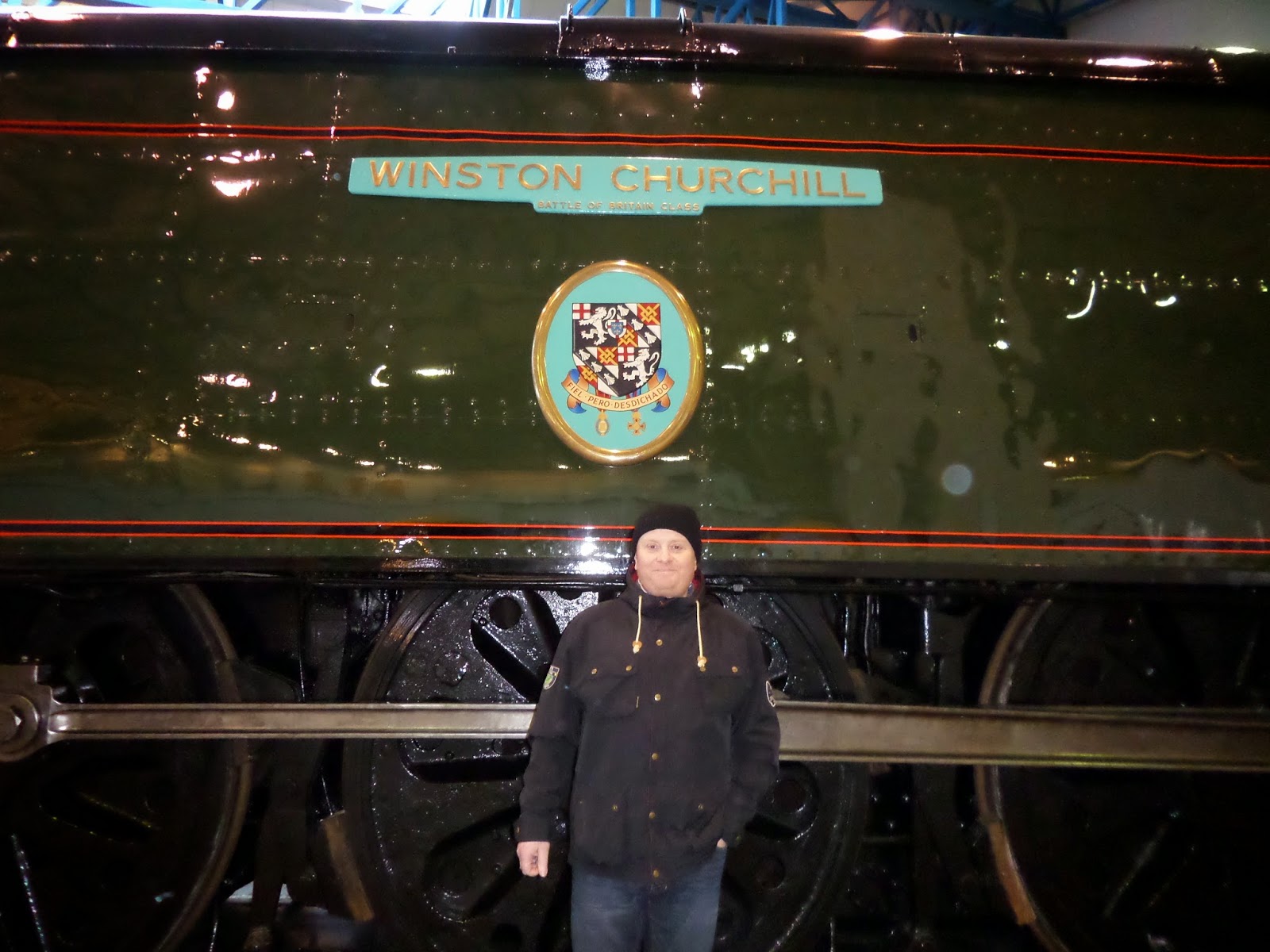 Foodwise, there are a few places to eat but I found it to be a little bit pricey, £5.95 for a sandwich. Drinks prices were absolutely fine and the children’s menu at the Dining Car in the Station Hall was good value also, we ended up just getting jumbo hot dogs and wedges from that! They were yummy too.  Food is good quality and to be honest we didn’t mind paying a little more as the entrance was free.
The Station Hall was where all the Paddington themed activities were.  There was a luggage label themed Paddington trail to do which was £1 per child.  This was a big hit, our kids love finding things.  They also coloured in a Paddington postcard and added it to a huge map of the world and dressed up in Paddington fancy dress, including wellington boots. 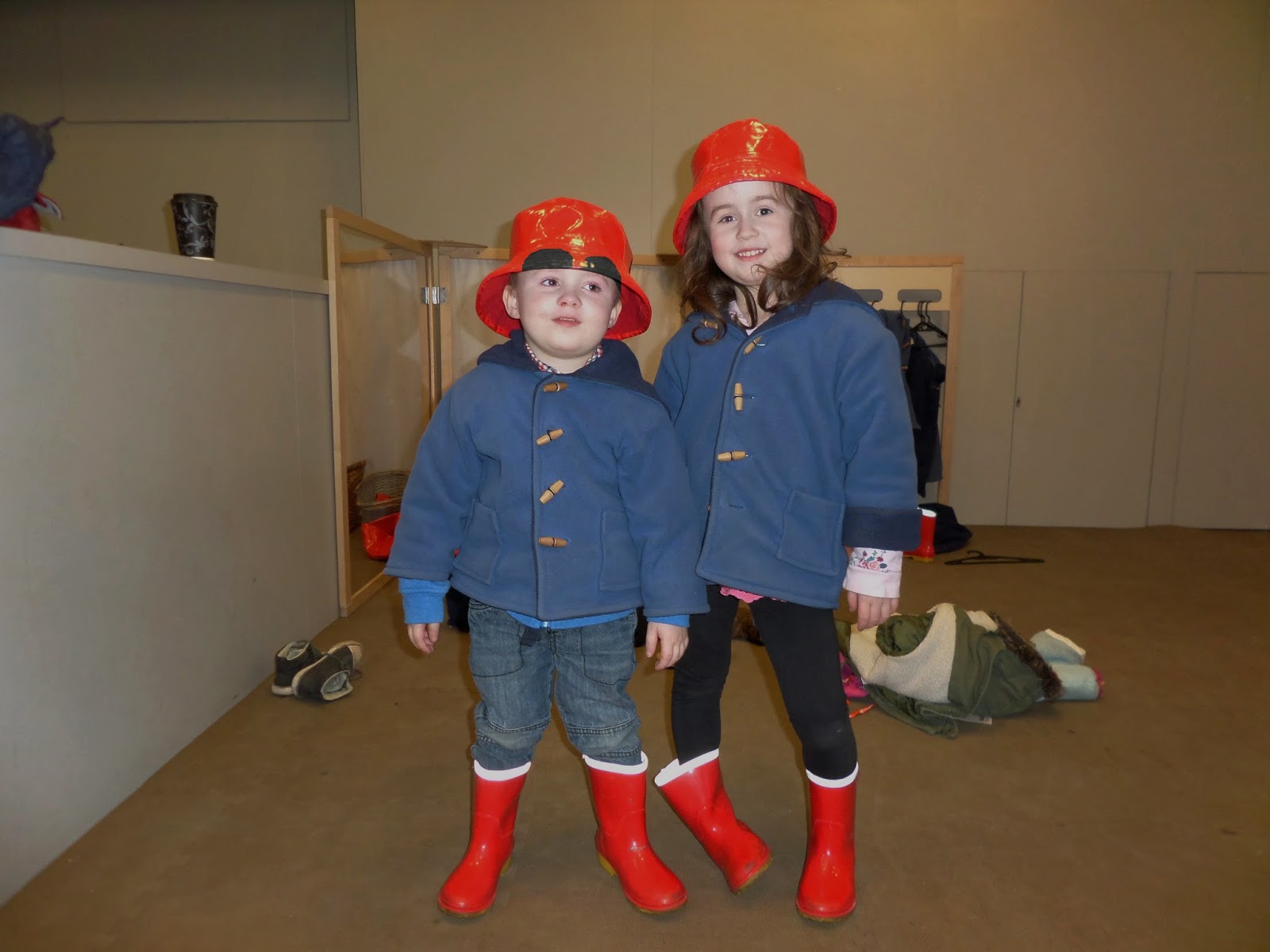 It was now time to meet the main man.  He had been appearing at various intervals throughout the day and was proving to be very popular! The queue was huge but it was extremely well managed, there were two members of staff keeping the queue moving and and it went down very quickly.  I have to admit to being completely in love with Paddington, I have loved him since I was little and he was just as beautiful in real life as I expected him to be.  Eva and Luca enjoyed cuddles and high fives before posing for the obligatory photograph. 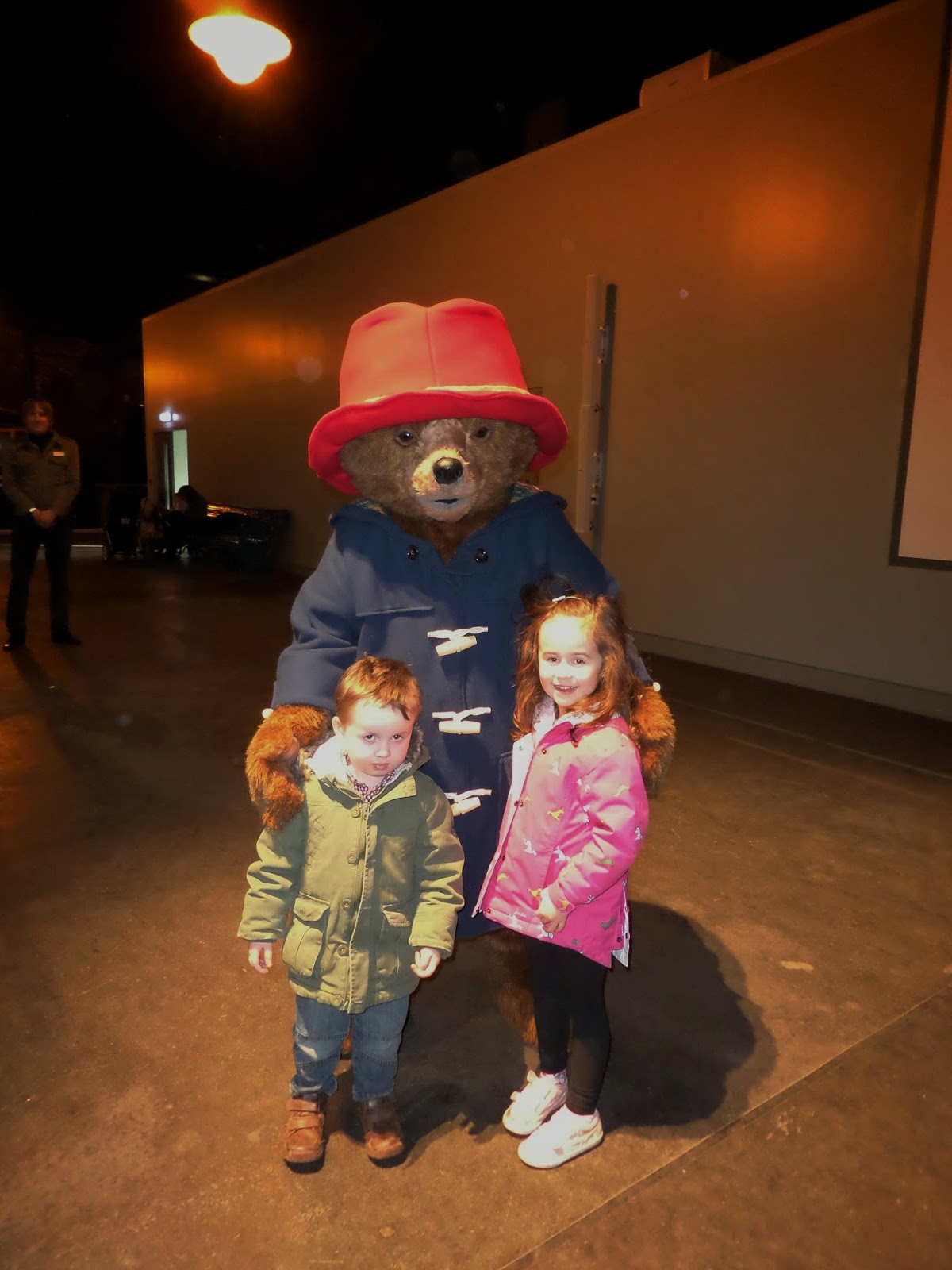 After Paddington, we went outside to the South Yard and we had a ride aboard a real-life miniature steam train, all the way from Wales, courtesy of the Ffestiniog Railway.  The driver even allowed the children into the cab so they could see how the train worked. 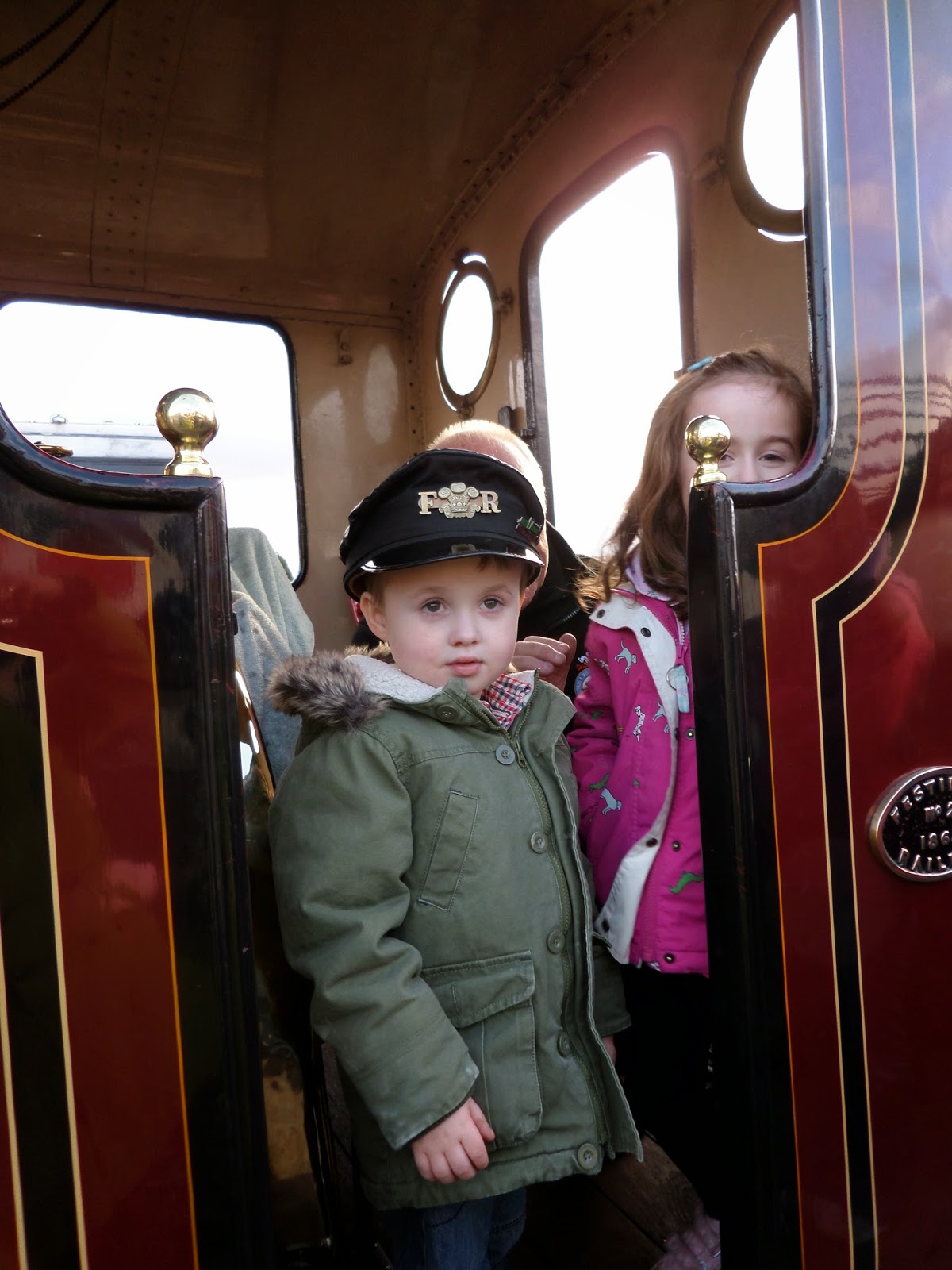 The Station Hall is where all the Royal trains are housed, there are some beauties, including trains used by the Queen Mother and Queen Victoria.  There is also a train station set up from times gone by.  I loved it in here. 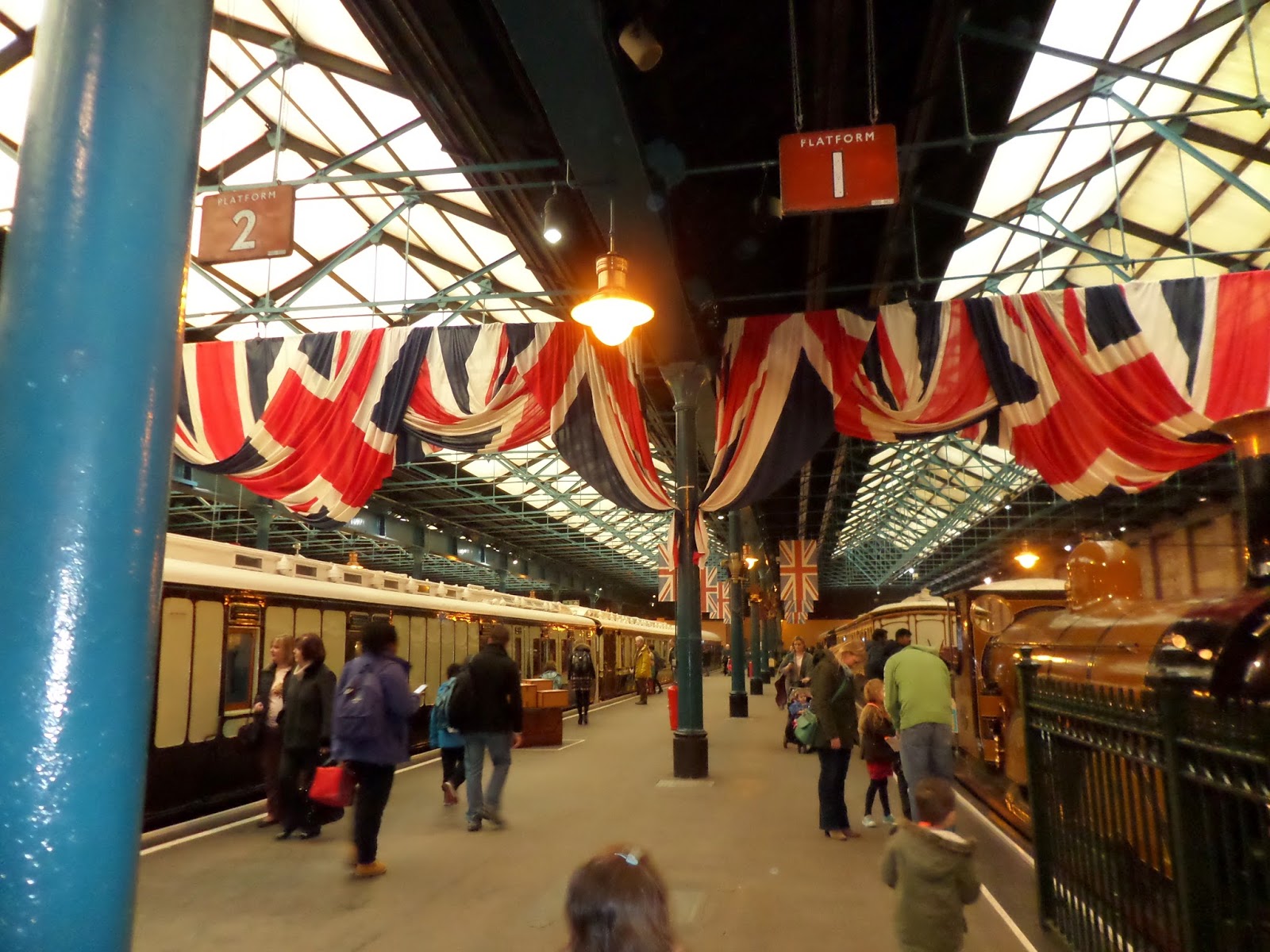 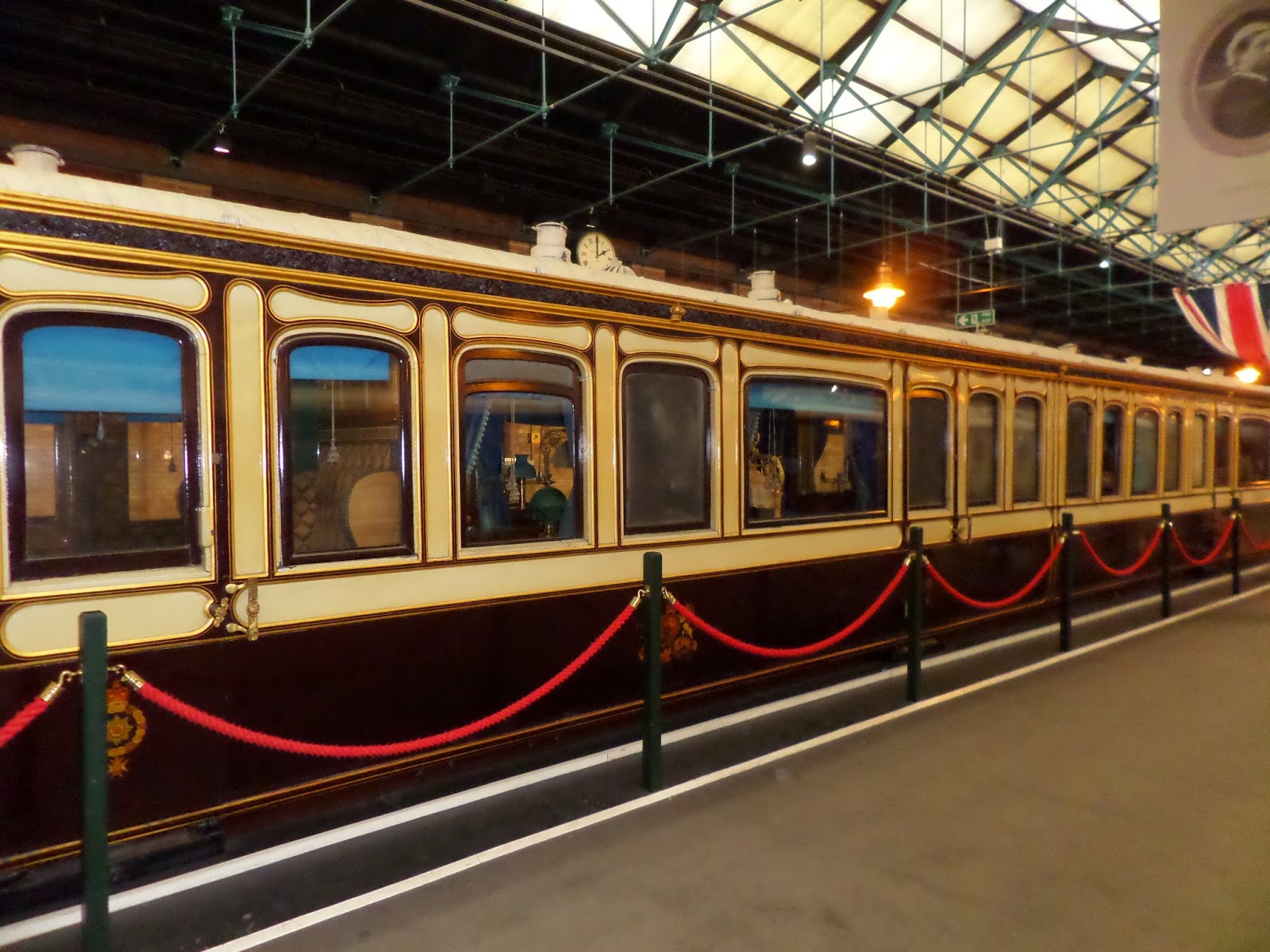 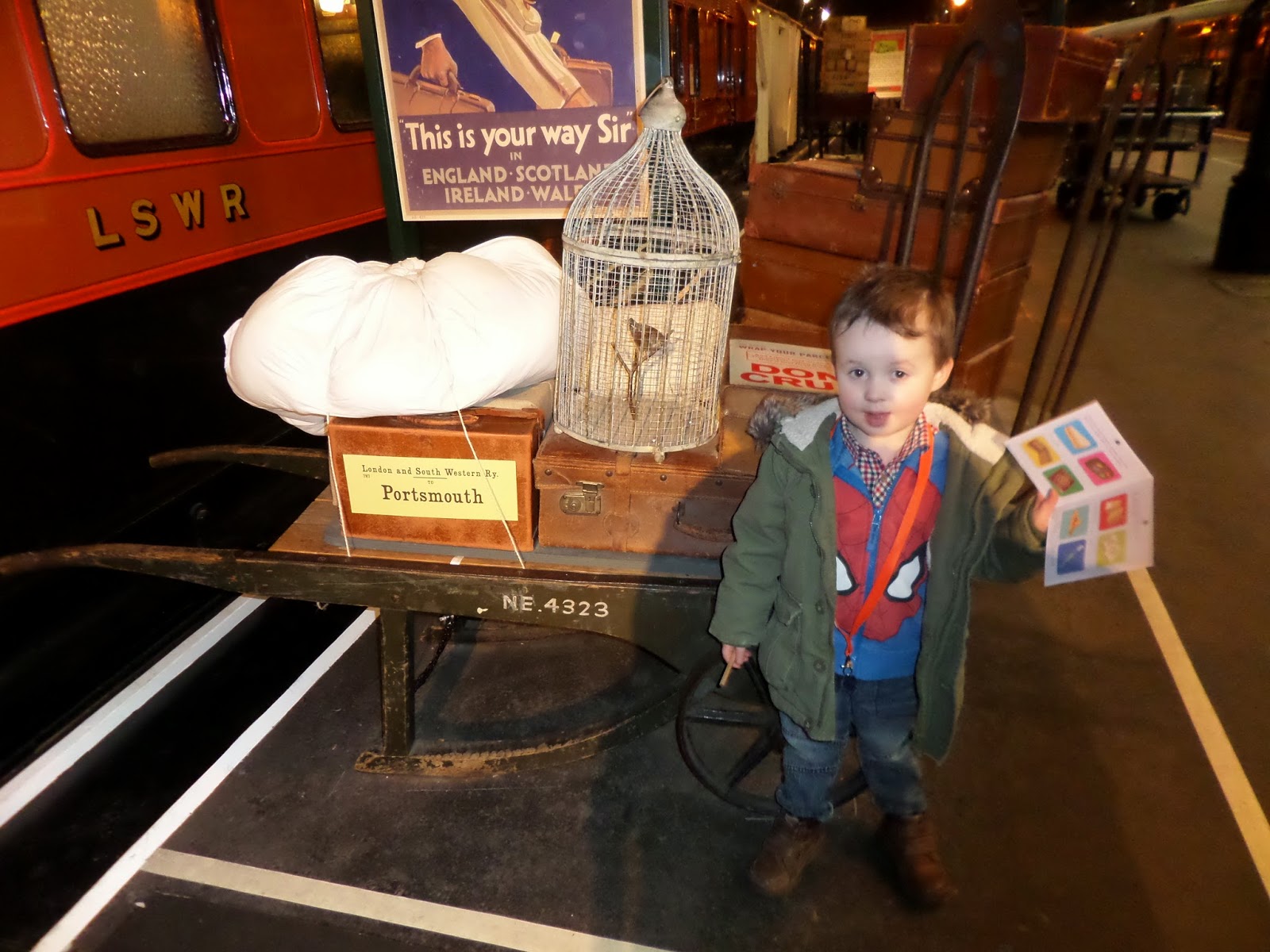 I will end this blog here as I could go on and on filling you up with facts! But why not experience it for yourselves?  We were here all day and still did not manage to see everything.  We found all the staff to be charming and helpful and had a lovely time.  An absolutely fantastic day out.

This review about The National Railway Museum in York is by Mammy Flynn who writes a blog called Fun with the Family which you can read by clicking here. 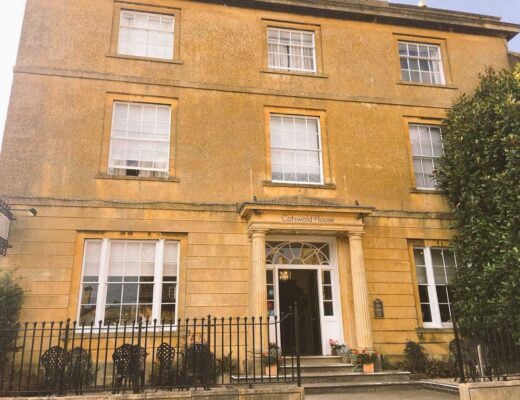 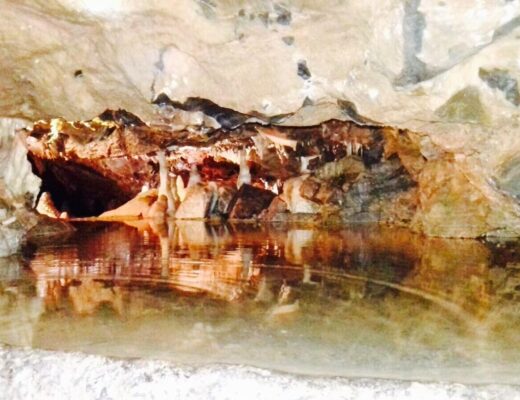 Cheddar Gorge and Caves | Family Day Out in Somerset