We had the most amazing night last week at this year’s Pantomime, at the Liverpool The Empire,  Snow White. I’m 15 and I went with my cousin who is 18. We hadn’t been to the Pantomime since we were little and we were so excited to go, just the two of us!

The theatre is located right by busy Lime Street station so it’s so easy to get the train over and back from the Wirral where we live. The theatre itself is an old Victorian theatre so there is a real sense of occasion as you walk through the doors. The only slight downside was there isn’t much leg room in the seats!

The panto itself was wonderful. The music appealed to all ages, lots of well known tunes from Michael Jackson to James Arthur.  There was just the right amount of music to keep the energy going throughout the performance.

Jorgie Porter played the lead role as Snow White and she was brilliant but in my opinion it was The Queen played by Leanne Campbell who stole the show. She has the most amazing voice and seemed to appear more often on stage than Snow White. 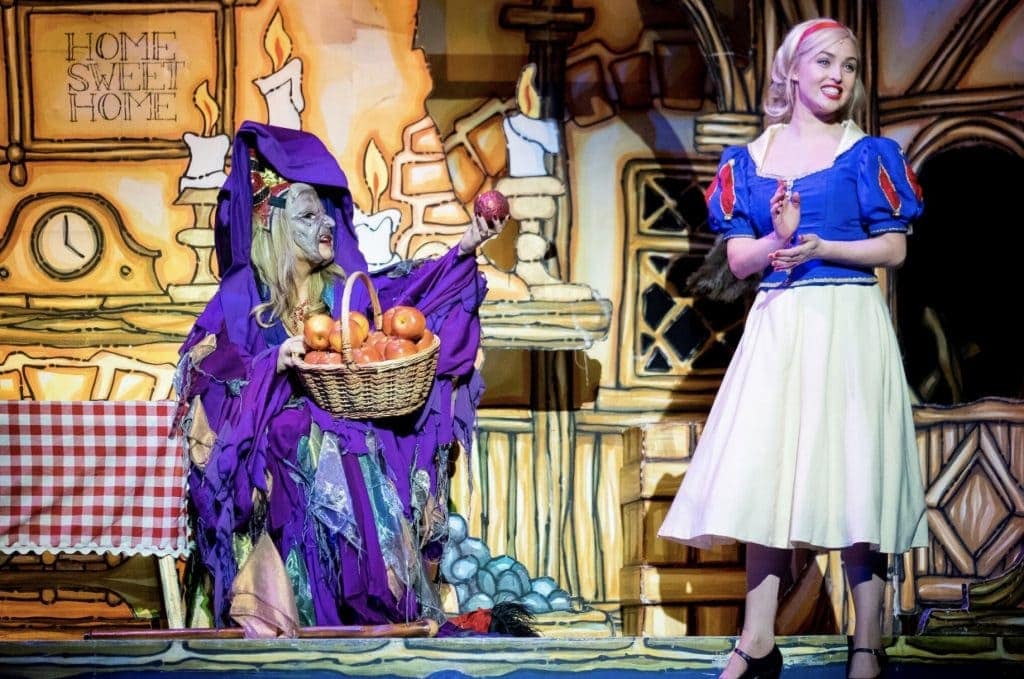 Herman The Henchman played by Colin Connor was the comedy character and he was very funny – he really kept the audience laughing throughout the evening.  When he appeared on stage you could feel the excitement in the theatre increase as we were all expecting to laugh!

The scenery was spectacular! Especially the castle set at the beginning – it was magical. There was also the magic mirror which was very impressive as it came down from the ceiling.

The higlight for us was the ’12 days of Christmas’ sung by the characters Prince Brian, Herman The Henchman and Muddles. It was funnny, energetic and involved audience participation.

All in all it was a really Christmassy, fun evening and I would definitely recommend this to families, adults and teenagers as there was something for everyone!