My 8 year old daughter and I were lucky enough to see a one-night-only performance of Swan Lake by the Russian State Ballet & Opera at the Stockport Plaza this week. We live only a mile away from the Plaza, so it was a perfect location for us, but the theatre is a stone’s throw away from Stockport train station and there’s plenty of free parking in the surrounding streets after 6pm, so it’s pretty accessible.

This was Mimi’s first experience of the ballet, and only my second. We only saw a handful of children at the performance, so Mimi felt very special that she was having a ‘grown up’ night out.

The first and only ballet I’d seen was Romeo and Juliet. I loved the dancing, but distinctly remember feeling relieved that I knew the story, as some of my friends didn’t and had no idea what was going on. With that in mind, and because (embarrassingly) I didn’t know the story of Swan Lake myself, I’d printed off a summary of the plot. I was about to launch into it, when Mimi informed me that she already knew the story as she’d see Barbie Swan Lake on a dvd. So, she told me all about how a princess called Odette is turned into a swan by an evil sorcerer and can only be saved if someone declares everlasting love and fidelity to her. As luck would have it, a handsome prince does exactly that, but is then tricked by the sorcerer into falling in love with the sorcerer’s own daughter, the black swan. So far, so good as far as the real story goes. She then told me that the sorcerer and the black swan are turned into pigs and run out of town, and the prince and Odette live happily ever after. Pleased that there would be a happy ending, I didn’t bother to read the summary I’d printed, and off we went. 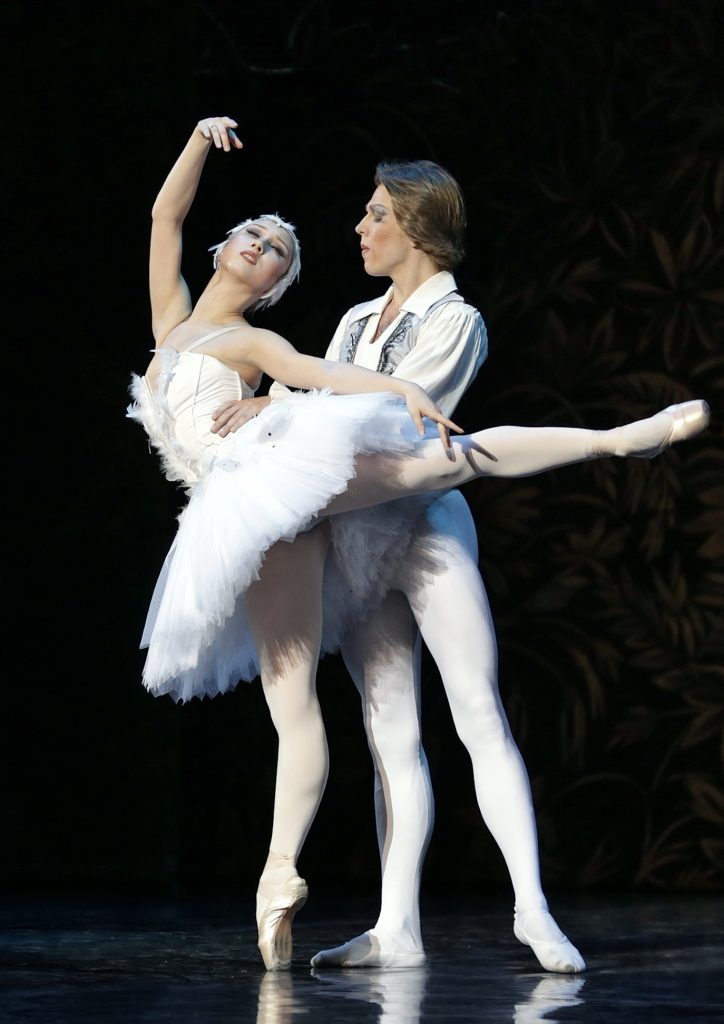 We were both mesmerised from the minute the curtain went up. The dancing was incredible and the costumes were beautiful, especially the white feathery tutus for the swans. Mimi was a little disappointed that no one did a backflip, but she did concede that the lifts and leaps were pretty amazing. Mimi is one of those children who asks what is happening, and also what is going to happen next, constantly during any kind of entertainment. As the story unfolded, and didn’t seem to be following the exact lines of the Barbie plot, she became a bit confused about what was going on (as did I to be honest). I was enjoying the dancing so much that I didn’t really mind, but for Mimi’s sake I wished I’d read the summary and also that I’d bought a programme. I had a look at one of the programmes at the interval and it very helpfully set out exactly what was happening in each Act. One of the ushers let me have a quick read without buying a programme, which was very kind, so there were a lot fewer questions in the second half and we were prepared for an ending that was less happy than Barbie had led us to expect!

We had a long discussion on the way home about why the prince wasn’t wearing any pants under his extremely tight white tights, and whether he worried about his tights splitting at all during the performance. In hindsight, I should probably have invited her opinions on the less than feminist themes of the story, but tight white tights on legs reminiscent of a Greek statue do tend to cloud one’s thinking. 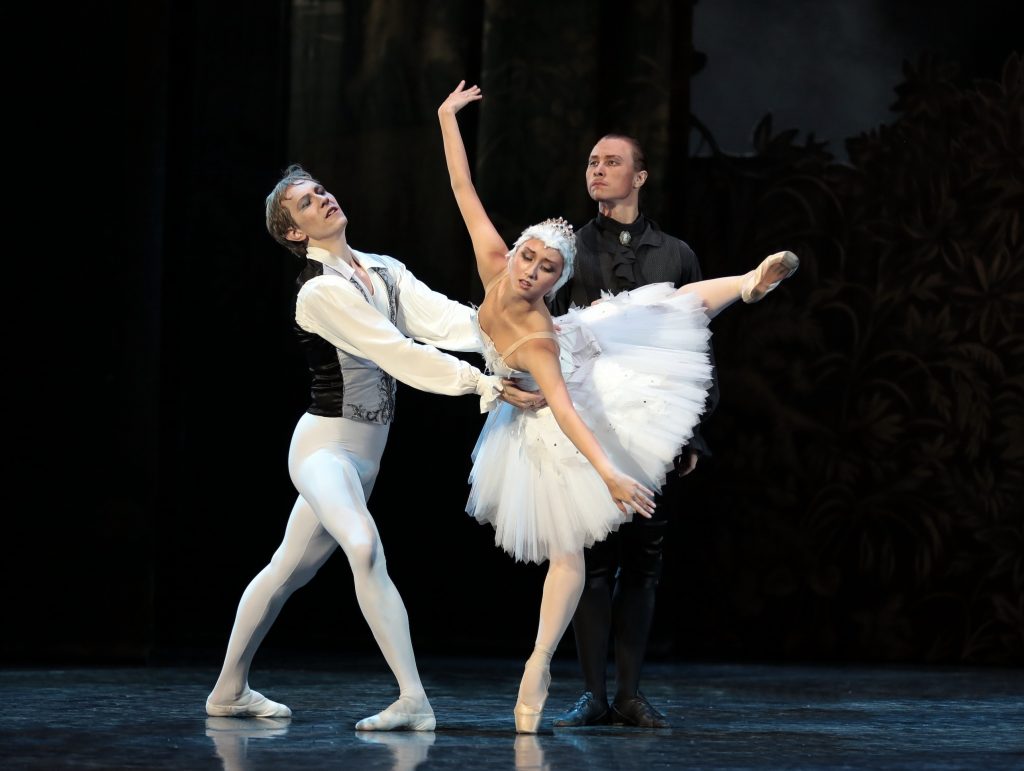 Mimi and I both loved the experience, and both said we’d like to see another ballet. I didn’t take my 6 year old daughter as I thought it may be too late and too long for her. Having seen Mimi’s reaction, I would definitely take her next time, as she would love the dancing and costumes and she could manage 2 ½ hours (but maybe not on a school night as we didn’t get home until after 10pm).

The Russian State Ballet are currently touring the UK with Swan Lake.

NB: Jane and her daughter received tickets to see Swan Lake in exchange for this review but all views and opinions are her own.

What a lovely experience for you and your daughter. I've never been to the ballet, I really ought to go.