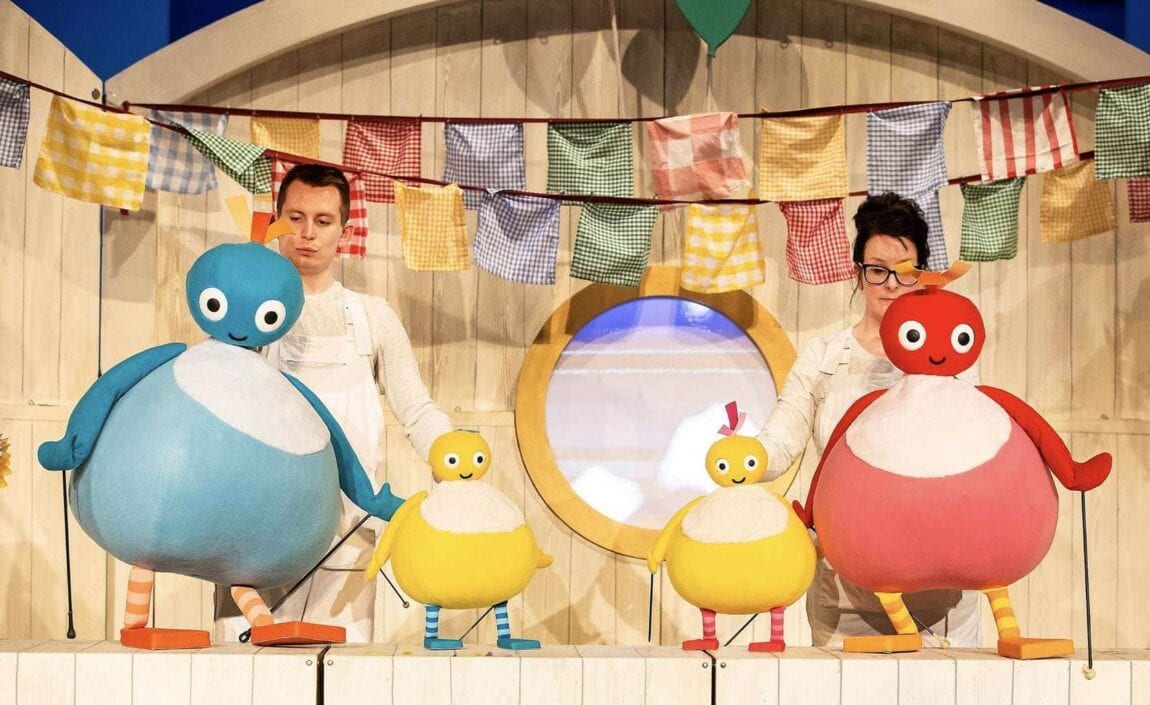 My three year old was counting the days, hours and minutes until she saw the Twirlywoos Live on stage. These cheeky little creatures of Cbeebies fame, have arrived on the Southbank, and will be delighting children all month as part of the the Underbelly Festival on London’s Southbank.

The show takes place in a cabaret-style tent in amongst the vibrant pop-up bars and restaurants of the Underbelly Festival. We sat on chairs in the stalls, which are unreserved so it is worth getting there a few minutes earlier to get the best spot. If you prefer to be a bit closer to the action, or your children are more likely to want to sit on your lap than on their own chair, then you might be better on the cushion seating in the front few rows. These tickets are more expensive but include a Twirlywoo cushion that you can take home with you. There are also booths at the back of the theatre which are perfect for a family group who would like to sit around a table, these are a bit further from action but raised up so still with a clear view of the stage.

Twirlywoos Live is aimed at children aged 1 and over, and at nearly 4 my daughter was one of the older children in the audience. Having two older sisters, she is quite often at theatre aimed at children much older than her so it was lovely to see her enjoy a show for her own age group.

Two seagull puppets were meeting and greeting the children as we took our seats and admired the brightly lit stage. The cast of four puppeteers took to the stage singing a welcome song, with infectious smiles. My daughter was on the edge of her seat by the time the Twirlywoos appeared and the audience let out a little gasp.

The adorable Twirlywoo puppets, Toodloo, Great BigHoo, Chickedy, Chick and Peekaboo, with their bright colours, helicopter hair, and cuddly physiques did not disappoint the very excited audience. The puppeteers helped navigate the audience though the show, which lasted for 55 minutes.

We were told to expect a very important visitor, and the Twirlywoos began to collect decorations for a party. The show moved on to the Big Red Boat and they sailed off for an adventure at a laundrette and a pizzeria, where the curious and mischievous Twirlywoos learnt how to ‘pull’ and ‘roll’ along to catchy tunes. The cheeky Twirlywoos managed to fill the laundrette with bubbles and the first few rows of children on the extreme left and right of the theatre were able to help pop bubbles as the rest of the theatre sang along and clapped their hands.

The younger members of the audience were captivated from beginning to end, and responded without hesitation every time puppeteers engaged with them. The adults in the audience also seemed to be enjoying the relative serenity of the darkened theatre and calm children, often a rarity in the life of a parent of a toddler or preschooler.

The final scene involved the arrival of the special guest, who resembled a large stacking toy ,and amused the children as she unstacked and became muddled up. The Big Red Boat sailed away, but not without an encore appearance by the stars of the show.

If you would like a souvenir of the show, there is some very appealing merchandise available as you leave, including chatting plush toys and cushions.

Performances: Tuesdays and Wednesdays 11am, Thursday-Sunday 11am and 2pm 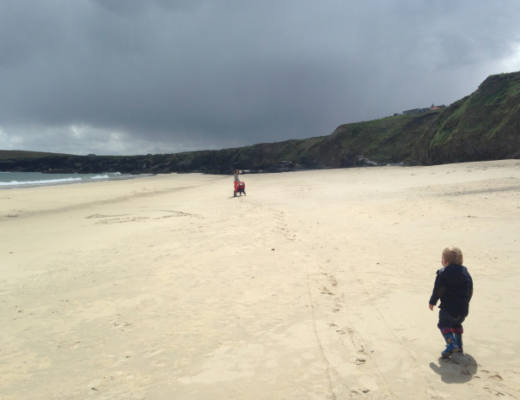 The Isle of Lewis, Scotland 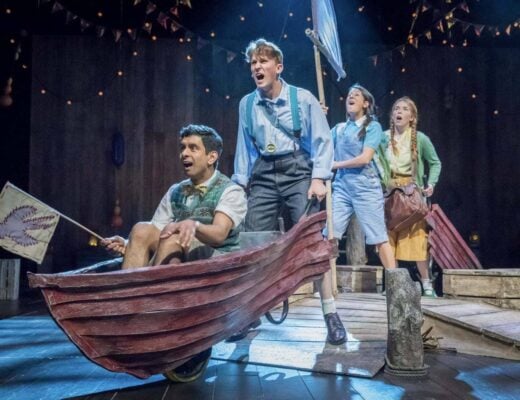 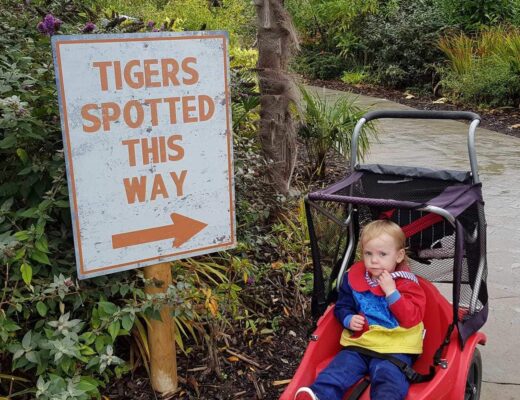 The Enchantment ﻿of Chester Zoo