What a show it was! The Full Monty Stage Show started with a bang and kept going at full pace right until it ended with a bang too!

I laughed a lot throughout which given it includes depression, suicide, divorce and separation from your children to name just a few of the issues it touches upon, is some going.

Cast of the Full Monty Stage Show at Liverpool Empire

The fabulous stage show that was made famous by the 1997 hit film of the same name has an all star cast.  The show is led by Gary Lucy (of Hollyoaks fame to many, but to me I know him from far too many series of Footballers Wives) along with Andrew Dunn as Gerald (best known as Tony in Dinnerladies and for his regular appearances playing Alastair Campbell in Bremner, Bird & Fortune), Local hero Louis Emerick ( Brookside) as Horse, Joe Gill (Finn Barton in Emmerdale) as Lomper, Kai Owen as Dave (Rhys in Torchwood & Pete in Hollyoaks) and James Redmond (Finn in Hollyoaks & Abs Denham in Casualty) as Guy.

They are the perfect mix. They bounce off each other and their support for each other grows as the story progresses. You empathise with each and every tale that is told and you are willing the characters along, even though you really do know what is going to happen.

What happens in the Full Monty?

If you’ve never seen the film, and I believe there may be some people who haven’t. Probably those of you younger than me, the plot goes roughly like this:

Six out-of-work, impoverished steelworkers from Sheffield with nothing to lose take their local community by storm and rake in the cash by learning to dance and taking off their clothes.  There are a couple of stunners but others that aren’t. They are misfits who all have issues of their own that come together and overcome them.  All issues are handled with humour but not dismissed and for some reason it works. It’s a hilarious and heartfelt production has received standing ovations every night and even features the iconic songs from the film by Donna Summer, Hot Chocolate and Tom Jones.

How does the Full Monty Stage Show compare to the film?

It’s tricky to answer the question as to whether the Full Monty Stage Show compares to the film well or not? It’s frighteningly around 22 years since the film came out and probably around 10-15 years since I last watched it. So whilst I can remember the story well enough time has passed for me not to remember the intricate details.  In my opinion the Full Monty Stage Show was pitched just perfectly and I loved it, so the answer to that question is that it compares well, certainly to my time addled brain.

I’d also say that the lively happy audience agreed with me, as the laughter and smiles were clear to see.

Yes they do do the Full Monty in the Full Monty Stage Show but it is really discreetly done. As it’s the moment you know is coming throughout the show you do wonder whether you’re actually going to see anything at all, but please don’t worry it’s a fab moment.  You won’t be offended but you shouldn’t be too disappointed either. 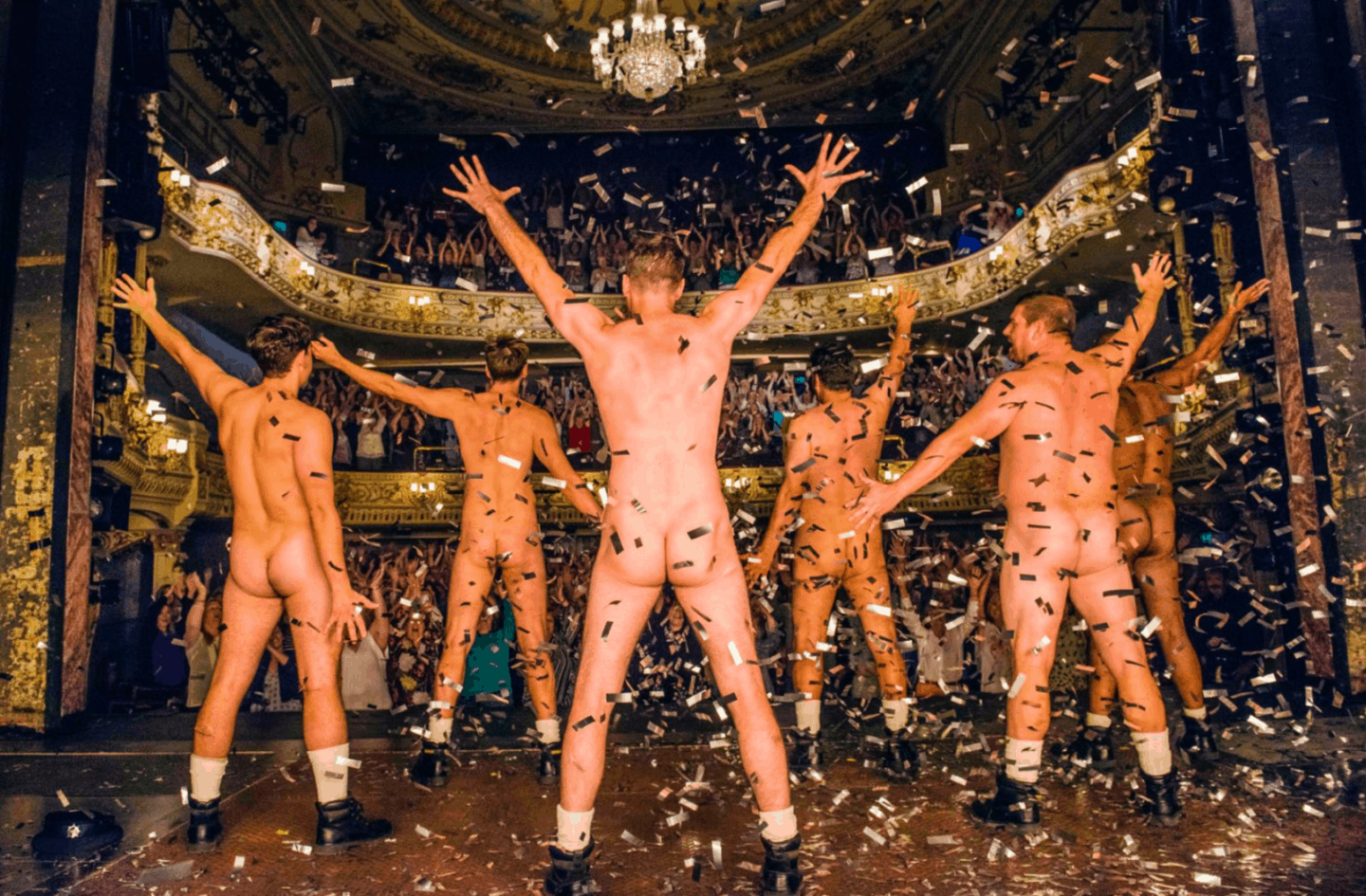 Would I recommend the Full Monty Stage Show?

If you haven’t realised it already from the fairly gushing review. Yes absolutely. I would absolutely recommend watching the Full Monty Stage Show.

You can read a further review of the Full Monty Stage Show from Extraordinary Chaos.

It was a fabulous show, I laughed so much my throat was sore! It really is worth a watch.