Yesterday I didn’t want to get dressed and, happily, for much of the day I didn’t have to; my first job of the day was to attend a gorgeous event in partnership with Wirral Libraries and The Book Trust. It was PYJAMARAMA day and, as such everyone was required to attend in their PJ’s…WINNER!! But, essentially what that meant was that all I really wanted to do for the remainder of the day was to drink bucket loads of tea and read snuggling up under a duvet. The weather was pants, the house was my own for the first time in over a week and frankly after I fancied a delicious dose of silence. Heading out to Liverpool in the wind and rain somehow wasn’t very appealing but, buoyed by the prospect of an evening with my mate Hil (who is a redlip wearing, sexy shoe loving absolute tonic of a human) coupled with the fact that she was driving and the fact that we had tickets to press night of The Comedy about a Bank Robbery; go we did.

Well- at the risk of writing the shortest review known to man, I could simply say;

This is absolutely THE best thing I have seen this year. If you only see one thing, make it this.

But; that seems slightly lazy so, let me put some flesh on those bones. The Comedy about a Bank Robbery was written and created by Mischief Theatre, the team behind The Play That Goes Wrong amongst others. The story is based around a planned bank robbery in Minneapolis in the 1950’s a time when thanks to a new road network and police corruption, the saying was, everyone in this town is a crook. . I don’t want to give too much away but, in brief, everyone is somehow conning or double crossing everyone else and the confusion this causes is the foundation of the show. There’s a bank, a diamond and a girl who has more dates than I’ve had hot dinners!

From the very first scene the production is slick, quick and hilariously funny. The cast and crew are incredible. There is physical comedy, super sharp dialogue relays and brilliant singing interludes. The cast are acting, as they dance as they move the set and they never once drop the ball. I LOVED IT. The audience were laughing almost constantly and I- annoyingly, was often still laughing long after the joke had passed and they were delivering the next. It is a masterclass in comic acting and Hilary and I were laughing til we cried. The actors never get a minute- they must be absolutely shattered at the end of every performance! 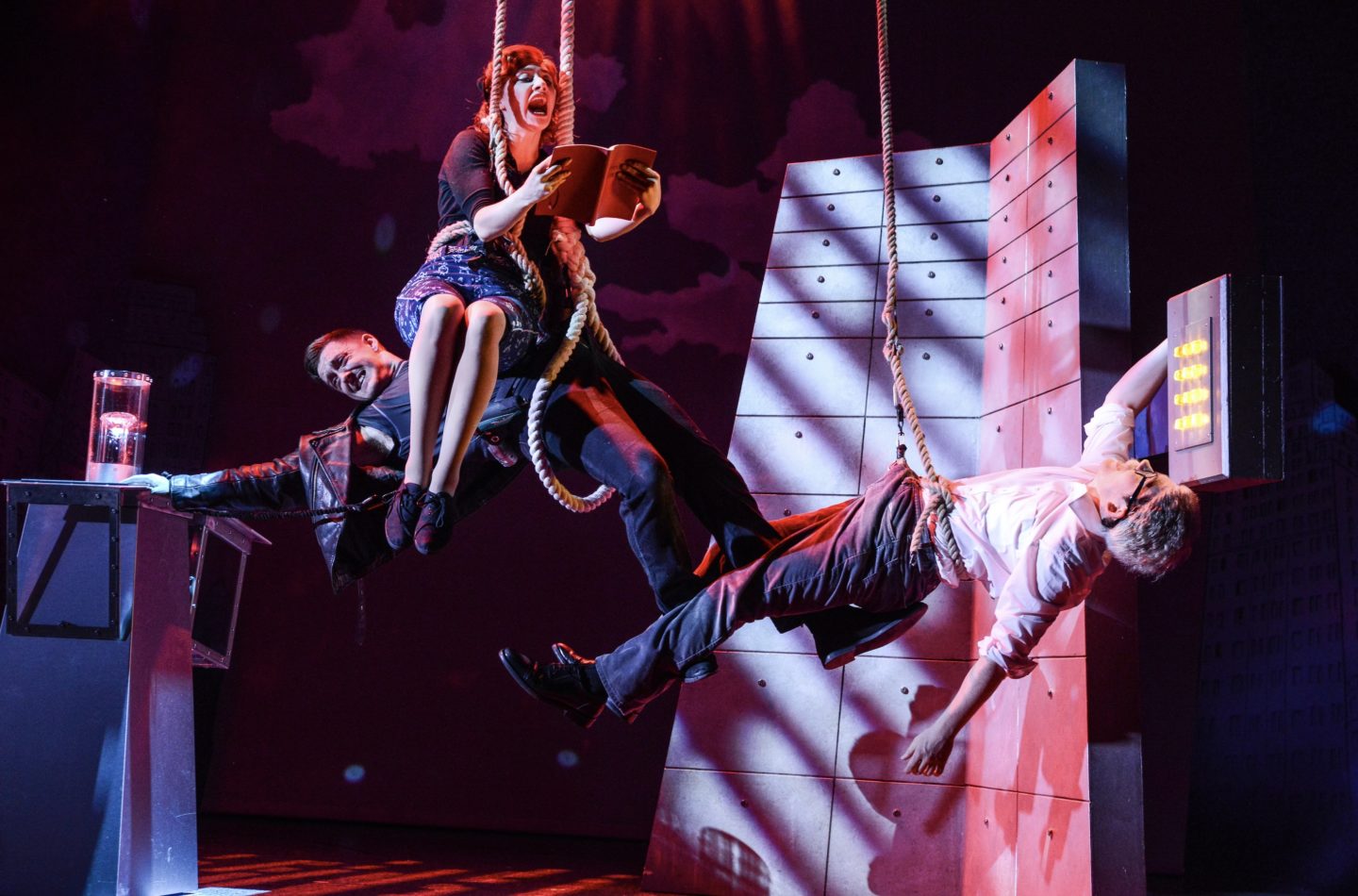 Two of the cast, Julia Frith (Caprice Freeboys) and George Hannigan (who plays several parts!) are making their professional debuts- you would never know, there wasn’t a weak spot between themI am sad to announce that Liverpool is the last stop on their UK tour but, they have a whole host of other productions going on and, based on this one I would strongly recommend you (and I) buy tickets to anything that the Mischief Theatre do in the future. They’re fresh, funny and exciting. Go!

Editor NB: I can also confirm this is a great one for children from about 10 as my nephew saw it last year! Here’s another review of The comedy about a Bank Robbery.

Why not PIN this post to save it for later?