We were invited to watch Dirty Dancing the Musical at the Empire in Liverpool last night. Unfortunately for the theatre it clashed with a massive game for Liverpool Football Club so it wasn’t a full house which I think does have an impact on the atmosphere, this isn’t a complaint just a case of clashing dates.

Dirty Dancing is a true classic, certainly from my era, and I don’t know anyone of my friends who can’t quote lines from the film – so we were in for a good night!

I’m not going to go through the story, but I will say that Dirty Dancing the Musical follows the film very closely. It has all the great quotes including “I carried a watermelon” and “Nobody puts Baby in a corner” and 35 hit songs covering anthems such as “Hungry Eyes”, “Hey Baby”, “Do You Love Me?” and the heart stopping “(I’ve Had) The Time Of My Life”.

Penny, played by Simone Covele, stole the show for me, her dancing was simply phenomenal. Kira Malou who played Baby and Michael O’Reilly who played Johnny did a great job in pulling off such well known roles but maybe didn’t have quite the same chemistry as Jennifer Grey and Patrick Swayze – but I think that would be very hard to replicate. Lizzie Ottley playing Lisa (Baby’s sister) provided the comical balance to her sister. 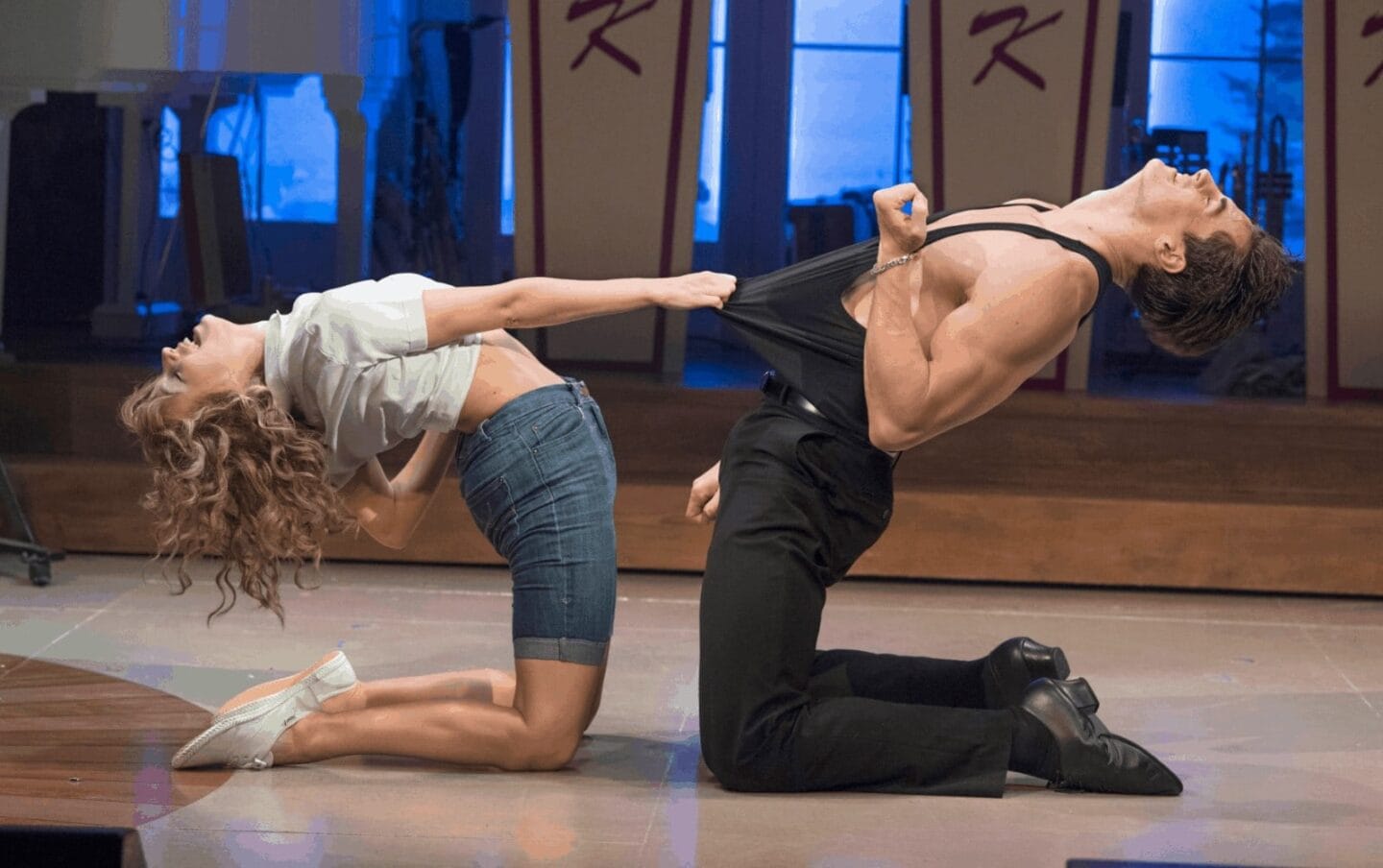 As always at the Empire, the stage set was superb. With the use of a screen and projection the cast were able to re-enact some of the outdoor scenes very cleverly – and to funny effect, particularly the water scene practicing the lifts. The shifting scenes really did manage to replicate many of the film scenes by showing the cast walking through Kellermans in a clever way, supported by great costumes, lighting and music it created a fantastic show.

Just on a point of guidance: there were some quite raunchy scenes, even a bare bottom and they definitely showed the intent of an ‘adult relationship’ so if you are thinking of taking children, do bear it in mind ;-).  Dirty Dancing the Musical does carry a 12+ guidance.

We really enjoyed Dirty Dancing the Musical and I am used to there being a tremendous atmosphere at the end of shows like this, where the audience are up on their feet dancing and the music keeps coming. This didn’t really happen on this occasion – although we were up on our feet, but as I mentioned previously I think this was down to people being distracted with football. I am sure that on other nights the crowd will do Liverpool proud!

Dirty Dancing the Musical is on at Liverpool Empire until Saturday 11th May , for tickets click here:

The shows is currently on a UK tour, to see if it is coming to a town near you check out the website.