This week they boys and I took a trip to the Lowry to see the Chitty Chitty Bang Bang stage show. The show features a number well known television stars – Jason Manford as Caracatus Potts, Charlotte Wakefield as Truly Scrumptious, Claire Sweeney as Baroness Bomburst and Phill Jupitus as Baron Bomburst, as well as the amazingly talented Jos Vantyler as the creepy Childcatcher and Andy Hockley as the adorable Grandpa Potts. 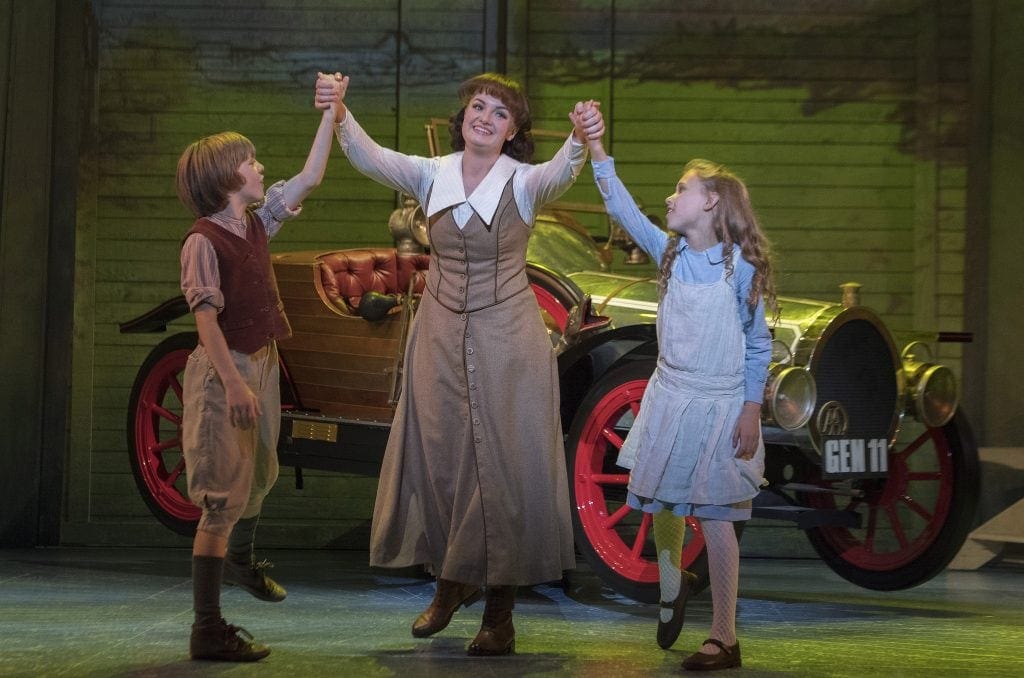 The boys, big fans of the film, were positively bursting with excitement in the run up to the show (probably not helped by the fact I’d allowed them to share a family bag of m&ms as we’d arrived ridiculously early!) I’d anticipated a long journey during rush hour to Salford but fortunately the traffic was relatively calm and the parking at the Lowry is very easy and reasonably priced. At the car park there is the option to pay on arrival meaning you can get a quicker getaway from the venue after the show has finished. We wandered into the theatre and had some snacks and drinks from the cafe and 15 minutes ahead of the start time we were able to go into the theatre. The stage was set up with a scene of the outside of the windmill where the Potts family live and the windmill sails rotated. They boys squeals of delight attracted some glances but people seemed to enjoy their enthusiasm. We settled into our spacious seats in the stalls and waited with eager anticipation for the show to start. 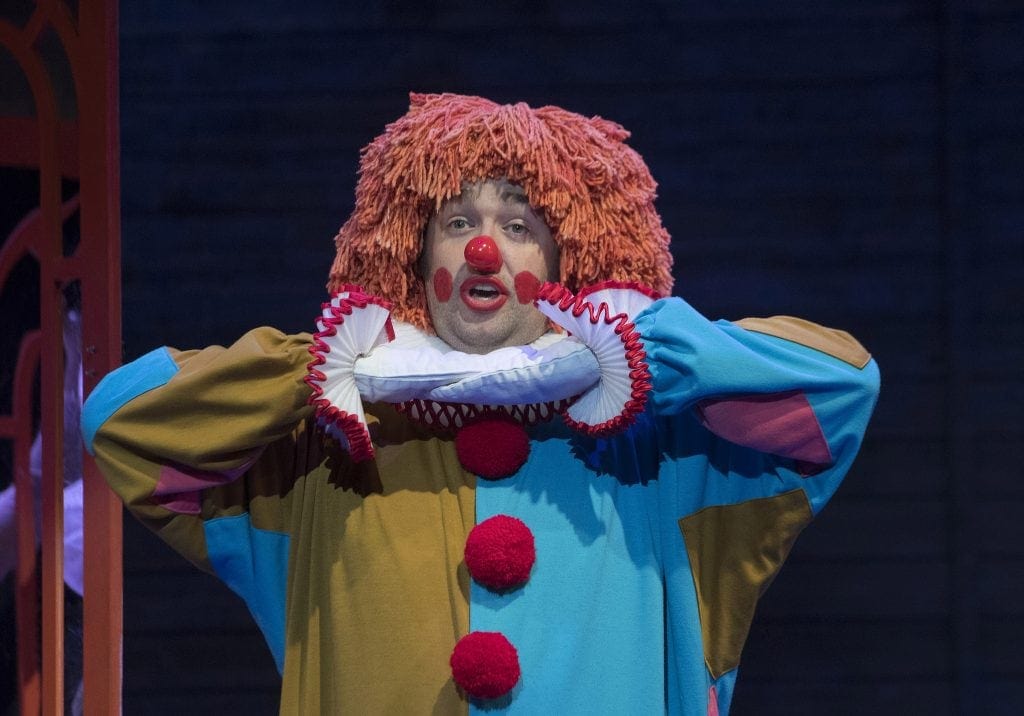 I don’t want to give away the secrets of the show, that would spoil the fun. True to the original story the characters are instantly recognisable and have the same quirks as the original characters. More importantly for us the songs were the same, meaning the boys could sing along. The storyline had some adaptations to make it more suitable for the theatre, but in my opinion I liked this better than the film. I particularly loved the characters of Boris and Goran, two Vulgarian spies, played by Sam Harrison and Scott Paige. They are brilliantly talented and provided many laughs. And who doesn’t love a flying car that only obliges if you are polite to it? Jason Manford’s performance as the loveable and slightly crazy inventor was flawless which is no mean feat given the demands of the singing and dancing that the role involved. 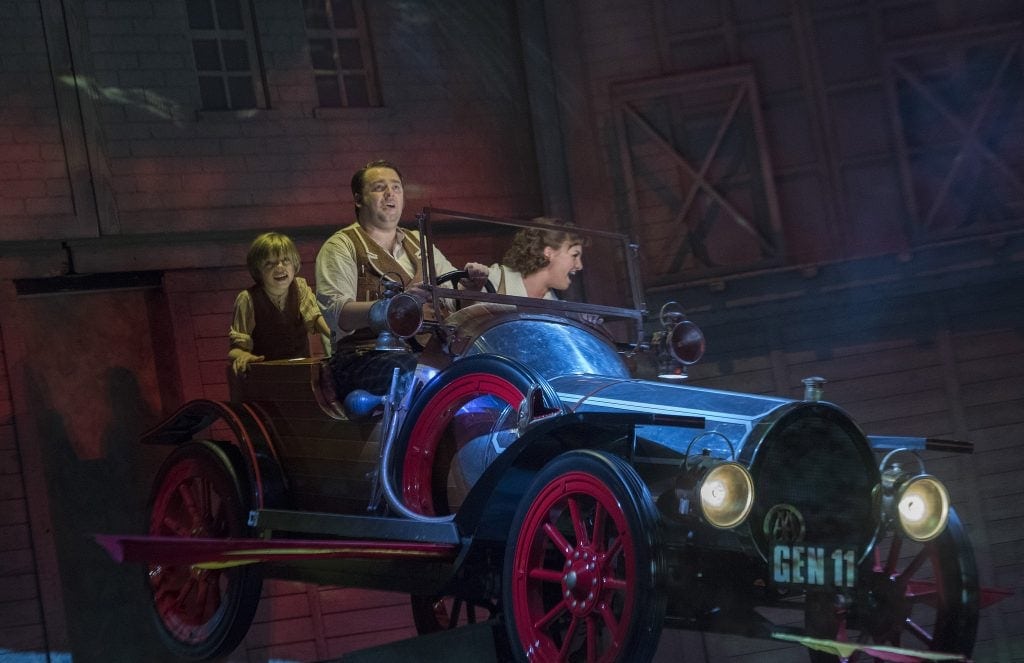 Having not visited a stage show on this scale for a long time, we were wowed by the quality of the set, the costumes and the perfection of the singing and dancing routines. My eldest attends drama and dancing classes and at the interval when we were talking about our favourite bits so far, he looked at me and said “I like the children best [Jeremy and Jemima]… How do they remember all those lines? They are amazing!” I have to agree with him, the child actors were superb and every bit as good as the adults.

If you are looking for a show to see this Christmas I can thoroughly recommend Chitty Chitty Bang Bang. The show is quite long, about 2 hours 20 minutes in total, so if you have younger children I would recommend and earlier performance. The night time show that we saw started at 7.30pm and was finished just before 10pm, so in all honesty it was too late for my two age 6 and 4, but the pace of the show kept them enthralled despite the bags appearing under their eyes!

For 2017 The Lowry has a number of exciting shows for kids such as The Addams Family, Running Wild (a Michael Morpurgo novel), The Gruffalo and Elf the Musical, and more. After such a great experience we’ll definitely be heading back to the Lowry for one of these next year.

NB: Emma and her family received complimentary tickets to see Chitty Chitty Bang Bang however all views and opinions are her own.