Is it worth going for a Rainy Day at Drusillas Park?

Our long awaited half-term trip to Drusillas Park did not disappoint. Amelia (7), Florence (5) & Nancy (2) were joined by friends, three brothers of the same age, which added to the excitement. All six children had a fun filled day and I had a friend to chat to over a Starbucks while the children enjoyed the rides.

Our day at Drusillas started with some zoo-olympics, which is the Park’s creative approach to encouraging their younger visitors to get active and learn about the animals around them. We picked up our zoo-olympic Challenge Record Books; remember to take a pen with you, or you will need to pop to the gift shop to buy a pencil. There was also an animal spotting game available, but we stuck to the zoo olympics, where the children got to test their skills against a number of animals; Do you weigh as much as a warthog? (I can confirm I do!), How long can you ‘hang on’ like a monkey? How loud can you shout? Surprisingly our 6 children were not as loud as a blue whale, despite their best efforts… and our favourite; How fast can you run? After numerous attempts, we could still not catch up with an elephant! The activities are scattered around the zoo, and once complete, you can collect a certificate. 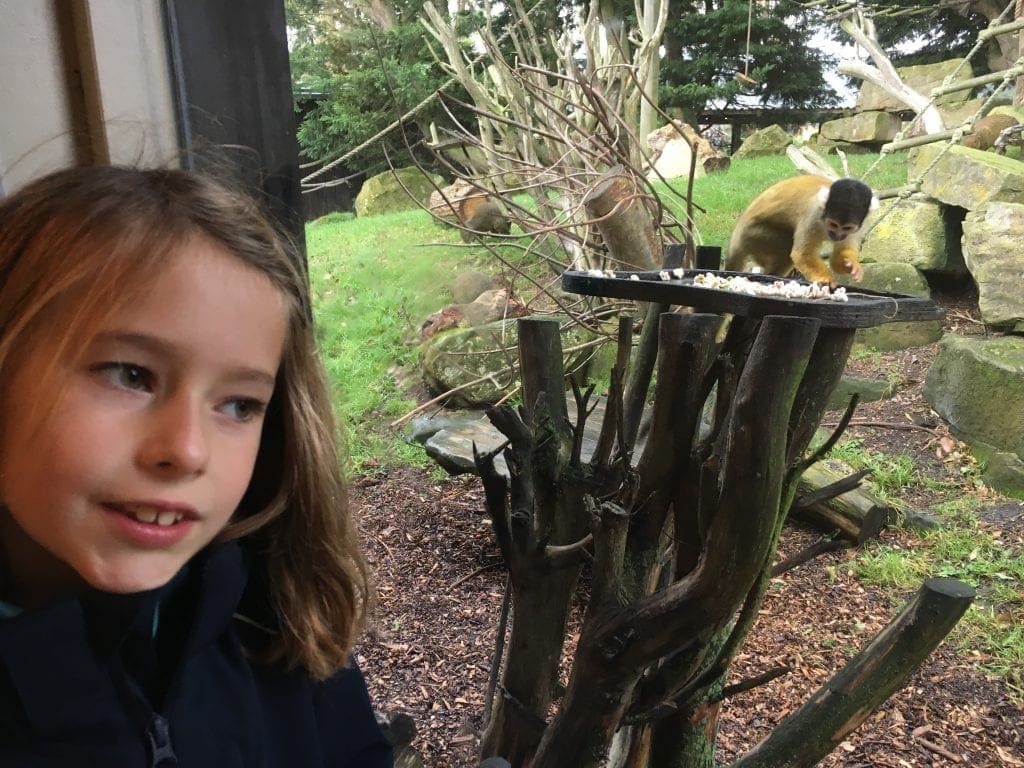 In between our olympic-efforts we saw some wonderful animals including some cheeky capuchin monkeys, sleepy two-toed sloths, playful rockhopper penguins, and elegant pink flamingoes. Drusillas Park really excels at interactive learning; there are endless buttons to press, flaps to lift and wheels to spin, to uncover fascinating facts about the animals who live there.  Our youngest really enjoyed toddling around the farmyard area with its goats, pigs, cows and chickens. The Discovery Centre was playing host to some amazing creepy crawlies for Halloween, and as my special (trick or) treat I held unusually beautiful black cockroach.

There are lots of benches for picnicking at Drusillas but only a few that had shelter. We weren’t very lucky with the weather on our trip, so rather than eat a soggy sandwich in the rain, we stopped for lunch in the Explorers cafe. Sadly we weren’t the only ones, so the cafe was bulging at the seams. However, having being told there would be a 5-10 min for a table it was actually less, and being a buffet style restaurant we did not have to wait for our food. Given the number of people in the restaurant it was all surprisingly easy, and friendly staff helped carry trays and provide jugs of water for our large party. They have a good range of children’s meals and adults options, all reasonably priced. The staff did a remarkable job of showing people to tables and efficiently clearing the scenes of devastation left by hungry small diners. 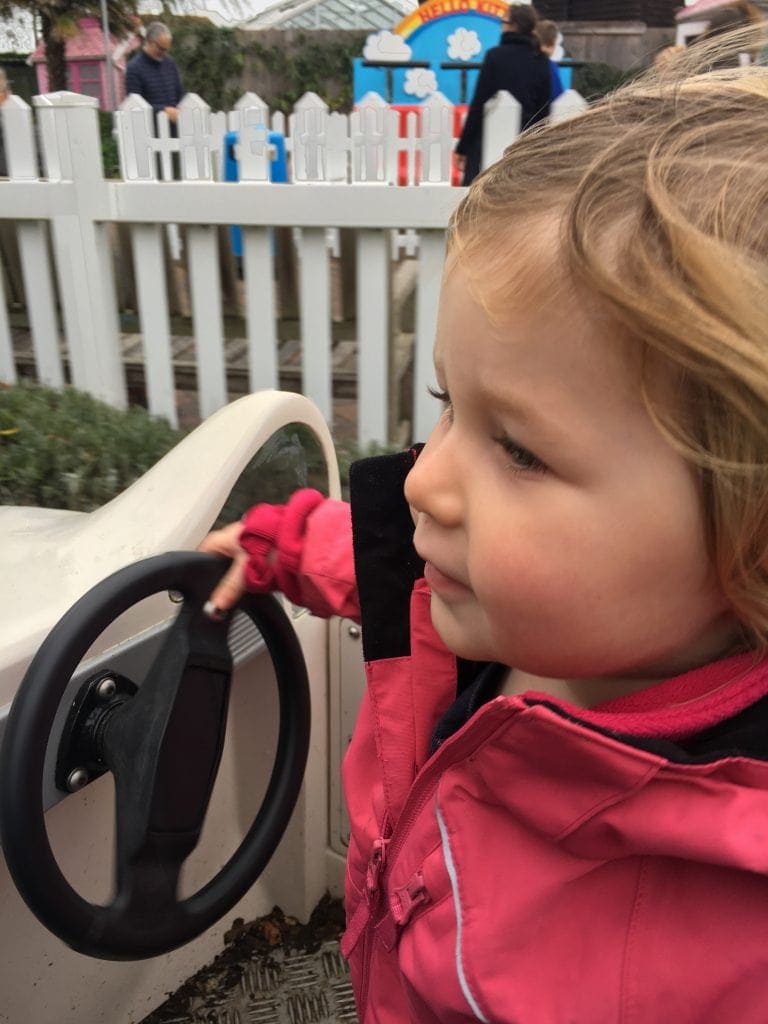 After lunch we went to explore the rides, there are not a huge number, but the lack of queues meant the children managed to go every ride twice and by the end were happy running between rides with us keep a watching eye. There were lots of rides even our under 90cm toddlers could go on (although accompanied), and many more that our 5, 6, 7, and 8 year olds enjoyed going on without us. The children all enjoyed the large indoor soft play and outdoor climbing areas. There is an outdoor wet play area that they would have enjoyed in sunnier weather, and a little train that periodically chugs around the park.

Being Halloween, a mummy had escaped in the maze… the children charged in, perhaps a little too eagerly, and the 6 year was rather taken-a-back when he suddenly found the mummy, as I think the mummy was probably a bit shocked by a screaming six year old! However, once the shock had subsided the maze seemed to add to excitement of the day… and we headed back to the relative tranquility of Hello Kitty World to ride the teacups once more!

NB: We were invited to Drusillas to review, but all views and opinions are my own. Thank you Drusillas for a great day out.