Children love football. Or so it seems from my experience as a mother of two primary school children. Some children live and breathe football and are never too far from a ball. Others will enjoy watching football, supporting a team, or swapping football stickers. Even if none of the above apply, they are more than likely to have a friend or relative who are interested in football. Footballers are household names amongst primary school children, and families are united through their support for a particular team. I have met children as young as five who have an incredible knowledge of geography simply from knowing where football teams are from. They may have little interest in school reading books but they can read match reports, draw their clubs emblems, and pronounce some very complicated players’ names. When children have a passion, their ability to learn facts and figures about their chosen subject is amazing. For many children football is their passion. With this in mind, it suddenly became apparent to me that the Premier League had a fantastic opportunity to support primary school education. 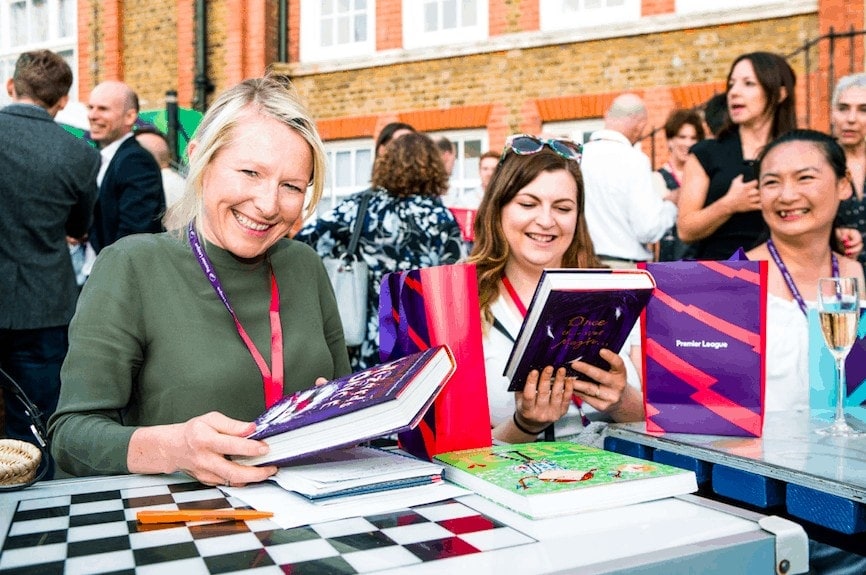 The Premier League launched their Primary Stars education programme a year ago, setting themselves a target of reaching 10,000 schools by 2019. They have smashed this target, working with an incredible 15,000 schools to date. The scheme offers practical educational resources as well as players, coaches and ambassadors offering hands-on support in schools. It may not be surprising that the Premier League are very proud of their headline results, but it was the individuals stories of success which were met with the most pride. We heard from the head of  a school in a deprived area of Leicestershire, about how reluctant readers, and children struggling with truancy were inspired to love learning and school again.

There are 101 football clubs involved in the scheme so many school across the UK can benefit from the support of their local team, helping children to identify and connect with the players, who may be from a similar background as themselves. You may be as surprised as Wayne Rooney himself to witness him taking a maths lesson in the Everton changing room, but this video on www.PLPrimaryStars.com is definitely worth a watch for the expressions of joy and amazement on the children faces.

Premier League Primary Stars had me at the mention of free books, but there is an extensive range of educational materials available including free sports kit, motivational certificates and stocker, curriculum based materials for PE, maths, English and PSHE, and lesson plans that include equality and diversity, self-esteem, reliance, team work and fair play. The website (www.PLPrimaryStars.com) is packed full of resources including as well as inspiring videos featuring children’s favourite players. I was also delighted to discover the resources for families on the Primary Stars website, where the famous commentators Jim Proudfoot and Jacqui Oatley commentates interactive digital maths and english games. 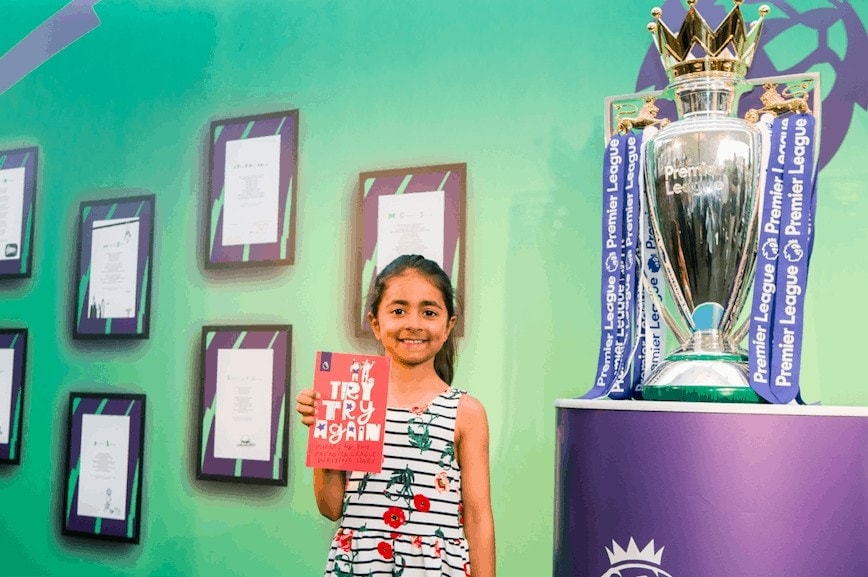 This year, the Premier League Primary Stars ran a poetry competition, and invited children to write poems based around the concept of resilience. The judging panel included acclaimed children’s authors and illustrators Lauren Child (Charlie and Lola) and Cressida Cowell (How to Train a Dragon). Each spoke with passion about the importance of inspiring children to express themselves through the writing. An overwhelming 25,000 children were inspired to put pen to paper and bravely and hopefully submitted their entries. The entries have been published in the the Premier Leagues first ever poetry book titled ‘Try, Try Again’, alongside poems written by Premier League stars, children’s tv presenters and authors. The winners of the competition had the great pleasure of having poems read aloud to the audience by Lauren and Cressida, which were met with enthusiastic, and quite emotional, applause.

Premier League Primary Stars themselves have four key values; be inspiring, be connected, be ambitious and be fair, which highlights why this programme is so important to them. Richard Scudamore, Chairman Executive of the Premier League, spoke about their desire to enrich children’s lives and raise their aspirations, describing Primary Stars as the best thing they had ever done.

Oh my word, what an amazing experience for these children! The faces of the children in the video, when they met their maths teachers were priceless. What a great programme to take into schools.