As a family, we are keen fans of the Dukes Theatre productions and over the last few years we have enjoyed several performances in the fabulous grounds of Williamson Park which have all been fantastic. Following the advertisement of this year’s festive production we were very keen to attend to (a) enjoy what we knew would be a fantastic production and (b) so that we could witness ourselves what a production was like within the Round itself.

NB:: We received tickets to see Peter Pan but all views and opinions are our own.

This year’s festive production is J.M Barrie’s Peter Pan, which we knew would be told in the unique Duke theatre style. 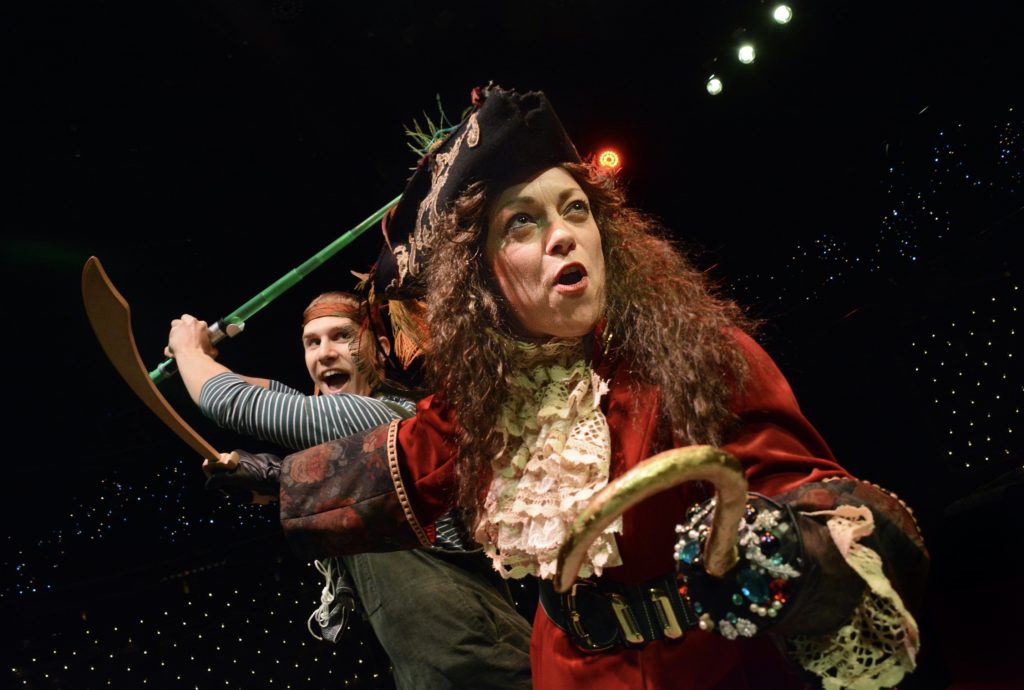 Set within the beautiful city of Lancaster the theatre is a cosy round playhouse with a café and bar on site. The café was advertising meal deals and there seemed to be plenty of people enjoying those offers with what I believe is a menu filled with decent food choices. There is plenty of paid parking around the theatre meaning only a short walk to the theatre itself. One important point to note is that the car park only takes cash therefore please ensure you have plenty of change on you to avoid having to find on street parking which can be quite difficult in
Lancaster.

Upon entrance to the theatre it became apparent very quickly that this would be an intimate performance and one that the children would be actively engaged in. The theatre itself has a central performance area so the audience are all sat circled around the actors meaning that you can really look into the characters eyes and get a feeling of the emotions they are portraying and almost feel a part of the show. The show is incredibly energetic and the production is very clever adding a different style and dimension to this classic fairy-tale. Sarah Punshon (artisitic director and writer) manages to gather the audience into a fantasy world with her re-imagined world of Peter Pan.

Gender assumptions are put to one side and the cast all fulfil multiple roles with ease, costume changes carried out with ease concluding with a five strong cast morphing from character to character fluidly and energetically. The show utilises the space of the theatre really well and the key consequence of the intimate setting is that the children very much actively get involved with the production with some even shouting out and creating laughter within the audience and the actors during the performance itself. We particularly enjoyed some of the highflying stunts and some great songs, which were performed very well.

Overall, it was a great show and we all walked out happy and safe in the knowledge that the Round is one of the best small playhouses in the region. Next time we will also be sure to get there early and soak up some of the pre-show atmosphere. Well done to everyone
involved and particularly well done to Jason Patel (who played Tinkerbell) in his first professional performance and what a performance that was! 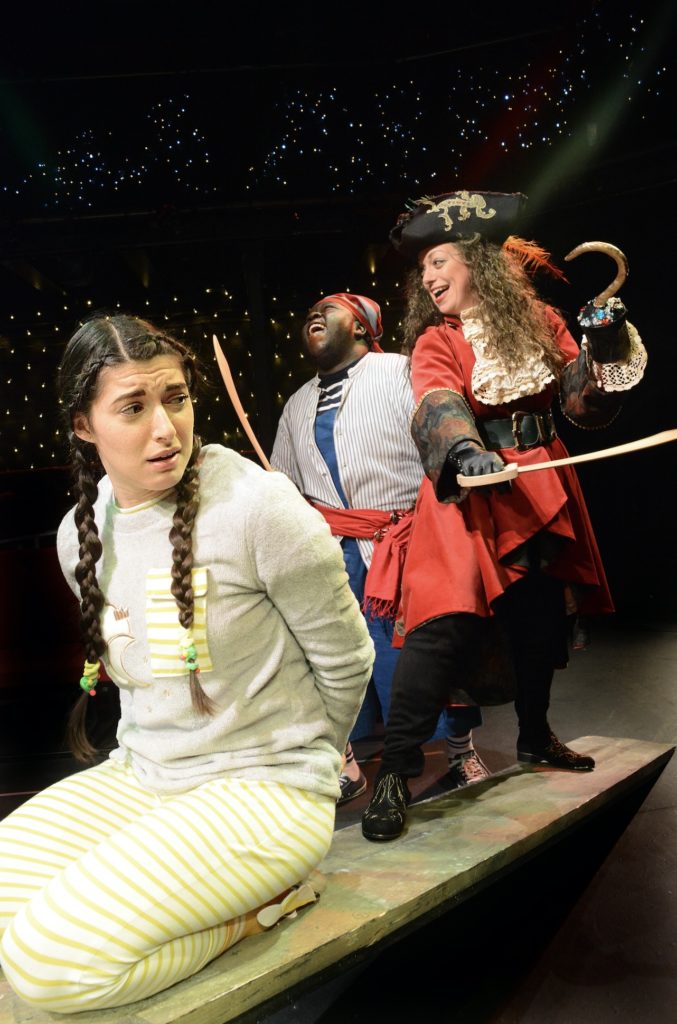