Combine Disney, Ice Skating and Liverpool’s M&S Bank Arena and what have you got?

In this situation, you’ve got a 3-year-old who wants to be an ice skating Disney Princess, now 🙂

You see this wasn’t Dorothy’s first trip to Disney on Ice, it only seemed like yesterday that this photo was taken of her clutching me terrified of the mouse with Big Ears (poor Mickey!) 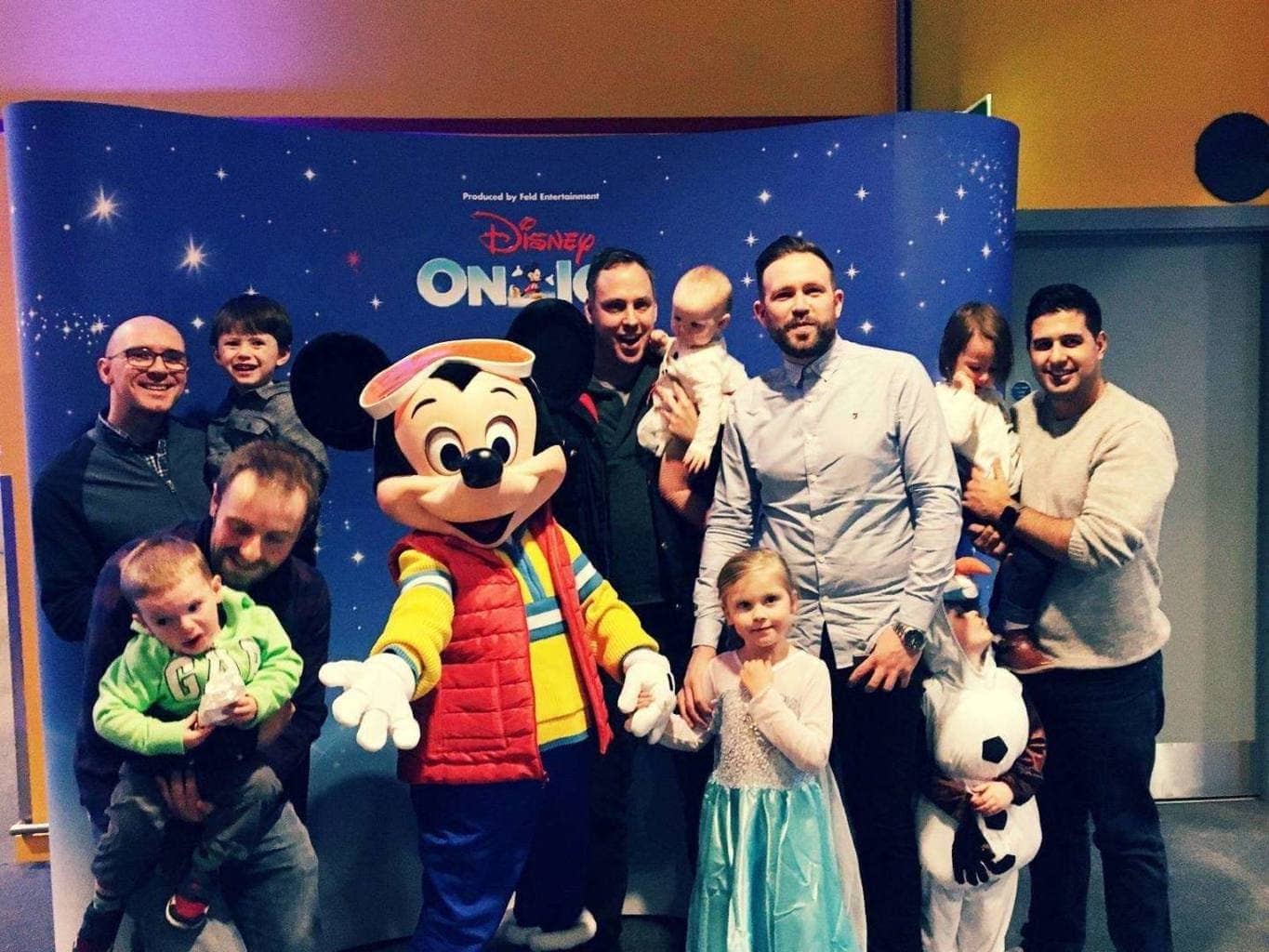 It was an amazing show of lights and amusement that she didn’t really understand at the time but now she’s 3, it’s a WHOLE NEW WORLD!

Dorothy’s not been so well lately and only just gotten over her Chicken Pox so this is just what’s she needed to bring a smile back to her face. Mrs P and Dorothy decided on their Frozen outfits and as soon as we arrived, they looked amazing with the 1000s of others looking their Disney best. Unfortunately, my outfit was in the wash 🙂 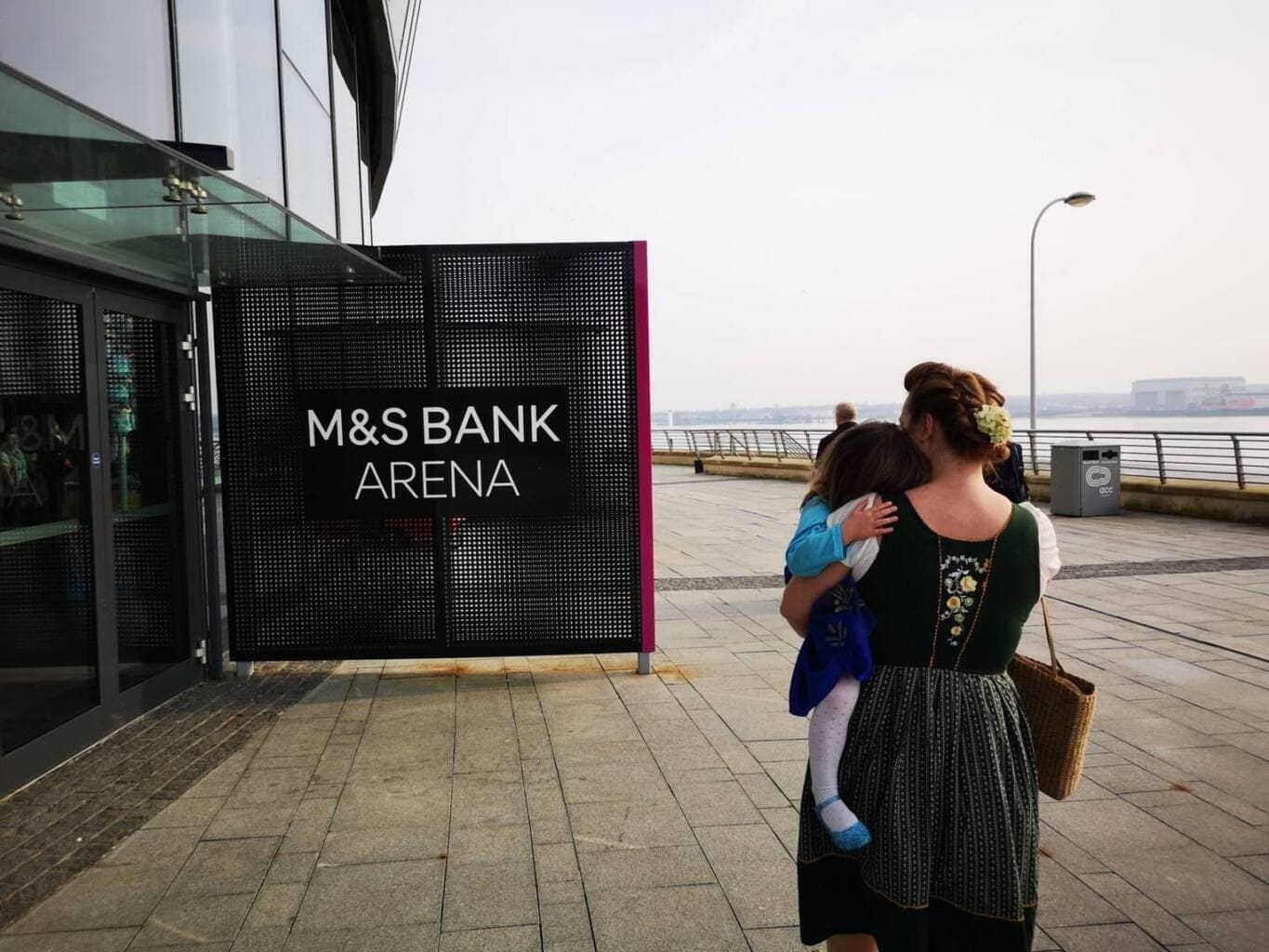 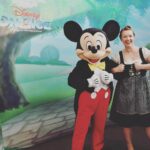 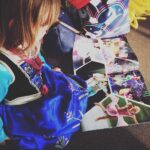 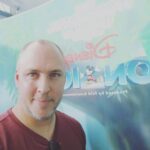 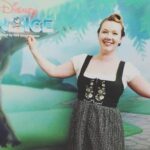 Now that Dorothy is 3, she’s a Disney lover but didn’t really get it until we arrived, saw the lights and of course, the mandatory programme. Now parents who’ve never been, naming every character in the programme is an essential part of the pre-show preparation and of course, Olaf and Frozen were high up on her list! 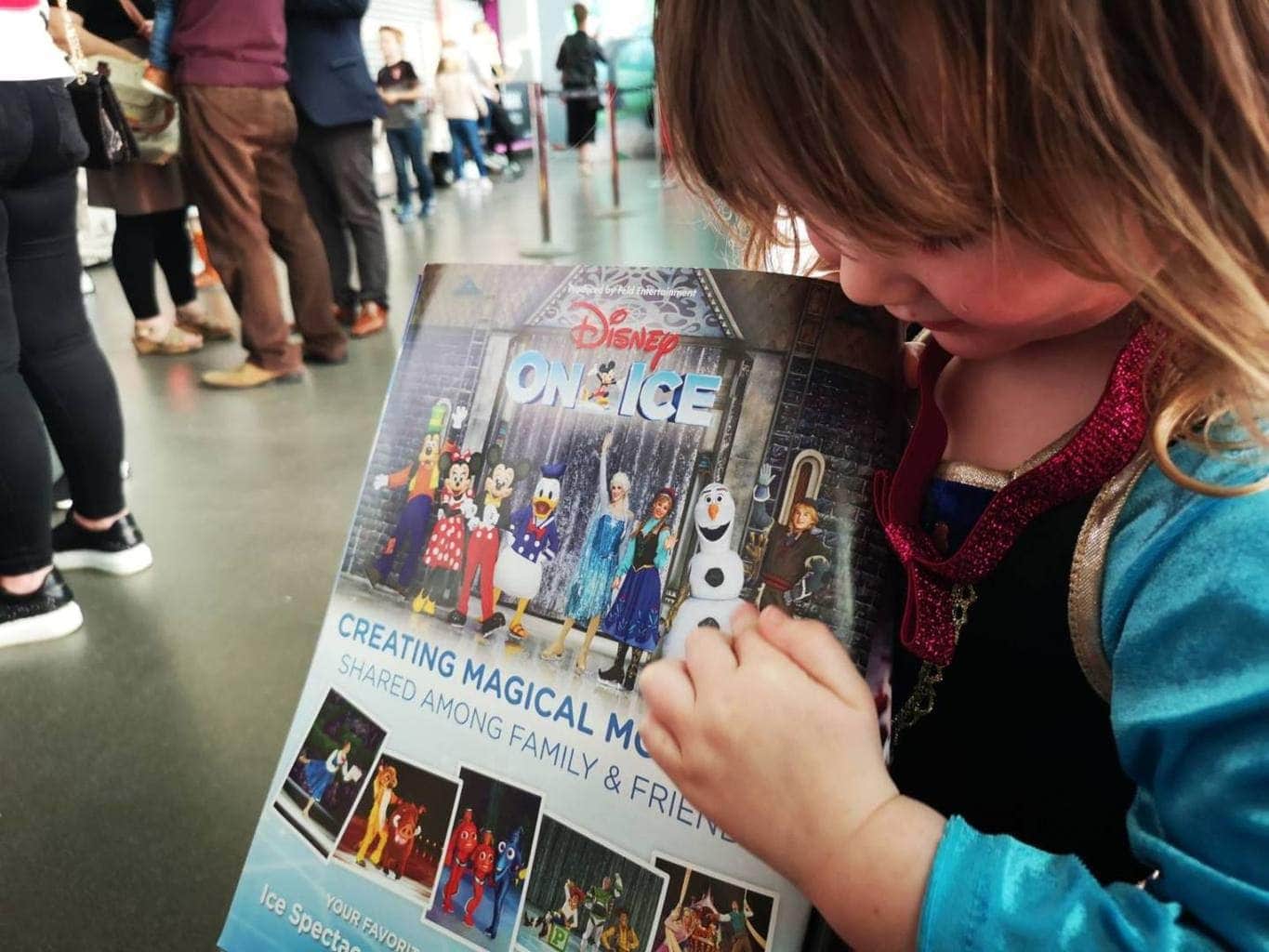 Now I’m not going to give the secrets away from the show as it’s a really magical experience and there were some parents filming it all. That’s not really what this is about, it’s about the theatrical nature of the show, the live action as the characters dance across the ice with lifts and spins to defy gravity!

But for us as parents it’s not just the experience is the enjoyment we see in our children as they watch their Disney favourites do things they’ve never seen before in a spectacular show. The sense of wonder in those eyes makes it all worth while! 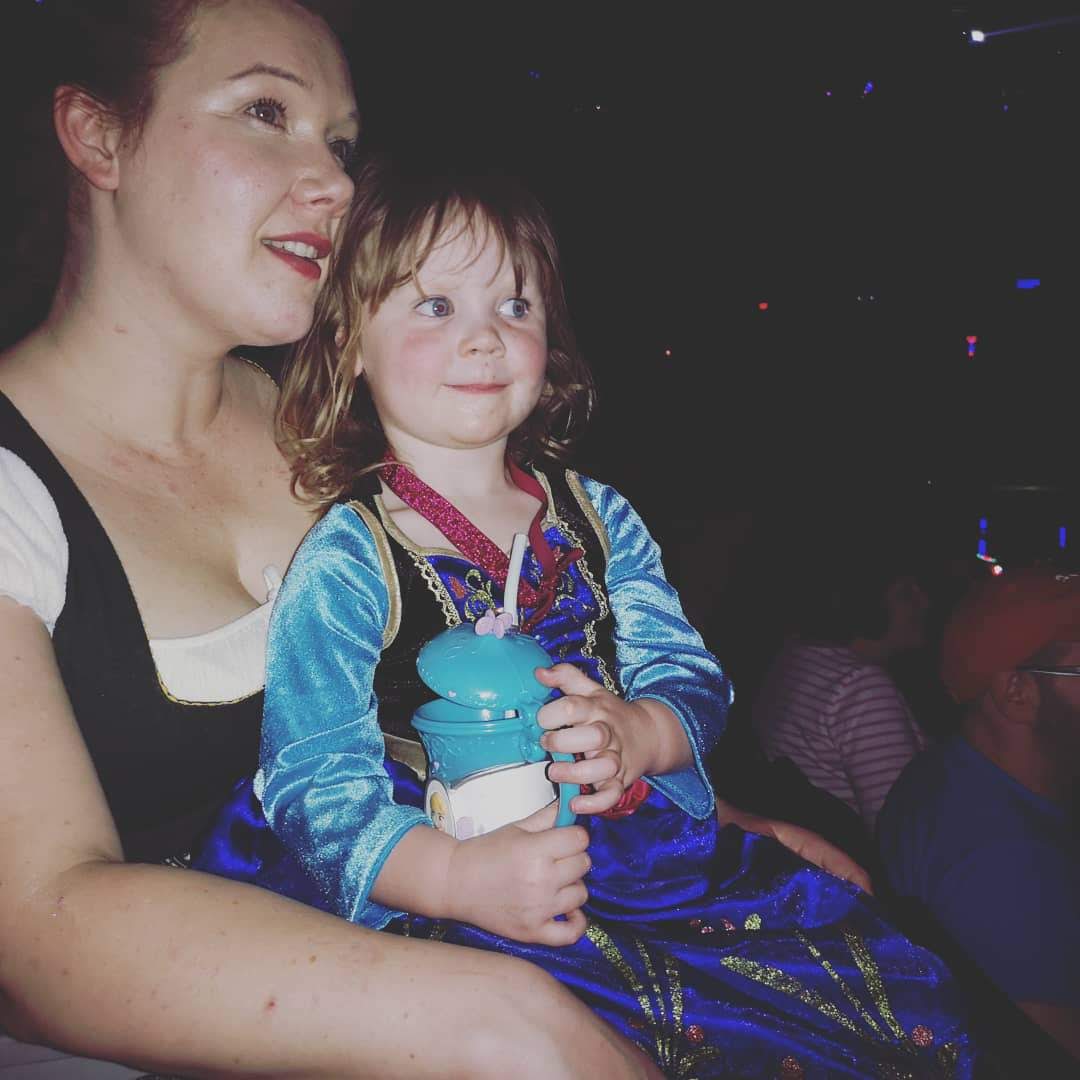 It was also amazing to see Dorothy try and pull off some of the ice skater’s moves. Here’s her copying the leg lift 🙂

Disney on Ice is a show for the dreamers. The children (and adults) with imagination to just live the Disney dream for that one night. Whether it’s joining in the singing or dressing up as your favorite character. It’ll leave you with ideas, dreams and a passion to go and watch the movies again and again. 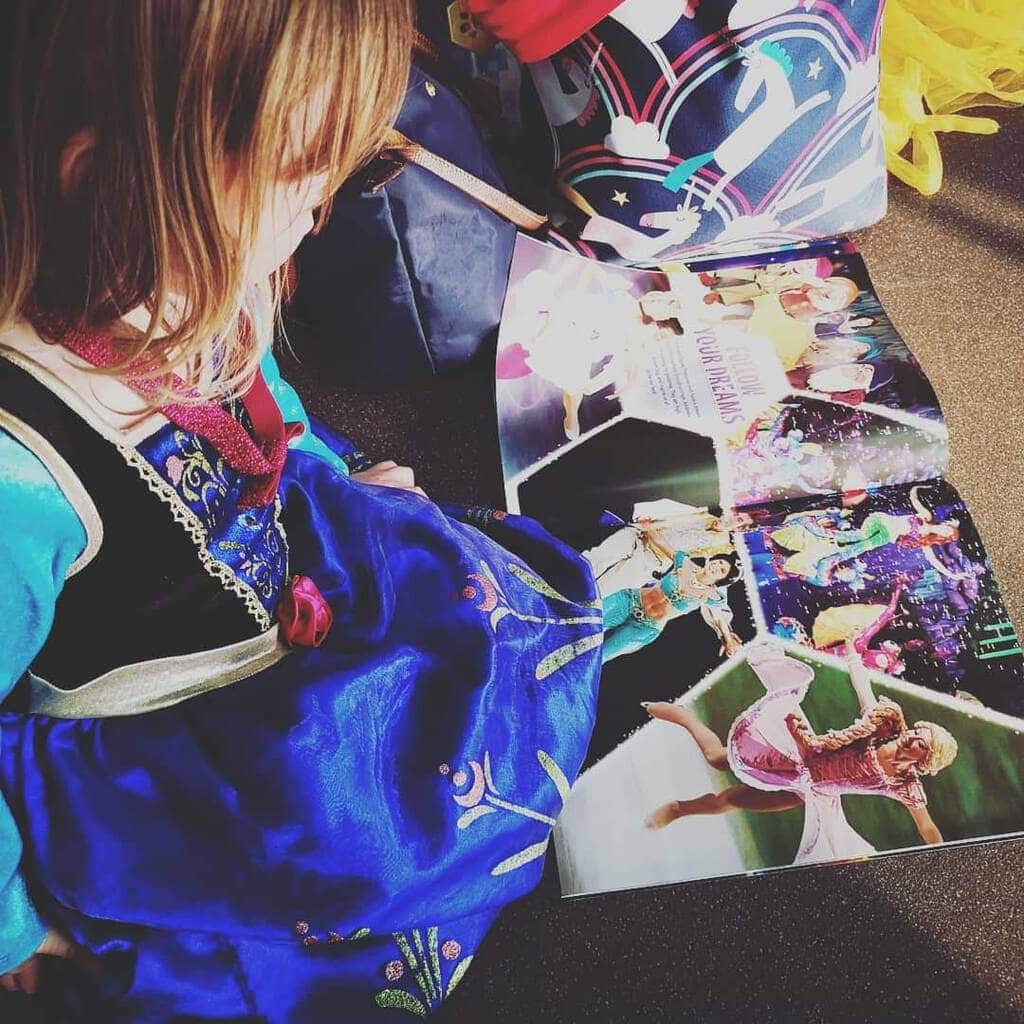 Thanks to Disney on Ice, our daughter not only had an amazing night for the first time in a while and she’s also dreaming of becoming an ice skater and hopefully, a strong, independent, Disney Princess.

Just to add, the heel grab and spin is now in Dorothy's armoury of dance moves :) We had a brilliant time and would highly recommend it.