So this Summer we decided it was time for the girls to learn to ride their bikes without stabilisers.  With a few trips coming up that would benefit from them being able to ride, we decided that we needed to put a bit of effort into them learning.  Prior to this Summer we have always favoured our scooters – they love them, we love them and they are really happy on them so why change.  Well it’s because riding a bike is one of those things, like swimming, I think every child should learn to do.  It’s a skill as the saying goes that once learnt is never forgotten, and it feels like its what my childhood was all about. Riding my bike up and down and up and down the street again – oh and falling off!

I hadn’t realised when we started this process how differently my children would all deal with it.  Would they be #BraveByNature or would they struggle to learn.  Well on the first weekend of the holidays after we got back from Corsica we took the stabilisers off, went out to the field across the road from our house and suggested they ‘had a go’. 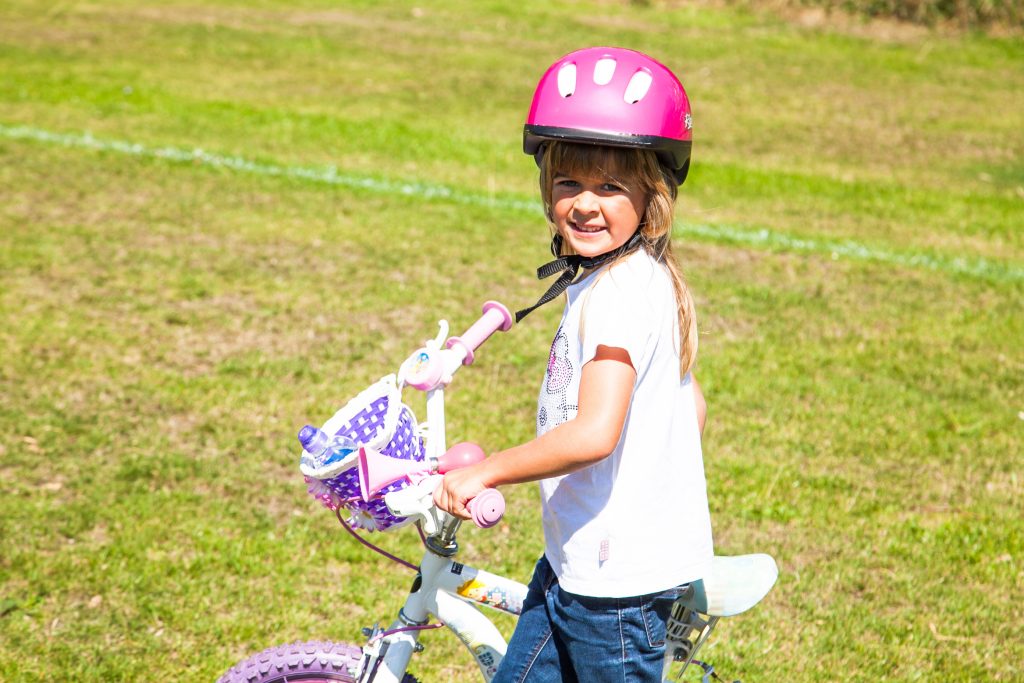 So there was a bit of standing by the bike, a bit of posing for a photo, a bit of straightening of the helmet and a bit of general faffing about – oh and a “I think I need another drink before I set off’ you know that sort of thing….. 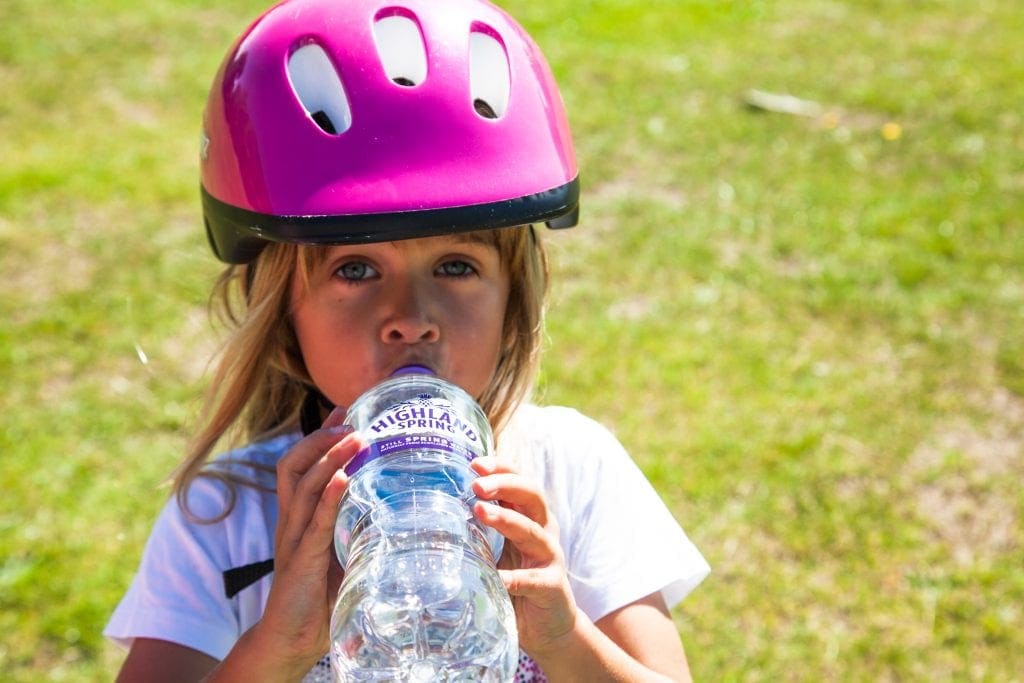 and then Isobel just set off!  She just set off a rode around the field! I don’t have video footage of this moment as I was just totally not expecting it. Maybe I thought, just maybe, leaving it until they were quite a bit older at nearly 6 and nearly 7 had been the right thing to do! Isobel was clearly (about this anyway) #BraveByNature.

So Eve and Lily watched Isobel, and Eve thought ok maybe I can do this.  So she decided to have a go.  Eve took a little more persuading that I should let go but then took off very happily and took to it like a duck to water.  I gave them both a bottle of water to put in their baskets which made them feel very grown up as they cycled around a largish field and stopped every now and again for a breather and some more water.  The 300ml sport bottles of Highland Spring are the perfect size to pop into their school bags when they head back to school in September too. 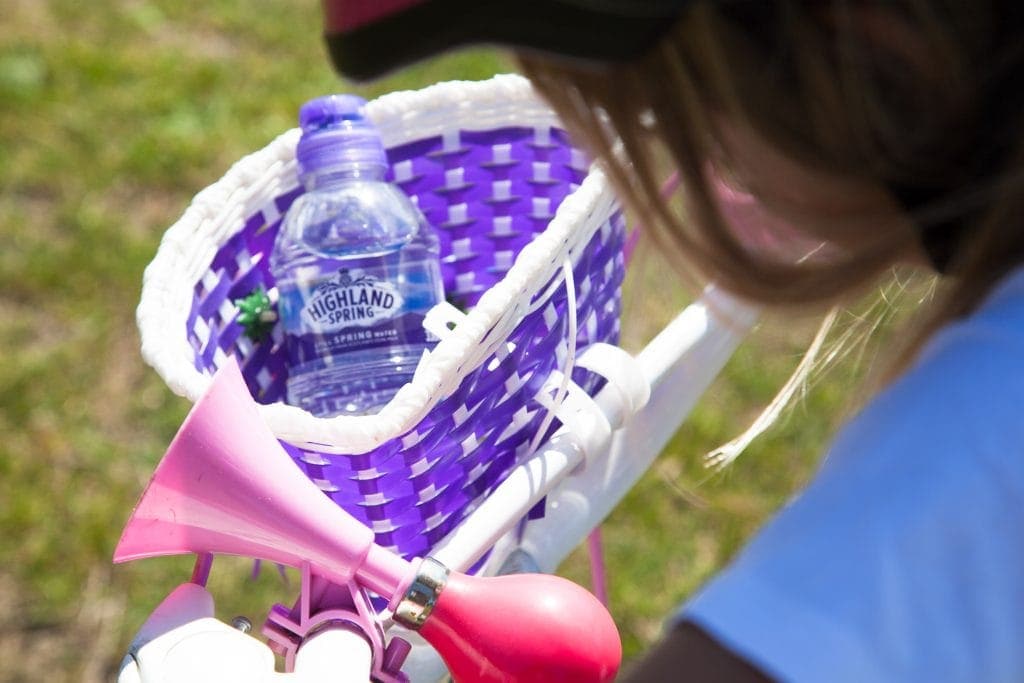 At this point Lily decided that she wasn’t very sure about it all.  It must, I agree, be very frustrating to watch your younger sisters ‘get’ the bike thing straight away and so she decided she wasn’t going to be able to do it. She didn’t think she was probably  #BraveByNature and in fact then decided she was most definitely not.  So it was, helmet off and feet up for the two of us for a while whilst we watched the other two ride around the field.* 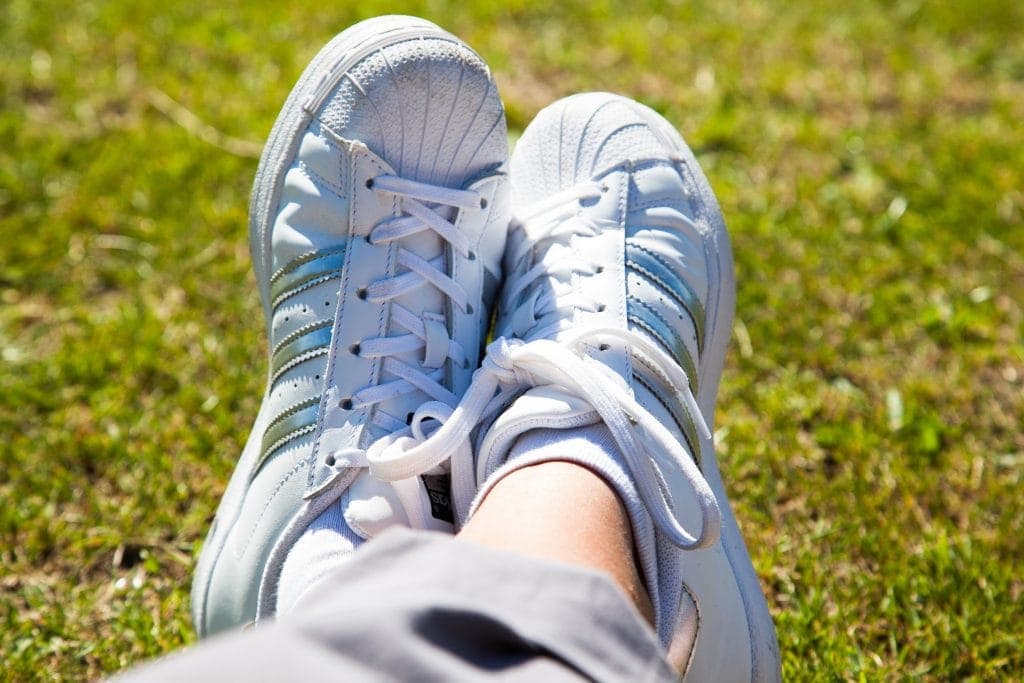 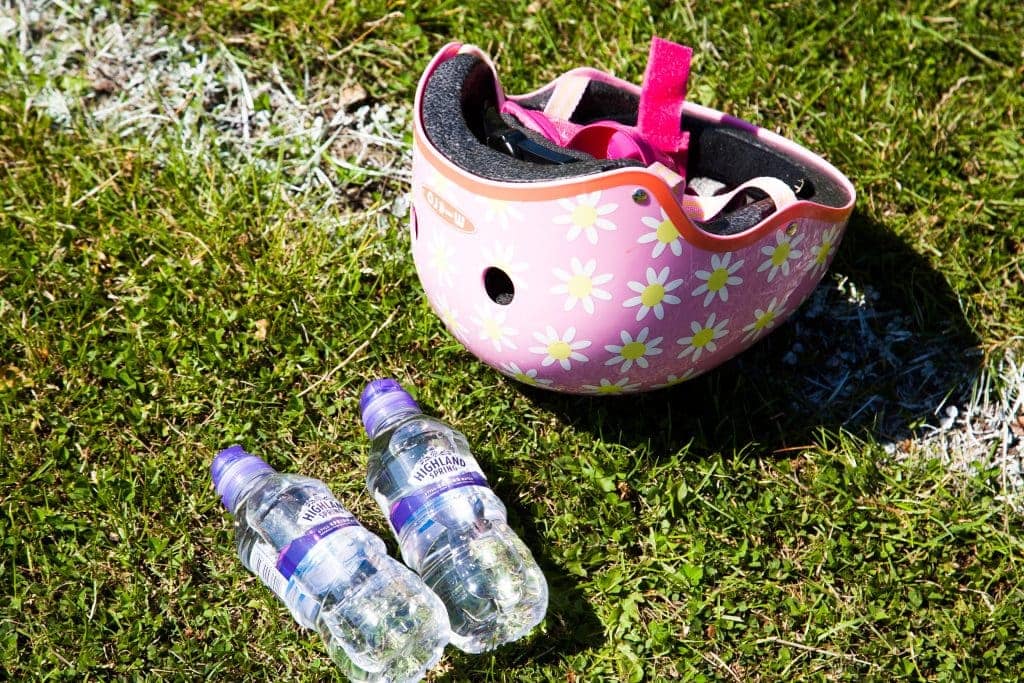 I’m joking in this post about the water breaks and the delaying tactics the girls were using to start trying to ride their bikes but obviously I’m keen to encourage them to drink more water over the Summer and when they head back to school in September.  Kids don’t always recognise when they are thirsty, so it’s best to encourage good drinking habits early

I’m keen on this particularly as I’ve been made aware of some new research undertaken by The Natural Hydration Council which reported that after drinking 300ml of water, thirst was satisfied and reports of “good mood” increased by almost 20%.  We needed some ‘good mood’ to help the bike riding campaign with Lily so we sat and we drank some more!  I can report in this particular situation water perhaps wasn’t enough to bring back the mood that had settled in but as it can be harder for kids to concentrate when they’re dehydrated it could only help.

So we settled in, we watched some more, we had another drink and then we decided to try another day!

Learning to ride a bike is such a big deal to kids, I'm looking forward to when both mine have managed it but it is pretty scary to them too.

How fast are they to learn! That is amazing, it took me a good few months to get up the courage to ride my bike when I was little, but I just needed that bit of a push and I was fine after that. What a great skill to master in the summer holidays! Vicky - Commenting on behalf of Britmums

Eliza has just learned to ride her bike without stabilisers and I think the excuse of taking a break to have a drink really helped her. She was off and riding within a couple of hours, albeit a bit wobbly

Love this post and love the determination. Such special times learning to ride a bike think it is a great age to try too.

My son's so gung-ho that I thought he'd learn straight away, but in the end he took him ages! I wouldn't even try it with my daughter yet. I think she'd rival Lily for stubbornness about not trying! She's brave in other ways though, as I bet Lily is. x