Annet Schaap is one of the Netherlands best-loved illustrators. Her debut novel Lampie and The Children of The Sea has sold over 80,000 copies and won multiple prizes including the best Dutch Children’s Book of the Year.

I really enjoyed reading Lampie and the Children of the Sea. You create such a fantastic cast of characters and I loved the quirky, fairytale feel to the story. I believe Lampie and the Children of the Sea was inspired by a lighthouse you saw when travelling with your young son. I’d love to know more about your experience of travelling with a young family and learn more about what sparked the inspiration for this book.

In 2006 I met Tom, a Canadian man in San Francisco. It was my first time in North America and I fell in love with the country, and with Tom as well. He had a motorcycle then and on the back of it we drove along the pacific coast… I never had the urge to travel before, but at that moment I knew I wanted more of it. For a few years I travelled every three months to America and later to Canada and back to the Netherlands, until we decided to settle down in Utrecht. There our son was born on 2009.

The longing to travel wasn’t over. A motorcycle trip with a baby however is not very sensible, but we thought that perhaps travelling in a camper would be a possibility. 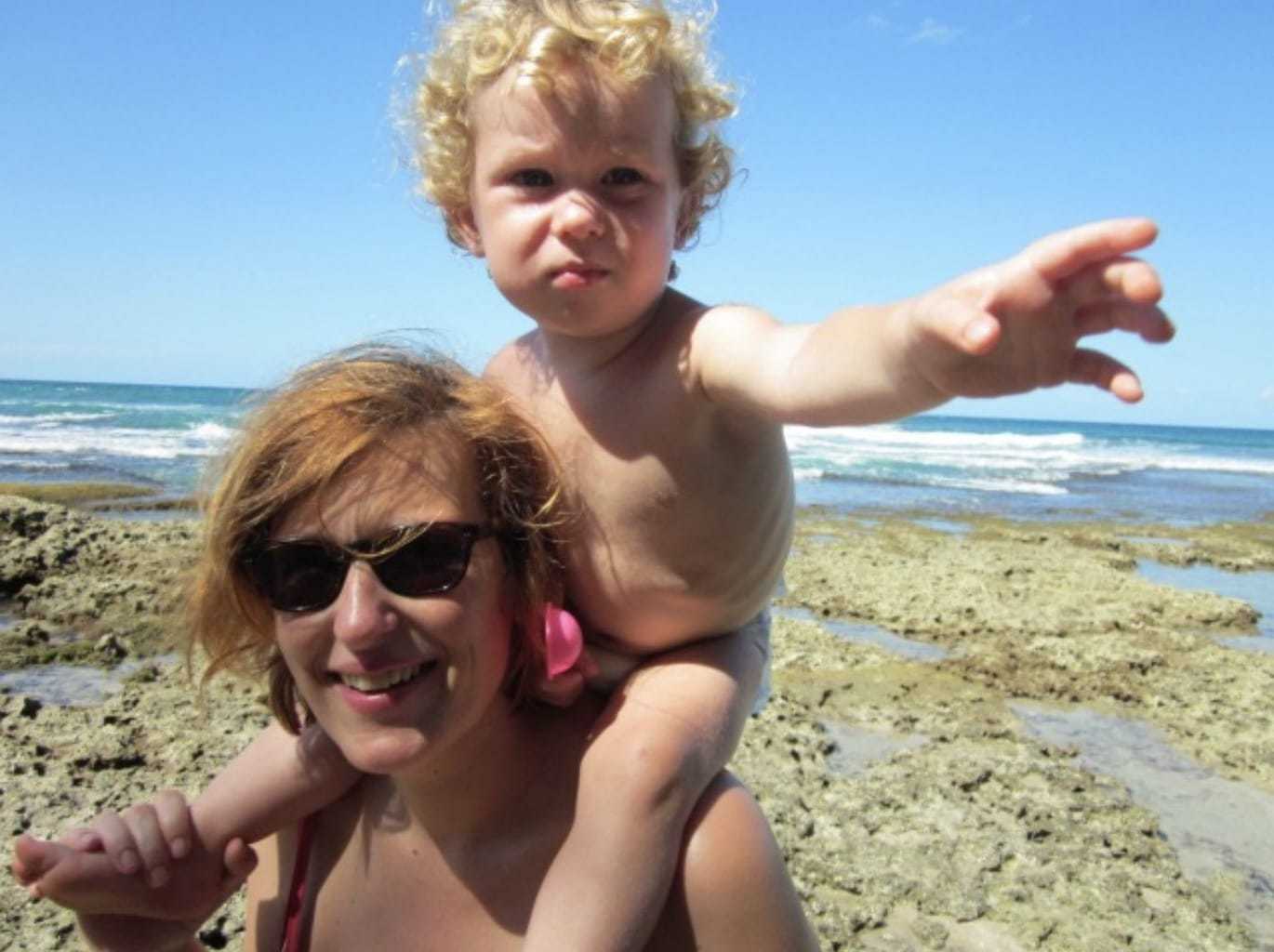 Jonas was 1½ when we left for Canada. There we bought a truck and a big fifth wheel-camper, that we baptised Molly. On our first long journey with Molly we travelled from Ottawa through Canada and the US to the west coast and back, with a winter-break of 5 months in Costa Rica. That took a year and a half.  Later we did two shorter 6/7 month-trips, one along the East coast and one to the middle states of America.

In Molly I had a small desk where I made my illustrations and sent them back to Amsterdam, so we could afford to stay travelling. But after our last trip we were quite broke. Also by then Jonas was 5 years old, so he was required to go to school. We went home and lived in Utrecht ever since.

It was a wonderful adventure. It was a wonderful thing to be able to take our house everywhere we went, camp in the desert or at the beach and sleep in our own beds. I saw so many, many things I never saw before. On our last journey, we sailed on Lake Michigan. There I saw a lighthouse, on a small peninsula, and it was as if I heard a voice in my head telling me to take a picture, because ‘you are going to write a book about that lighthouse’. When I did, a few years later, I noticed that the landscape we had travelled in really made it possible to imagine all the things I wanted to write about. In my mind the story could never be set ‘just in the Netherlands’, it helped to know the vast land and the wide ocean, in the middle of which people are so very small, and certainly one little girl means almost nothing…

As a well-known illustrator in the Netherlands, did you always want to write stories too?

Yes, I did, but for a long time I didn’t have the courage to do so yet. I’ve been busy with books all my life, and I always had a secret wish to become an author, but didn’t trust myself to be good enough.

I’m curious to know if you drew any of the scenes/characters/places before your wrote them or if you simply had a really clear picture of them in your minds eye and if this helped you with the writing process?

I did see the places I wrote about quite clearly in my mind. A lot of them I saw on our travels: a small Canadian town called Peggy’s Cove, and the rough coasts of Cape Breton and Maine were really inspiring. I sketched them sometimes, very roughly and I also looked up pictures online: of abandoned houses, lighthouses, old fairgrounds, to get a clearer picture of what I was trying to see. The real illustrations in the book though I wasn’t able to do until the whole text was ready.

I guess it is, but it’s a funny thing with themes, they just come tiptoeing into the book, is my experience. Sometimes I read my own texts later and think: Ah, that was what I was writing about. I don’t always know before. It’s a good theme though, and I do agree with it: a lot of times people turn out to be quite different from what they appear to be.

Your character’s have such strong voices – Lampie in particular is so clear as you read the story. I wondered where your inspiration for your characters came from and if you were inspired by anyone you met travelling?

The characters in my stories are always a combination of pieces of myself, people I met in real life and characters in all the books I have been reading, especially those I read as a child.

I’d love to know more about how your experience of juggling writing and illustrating with the demands of a young family?

Well, except our son Jonas who is 10 years old now, my family is not so young. Jonas was born when I was almost 44 and my husband is 10 years older. So we like our peace and aim for a relatively quiet life at the moment. I am going to my studio and spend time alone to work there as a much as possible, while Tom is staying at home taking care of things there. 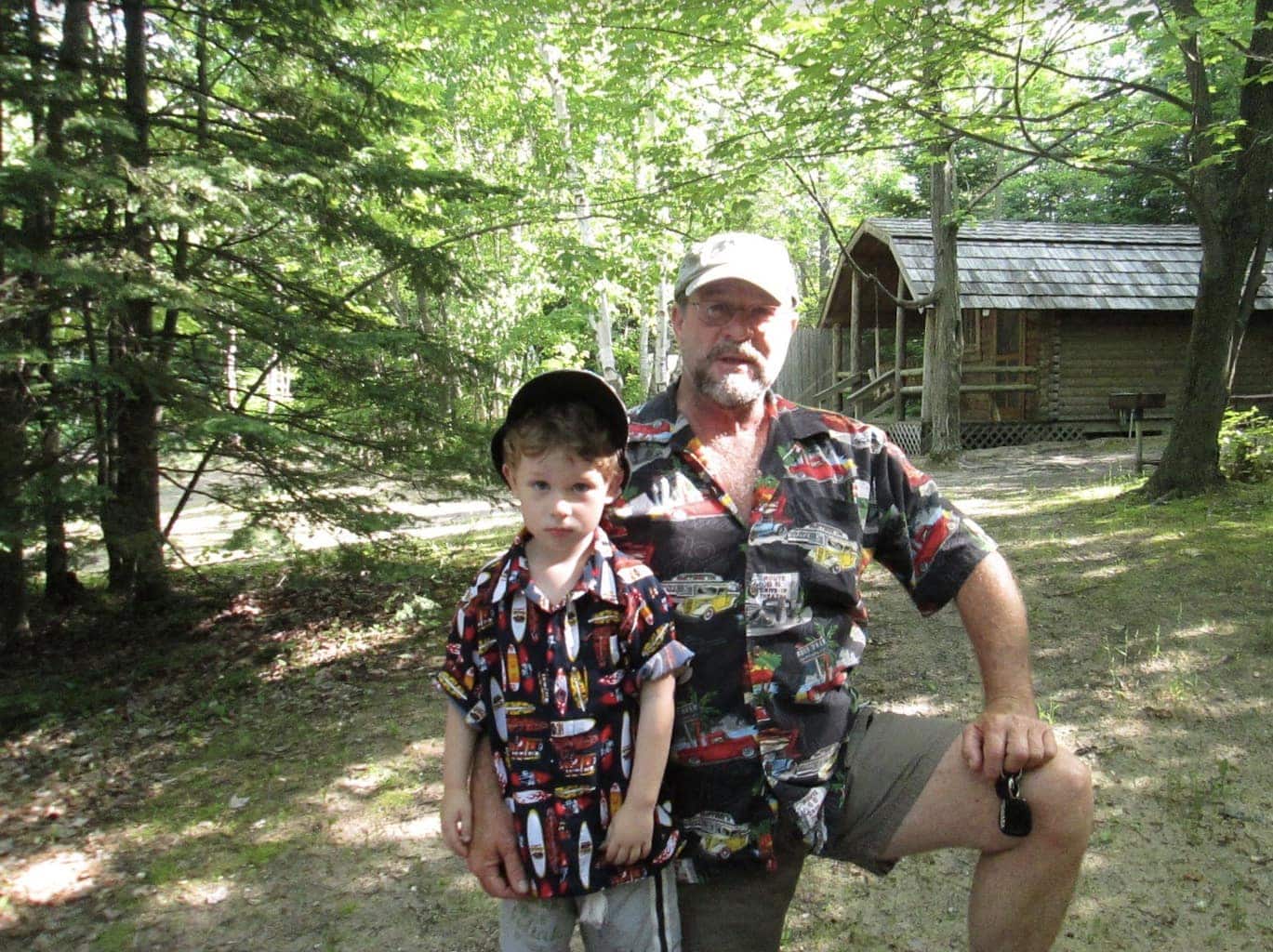 Are there any other places you’d love to visit with your family in the future?

Because Tom is from Canada we try to spend every summer there. Our faithful Molly isn’t able to travel anymore, but we can still sleep in her belly. She is parked at my husband’s 100 year old aunt’s farm. There we can build fires and swim in the Mississippi and visit family.

May be some day we will be able to buy another camper in Europe, and take time travelling there, I would love to see the Balkan and Russia. But there is also so much left in America I haven’t seen… If there would be an opportunity to take another year to travel there I wouldn’t hesitate…

Lampie and The Children of the Sea by Annet Schaap, translated by Laura Watkinson published on the 30th May. My copy was gifted by the Publisher, but all views are my own.

You can win a copy of the book here!

Why not PIN this post to save it for later?