#Kazoops will be aired on CBeebies today at 4:20pm (Monday 20th June)

Put yourself in Hugh’s shoes, you are 3 ¾’s and you love CBeebies…

So it may not have struck home with Hugh before we left quite how lucky we were, it did however excite me. Brunch in the Charlotte Street Hotel you say… I’m there like a shot!

Our plans all came together and we met the cousins for a croissant and cuppa down the road as for once we were all early. Excited and already bouncing around, Amelia (6), Florence (4), Hugh (3 ¾), Nancy (10 months!) were desperate to get there. As we arrived, panic struck in as there was no other children and just well-dressed hotel guests enjoying champagne brunch on the sunny outdoor tables. Luckily as the doorman helped Lucy with the buggy up the stairs we were invited to go down in the lift to the basement. It was obvious they knew where we were heading!
As the lift doors opened we were welcomed by a host of people and ‘life sized’ characters from the show, the children were in awe. We ventured further into the room where we found a host of activities for the children accompanied by a beautiful spread of brunch. We were straight in to their first task of making a model pig – Jimmy Jones the family’s pet pig! What a great way to introduce the characters. 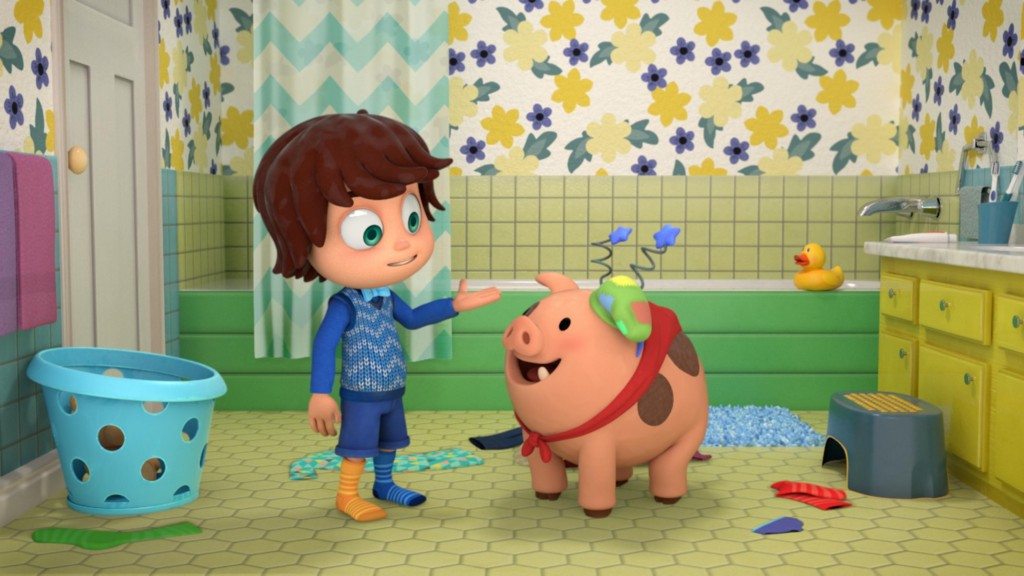 With all three pigs made with various levels of success it was on to colouring and then a game to match up socks. Not your usual party game though one I may start in our house! Despite seeming like a domestic chore made fun, it was cleverly linked to the idea behind Kazoops – using your imagination to challenge preconceptions. It would become apparent that Monty, the main character, loved to wear odd socks – as does Florence! 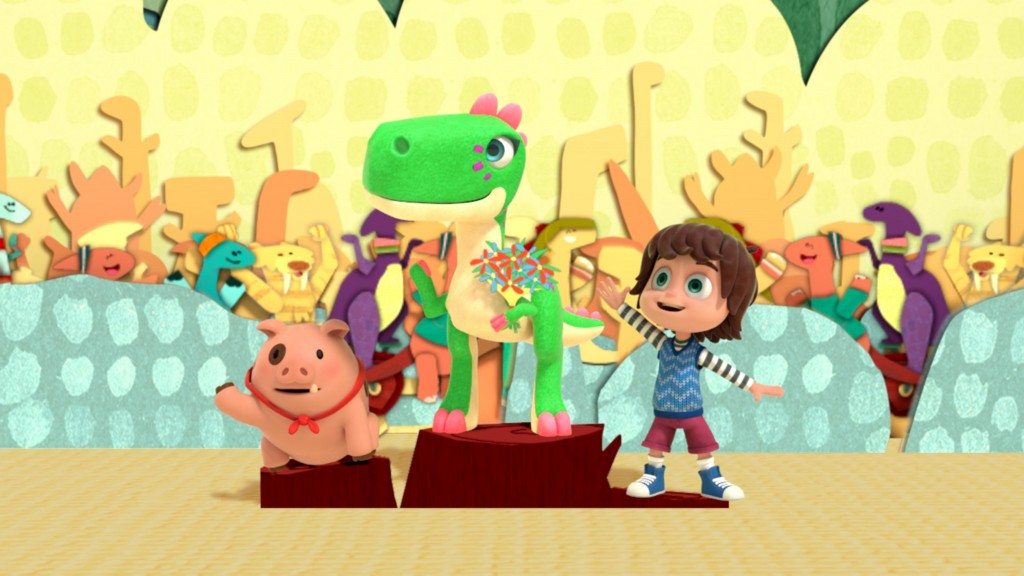 So the time came for us to see the programme. We were ushered into the private screening room where we took our seats in large orange chairs and the children munched their way through bags of popcorn. We were welcomed by the Executive Producer, Patrick Egerton, and introduced to some key members of the team behind it including cast and child development expert Dr Jaqueline Harding who had supported the creation of the show.

The pressure was on, a room filled with media and bloggers but most importantly children who had high hopes!
Well as we watched three episodes back to back it was safe to say the children were hooked – lovely colourful imagery, music and song, and a simple to follow storyline. A recipe for success for any children’s show!
So what’s it all about? Well a young boy called Monty who lives with his family including an older sister and surfing Granny, but most importantly he has a pet pig – Jimmy Jones. Monty has a vivid imagination and he likes to ask questions. With this inquisitive nature, we see Monty and Jimmy Jones start to explore whether things can be challenged. Do we need to wear matching socks? Can we bring the beach to our back garden? Are Monsters under the bed always scary? 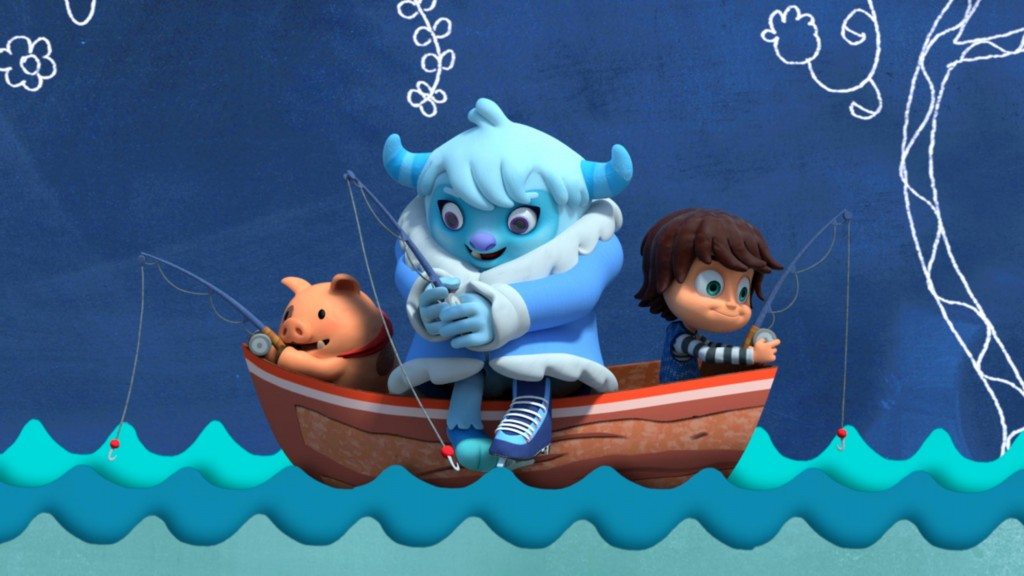 It was safe to say Florence and Hugh were big fans – it is the world from the eyes of a pre-schooler. It captures the ‘but why?’ stage and the make believe world they day dream about perfectly. Coupled with the bright colours and lovable characters it will be a real hit. As a parent I want Hugh to challenge the norm and know it is ok – life would be boring if we didn’t!

So the true test is whether once we returned home and the day became a memory would – Hugh still be interested in it? It could be a challenge as we don’t have posh orange chairs and huge screen at home! But today as we sat having our post dinner chill out time, CBeebies aired an advert for Kazoops. Hugh squealed, pointed at the screen and shouted ‘Look Mummy look’… I would say that’s one fan already secured!

Kazoops will be aired on CBeebies today at 4:20pm (Monday 20th June) – I can be sure that Hugh and I will be tuning in.

Sounds like an exciting day out for you all and an exciting show to look out for (if you're three and three quarters!)