We arrived at the Empire to the sounds of a brass band welcoming us to go back in time to 1939.  We were attending the premier of Helen Forrester’s ‘By the Waters of Liverpool’, her sequel to the amazing ‘Twopence to cross the Mersey’, seen by over 170,000 people!

For those of you outside of Liverpool, or who haven’t heard about Helen Forrester, she has written four books in a series about her own journey which began living in the South-East of England in the 1930’s with luxuries of private education and nannies, and then being thrust into poverty, due to the depression, with her father losing their money.  They moved up to depression stricken Liverpool, and with her parents unable to manage a household and budget, many tasks fell to Helen.

The play we went to see starts at this point and is the second in the series.  We see how hard and unfair life is for Helen; she is treated very differently to her siblings, even her sister whom is deemed to be prettier and more interesting and therefore is allowed a fuller life.  Helen battles with her parents, who to be honest are pretty good at arguing just between themselves, for a small measure of independence.  The first being the right to an education; and the second the right to go out to work. 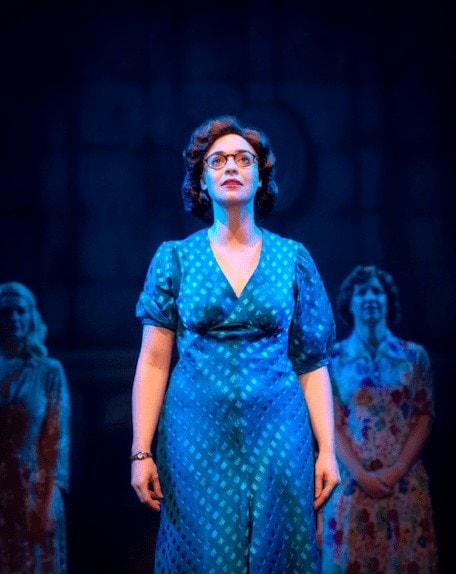 Helen is played by Maria Lovelady and is perfectly cast.  She brought empathy out in the audience with all the challenges life throws at her, her ups (not many) and downs, her friendships and battles with her family.  Helen’s mother is a brilliant character and one I’m very glad I have not had to deal with.  She is incredibly selfish, wastes money, discriminates between her children (and clearly can’t see she’s doing it) and Emma Dears plays it superbly.  The father, a spineless but moral man, played by Mark Moragham also carried the role off faultlessly.  To be honest, I could go through every member of the cast in this way as they did a brilliant job – there was humour, sympathy, frustration and tears.

I don’t want to say too much more as I don’t want to ruin the story for anyone wanting to see it.  I found there were various topics in the storyline that make you think about how you would have coped in the same situation and reminds you of how different our lives are now.   I can whole-heartedly recommend it.  As always with the Empire, the stage was beautifully dressed with very clever scene changes.  The cast, with the exception of Maria, all played a number of roles which for me added to my appreciation of those involved.

Although I went to see this with my Mother-in-Law, as this is a family blog I would say the play is suitable for children, there is no bad language and just one scene where *something* is hinted at, however I would say that it would be better for older children who have an interest in local history, the 1930’s era and to show how differently life was.

This show is on at the Liverpool Empire until Saturday 13th October, with tickets available through https://www.atgtickets.com/shows/by-the-waters-of-liverpool/liverpool-empire/.

There is also a 100th Birthday Celebration of Twopence to cross the Mersey at the Liverpool Empire from 11-15 June 2019.

Remember there always loads of great family shows on at the Empire, for more information visit https://www.atgtickets.com/venues/liverpool-empire/

We were given complimentary tickets for the show but all views are my own.