Our review of A Rose and Curve production of George’s Marvellous Medicine at The Playhouse, Liverpool.

The invitation to see George’s Marvellous Medicine at The Playhouse, Liverpool was met with great excitement from our three. We love Roald Dahl and they have read the book at home and at school. The story may have dark undertones (as many a Dahl-book does), but we knew the humour would appeal to them and we had already seen a lot of great reviews from the production as it toured the Country.

The excitement built as we took our seats and the girls examined the set with curiosity, noting the four TVs screens, ladder and a very unusually adapted portaloo. George’s silhouette appeared on stage and the audience was introduced to this boy who had a head full of dreams and inventions, and his nose always in a book. Despite being a little lonely on his parents isolated farm, enigmatic George explained how he was very happy amongst the many animals, which included a very entertaining bull who ran riot around the set and ingenious remote controlled chickens. 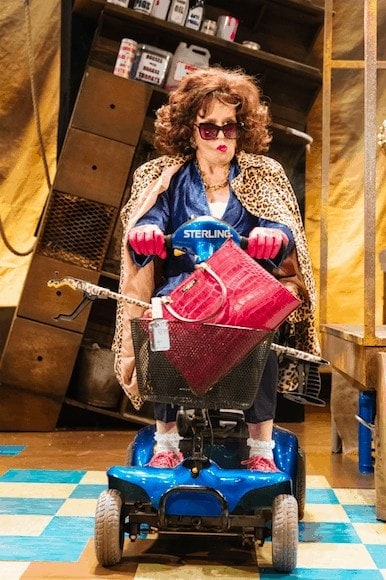 Just as the audience settled into this idyllic farm life with George and his parents, they received an unwelcome surprise; granny was to come and stay. You’d expect, or hope, that most of the audience would delight in the arrival of a grandparent. But clever dream-sequences made clear that for George and his family this was not an occasion to celebrate, as George had the most I’ll-tempered and cantankerous of grannies.

The arrival of Granny, played by Lisa Howard, was met with lots of giggles from the audience as this leopard print clad, city-loving Granny destroyed the peace with her nerve-wrecking buzzer and infuriatingly selfish ways. As George started to wonder how they would ever escape their Granny,  an energetic dance brought this story right up to date.

George, played by Preston Nyman, started to make his own magical medicine to cure granny, whilst the audience encouraged him with shouts of “in” as he found ingredients from all over the farm. Once the medicine was administered, there was much hilarity as Granny, followed by the farms’ chickens began to feel the effects. Eve’s favourite character was a gigantic chicken, played by Chandni Mistry, who clowned around the stage causing chaos. 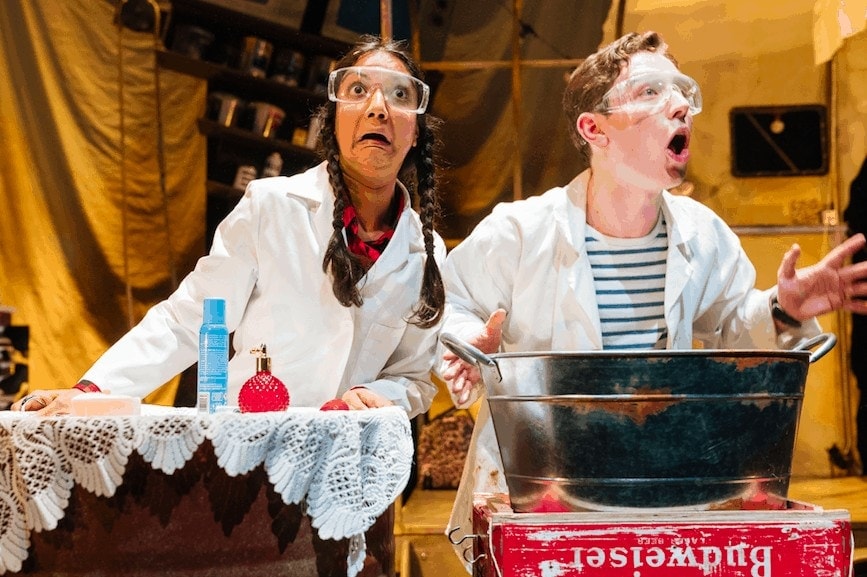 George’s Dad, played by the musically talented Justin Wilman, flitted between wonderful clarinet and violin solos. Whilst his character dreamt of fame and fortune from selling George’s marvellous medicine to farmers far and wide. The audience were called upon once again to help George and his parents recreate his medicine with much enthusiasm, shouting out ingredients and warming the medicine with the heat radiating from their hands.

For parents of a nervous disposition, the finale will appeal… An lyrical and unforgettable song, ‘don’t try this at home’!

For all Dahl fans, big and small, this is an excellent and fun show that thoroughly engaged the audience!

We received complimentary tickets to see George’s Marvellous Medicine but all their opinions are their own.

ILL tempered and cantankerous granny? Never! It sounds like a fabulous show, I bet the audience were in stitches!