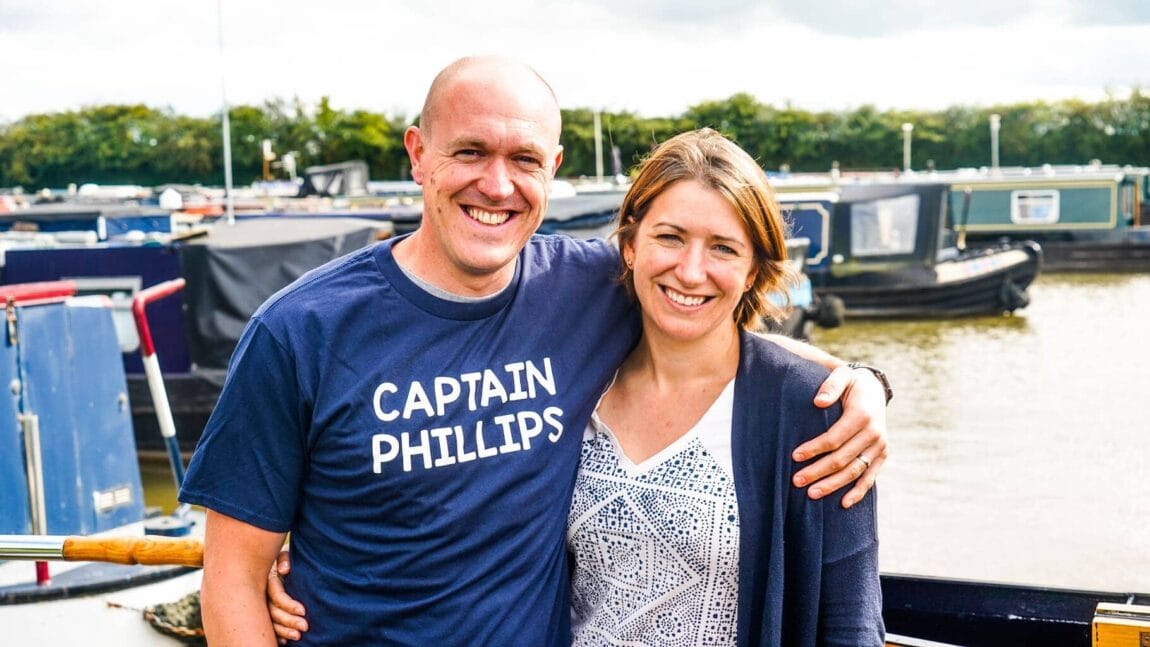 First Time on a Narrowboat With Kids

This weekend we set off on our very first narrowboat adventure as a family, but not just the 5 of us, as a multi generational family with aunty, uncle, cousins and Grandma and Grandad too! Narrowboat Holiday Company, Anglo Welsh, who have been providing this type of holiday for the past 50 years, very kindly invited us to borrow one of their boats.

You can see our tour on IGTV here!

We are not an experienced family when it comes to boating but Anglo Welsh assured us it was fine for novice boaters to take to the water and indeed the website states that their nationally accredited handover and tuition ensures you feel comfortable and feel totally in control before you set off. With images of borrowing our own floating hotel and leisurely gliding along the miles of waterways around Chester and North Wales we set off on our long weekend in anticipation.

The route we opted for was a simple sail from Whixall Marina to a stop in Ellesmere on day one. This should take 3 hours with no locks and a nice pub called the Boathouse, nearby for us to eat at. Day two we would sail on a further 3 hours to Chirk which would involve passing through two locks before finding a place to moor up and visit Chirk Castle in the afternoon. We would then eat at another restaurant in the evening. Day three would involve cruising for around 6 hours to get back to Whixall.

It is fair to say that whilst there were plenty of highlights of our holiday there were some things that perhaps could’ve been avoided if we had been a little more experienced or prepared. So here’s some advice on things to consider if you are embarking on a narrowboat adventure for the first time, particularly if you have kids with you.

We opted for a 12 berth for the reason there were 12 passengers. The reality of this was that the boat was very long and most of it was roofed. We realised too late that we would actually have liked some more outdoor space. The other challenge was having 6 children from 2 different families meant that they were used to different routines particularly regarding night-time. If you have a large group with kids like ourselves, it may be better to get 2 smaller boats and sail in convoy. This is particularly important for the next consideration.

The reality of our actual route compared to our anticipated route was very different. We made it to Ellesmere on day 1 after 4 hours, however, sailing such a big boat had been tricky to master and we ended up in silted edges a number of times which meant lots of pushing and pulling the boat by its ropes to manoeuvre it into position before being able to set off again. It was physically hard work.

The next morning we set off about 8am but 4 hours later we needed to have a team meeting. Progress was taking twice as long as expected and we were nowhere near Chirk! If we carried on, then by day 3 we would not have enough time to get back to Whixall again. We were also not keen on going through the locks so looked on the map for designated turning points before Chirk where we could turn and moor up ready for day 3. This led to the most challenging part of our adventure – turning the boat around to head back. The Andromeda is 69 feet long. The biggest turning point marked on our map was 70 feet. But what choice did we have? We braved it and after what seemed like a 25-point turn we eventually got the boat round and facing back to Whixall.

So what advice would I have? Allow yourself twice as much time as suggested and get a smaller boat that will easily fit in the turning spaces available in case you need to turn round early.

One thing we did get right was the entertainment on board for the children. The long spells of sailing could’ve easily led to boredom but by packing a large selection of card games, activity books, travel board games and their electronic devices we managed to avoid any issues. It was also lovely for the children to play all these games with their grandparents too.

On longer holidays it’s easier to factor in time for day trips. As we were just on a weekend break, and our travel time was taking longer than expected, our visit to Chirk Castle was rushed. For a first timer I would say expect plans to change and have a few options for trips along the route, or just stick to shorter activities closer to the canal.

Catering for 12 people on board is tricky given the limited space available for storing and preparing food, and then there is all the washing up! The two dining areas on Andromeda gave us a decent amount of room but not enough to seat all 12 of us at the same time. We organised to have breakfast on board, make a picnic lunch, and dine at restaurants in the evenings. This worked really well for us and kept food preparation to a manageable level. If eating out is out of the question, I would suggest pre-preparing your meals. There is a microwave, oven, grill and 4 hobs to cook things on. You may also need to be prepared to eat in shifts.

Good quality bed linen and towels are provided on Anglo Welsh’s narrow boats which is really helpful and the beds were really comfy: everyone had a good night’s sleep. The single duvets are quite large for the single bunks, we advise perhaps bringing sleeping bags for smaller kids instead. On board a narrowboat clothes storage is limited. We were prepared for this and unpacked our things before setting off so we could return the empty bags to the car and then they didn’t need to be stored on board. In hindsight we could have easily packed our belongings in supermarket shopping bags that fold up really small instead.

Our dog would’ve been welcome on board Anglo Welsh’s boats but we decided to leave her at home. On reflection this was a very good decision for us. Having to factor in stops for the dog and owner to get on and off for pooch’s comfort breaks would have added to the challenge of stopping and starting the boat. She also would have been another thing to keep an eye. We did see a number of dogs on narrowboats and apparently narrowboats with open cruiser-sterns at the back offer extra room ‘on deck’ for pets and the family to enjoy the ever-changing view. Our boat was a Semi-traditional boat with less outside space at the back.

As I mentioned earlier there were plenty of highlights to our holiday too. Once our designated first-time skipper had become more confident with steering the boat we cruised along at a more consistent pace and enjoyed the journey, although slow and steady is definitely the way to go. A longer holiday would’ve really allowed us to hone our skills in driving and navigation and to explore the waterways more. When the sun came out it was beautiful along the canal and we found other narrow boaters were really cheerful and friendly. We chatted and waved to virtually everyone we passed. The children also loved every second of it and they played together, chatted and giggled. We adults also giggled a lot too and had a chance to have a long overdue catch up with each other. At night the canal is surprising still and silent, we all slept really well on board.

If you’d like to contact Anglo Welsh to arrange your own Narrowboat trip you can do so here or by calling 0117 304 1122. You can also find out more about visiting canals at the Canal & River Trust website www.canalrivertrust.org.uk. I also love what they are doing with their Plastic Challenge to reduce the litter in the nations canals!

Why not PIN this post about a Narrowboat Holiday with Kids 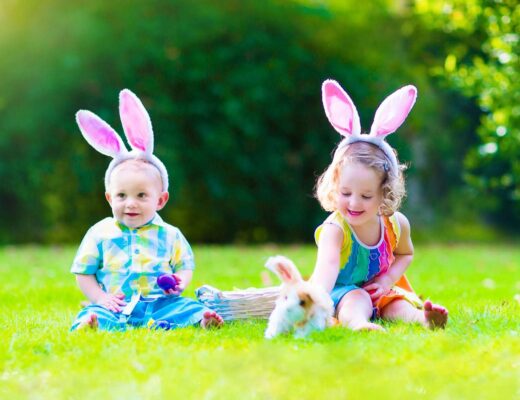 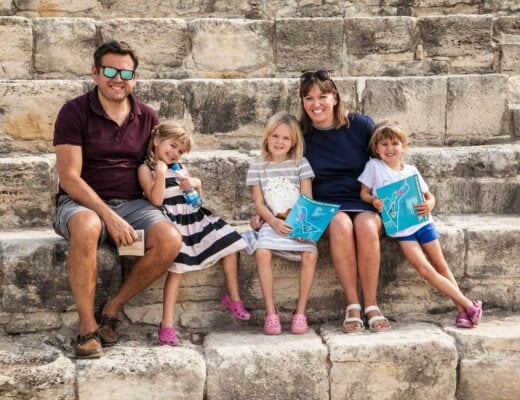 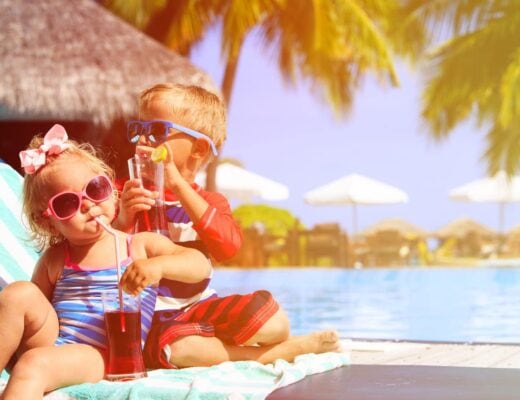