Today we decided to visit Eden Camp, near Malton, North Yorkshire, it is a British Military Museum set in an original prisoner of war camp. With lots of huts and large machines there is plenty to keep you busy for at least 4 hours, or longer depending on your group’s level of interest. 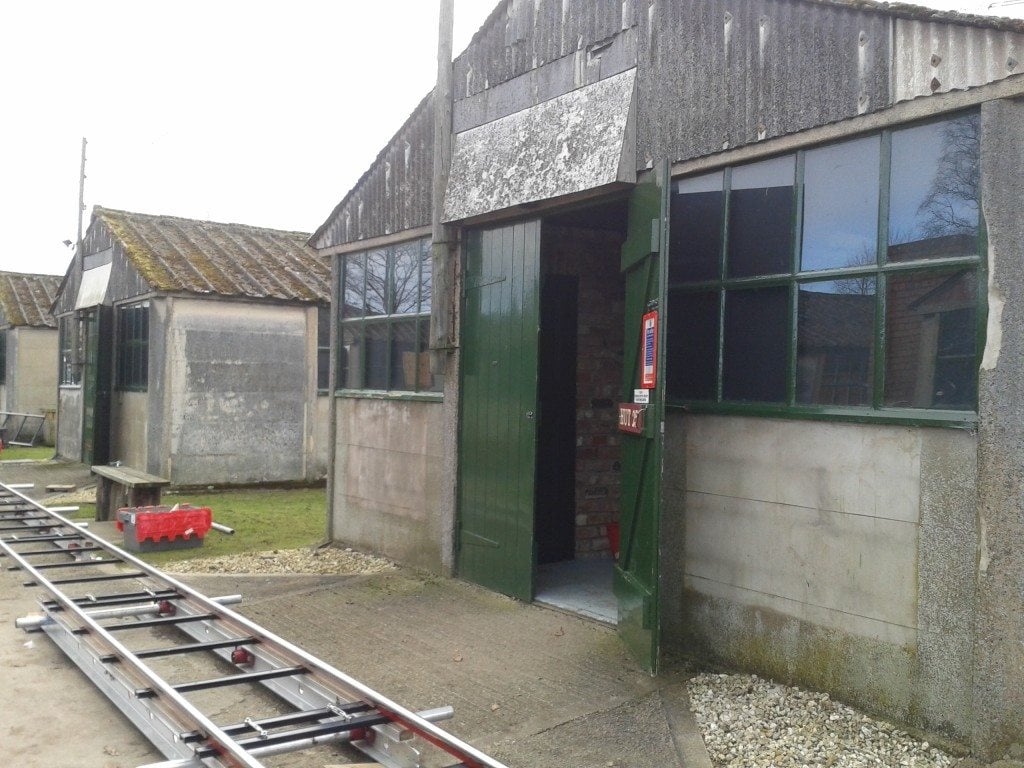 Our journey there took about fifty minutes from Wakefield and we found it really easy to get to, just off the A64. We went as a large family group; we took our nine, six year old and eight week old daughters and went with two boy cousins 7 and 11, their mum and our grandma.

When we got there we discovered that Channel 4 we on location filming, so we were on the lookout for celebrities, but apparently the most famous folk will be around tomorrow! It also meant we got in for half price as a couple of areas were restricted. On arrival we were all given a leaflet which had a detailed map of the site, a brief description of the twenty nine huts and information about the camp, to get us started. 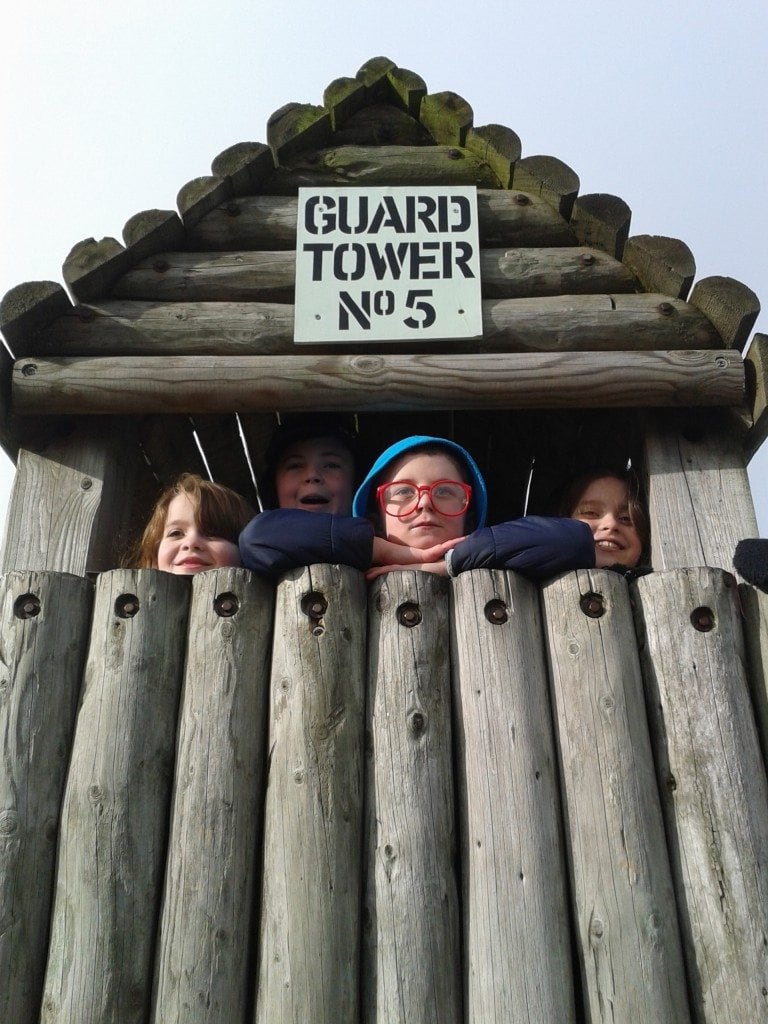 The gentleman who greeted us suggested we visited the huts in order and we start the tour in Hut 5 as 1 – 4 were closed for filming. Each hut gave information about a different aspect of WW2, some had smells and sounds to give you an authentic experience, others were just full of information cabinets and were rather writing heavy. Hut 5 was The Blitz and some of the children were too afraid to go in due to the sound of the air raid siren and the fact it was quite dark. The adults found it to be probably the best hut, recreating the sounds, smells and look of what it might have been like. 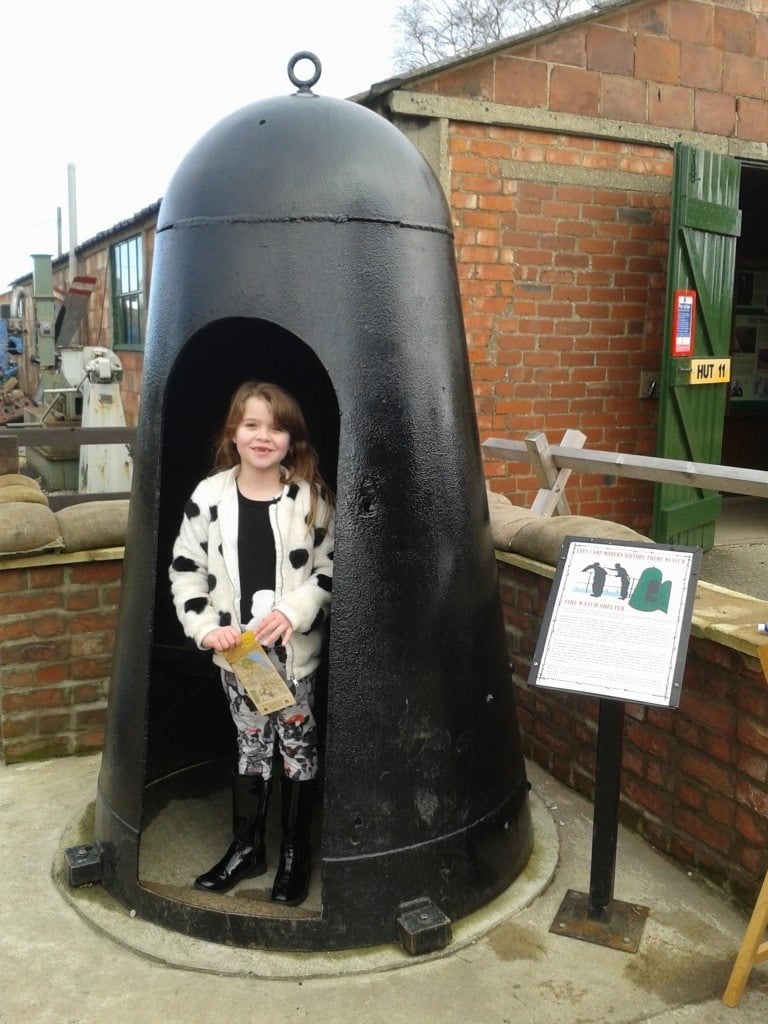 We visited a few of the other huts before the kids were a bit bored and wanted to go to the junior assault course. It was a wooden course with watch towers and things to climb on. When we were all really cold we decided it was time to head to the NAAFI for lunch. There was a good selection of hot and cold meals, but it was such a cold day we all went for the hot options. I would heartily recommend the stew and dumplings, shame there wasn’t a hot pudding with custard for afters! The food was good quality homemade food at a reasonable price.

After lunch we went for the 1:30 puppet show, which was great fun. Famous war time entertainers, in puppet form, sang us their songs. There was much audience participation in the form of singing, clapping, shouting and the odd squirt of water from a puppeteer! 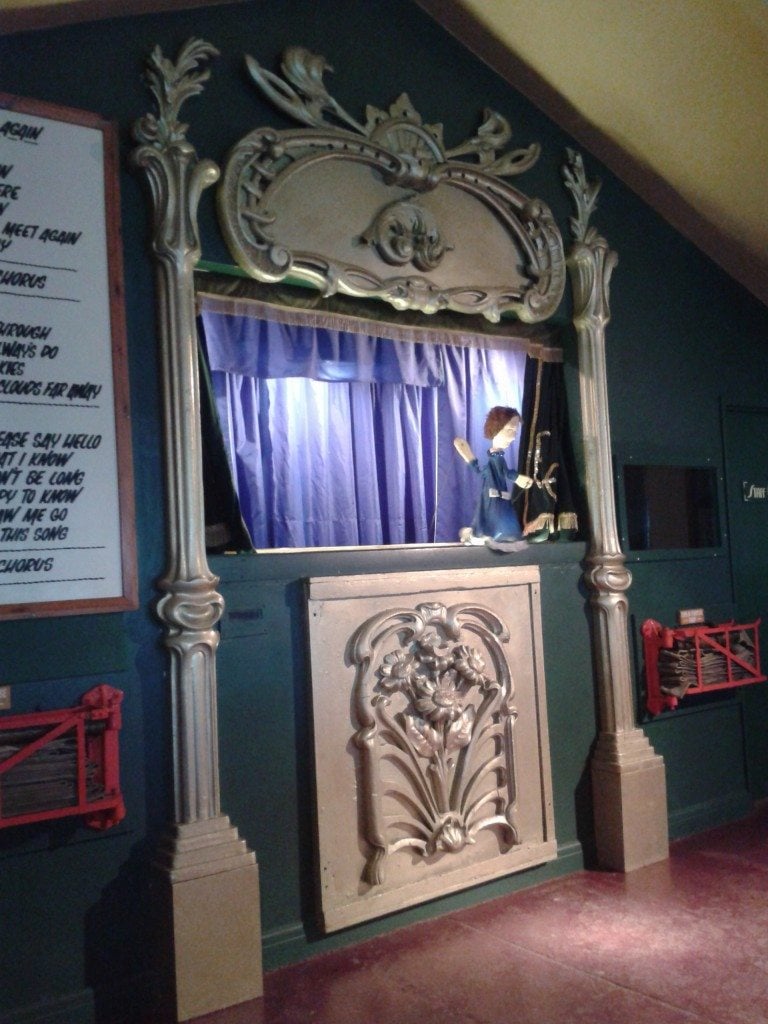 We visited a few more huts, did a bit more learning and spent some more time playing on the junior assault course, whilst the adults were on the hunt for someplace warm. It turned out that the warmest place was the gift shop so we all went there and browsed at the usual gift shop knick-knacks. Before leaving we had a walk around the Military Vehicles area and looked at the planes, tanks and large guns, which was good fun.

It is worth noting that you can take the dog (just not allowed in the café), we thought we had enough to deal with so didn’t take ours, but good to know we could in future. Also there was a small room in the toilet block which had baby changing facilities and a comfy chair to breastfeed and was definitely the warmest room on the very cold site, came in useful! The whole site is very pushchair friendly and easy to access all the huts.

In our opinion, whilst informative, the huts were quite out dated and were in need of more interactive activities for the younger kids. Turns out nothing had really changed since two of the adults went 20 something years ago on their school trip. However, it was a really enjoyable experience and it had some great artefacts, like a spitfire. We would give it an 8/10 for a day out. You can see why it’s a popular location for a school trip.

Opening times: 10am to 5pm, Open from the 2nd Monday of January to the 23rd of December

NB: This is a guest post by Andrea. Andrea and her family paid for entry to Eden Camp.

I've often considered visiting Eden Camp during our jaunts around Yorkshire - my three generally enjoy learning about history so I think it would be up their street (they also find puppet shows to be hilarious).

Definitely going to try and visit this year, thanks :D