In the beautiful grounds of Croxteth Hall, Liverpool the sun was shining for a crazy weekend at the CBBC Summer Social. At around £30 a head this certainly wasn’t a cheap day out but was definitely a chance to dance, sing and meet some of the stars of the show.

NB: Louise and her family received press tickets to attend the CBBC Summer Social Liverpool 2018 but all views and opinions are their own.

A three-day weekend event the CBBC Summer Social 2018 promised to be BBC’s biggest ever kids event, headed up by Sam and Mark, featuring orchestras, west end musicals and live music from acts such as Union J. Alongside were a range of activities and entertainment with interactive shows, art workshops and live appearances from the most popular children’s authors. 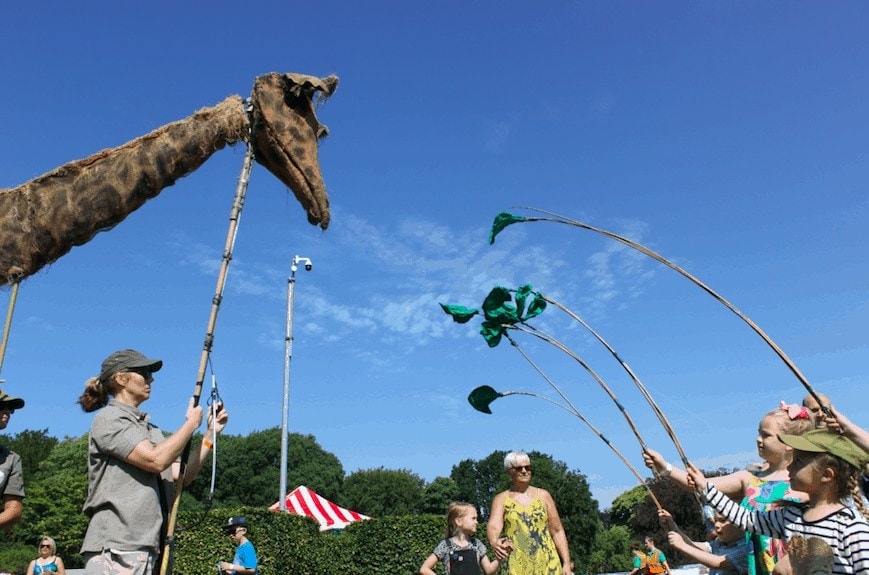 On arrival we were fortunate to have a car park pass to park within the grounds (£10) and made our way straight to the entrance where we were greeted by bubble makers creating a magnificent display and really setting the scene for what was going to be a very busy and interactive day. 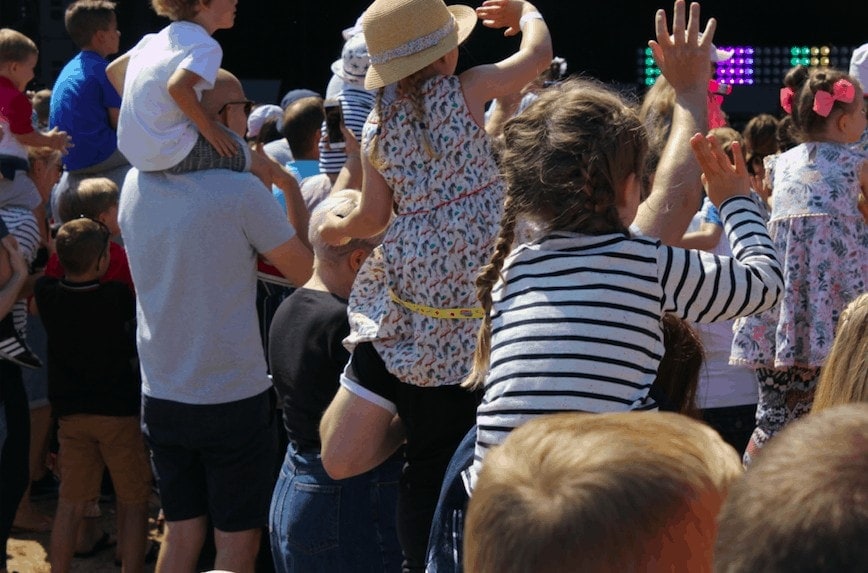 The grounds, as you’d expect were heaving with families, some super organised, some wandering in the scorching sunshine between the three stages featuring CBeebies Island, the Main, Summer Stage and the CBBC Summer Social stage. The farm and house were also in action with some children saying during interaction with Naomi Watson that their favourite was the horrible Histories tour which took place in the historic house. The event was aimed at 6-12 year olds and their families and there really was something for everyone across the weekend, from Bars and Melody to Go Jetters, The magic Flute to Bedtime stories. Some events were already sold out and others needed some serious queuing; we were disappointed not to make the bedtime stories tent but being told that the session starting at 4 would be full by 3.15 was a wait too long for my youngest and the golden Meet and Greet with Mr Tumble was full with no option to wait in line as the other acts.

However we did have some great fun. Highlights of the CBBC Summer Social for us were Hook and Line, really engaging and good fun. They also asked adults to sit down during the show (which seems obvious, but you’d be amazed) so that everyone could see. The audience participation was really fun and had everyone involved in a blow-up shark race! 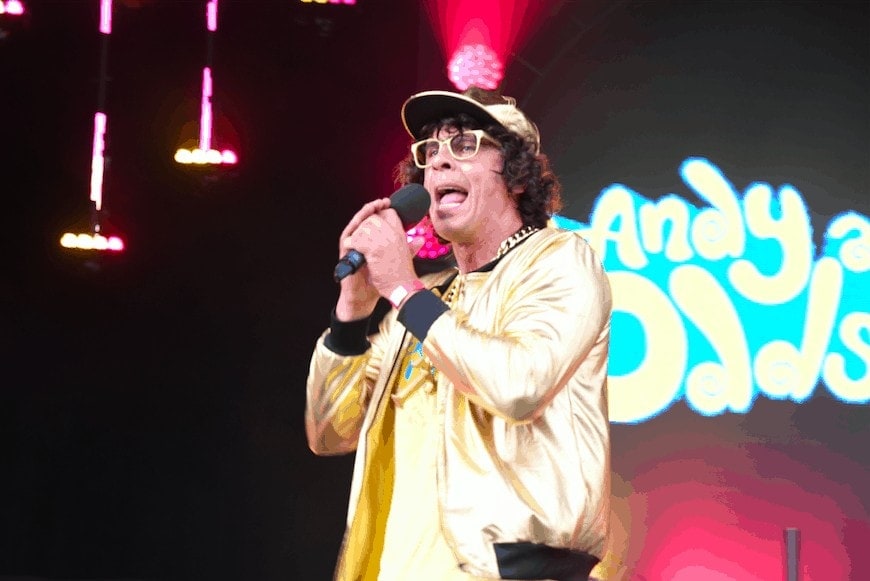 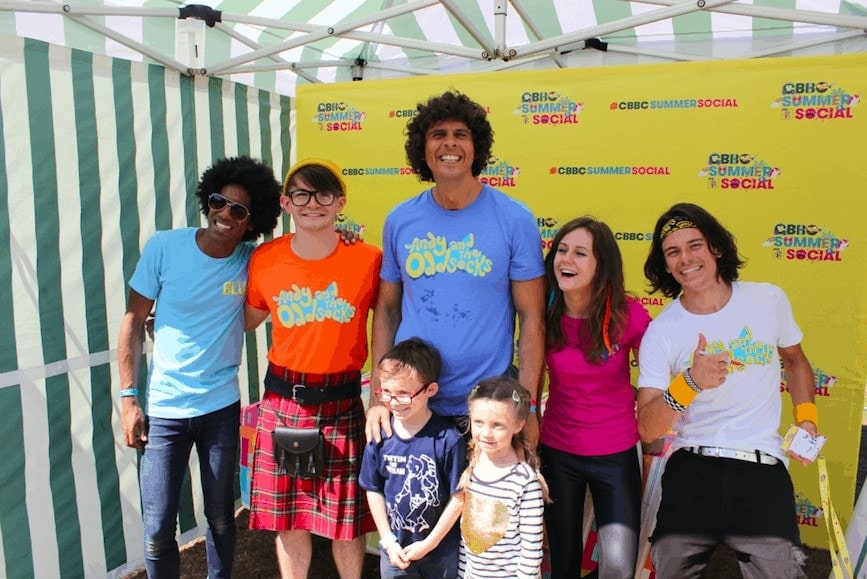 Andy and the Odd socks gave us some dancing opportunities and we met them in the meet and greet area which the kids enjoyed. Mr Tumble was the absolute star of the show, being greeted like a Rockstar on the main stage and getting everyone involved with classic dance songs.

Later on having two adults came into play as our youngest went to join in with the ballet session and our 8 year old to Art Ninja. We completed the day in the farm with the slime workshop and a fab session with Pets Factor and a pretty lively Shetland Pony!  Wherever you went there were staff to help, activities to get involved with and even wandering characters, Elmo was giving out some great cuddles as we walked past. 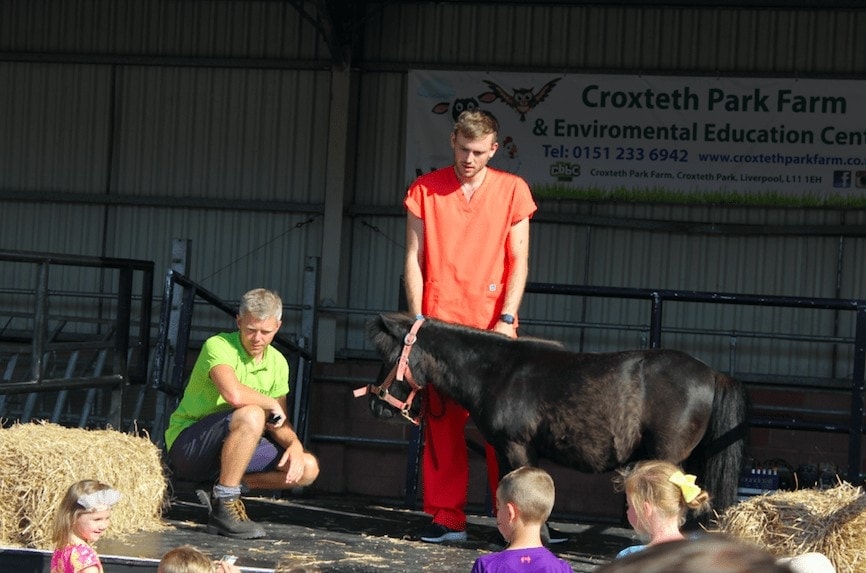 There were a range of food sellers (chicken tikka wrap from a street food seller was yummy) and the slush stall was doing a roaring trade! The day seemed to pass in a blur and my top tip for next year’s CBBC Summer Social would be to plan carefully and book ahead for anything you can (and really want to take part in.)

All in all I’d say the CBBC Summer Social was a success! Thanks for having us.