Here at Mini Travellers we love to explore the UK by motor home, camper van, caravan, trailer tent or staying in a tent. We have a Camping and Caravanning Club press pass which we use regularly and so we wanted to share our reviews of the sites up and down the Country. The Camping and Caravanning Club also have their own glamping tents called Ready Camp which are available on most club sites and we’ve been fortunate to review some of those too.

Here are all of our Camping and Caravanning Club Site reviews in one place. Be sure to check back regularly to see what we’ve added and remember to PIN it for future reference! 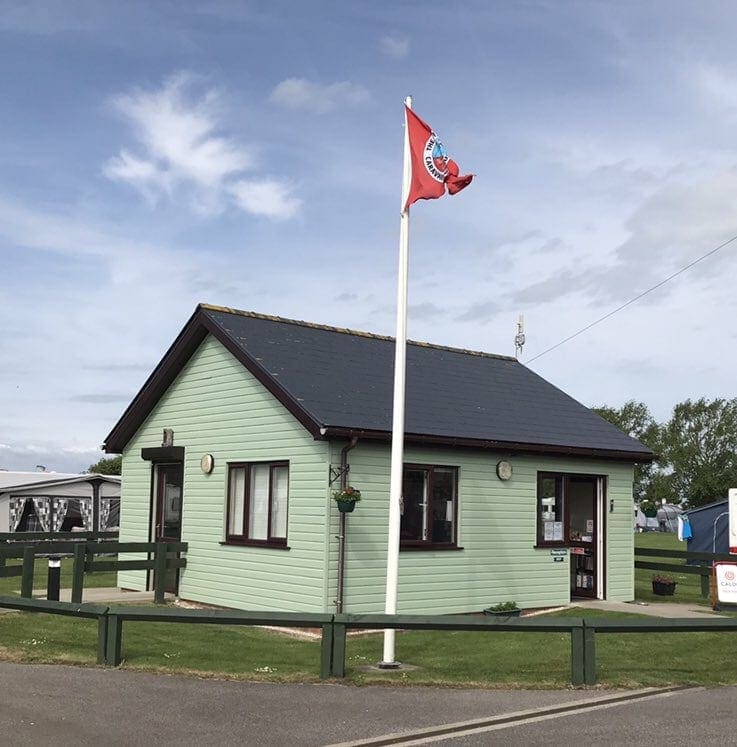 At Mini Travellers we have a team of seasoned campers and newer campers that contribute regularly to our Camping and Caravanning Club Site Reviews so you can be sure that lots of different view points are represented. We’ve not been to the all the club sites yet though! If you have a tip or favourite destination you think might help others please leave us a comment below.

The Beadnell Camping and Caravanning site itself is fantastic, with large pitches, plenty of space between them, and we could fit our storage tent behind the motorhome easily.  It’s a reasonably large site, with 150 camping pitches, from grass-only for tents to hard standing with electric hook-up for motorhomes. The washing up, showering and toilet facilities were good, although they could probably do with a lick of paint over the mould on the ceiling (not that it bothered us, but I’d read a few reviews where people seemed genuinely upset by this!).  The site managers, Sheree and Stephen, were incredibly friendly and helpful, and gave us lots of information about the local area.

Due to its location it is often used as a stop-over site for people travelling between the north and south and vice-versa. However, reading the reviews of the site fans of it encouraged campers to see it as more than a stop-over and to see it as a great base for a holiday. It is within easy reach of a number of popular tourist attractions suitable for families with children, including a number of National Trust sites which is great if you are member.

Barnard Castle Camping and Caravanning site is medium sized with about 90 pitches, including grass and hard standing and with electric hookup. Pitches are large, with plenty of space between them, and we could fit our storage tent behind the motorhome easily.  The washing up, showering and toilet facilities were brilliant – really clean, modern and well maintained.  There’s a small children’s play area on site, although as it has only 2 swings and a small slide it’s really aimed at younger kids.  The site managers were very friendly and helpful, and there is lots of information about the local area available from reception.

Although called the Windermere Camping and Caravanning Club Site, the site is around a 5 mile drive to Windermere – and is between Kendal and Bowness-On- Windermere. It is very easy to get to, only 15 minutes or so off Junction 36 of the M6. It is a large site with decent sized pitches. It is very efficiently run with plenty of staff on hand to help out (which came in very handy when we, yet again, got stuck in the mud as soon as we arrived!).

There are around 30 hard standing pitches for motorhomes and a few basic pods at Ravenglass Camping and Caravanning Club Site. The pitches are a very good size with large gaps between them. The site has good facilities including clean toilets and fantastic showers (including a family shower room) and there’s a small shop selling basics and gas canisters. There is a playground and football pitch very near to the site.  The site managers were extremely welcoming and helpful – giving us lots of details of local cycleways and walking routes.

The site itself is not particularly exceptional.  It’s just off the main road heading into Bowness, it’s fairly small and feels quite crowded, and there are no views of Windermere from the site.  There is no playground and it wasn’t the sort of site where the kids will spend hours cycling around (like they did at the much larger Windermere Camping and Caravanning site).  However, the shores of Lake Windermere are a stone’s throw from the site and the location is pretty unbeatable for exploring the southern lakes (particularly if you don’t want to drive).

We booked a Ready Camp Tent to help alleviate some of the stress of packing and setting up a tent and were pleasantly surprised at the quality of the accommodation when we arrived. The tent is a good size, there are proper (very comfortable) beds, a decent kitchen that is fully stocked with fridge and cooking facilities, cutlery and crockery, a dining table with 6 chairs, a small 2-seater sofa and a small heater.

Located a few miles from the spa town of Ashby-de-la-Zouch, Conkers Camping and Caravanning Club Site has about 90 pitches for tents and motorhomes as well as 5 glamping tents. The pitches are all pretty flat and spacious and the site is really well kept, with large grassy areas between pitches, a big grassy play area for kids and a small adventure playground. The site was great for cycling around as the paths were flat and even and you can pretty much see your children wherever they are. The toilet and shower facilities were spotless whatever time of day we went in.

The site is a modest size but flat and the pitches are well maintained. The toilet block and washing up facilities are of the high standard we have come to expect from The Camping and Caravanning Club.  The site shop has a good stock of essentials but the supermarket is only a couple of miles away if you need a bigger shop. We wondered whether the noise of the theme park would be an issue? We can honestly say that we barely heard it all weekend. You can see the top of one roller coaster from the site but look around you and all you can see is green, blissful.

The site is very conveniently located in the village of Hayfield in the Peak District, less than an hour’s drive from Manchester . On arrival, we were greeted by the site manager, Steve, who was extremely friendly and helpful. It was raining hard when we arrived so it was a relief not to have to pitch a tent. The joy of a motorhome is that we just need to plug into the electric hookup and we are all set up. Our electric cable didn’t quite reach the electric point, so Steve very kindly offered to lend us his. First lesson learned – bring the extension lead! Steve also gave us lots of other useful tips about our motorhome, guided us through filling and emptying the waste water and recommended some excellent maps and books geared towards motorhoming – way beyond the call of duty!

Theobalds Park Camping and Caravanning Club Site is situated to the north of London , just inside the M25 and outside of the Congestion Charge Zone. We decided to use it for an overnight stop in our caravan when we went to visit the new Gringotts Wizarding Bank attraction in the Making of Harry Potter at Warner Bros Studio Tour London, which is 19 miles away from the Site.

We chose a lochside pitch, literally yards away from the pebble shore and with breathtaking views of the loch, Ben Lomond mountain and the surrounding hills.  To be honest though, most pitches would have had pretty amazing views as the pitches were well spaced out, and many of the caravan and tent pitches were on a slope at the back of the site.  The site has 150 pitches but seemed much smaller – probably because it’s separated into two parts and you can’t see one from the other as they’re either side of the wash block.

The site is located on the Lleyn Peninsula in North Wales, a five minute drive from Criccieth. It is a short walk along quiet country lanes to the village of Llanystumdwy, which has one pub and a museum dedicated to Lloyd George who lived in the village until the age of 16. The site has 70 pitches, most of which are sloping.  There are no real views to be had from the site, unlike other sites in the area.  The site is located between two roads and there was noticeable noise from the traffic.  We didn’t really notice it when in the motorhome but our friends in the tent found it disturbed them at night.

Remember to PIN this post so you can find it again easily! 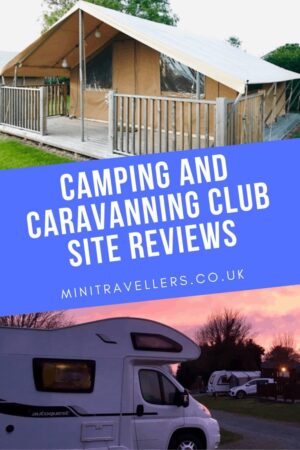