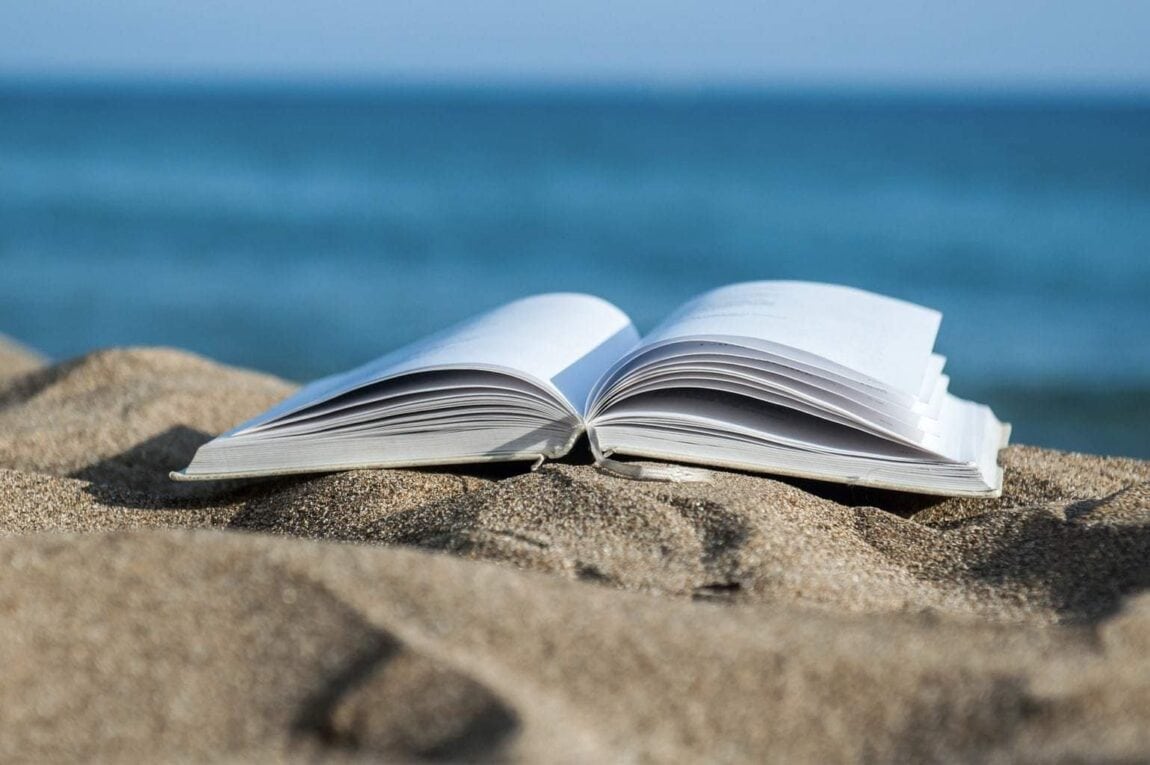 25 Books to Read on Holiday

Here are some of my favourites and some from others too…

: Jack Kerouac’s novel is a brilliant blend of fiction and autobiograpical. One of the most influential and important novels of the 20th century, On the Road is the book that launched the Beat Generation and remains the bible of that literary movement. Compulsory reading for all backpackers as Kerouac hitches backwards forwards across the states in search of Jazz, drugs, sex and the meaning of life.

In Patagonia: A vintage classic due to the beautifully written prose. In Patagonia is an account of Bruce Chatwin’s travels to Argentina in search of a strange beast and his encounters with people on the road.

I fell in love with this book whilst in Delhi.  The book follows the story of an escaped Australian convict who finds his way to India where he falls in love, works for gangsters, fights the Russians in Afghanistan, gets imprisoned in Bombay, becomes a professional forger and an amateur doctor and experiences life in an Indian slum. It’s a fabulous book although not entirely realistic!

A Thousand Days in Venice: is filled with the foods and flavours of Italy and peppered with recipes and culinary observations. But the main course here is about a woman who falls in love with both a man and a city, and finally finds the home she didn’t know she was missing.  Read whilst looking out at the Grand Canal or sipping coffee on the Piazza.

Shogun: Cathy from Mummy Travels recommends reading Shogun when in Japan, it really helped to bring some of the palaces and temples to life (the story has you hooked too).

: A fascinating, but difficult read about Afghanistan under Taliban rule. Two young boys, whose fate is sealed together.  One of whom is able to escape to America whilst the other stays behind.

: Another inspirational book about Afghanistan.  Mariam is only fifteen when she is sent to Kabul to marry Rasheed. Nearly two decades later, a friendship grows between Mariam and a local teenager, Laila, as strong as the ties between mother and daughter.

Captain Corelli’s Mandolin:  is perfect to read (or re-read) when you’re on any of the Greek islands.  I first read this at a tender 17 years old and cried and cried and cried.  As I’m typing this I realise I have a copy in the bookshelf and I’m going to pack it for my next trip. This beautiful love story is a multi million copy bestseller.

The Motorcycle Diaries: A travel classic, these are the diaries of Che Guevara in which he travels around South America by motorbike. A book that is ALWAYS on the list of best books to read while travelling.

Survival in The Killing Fields: I read this and the next book whilst staying in Raffles in Phnom Penh Hands-down it is tragic, uplifting, heart breaking, and gut wrenching!  Best known for his academy award-winning role as Dith Pran in “The Killing Fields”, the author’s greatest performance was not in Hollywood but in the rice paddies and labour camps of war-torn Cambodia. This is his memoir of life under the Khmer Rouge.

First They Killed My Father: is an unforgettable book told through the voice of the young and fearless Loung. It is a shocking and tragic tale of a girl who was determined to survive despite the odds.  Reading this whilst in the Country brought areas to life in a way I just couldn’t ignore.

A Room with a View: Trish of Mums Gone To loved reading this by EM Forster when she was on holiday in Tuscany. She followed the romance of Lucy Hornchurch and George Emerson as it developed in Florence and the surrounding countryside.

My Family and Other Animals: Penny from Parentshaped loved reading this book by Naturalist George Durrell, in Corfu where the author grew up and the book is set, mainly while watching my family and other animals playing in the rock pools on the beach.

Blood River: When Daily Telegraph correspondent Tim Butcher was sent to cover Africa in 2000 he quickly became obsessed with the idea of recreating H.M. Stanley’s famous expedition – but travelling alone. Despite warnings that his plan was ‘suicidal’, Butcher set out for the Congo’s eastern border with just a rucksack and a few thousand dollars hidden in his boots. Making his way in an assortment of vessels including a motorbike and a dugout canoe, helped along by a cast of characters from UN aid workers to a campaigning pygmy, he followed in the footsteps of the great Victorian adventurers.

A House in Sicily by Daphne Phelps  was a favourite of Daisy from Dais Like These read before she visited Taormina, where the book is set, and then dragged her husband to find the house with her!

A Walk in the Woods:  I love listening to Bill Bryson, he has a hilarious voice and in this tale of walking Bill Bryson sets off to hike the Appalachian Trail, the longest continuous footpath in the world. Ahead lay almost 2,200 miles of remote mountain wilderness filled with bears, moose, bobcats, rattlesnakes, poisonous plants, disease-bearing tics, the occasional chuckling murderer and – perhaps most alarming of all – people whose favourite pastime is discussing the relative merits of the external-frame backpack

The Great Railway Bazaar; By Train Through Asia

: Paul Theroux’s account of his epic journey by rail through Asia. Filled with evocative names of legendary train routes – the Direct-Orient Express, the Khyber Pass Local, the Delhi Mail from Jaipur, the Golden Arrow to Kuala Lumpur, the Hikari Super Express to Kyoto and the Trans-Siberian Express – it describes the many places, cultures, sights and sounds he experienced and the fascinating people he met. Here he overhears snippets of chat and occasional monologues, and is drawn into conversation with fellow passengers, from Molesworth, a British theatrical agent, and Sadik, a shabby Turkish tycoon, while avoiding the forceful approaches of pimps and drug dealers.

My Brilliant Friend: Elena Ferrante’s My Brilliant Friend instantly transports you to the chaos and grit of Naples. You can almost feel the edgy vibe of the neighbourhoods seeping through the pages. Then in a flash you are taken to the idyllic island of Ischia were the pace of life is slower and gentler and mostly spent on the beach. Katy of Untold Morsels devoured the novel in the space of a few days and just thinking about it makes me long for Italy.

The Island: When Sarah of The Family Travel Times went to Crete, she thought it was amazing to see the real island of Spinalonga out of their window every day. It has just an amazing, sad story. Just the perfect book for a holiday to Crete.

Left to Tell: One Woman’s Story, Immaculée, who survived the slaughter in Rwanda. For 91 days, she and seven other women huddled silently together in the cramped bathroom of a local pastor while hundreds of machete-wielding killers hunted for them.  Having visited the genocide museum in Rwanda on our latest trip knowing this story broke me.

The Magus: Reading this book by John Fowles on the Greek island of Spetses was so powerful Kirstie from The Family Adventure Project almost imagined the cast of characters to walk around the corner or show up as if by magic in the trees and the whitewashed villages.In fact the writing was so evocative and the smell of pine forest so overwhelming that twenty years on she can imagine herself back there now without even picking up the book from her shelf. The Magus was seen as a precursor to…

The Beach: is an essential for all young travellers to Thailand. This book had just been released when I was backpacking round the world and this book could be found in every hostel and on every beach. My own copy is soggy, torn and barely readable but I won’t let it go.

A Suitable Boy: Vikram Seth’s novel is, at its core, a love story: the tale of Lata – and her mother’s – attempts to find her a suitable husband, through love or through exacting maternal appraisal. At the same time, it is the story of India, newly independent and struggling through a time of crisis as a sixth of the world’s population faces its first great general election and the chance to map its own destiny.

: Jon Krakauer’s Into the Wild examines the true story of Chris McCandless, a young man, who in 1992 walked deep into the Alaskan wilderness and whose SOS note and emaciated corpse were found four months later, internationally bestselling author Jon Krakauer explores the obsession which leads some people to explore the outer limits of self, leave civilization behind and seek enlightenment through solitude and contact with nature..

The Alchemist: Santiago, a young shepherd living in the hills of Andalucia, feels that there is more to life than his humble home and his flock. One day he finds the courage to follow his dreams into distant lands, each step galvanised by the knowledge that he is following the right path: his own. The people he meets along the way, the things he sees and the wisdom he learns are life-changing.

Why not PIN this! 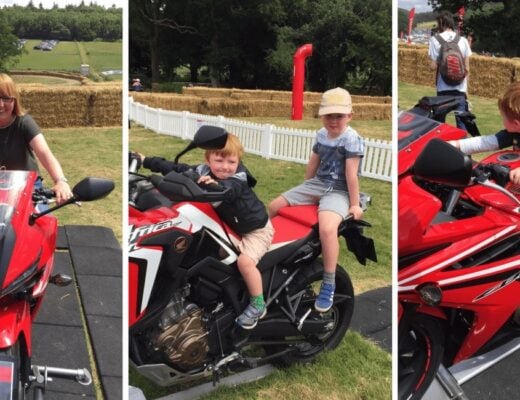 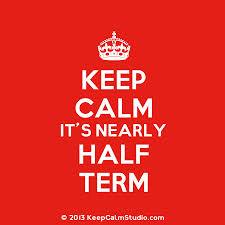 Half Term – Fantastic or Nightmare? 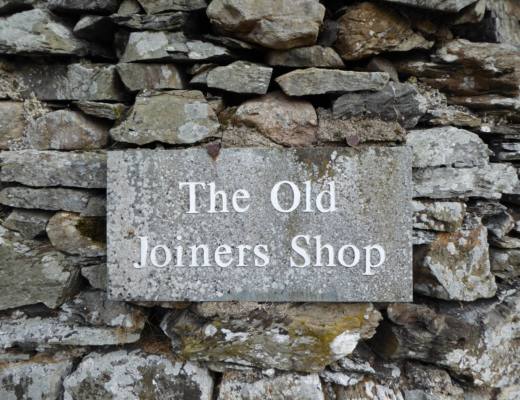 20th October 2015
Previous Post Is it worth taking a 5 year old to the Roald Dahl Museum and Story Centre?
Next Post Family Day Out in London on the River