Here at Mini Travellers we are always looking for different days out, and when I asked my 3 year old what she wanted to do when her godfather came up from London she announced that she wanted to climb a mountain. Daddy had just climbed the National 3 peaks for a charity close to his heart Friends of  Rwandan Rugby,  so mountain climbing was all we were talking about that week.  A quick facebook post to friends to find out if anyone knew of any 3 year old accessible mountains, brought the suggestion Beeston Castle.  Even though it is only about an hour away from us we hadn’t been before.

Beeston Castle and Woodland Park near Tarporley seemed perfect for our 3 year old as it was not only a mountain (big hill!) but it had a castle at the top. What more could you want as a Mini Traveller.  The slight flaw in the plan was,  as some of you will know from earlier reviews, we don’t only have a 3 year old, but we have two year old twin girls too. Would they manage to climb the mountain, or would I have to try pushing the double pram?? 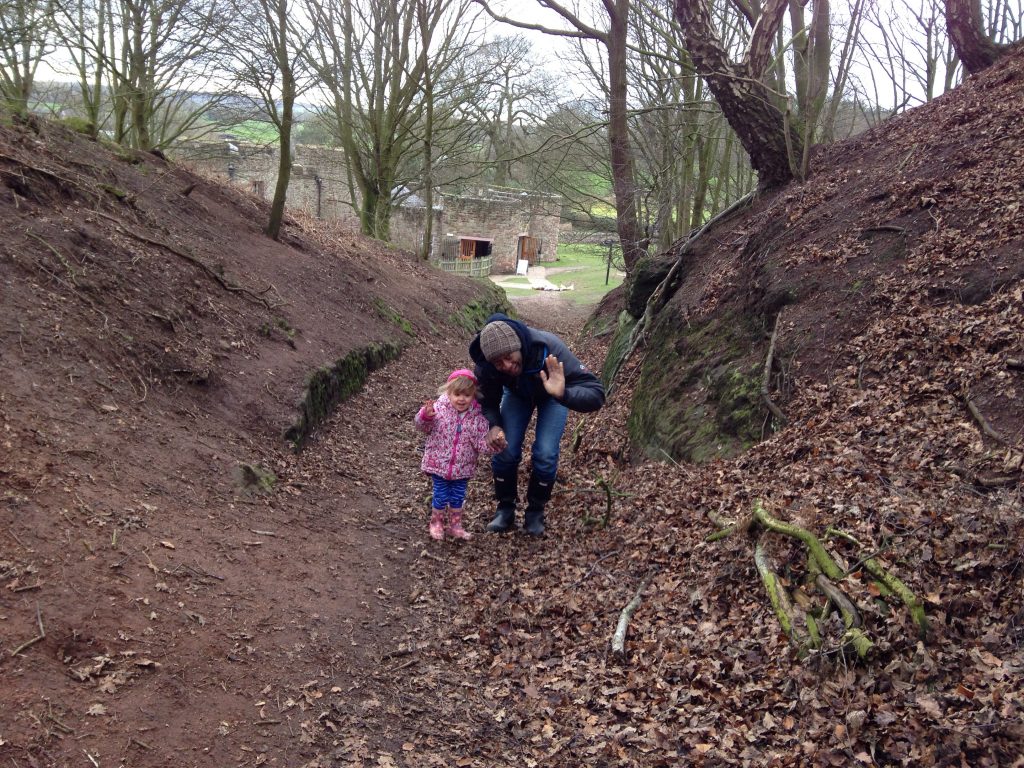 The castle is run by English Heritage.  We aren’t members (there aren’t a lot of places near us to make membership worthwhile) so we had to pay an entrance fee of £6.10 per adult, although children under 5 are free. An enterprising land owner across the road had also set up a car park and we had to pay around  £3 to park there. 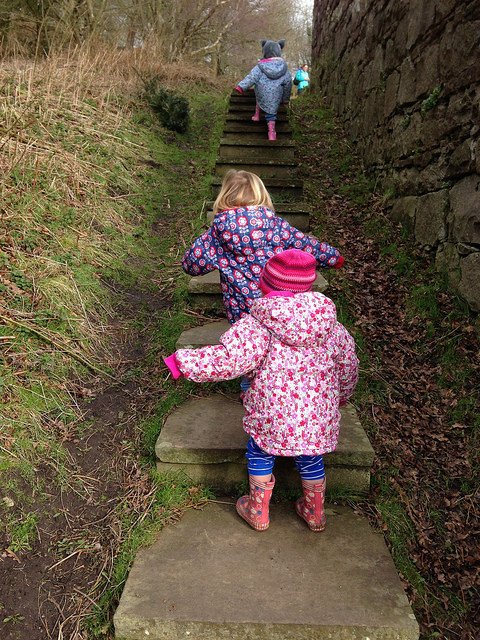 The mountain/hill did seem pretty steep but we put on our hats and scarfs, told the Mini Travellers this was going to be a very exciting adventure and set off up the hill.  My three girls are used to walking as its hard for us to get them all around in pushchairs, so they managed the mountain with relative ease.  It does get pretty steep right at the top near the Castle itself and they needed their hands holding as they climbed up the bridge to cross into the castle, but they absolutely loved running about on the paths and climbing the exciting mountain, we even had to have some of our picnic on a log half way up; it was only 11.00am. 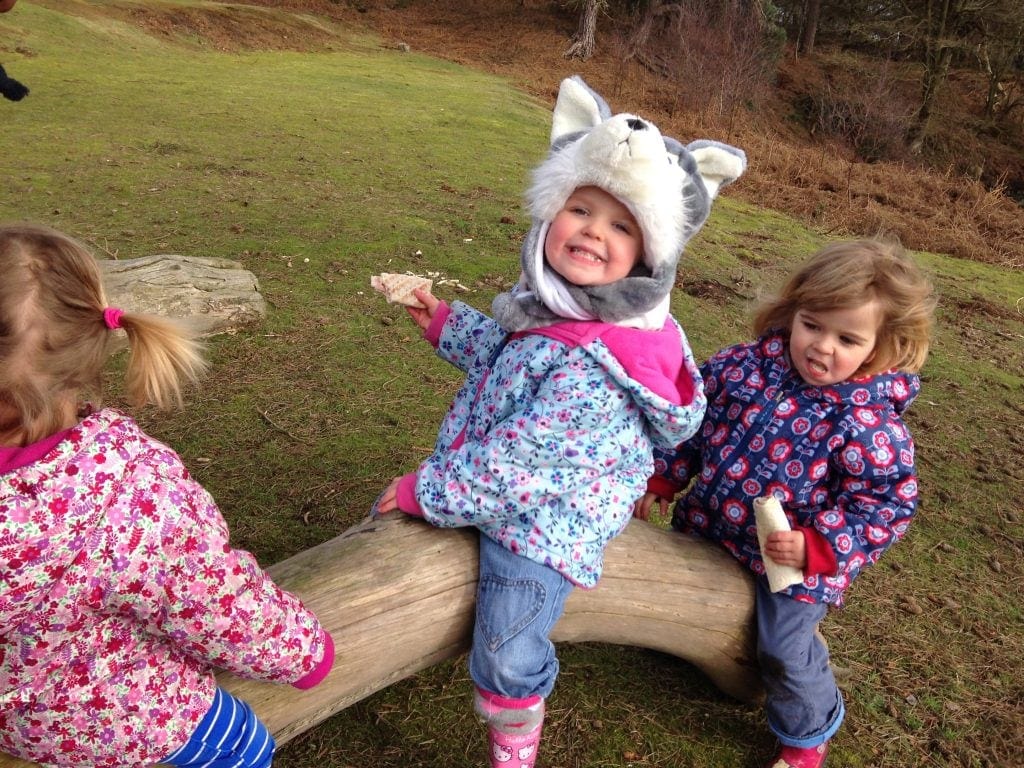 The wind really took our breath away at the top of the hill.  It hadn’t felt that cold at the bottom, but by the time we got to the top it felt like we were going to get blown off the top.  We sheltered in the derelict tower and ate some more sandwiches and drank our juice but it wasn’t exactly relaxing.  At that point I saw a woman come along the bridge pushing a double buggy with a toddler walking behind. She didn’t exactly make it look like it was easy, but it did mean that it is doable to push a large pram to the top.  I spoke to her on the way down and she said they would definitely come back next summer when her three could all run up themselves. 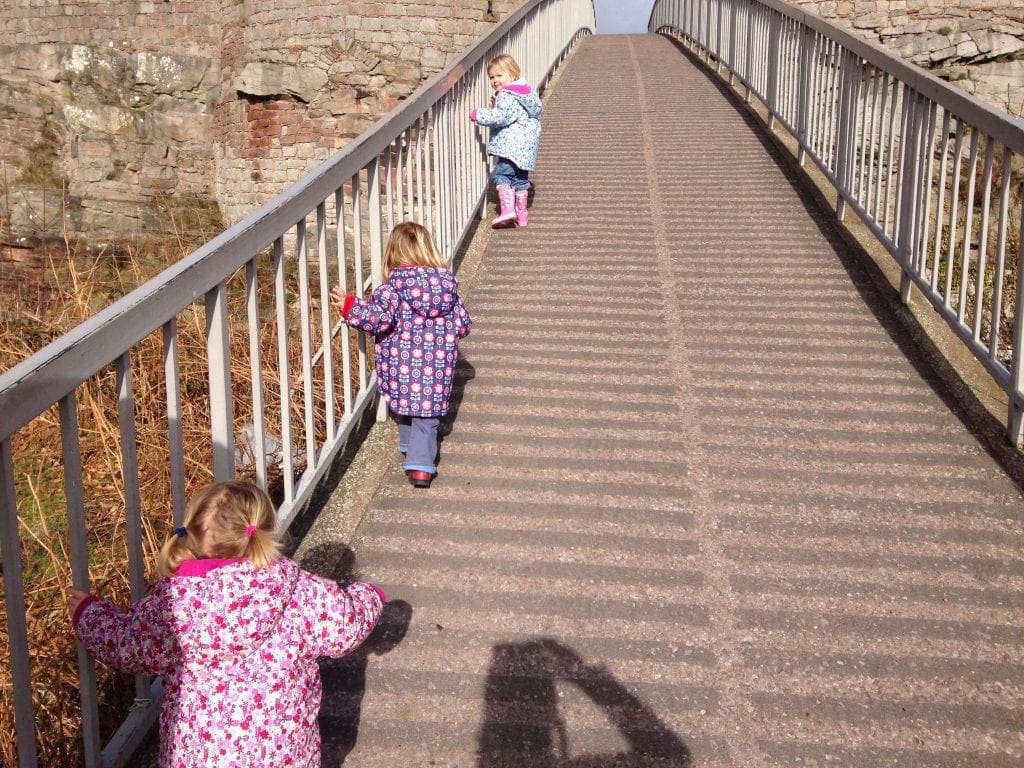 It was easier on the way back down for the Mini Travellers, although at points I did wonder if they were going to be able to stop when they started running so quickly, but they seemed to manage the descent unscathed which is actually quite something for our three.

By the time we got back to the car, having stopped for toilet trips in the little shop/cafe, it was around 12.00, so it had probably taken us about an hour and a half.  If it had been warmer at the top we would probably have stayed up there for longer, but as it was still early we decided to go to Cheshire Ice Cream Farm on the way home. Full review on Cheshire Ice Cream Farm to follow when I stop thinking about how yummy their ice cream is! 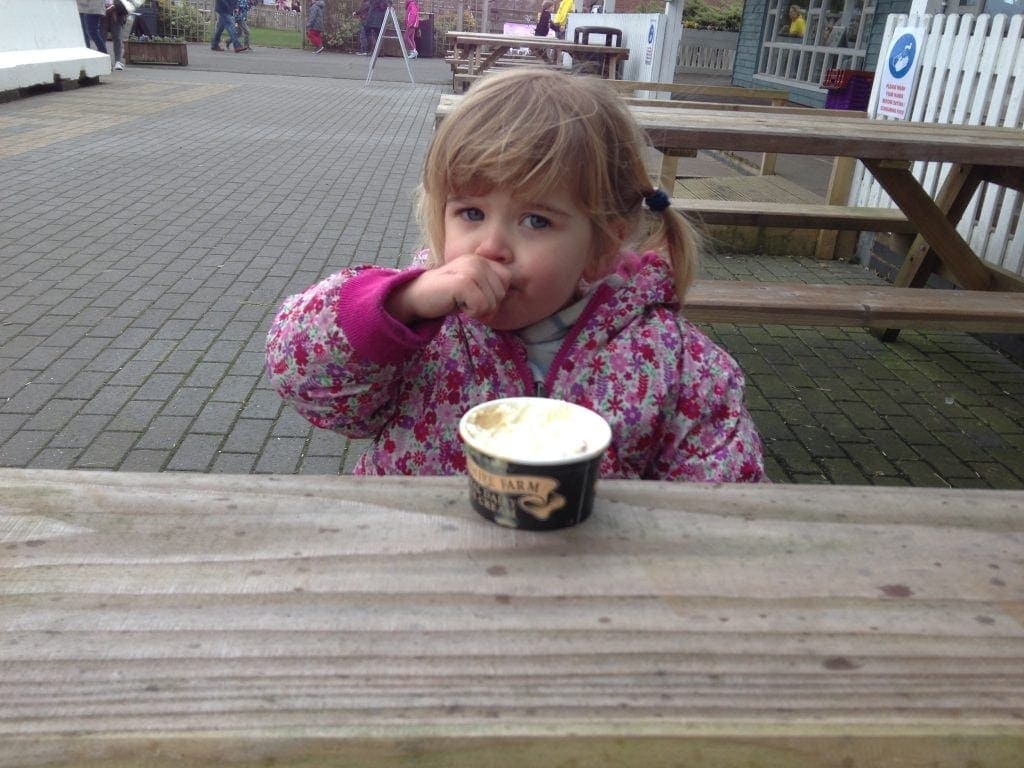 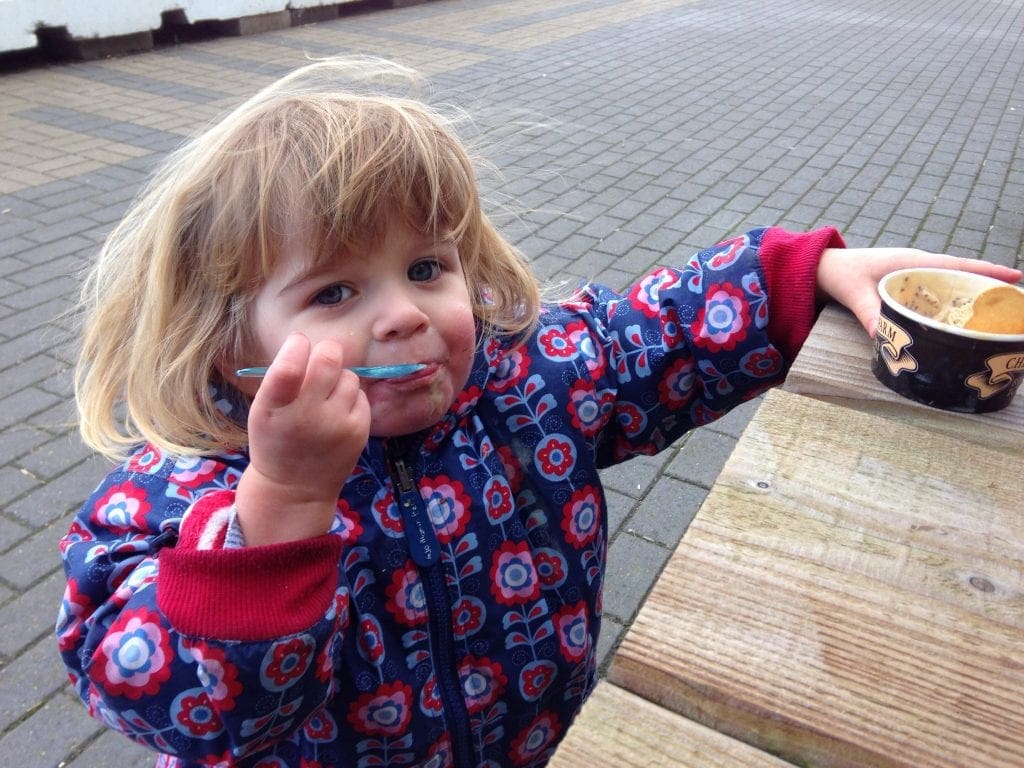 It sounds like a great activity for an active family!

Sounds like another great day out for you and the Mini Travellers!!